Established in 1907, Pike Place Market is one of the United States' most celebrated draws. Nestled between Puget Sound and Seattle, this beloved, vibrant neighborhood comprises independent businesses, local farmers, buskers, and artists. The public Market has a reputation to uphold as an incredible experience and must-see Seattle attraction.

Pro Tip: The best time to visit the Market is early in the morning when it's less crowded. The busiest days are from Monday through Thursday.

Related Post: What are the Top Things to Do in Seattle When It Rains?

Located in the heart of downtown Seattle's Historic District, Pike Place's boundaries are from 1st Avenue to Western Avenue (east to west) and from Virginia Street to Pike Street (north to south). Just six minutes from Seattle's renowned 605-foot-tall Space Needle, visitors can hit both hot spots on the same day.

Fun Fact: Did you know the first original Starbucks opened in Pike Place in 1971. Thank you, Seattle!

The open-aired Pike Place Fish Market is famous in its own right for more than selling the freshest fish in town. The Market offers fresh, wild, premium Pacific seafood with a playful ambiance. Watch as the fishmongers throw salmon, halibut, and the occasional turbot through the air, featuring the true catch of the day!

The Market is open seven days a week from 9:00 a.m. to 6:00 p.m. with some restaurants staying open until midnight or later. Pike Place is closed on Thanksgiving and Christmas Day.

Pro Tip: Public restrooms are located in four destinations across the Market, with the first being in the Main Arcade under the Public Market Center clock sign. Others are in the DownUnder, (down the ramp from City Fish), in the Sanitary Market behind Jack's Fish Spot, and in the Soames Dunn Building, the same building as the First Starbucks.

Related Post: Seattle Outdoor Activities: 9 of the Most Epic Adventures

Where Can I Park?

The most convenient place to park at the Market is in its parking garage, with over 800 spots, including electric vehicle charging stations and three entrances/exits. Two entries are on Western Avenue, and the third is on Alaskan Way.

7 of the Best Pike Place Market Restaurants, Cafes, and Bars

Tourists come for the fish throwing, gum wall, and craft stands but stay for the abundant choices of shops, bakeries, restaurants, and bars.

Pro Tip: Pets are not allowed in the Market buildings or the Main Arcade. Only trained service animals are permitted.

As famous as the fishmongers, this Seattle tradition isn't for the faint of heart. The first step is to buy some Trident, Juicy Fruit, or Bubbalicious, then stuff your mouth with as many pieces as you can and chew. Then head to Post Alley at the Market Theater and add your glob to the gooey, germ-ridden Gum Wall. We kid you not! It's a thing. 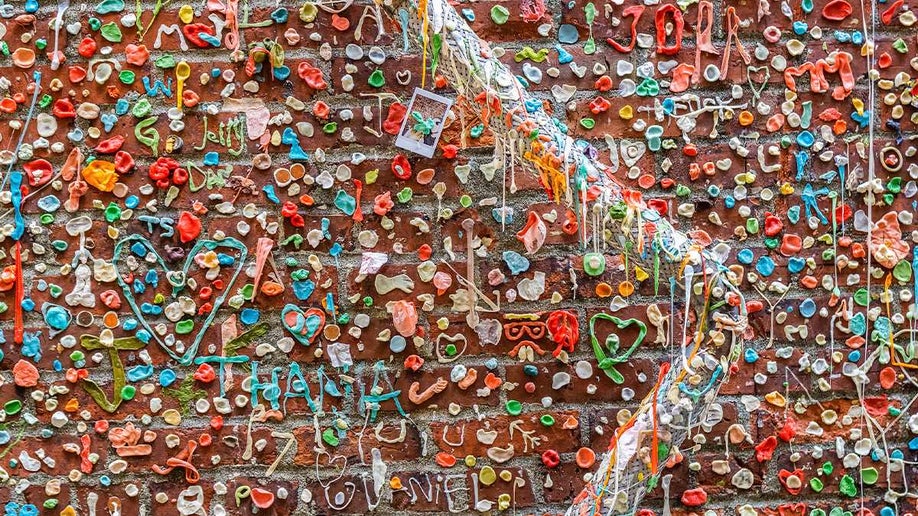 If you don't find the Gum Wall fascinating, put on your Keds and take the nighttime historical walking tour of the Market to witness some paranormal happenings. Tickets can be purchased at Ghost Alley Espresso.

Pro Tip: Pike Place Market walking tours fill up quickly, so it's best to book ahead to secure your spot.

Related Post: Seattle After Dark: 13 of the Top Things to Do in Seattle at Night

This Market highlight attracts hundreds of photographers daily. Rachel takes in nearly $200,000 annually, profiting local Seattle area charities, and it's said that if you rub her snout while you make the donation, good luck and fortune are sure to follow! The 550-pound bronze cast piggy bank, by sculpture Georgia Gerber, is located under the Public Market Center clock.

Photo Alert: Add to your Instagram story with this fabled Seattle landmark, Rachel the Pig.

The notorious Heaven's Gate cult, whose leader and 38 members killed themselves in a San Diego mansion in 1997, raised $1.6 million for the Market in a 1985 fundraiser and purchased the stunning tile on the Market's upper floor.

This unique museum filled with the world's most extensive collection of shoes is worthy of a brose. The collection includes a wingtip from the world's tallest man Robert Wadlow, who stood an estimated eight-foot, eleven inches!

These buskers add to the fun-loving environment and entertain hundreds daily with their talent, artistry, and sheer will.

Related Post: 19 of the Best Free Things to Do in Seattle 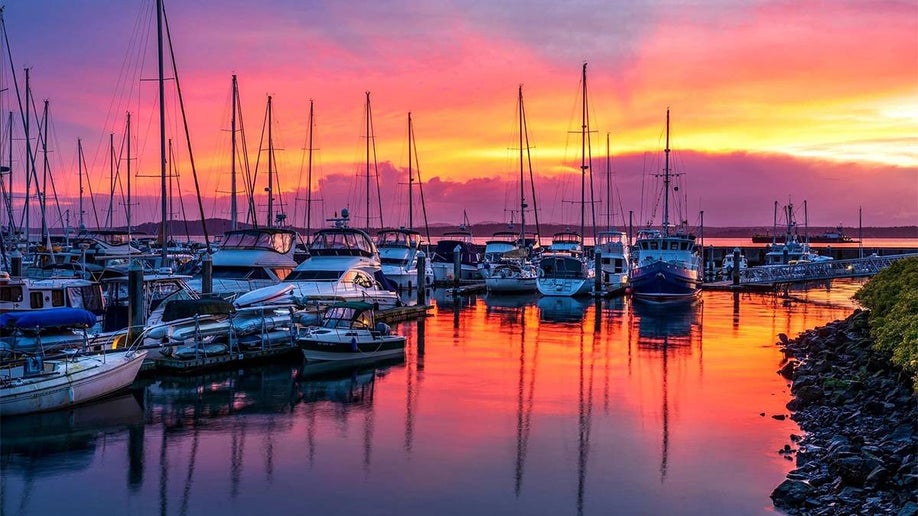 An essential feature of Pike Place for the past 38 years is the charitable Foundation that has contributed to numerous social services, including economic stability, education, housing, healthcare, and access to nutritious food.

The Foundation's neighborhood model contributes to a diverse, healthy community and is still thriving today. The organization partners with community builders to create a sustainable network of programs and services to support residents, workers, and families of the Market.

Related Post: 16 Fun Things to Do in Seattle with Kids: A Parent's Guide

In 1982 the Indochinese Farm Project partnered with Pike Place to help Vietnamese and Hmong refugees from the Vietnamese war. The project employed over 30 families at the Market.

The great philosopher George Santayana said it best, "Those who fail to learn the lessons of history are doomed to repeat it."

Seattle’s Pike Place Market is one of the country’s oldest and largest farmers markets,…