14 Best Aquariums in the U.S. Everyone Should See 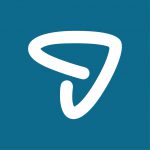 Aquariums provide travelers with a glimpse into life under the sea. But, the best aquariums in the U.S. offer far more education and entertainment.

Americans are lucky to live in a country with hundreds of spectacular U.S. aquariums that offer some of the most unique and educational experiences available to enthusiasts of oceans, lakes, rivers, and the animals and plants that inhabit them.

Today we are covering 13 U.S. aquariums that stand out from the pack. In addition, we are offering some of the most incredible days out available to adults and children alike.

The Aquarium of the Bay features over 20,000 specimens of a wide variety of the diverse and beautiful marine life that the Northern California coast has to offer.

Highlights include the immersive experience of walking through the tunnel tanks. Also visiting the interactive transparent touch pools is a must-see.

Divided into sections based on the different ecosystems and regions of the Pacific Ocean, the Aquarium of the Pacific offers a spectacular display of oceanic animals and marine life.

In addition, there are entire exhibits that are dedicated to sharks, penguins, sea otters, coral reefs, and jellyfish, in addition to the Northern Pacific, Tropical Pacific, and Baja galleries.

Visitors should also be sure to check out the extensive exhibits on frogs and Australian birds as well.

It is hard to pick the highlights of a visit to the Clearwater Aquarium, which features a number of spectacular marine animals, many of them rescues.

Visitors have an opportunity to get up close and personal with the center’s rough-toothed dolphins, bottlenose dolphins, sharks, and stingrays.

Related Post: 10 Totally Free Things to Do in Tampa

Perhaps the most unique exhibit is on aquaponics, where visitors can learn how a fish tank is essential to growing the lettuce that feeds the center’s rescued sea turtles – all without soil!

While it might be hard to think of visiting an aquarium while so close to the famous beaches of Key West, the Key West Aquarium has plenty of tempting attractions.

The morbidly curious can visit the Scavengers of the Deep exhibit. This allows visitors to see some of the most odd and frightening creatures that inhabit the ocean floors.

Meanwhile, those looking for a more lighthearted experience can visit the facility’s touch tank, where they can touch and even hold sea stars, urchins, crabs, sea cucumbers, whelks, and conchs, the famous symbol of Key West.

Calling this experience in Austin an aquarium is almost doing it a disservice, as it features a wide variety of exotic creatures you might not expect to find at an aquarium.

In addition to the expected sharks, stingrays, and rainbows of fish, the Austin Aquarium is home to lemurs, coatimundis, tropical birds, kangaroos, and even a mermaid.

Related Post: 25 Absolutely Free Things to Do in Austin TX 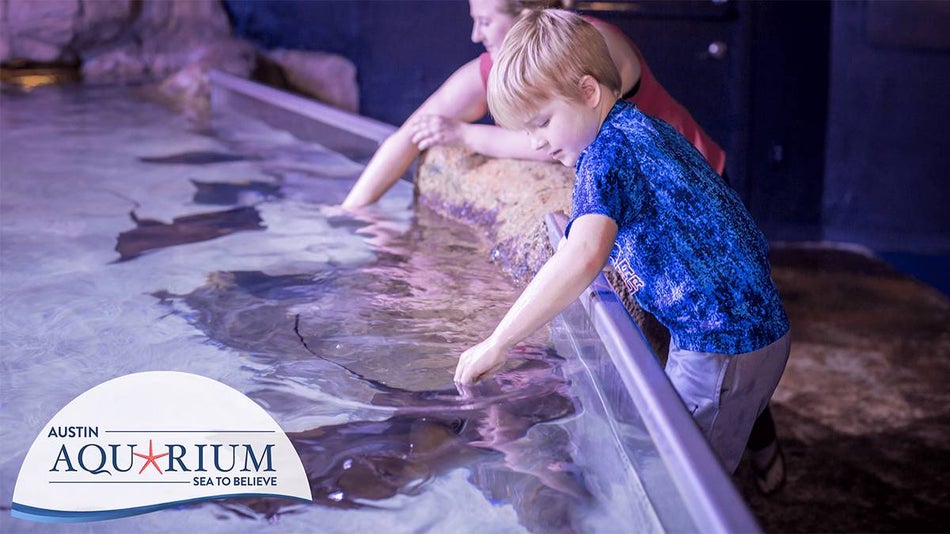 The San Antonio Aquarium boasts thousands of species of marine life and more. In addition, visitors can pet and interact with first-hand with:

Speaking of first-hand experiences, the bravest visitors can also “walk the plank” and get the chance to swim with the aquarium’s sharks.

Related Post: 25 of the Most Amazing Free Things to Do in San Antonio

The Florida Aquarium features a number of exhibits focused on its native environs. It also includes a Florida wetlands habitat and an in-depth look at conservation projects for the Florida Reef Tract.

It also explores the international oceans with an exploration of the Madagascar marine ecosystem and a Pacific Ocean touch tank.

Related Post: 7 of the Top Things to Do in Tampa at Night

Meanwhile, other highlights include the kids’ Splash Pad, the 4Ducks 4D theatre, the jellyfish touch tank, and the peaceful Aquatic Lounge.

The fun continues when you visit Shedd Aquarium. Boasting 12 different exhibits with animals from all around the globe. Shedd Aquarium continues to be a leader in aquatic animal conservation.

Shedd's newest exhibit "Underwater Beauty" hosts over a thousand animals representing over 100 species. It is truly an aquatic masterpiece.

Shedd Aquarium also offers various animal encounters such as the "Penguin Encounter" and the "Beluga Encounter." Although, the Stingray feeding is one of their most popular experiences.

The Wonders of Wildlife is a combined aquarium and museum bills itself as “The Largest Immersive Wildlife Attraction in the World.” It was also voted America’s Best Aquarium in a USA TODAY readers’ poll.

Some of the features that have earned it these accolades include:

Related Post: 17 Absolutely Free Things To Do in Branson, Missouri

The Wonders of Wildlife displays of some of the largest fish in the world, including the Pacific octopus, alligator gar, as well as the goliath grouper.

The crowning jewel of SeaLife Orlando is the 350,000-gallon, 360-degree tunnel tank, the most immersive experience you can have with ocean life while also remaining completely dry.

Other exciting exhibits include the opportunity to feed a school of tangs (a tropical fish related to Dory from Finding Nemo). In addition, visitors can explore the ecosystems of coastal rock pools, observe a wall of jellyfish and touch real sea stars and anemones

Perhaps the highlight of any visit to the Georgia Aquarium should be the new shark exhibit. During a visit to this exhibit, visitors receive a one-of-a-kind opportunity to get up close and personal with these most feared and misunderstood denizens of the deep.

Particularly fearless visitors can even pay to cage-dive with the sharks in the exhibit.

Related Post: 21 of the Top Things to Do in Atlanta with Kids: A Parent's Guide

The kid-focused Aquanaut Adventure exhibit offers children an interactive look at animals that live in extreme environments. Meanwhile, the River Scout gallery is crowned (literally) with an overhead freshwater “river.”

Visitors to the Miami Seaquarium will have a hard time choosing what to do first with choices such as opportunities including dolphin and orca shows, a walk along the ocean floor, as well as a face-to-face encounters with dolphins, sharks, stingrays, seals, and penguins

Other exhibits feature manatees, flamingoes, tropical fish, multiple species of sea turtles, a recreation of a South Florida swamp, as well as exploration of the University of Miami’s coral reef restoration project

Related Post: Indoor Activities in Miami: What to Do When the Weather Gets in the Way 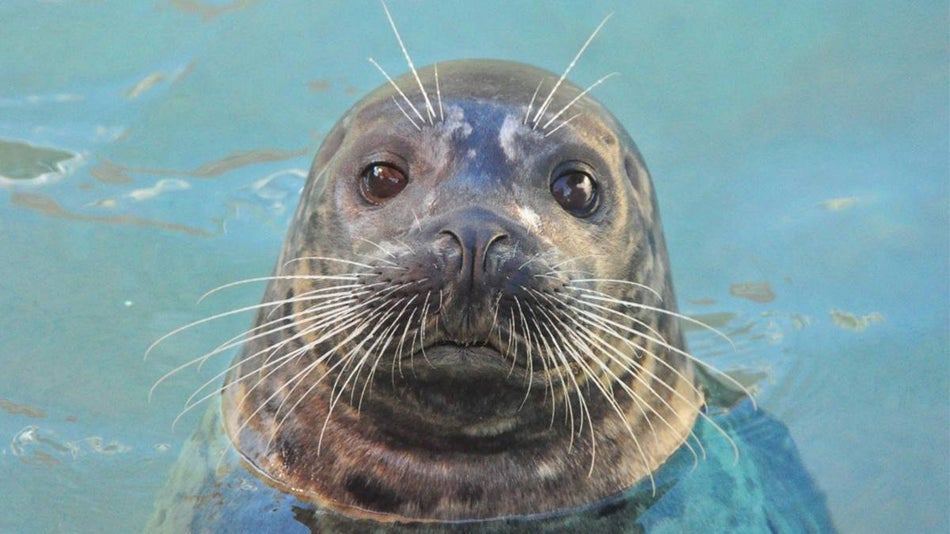 Perhaps the biggest draw of the St. Augustine Aquarium is the many interactive experiences it offers.

Visitors can take a guided tour of the outdoor facility with an experienced marine biologist. Also, there is snorkeling with the fish and rays of the local Florida reefs.

Related Post: Unforgettable Romantic Things to Do in St. Augustine for Couples

Meanwhile, visitors can even get a chance to feed the fish and cownose rays. Also, those looking for a one-of-a-kind souvenir can even get a t-shirt or painting done by the facility’s three sharks.

Because it is affiliated with UC-San Diego’s Scripps Institute of Oceanography, the Birch Aquarium is perhaps the best aquarium on this list. Therefore, anyone looking for a robust educational experience should be sure to include a visit to this aquarium.

Scientists studying at Scripps present their groundbreaking research as part of the aquarium’s Perspectives on Ocean Science lecture series. In addition, visitors can book a sunset walking tour along the institute’s research pier.

The center’s more accessible fare includes a chance to explore the nearby tide pools. Meanwhile, there's an exhibit inspired by both comic book superheroes and some of the strangest ocean creatures in the world.

Wherever you are, you can be sure of finding a spectacular day trip at the local aquarium in the U.S. In addition, these U.S. aquariums offer the flair and one-of-a-kind experiences that will turn a day out at the aquarium into the best day ever.

What Best Aquariums in the U.S. Did We Miss?

Have any personal favorites? Which best aquariums in the U.S. did we miss? Leave a comment below!

David Thomas has been keeping fish since he was a child and has kept over 12 different setups. His favorite is his freshwater tank with Tetras and Loaches. ...