How to Conquer the Magic Kingdom in One Day

With a game plan, plenty of energy and a little bit of help you can have the best day ever at “The Happiest Place on Earth.” 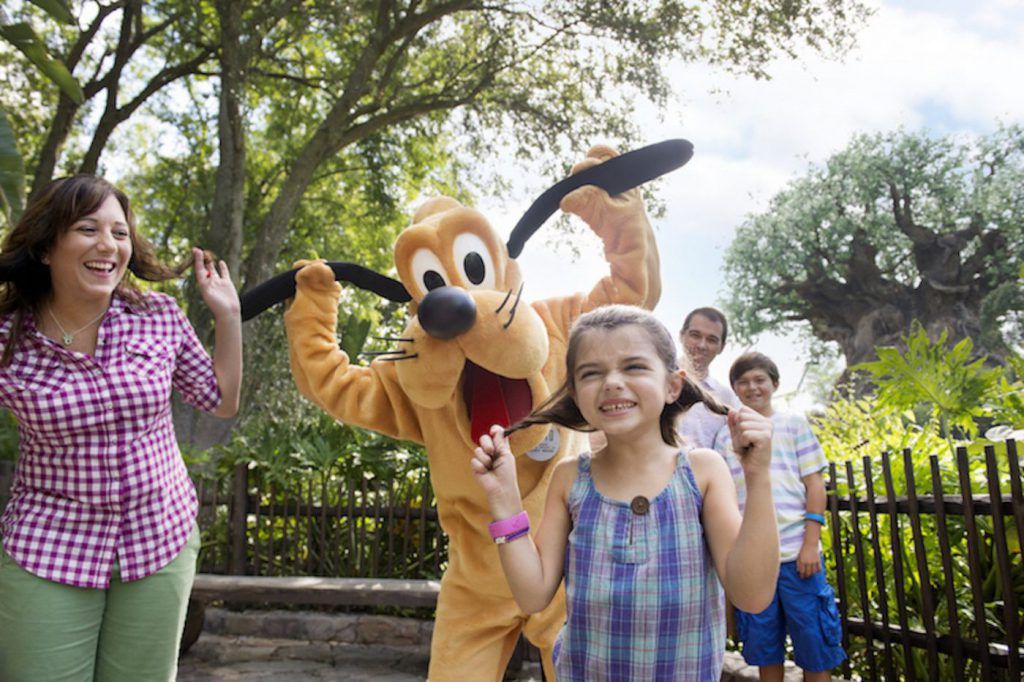 Magic Kingdom in One Day Itinerary

To make the most of your time, and truly get the full Disney experience, you really need to stay at a Disney World Resort. Ideally, you’re starting your day here rather than off-site. For this Magic Kingdom in one day itinerary, home base is Disney’s Grand Floridian Resort.

All Disney resort guests should take advantage of Extra Magic Hours. This perk lets you arrive early and stay later than off-site guests. Meaning, you have the park when it’s less crowded and more fun! Use the complimentary Disney bus to shuttle to the park. Once there, the best way to start your day is at Cinderella’s Royal Table. This character breakfast is perfect for the princess in your family. Further, it’s located inside Cinderella’s Castle which makes even an adult like me feel super special. After eating and taking about a million pictures with classic Disney Princesses, it’s time to for your first ride!

Seven Dwarfs Mine Train is nearby in Fantasyland. It should be your first Genie+ pick. With the revamped MyMagic+ program, you get three per day. But, you’ll get more after you’ve used the first batch. That said, this ride is the newest addition to Fantasyland and always has long lines—so avoid them if you can!

Next, stroll through the rest of Fantasyland before hitting up Tomorrowland. There, you can tackle Space Mountain and meet Buzz Lightyear. He’s usually posing for pictures near his Space Ranger Spin ride. As you’re exiting Tomorrowland there’s a prime photo op. Generally, there’s a Disney photographer there. Take time to take a picture as the Castle is picture perfect from this location.

Cross over to Liberty Square to ride The Haunted Mansion. By now, breakfast may have worn off. Columbia Harbor House is adjacent to the attraction. So, you can quickly grab a bite to eat at one of the best lunch options in the Magic Kingdom.

Start the afternoon in Frontierland, where you should use a Genie+ to ride Splash Mountain. Even though this ride has been around since the park’s opening, it still draws a crowd. In addition, Big Thunder Mountain Railroad is right next door. Be sure to ride this as well.

Next, make it your priority to view the parade. As this is Disney’s newest spectacle it draws a massive crowd (as almost all Disney parades do). Don’t waste your time holding a spot. Instead, waltz up right before the parade begins for VIP viewing.

Adventureland has three main attractions: Pirates of the Caribbean, Swiss Family Treehouse and Aloha Aisle. The last mention is a snack stand but is the only place at the Magic Kingdom you can get a Dole Whip. These cool treats are legendary! So, when you’re in Adventureland you’ve got to have one.

Walk over to Main Street U.S.A. next. Here, I suggest meeting Mickey Mouse at Town Square Theater. Because, really, what's a trip to the Magic Kingdom without meeting the Mouse? I know you already splurged on breakfast at Cinderella’s Royal Table. If your budget covers it, make reservations for Be Our Guest restaurant too. It’s a must for any Beauty and the Beast fan. Dining here feels like you’ve walked onto a movie set, complete with falling snow and a magical rose. Alternatively, I recommend The Crystal Palace for dinner. It’s not as much of an event as the former, but Winnie the Pooh makes an appearance.

Thanksgiving Day is the beginning of Christmas at Orlando theme parks!

The atmosphere at the Magic Kingdom somehow becomes even more magical after dark. The park twinkles with light and nothing quite prepares you for the sight of the Castle. The impressiveness doesn’t end there, though. The Wishes Nighttime Spectacular, lasting an amazing 12 minutes, brings your favorite characters to life in the nighttime sky. As Tinker Bell flies around the Castle, you just may wish upon a star.

Experience the Best of the Magic Kingdom

Even if your time is short, you can conquer the Magic Kingdom in one day with this itinerary. Sure, you can't do it all but that's just a reason to come back! Believe me, once is not enough.