from Sopranos Sites
Join the mob on a trip through Sopranoland.

Featuring over 40 locations:
-Stop in at The Bada Bing to see where Tony and the guys hung out
- Check out Barone Sanitation, Tony's legitimate business
- Sit on the steps of the diner where Chris is shot
- See Pizzaland, The Muffler Man, and other sites from the opening credits
- Visit the spot where Big Pussy speaks with the FBI
- Stop at Father Phil’s Parish
- Sit in the restaurant booth where Tony sat in the final scene of the series

This is a 4 hour guided bus tour of Sopranos sites to become a Sopranos expert! Join us for sightseeing from NYC to the Jersey suburbs where Tony Soprano and his mafia buddies spend their days and nights. The tour guides are actors who have appeared as stand-ins or extras on the show and share little known facts and behind the scenes info. This one-of-a-kind tour is a “must” for any Sopranos fan.

Tours take place on luxury coach buses, which are air conditioned in the summer and heated in the winter. Buses are equipped with on-board restrooms.

Please note children under 12 years old, including babies, are unfortunately not allowed on the tour, as the content of the tour is not suitable for young children. Additionally, tour participants under the age of 17 must be accompanied by an adult of at least 18 years of age. 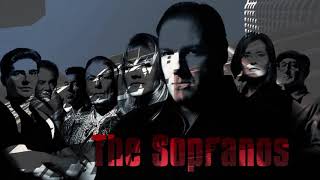 Have you been to Sopranos Sites ? Share your knowledge and be the first to review this.
Write a Review
Back to Top

Is there an age limit on this tour?
Children under 12 years old, including babies, are unfortunately not allowed on the tour, as the content of the tour and several of its stops are not suitable for young children. Additionally, tour participants under the age of 17 must be accompanied by an adult of at least 18 years of age. Please also keep in mind that a couple of the stops on the tour - such as the Bada Bing - do have their own age minimums, and it is up to the discretion of these establishments whom to allow in.

Are we on the bus the whole tour?
No. We get off the bus at a few locations along the way, giving you the opportunity to experience the locations and take pictures. Whenever you leave the bus, it is with the tour guide. The tour includes a mix of on-the-bus viewings of locations and stops to get off the bus to explore, all woven into the Sopranos story.

What exact locations do we visit?
The exact itinerary and route of the tour varies somewhat from tour to tour, so we can't say ahead of time exactly which locations will be visited on a specific tour. There are usually 3-4 scheduled stops on each tour, but due to weather, traffic conditions, etc, tour routes may differ from tour to tour. The Bada Bing is a location that is almost always stops on the tour. Please note that Tony's house on the TV show is not an included stop on the tour because: * The house is located an hour away from the tour route. * The house is located in a private residential neighborhood that does not allow buses.

Is there ever a circumstance when a location is omitted from the tour?
While it is extremely rare, we do sometimes need to skip or modify certain locations that usually are part of the tour. Since the tour is visiting real-life locations around New Jersey, the tour's itinerary can sometimes be impacted by traffic conditions, store hours, etc. On Location Tours assumes no liability or responsibility for: traffic conditions, access to sites, or other conditions beyond its control.

Are food and drink included on the tour? Can I bring my own?
No food or drinks are served on the tour besides maybe a light snack, but you can feel free to bring something of your own if it is neat and you're sure to remove all garbage from the bus at the end of the tour. Alcohol is completely prohibited on the bus.

Can I bring beer, wine, etc on the bus?
No, it is against New York State law and New Jersey State law to consume alcohol on a bus.

I heard I get to meet one of the actors from the show on the tour. Is this true?
While the actor who plays Vito often makes appearances on the tour, this is subject to his availability. Due to his hectic and often unpredictable filming schedule, we never know until the day of the tour whether he will be able to make it. Cross your fingers!

What type of bus is used?
The tour is conducted on a closed coach bus. It is heated in the winter and air conditioned in the summer.

Is there assigned seating on the bus?
Seating is first come, first serve. If you have a number of people in your party that want to sit together, you should make sure to arrive 15-20 minutes early. Guests that arrive late or right at the starting time are much more likely to have to split up their group.

Are the buses handicapped accessible?
Yes, but you need to contact On Location Tours directly before booking your tickets to arrange a wheelchair accessible bus, if needed. With a minimum of 48 hours in writing, we are able to provide a handicap accessible bus. We make our best efforts to accommodate requests with less than 48 hours notice. The wheelchair lifts can accommodate up to approximately 600 pounds total; manual wheelchairs are recommended for this reason. Most buses are equipped with on-board restrooms. Buses are not equipped with lap or shoulder belts or harnesses. However, If you will be using a fold-up wheelchair and will be traveling with someone who can provide assistance on and off the bus, you do not need to inform us ahead of time as all of our buses have room in the luggage compartment to store it.

Are cameras allowed on the tour?
Yes. While photography and filming are not allowed on the bus portion of the tour, there are some great spots for taking photos and video at our numerous stops along the way.

Can I take luggage on the tour?
The Sopranos Tour is conducted on a coach bus, so limited storage space is available. Please keep in mind that there will be several stops of up to 15-20 minutes each where we will be leaving the bus. If you are not comfortable leaving your belongings on the bus during this time, you might want to reconsider bringing them.

Do we meet anyone famous at the tour?
At times, but very rarely, “Vito” (played by Joe Gannascoli) will make an appearance at the tour. He is normally not present at the tour because he is either doing acting work or autograph shows.
Back to Top