The Union Square area hosts one of the largest collections of department stores, art galleries, gift shops, salons, and boutiques in the country. The plaza borders Geary, Powell, Post, and Stockton streets and is a famous gathering place for bay dwellers. For several blocks, countless shops, hotels, and restaurants surround this major tourist destination.

The "Square" is known to encompass the surrounding blocks of the city's retail, dining and theater districts. Beyond the actual Union Park block lies the dynamic San Francisco theater mecca, which offers off-Broadway, Broadway, and single acts theaters.

Tickets for most performances can be purchased at a discounted rate on the day of the show.

Nob Hill is an upscale neighborhood northwest of Union Square, full of magnificent mansions, grand hotels, and luxurious apartment buildings. Famous nearby lodgings are the Sir Francis Drake Hotel and the Grand Hyatt Hotel, and the Clift Royal Sonesta Hotel.

Fun Fact: The Nob Hill name came after the Central Pacific Railroad's Big Four, known as the Nobs, short for Nabobs, a name given to wealthy men. 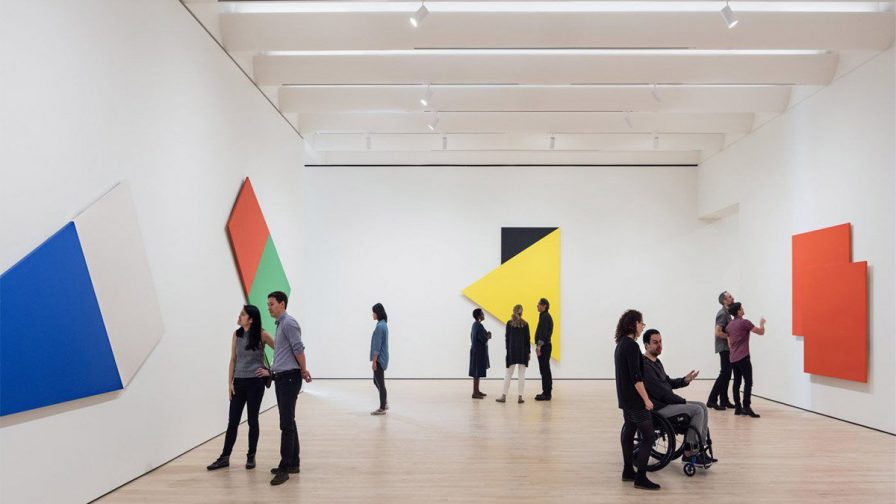 The historic Chinatown is located directly northeast of Union Park and is one of the top tourist attractions in San Francisco. This Chinatown is the largest Chinatown outside of Asia as well as the oldest Chinatown in North America.

Photo Alert: For an Insta-worthy shot, snap a pic under the famous dragon gate at the intersection of Grant Avenue and Bush Street, marking the entrance to Chinatown.

The city's French Quarter, northeast of Union Square, features many open-air French cafes and restaurants and is the enclave of French culture. Meanwhile, Belden Place serves as the hub of the city's French American community.

Related Post: 21 Absolutely Free Things to Do in San Francisco

Fun Fact: Annually, the area hosts a Bastille Day celebration on July 16th, where Bush Street is renamed Buisson. This free event is organized under the patronage of the Consul General of France and is open to all French American residents and visitors. The festival includes entertainment, food, wine, beer booths, a kid's garden, and a Citroen vintage car show.

The Xanadu Gallery, directly east of the square, down Maiden Lane, is the city's only building designed by Frank Lloyd Wright. Established in 1979, the gallery presents antiquities and art from Latin America and Asia.

The Barbary Coast Trail runs directly through the heart of Union Square and links many San Francisco landmarks and historic sites. In addition, the trail features several local history museums. It uses over 180 bronze medallions and arrows rooted in the sidewalk to mark the course.

Pro Tip: The Barbary Coast Trail is a 4.3-mile point-to-point trail through San Francisco that offers scenic views, year-round accessibility, and is suitable for all skill levels.

Known as the center and heart of San Francisco, the square hosts many public concerts, events, art shows, protests, and private parties. It is a popular destination in the winter for its ice skating rink and annual Christmas tree and Menorah lighting ceremony. 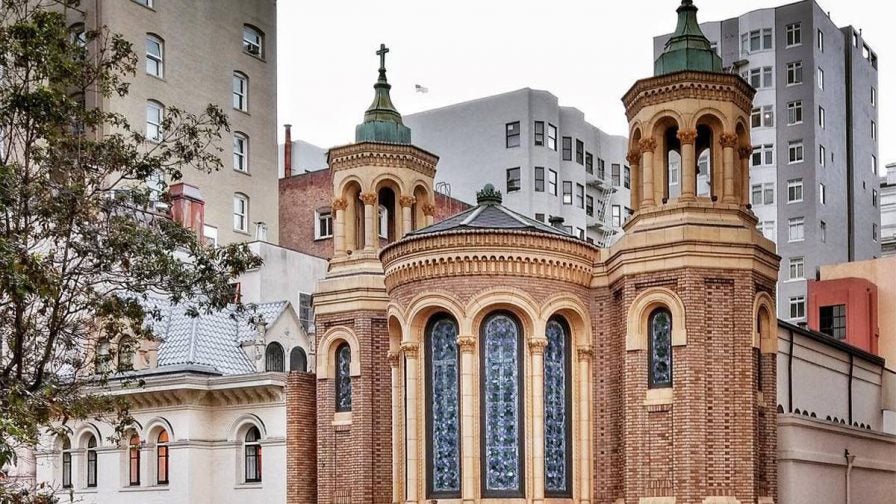 Like Golden Gate Park, Union Square was built on top of a sand dune by San Francisco's first American mayor, John Geary. Then made into a public park in 1850. Its name came from the pro-Union rallies during the pre-Civil War era.

Built in 1901, visitors can see the 97-foot Dewey Monument at the center of Union Square. The monument is named after war hero Admiral George Dewy for his victory in Manila Bay.

It also serves as a tribute to the sailors of the United States Navy. Architect Robert Ingersoll Aitken sculpted the smaller 9-foot statue at the top of the monument after the Greek Goddess Nike.

Fun Fact: Alfred Hitchcock's thriller Vertigo and the opening scene of The Birds feature Union Square in the backdrop. At the edge of the square, Tippi Hedren sees hundreds of birds flying in a pattern around the monument's column.

Architect Timothy Pflueger designed this fantastic feat. Though problems arose when the underground garage raised the square's sidewalk. Creating issues and pedestrian barriers. Lawn areas and planted beds had to be raised and lined with hedges, making them inaccessible for the public. Soon the lawn areas became campsites for homeless people.

In 1970-1990 the area became dangerous due to the vagrants camped inside. Union Square also has a reputation for rowdy New Year's Eve parties.

Around 2000 city planners renovated the plaza with more paved surfaces, parking garage levels, and outdoor cafes. In 2002, the park reopened with a ceremony hosted by Mayor Willie Brown. Then in 2004, a company launched a free Wi-Fi network in Union Square and remains today. 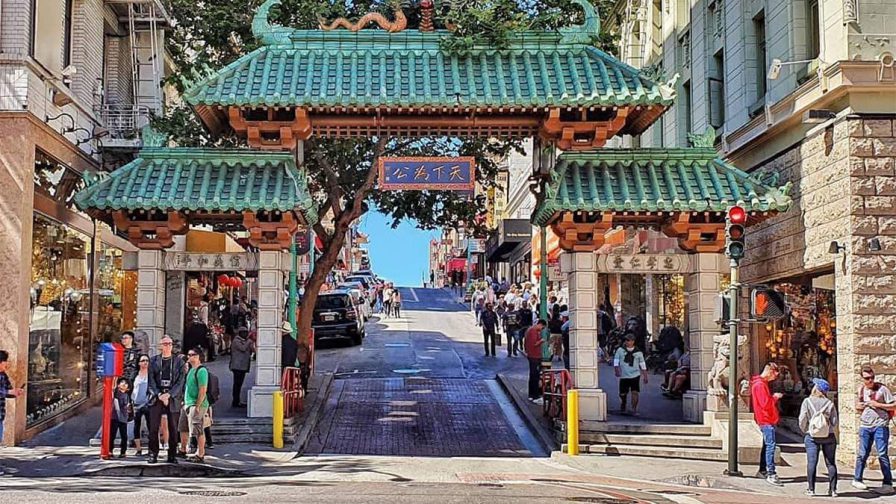 In 2009, the famed painted heart sculptures from the Hearts in San Francisco public art were installed in each of the four corners of Union Square. The sculptures are then auctioned off at an annual charity event that benefits the San Francisco General Hospital Foundation.

Union Park replaces sculptures regularly and takes them to other locations throughout the city.

To meet community needs, leaders founded the Union Square Business Improvement District in 1999, focusing on cleaning and safety issues. As the district expanded, the BID committed to making Union Square the best place to live, work, play and visit.