The Hemingway Home and Museum in Florida Keys

The Hemingway Home and Museum is a designated National Historic Landmark and one of Key West, Florida’s top tourist attractions.

Located at 907 Whitehead Street, across from the Key West Lighthouse in Old Town, the iconic Hemingway Home & Museum allows followers to pay tribute to Hemingway’s life and legacy. In the 1930s, celebrated American author Ernest Hemingway took up residence in Key West for several years. Though the Nobel prize winner lived in the home for less than a decade, he retained ownership until his death in 1961.

Photo Alert: Photo opportunities are everywhere at this legendary Key West property. Start at the yellow two-story abode, then head to the backyard pool and gardens and finish in front of Papa’s writing room!

In 1851, salvager and architect Asa Tift constructed the residence in a French Colonial style. Then in 1931, Hemingway and his second wife, Pauline Pfeiffer, bought the home upon returning from Paris.

Fun Fact: In addition to the Whitehead Street lodging, Hemingway spent a great deal of time at Sloppy Joe’s Bar. Legend has it he brought home a urinal, which still resides in the backyard as a working water fountain. Also, Hemingway built a boxing ring on the property to spar with anyone up to his challenge.

In 1936 Hemingway went to Spain as a war correspondent to report on the country’s Civil War. It was there he fell in love with his third wife, journalist Martha Gellhorn. Rumors speculate that upon hearing of the affair Pfeiffer tore down the boxing ring and built an elaborate backyard pool, sparing no expense. According to legend, when Hemingway returned from Spain and saw the colossal pool bill, he took a penny out of his pocket and threw it on the ground, saying, “Pauline, you’ve spent all but my last penny, so you might as well have that!”

Conversely, Pfeifer must have had a sense of humor since she had the penny embedded into the concrete by the pool where it still lies today.

Around this time, Hemingway left his family in Key West and moved to Cuba with Gellhorn, where he lived for several years. Pfeiffer remained in the Key West home until she died in 1951.

How the Home Became a Museum

After Hemingway’s death in 1961, local business owner Bernice Dixon bought the house at a silent auction for $80,000. In 1964, Dixon moved into the guest house and turned Hemingway’s home into a museum. After some time, Dixon passed the home and museum down to her great-nephew and current Hemingway House CEO, Mike Morawski. In 1968, the National Register of Historic Places named the home a National Historic Landmark.

The Hemingway Home & Museum is famous in part for the “Hemingway Cats.” During his time in Key West and Cuba, Hemingway grew obsessed with deep-water fishing and sailing. Another legend says a fellow sailor gifted Hemingway a six-toed cat named Snow White (or Snowball, depending on who you ask). Sailors kept the polydactyl cats for their rat hunting skills and good luck. Snow White became the first of several generations to roam the Hemingway property.

Related Post: 16 Absolutely Free Things to Do in Miami

The multitude of cats in the museum has created a great deal of controversy for Morawski when the USDA began an investigation, citing the animal welfare law, requesting containment requirements for the cats. In 2003, USDA officials informed Morawski he needed an exhibitor license for the cats. At that point, Morawski tried to herd the countless cats with shock collars, a mesh ledge on the brick wall, and a $15,000 misting system. Unfortunately, nothing worked, and the cats still roamed. 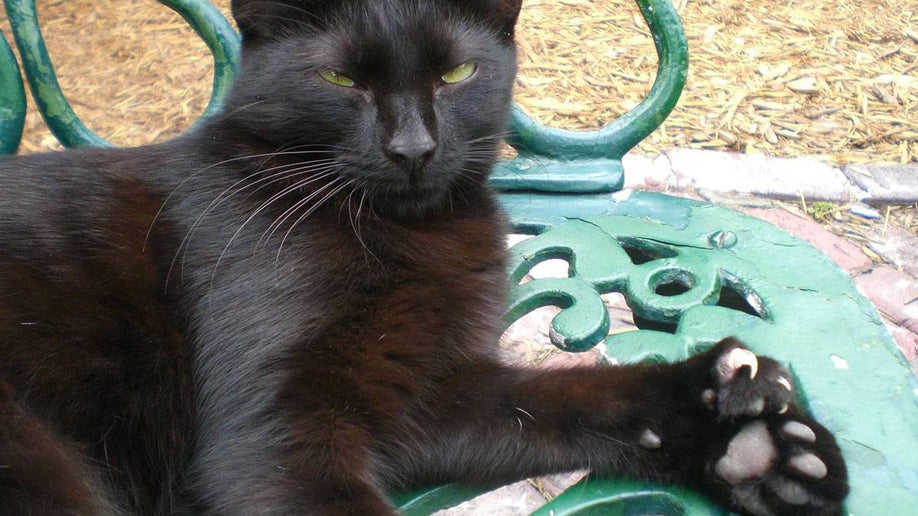 Pro Tip: If you’re allergic to cats, you may want to skip the tour. The museum is home to more than 60 feline critters that carry the genetic condition of having extra toes.

What’s more, the Key West Society for the Prevention of Cruelty to Animals stepped in, requesting the cats by spayed and neutered. As a result, Morawski agreed to this measure except for keeping two cats of each gender intact to preserve the Hemingway line, then sterilizing them after they’ve produced a litter. Today mostly all of the cats are neutered.

Fun Fact: A lot of guests just come to see the cats!

Guided tours are available for visitors at the Hemingway home. The tours include the property, the backyard and Gatehouse, where Hemingway did most of his prolific writing. The tours provide an insight into the writer and are shaped with inside glibs and stories about his life.

Today all of the house’s rooms are open to visitors except Hemingway’s writing room which can only be viewed through a screen. 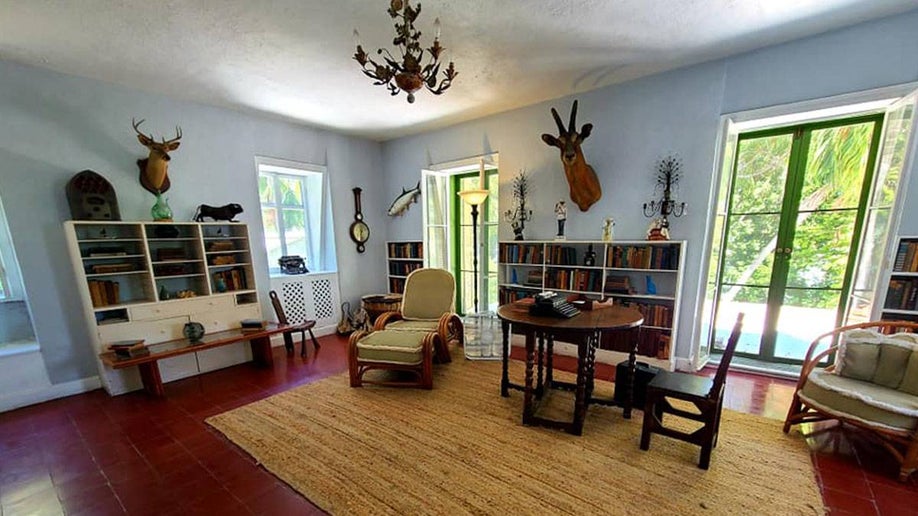 Related Post: The 11 Best Night Clubs in Miami: Where to Go for a Good Time

For all things Hemingway, stop in the Hemingway Museum Gift Shop. Here, followers can spend hours browsing the Hemingway’s bookstore alone. In addition, visitors can peruse and purchase Hemingway gifts and souvenirs that include apparel, mugs, ornaments, magnets, stationery, and artwork. There’s also a home and décor section with furnishings, dinnerware, and cat bowls, of course!

Some say that the author wrote his best work while living in Key West. For example, he penned novels, To Have and Have Not, Islands in the Stream, Green Hills of Africa, and short stories, The Snows of Kilimanjaro and The Short Happy Life of Francis Macomber.

Writers have a chance to write in the same space where the legend crafted his prose. The cost for two individuals is $1,500. Hemingway Evenings take place Mondays through Fridays from 4:30 p.m. to 7:30 p.m. This experience includes a guided tour of the property. Guests have full access to the house, gardens, and writing studio.

Related Post: 3 Days in Miami: How to Make the Most of Your Time

Fun Fact: In 2017, when Hurricane Irma hit, officials ordered the entire island to evacuate, but the museum’s curator, general manager and a few museum employees declined to leave. Fortunately, they all survived the storm.

The extravagant pool, which cost around $20,000 at the time, was an architectural feat, as the builders had to bulldoze into coral rock. Accordingly, there was no fresh running water in Key West at the installation time, so builders installed a water pump to retrieve salt water to fill the pool. The website claims the pool was Hemingway’s idea, but he left oversight to Pfeiffer, who supervised the construction.

The Hemingway Home and Museum