The Embarcadero in San Francisco

Quintessential for any visit to California’s Golden City, this oceanside walkway is a sunny stretch of piers, museums, galleries and cafes, where guests can stroll, ride, skate, jog or Segway. The Embarcadero is also a foodie’s dream with popular draws like the acclaimed Slanted Door and the elegant Waterfront restaurant by the bay featuring the best oysters, seafood chowder, salads and smoked fish in town.

Experience the culture, music, history, art and cuisine of the one true City by the Bay. From historical sites like the iconic clock tower and the 1989 Ferry Building, the Embarcadero is a popular hub for tourists and locals.

Derived from the Spanish word, embark, the boardwalk starts near Oracle Park and travels north, under the San Francisco-Oakland Bay Bridge, past the Ferry Building, Pier 39, Fisherman’s Wharf, and stops at Pier 45. The Embarcadero, a wide boardwalk that runs along the city’s eastern shoreline, is listed on the National Register of Historic Places.

Fun Fact: Just as notorious as its stunning views, the San Francisco fog adds an extra layer to its beauty. Did you know the famous fog, called “Karl the Fog,” has its own Instagram account?

During the Gold Rush era, the area initially called Yerba Buena Cove transformed into a booming city with makeshift tents, stores, saloons and hotels as the population exploded. In 1898, the Ferry Building opened to meet the needs of the busy waterfront district.

In the 1920s, over 50,000 commuters passed through daily, traveling up and down Market Street. With the building of the Embarcadero Freeway in the 1960s, automobile transit efforts improved but detracted from the city's aesthetics. Then in 1991, the Loma Prieta earthquake damaged the freeway and forced city planners to reexamine the area. Redevelopment efforts reestablished the promenade as a significant economic enhancement for the city. Before the Bay Bridge construction, the Embarcadero piers were used for trade and transportation. The waterfront became a military center for troops and supplies during World War II.

Related Post: 26 Unforgettable Romantic Things to Do in San Diego for Couples

Fun Fact: Most of the sea lions at PIER 39 are male. Sea lions may live up to 25 years old and are different from seals with their external ear flaps.

Pro Tip: Check out the Exploratorium’s Tactile Dome for an amazing adventure and one-of-a-kind experience through a pitch dark Dome with various textures. 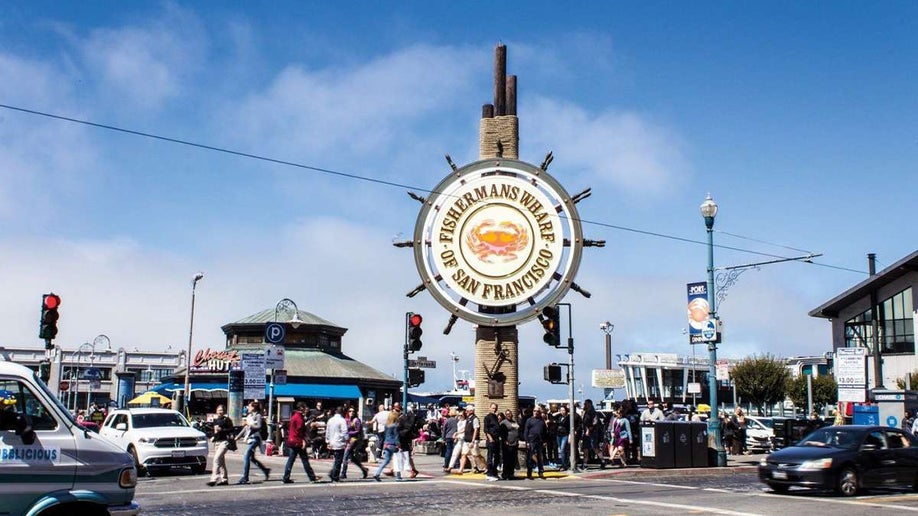 Related Post: A Weekend in San Diego: How to Plan the Perfect Trip

Pro Tip: If you’re really living it up, try the new Four Seasons Embarcadero. Guests can head up to the hotel’s glass-encased sky bridge on the 48th floor to spot the city’s best landmarks.

Parking in the area can be expensive and hard to find. If you’re lucky, you might find a street spot with a parking meter that charges $3.50 an hour. If not, here are some of the best deals for parking lots and garages:

Pro Tip: Always pay the machine or a verified attendant. Some crooks sometimes pose as parking workers. Also, don’t leave any valuables visible in the car!

San Francisco's Embarcadero Promenade is the highlight of any Bay City trip. With its…