Southernmost Point of the Continental U.S.A. in Florida Keys

The Southernmost Point of the Continental U.S.A. is a national historical landmark and one of Key West, Florida's most popular tourist destinations.

The city of Key West lies about 100 miles from the mainland on a sandy, coral island in the western Florida Keys. The sunshine state's Key West is best known for its wily nightlife, Hemingway, pastel architecture, coral beaches, and celebrated buoy! 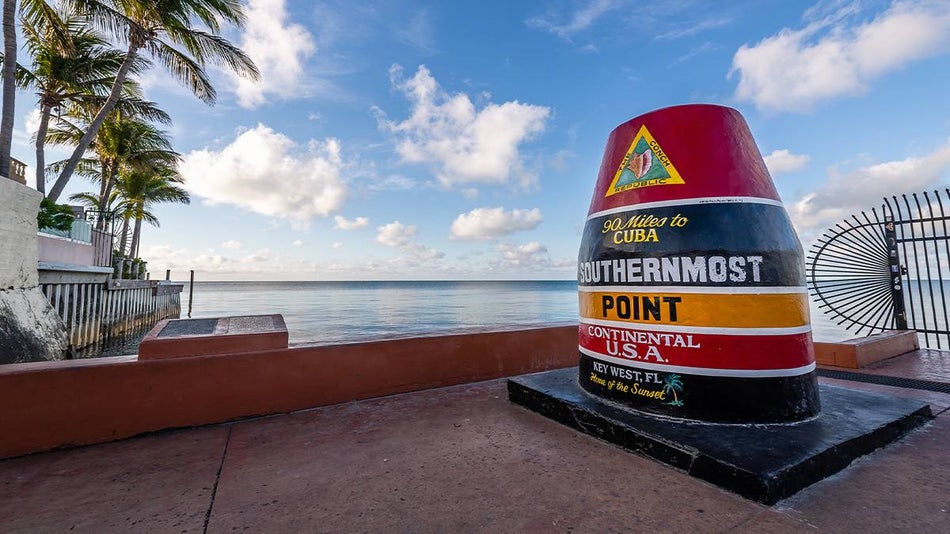 Fun Fact: The Southernmost Point of the island actually isn't in Key West Florida, but on a privately owned island, Ballast Key, just southwest of the Keys. People know this and don't care!

Related Post: 2022 Guide to Spring Break in the Florida Keys: Where to Go & Things to Do

History of the Southernmost Point of the Continental U.S.A.

The bright red, black and yellow-painted buoy discloses "90 miles to Cuba," and the plaque on the right commemorates the brave souls who risked drowning to come to the United States. The "Conch Republic," written on the very tip of the buoy, represents a time in history when Key West sought independence from the U.S., re-identifying itself as a free-wheeling, fun-loving party town. Locals and tourists celebrate Key West's so-called succession with a ten-day festival every April.

Photo Alert: Don't miss the chance to be one of the millions who flock to the vibrant southernmost point buoy. Have patience; there will probably be a line at this hot spot since it's one of the most photographed images in the country!

The Key West Public Works Department maintains the buoy, which is 12 feet tall and seven feet wide. The massive landmark has withstood numerous hurricanes, including 2017s Irma, though the original painter, Danny Acosta, repainted it later that year. The Key West destination also has a cement telegraph hut with an underwater telephone cable that once connected Key West to Havana.

Fun Fact: Key West is geographically closer to Cuba than Florida and Miami, which is located 150 miles north.

With so much to see in so little time, check out these highlights to experience the carnival atmosphere of this culturally-rich, dynamic boondock.

Things to Do near Key West's Southernmost Point of the Continental U.S.A.

Key West has breathtaking underwater marine life with exotic creatures like lobster, parrotfish, schools of yellowtail snapper, and an array of hard and soft coral reefs.

Pro Tip: Fishing is permitted on the park's west side along the Key West Shipping Channel, though certain licensing restrictions may apply.

Take a sailing expedition or rent a boat to explore this unique tropical vista!

From dolphin encounters to kayaking, fishing and snorkeling at Fort Jefferson-there are more water-sport options than hours in the day.

Across from the Southernmost House on Duval Street, visitors can hit this luminous beach stretch, ideal for swimming and underwater diving. Check out the stand-up paddle-board rentals or read a book with your toes in the sand. Also, be sure to stop by the Southernmost Beach Café, which serves excellent fish tacos and rum cocktails! 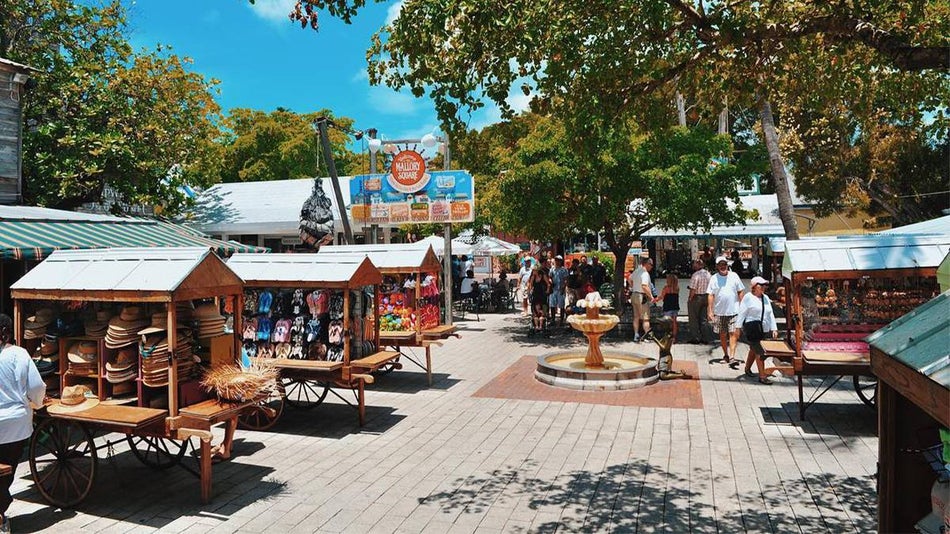 Key West is a tourist haven filled with souvenir shops, art galleries, museums,  bars, and restaurants where patrons have their choice of Caribbean cuisine or delicious seafood.

Sip a fruity mojito, listen to some live entertainment, or take a walk down Key West's charming Duvall Street. There is plenty to see and do along the way. Visitors can also stay at the Southernmost Beach Resort Key West, an award-winning hotel in the historic Old Town.

The Florida State Park, Fort Taylor, is a National Historic Monument surrounding a Civil War fort located near the southern tip of Key West. The 54-acre park was built in 1845, just after Florida became a state. With countless wooded nature trails, visitors can bird watch, bike or plan a cookout in one of the many picnic areas along the beach.

The park's Cayo Hueso Café is open daily from 10 am to 5 pm.

Pro Tip: Please be aware that Fort Zachary Taylor is a coral beach, so water shoes are encouraged and can be found in one of the many area gift shops.

Experience one of Key West's exquisite sunset traditions near the spot where the Atlantic Ocean joins the Gulf of Mexico.

Take a tour of this incredible Victorian-style mansion at the end of Duval Street. Built in 1896, the historic home near the Southernmost Point of the Continental U.S.A. is known for its conch shell pink and seafoam green exterior. Explore the small museum in the lobby and the backyard pool overlooking the Atlantic Ocean. 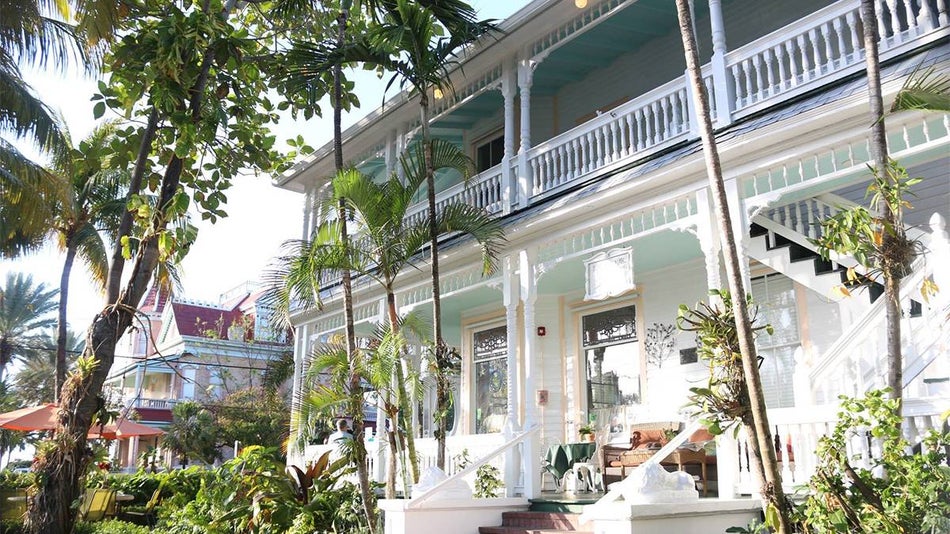 Photo Alert: Snap a selfie in this gorgeous setting, living the Key West life of Reily, and your followers will turn green with envy!

Related Post: The 11 Best Nightclubs in Miami: Where to Go for a Good Time

Ernest Hemingway lived in Key West for over 12 years and made Sloppy Joes his second home. In his honor, stop by and enjoy a "Frozen Bar at the End of the World Daiquiri."

Southernmost Point of the Continental U.S.A.

The Southernmost Point of the Continental U.S.A. is a national historical landmark and one…