Olympic National Park is one of those rare parks where you can hike across a rainforest one day, travel through snowy Glacier capped mountains another, and dip your toes in the sandy beaches of the Pacific Ocean on the third. The park is considered one of the best national parks for seeing waterfalls and is deemed 95% open wilderness.

The drive from Seattle to the Port Angeles Visitor Center is approximately 80 miles. Or visitors can take a more scenic route aboard the Bainbridge Island ferry.

Established as a national monument in 1909 and then re-dedicated as a national park in 1938 by President Franklin D. Roosevelt, Olympic National Park is best known for preserving Washington's ancient forests and protecting one of the world's largest temperate rainforests.

In 1976, the park became an International Biosphere Reserve and learning place for sustainable development. The site tests different approaches to managing interactions between social and ecological systems. Later in 1981, UNESCO named the park a World Heritage Site for its abundance of geological formations and complex life zones.

If you're heading to Olympic Park, a stop by the National Park Visitor Center is a must. There you'll find information on backpacking, trip planning, maps, books, and souvenirs. Other resources to enhance your trip include trail, safety, and weather reports from the forest service. Also, on the 38 square-foot campus, visitors can explore two nature hikes. 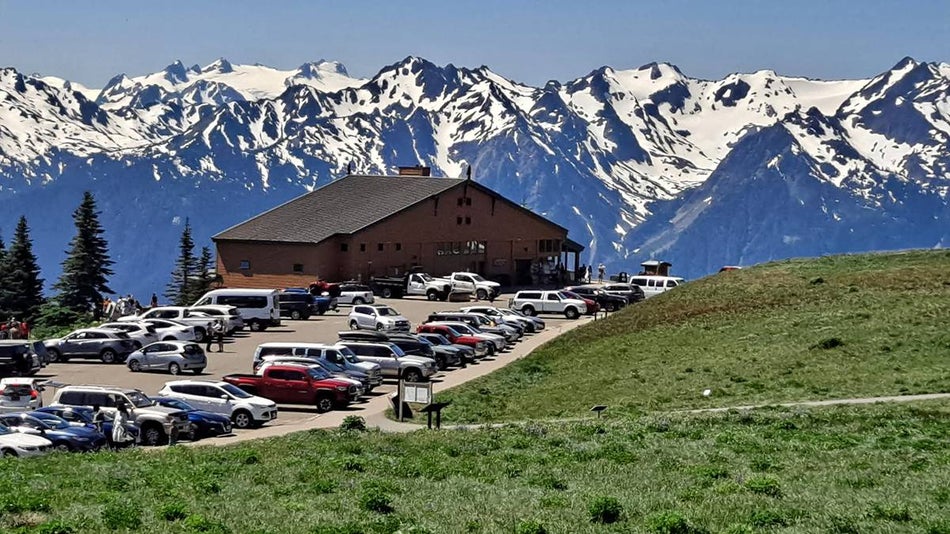 The Discover Room hosts interactive displays and kid-friendly games worth hours of entertainment. Here children can try on a real ranger hat or march around in a park volunteer coat.

This award-winning 25-minute documentary is a fascinating short film on the park's range from lush rainforest and vibrant lakes to the magnificent Olympic Mountains of the Olympic Peninsula.

The Center also offers teen activities like hiking, white-water rafting, and sea kayaking. Check out the ranger-led campfire discussions and ranger-guided hikes through the campgrounds for smaller children.

Visitors can take the Hurricane Hill Trail, which is about 3.2 miles. It starts at an elevation of 5,242 feet and climbs an additional 700 feet to the top of Hurricane Hill, so needless to say, it's a hefty climb. The moderately challenging hike takes about two hours to complete and has spectacular views of Mount Olympus, the highest peak in Olympic National Park.

Known as the most famous rainforest in the lower 48 states, this breathtaking rainforest in Hoh Valley receives as much as 14 feet of rain per year, mainly in the winter months. Unlike a tropical rainforest, a temperate one is defined as a woodland forest (300 feet tall old-growth trees, 60 feet around) with cooler temperatures but equal amounts of rainfall. 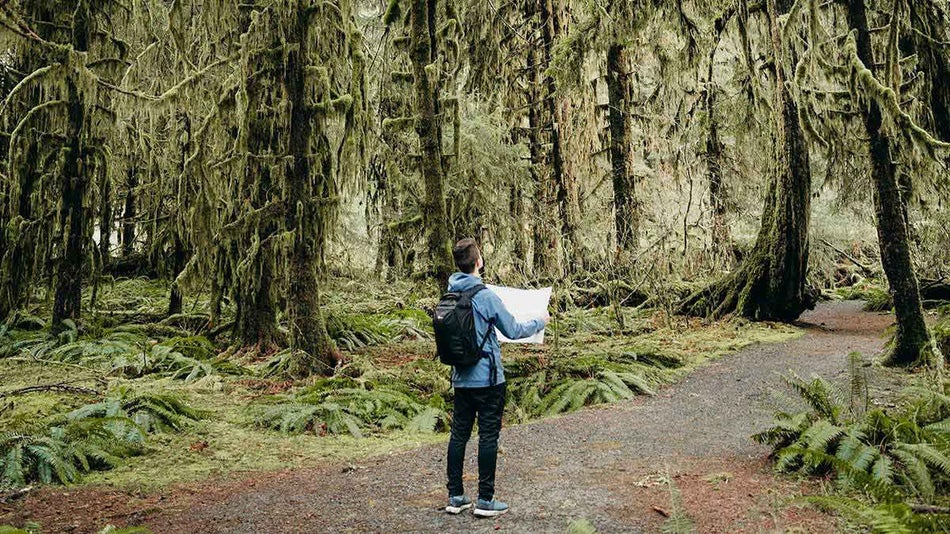 The Hoh River Trail travels 17 miles through the forest to Glacier Meadows on the shoulder of Mount Olympus. The shorter trails, The Hall of Mosses and the Spruce Nature  Trail, are about one mile in length.

Related Post: Seattle After Dark: 13 of the Top Things to Do in Seattle at Night

Located approximately 2.5 miles from the Boulder Creek Trailhead in the Elwha Valley of Olympic National Park, the Olympic Hot Springs are natural unmaintained hot water pools. As these springs are only accessible on foot, no pets or bicycles are allowed. Backpackers must follow wilderness camping regulations and acquire a wilderness use permit.

In addition, the Olympic Hot Springs Road is open to bicycle/pedestrian traffic. There are no visitor facilities beyond the gate at the parking lot.

Pro Tip: Use these pools at your own risk as the wilderness area may contain harmful bacteria.

The resort itself has 32 cabins and an RV campground. The original property burned down in 1916. Even if you don't stay there, you can stop by the resort's ice cream parlor for dessert.

This charming century-old property rests on the majestic Lake Crescent in Olympic National Park. Visitors can take a 360-degree virtual tour of the property on its website. From the lodge, guests can hike several scenic area trails. There is an eight-minute walk to the NatureBridge environmental science park and an 11-minute walk to Marymere Falls. The upscale resort has decorated rooms in the main lodge and private cabins with gas fireplaces, balconies, or patios. The Crescent Lodge also has a restaurant on-site with outdoor seating.

Pro Tip: Book ahead for your summer trip as rooms can fill up six months in advance.