Located in the heart of downtown Honolulu, Oahu’s Iolani Palace is a living restoration of Hawaiian culture, a registered National Historic Landmark, and the only Royal Palace in the United States.

Visitors come to the Iolani Palace to learn about its people's fascinating Hawaiian history and heritage. The distinctive multicultural epicenter of Hawaii is a century-old Palace and historic home to the reigning monarchs of the time.

This official residency of the Hawaiian monarchy remains the only palace in the United States, used as the reigning king and queen’s formal home. King Kalakaua and his sister Queen Lili`uokalani both ruled from the Palace. Most importantly, during their reign, the Palace held grand balls and public hula performances for the people!

Iolani Palace’s mission is “to preserve and celebrate the rare historical and spiritual qualities of the Palace and its grounds for the benefit of native Hawaiians, the people of Hawaii, and the world.”

Several unique tours take guests through the opulent Grand Hall to the lavish Throne Room, where the king and queen held formal audiences, diplomatic receptions, and state balls. The Palace basement contains the Hawaiian crown jewels, awards and regalia worn by the kings and high chiefs of the islands.

In addition, the outside Palace grounds are just as impressive with the striking Coronation Pavilion, built for the induction of King Kalakaua and Queen Kapiolani in 1883. Today the Royal Hawaiian Band plays near the Pavilion and the site holds inaugurations for Governors of the State of Hawaii.

Photo Alert: Selfies are encouraged as guests can take photos of the Palace’s exquisite interior and stunning exterior. However, videotaping and audio recording are not permitted. 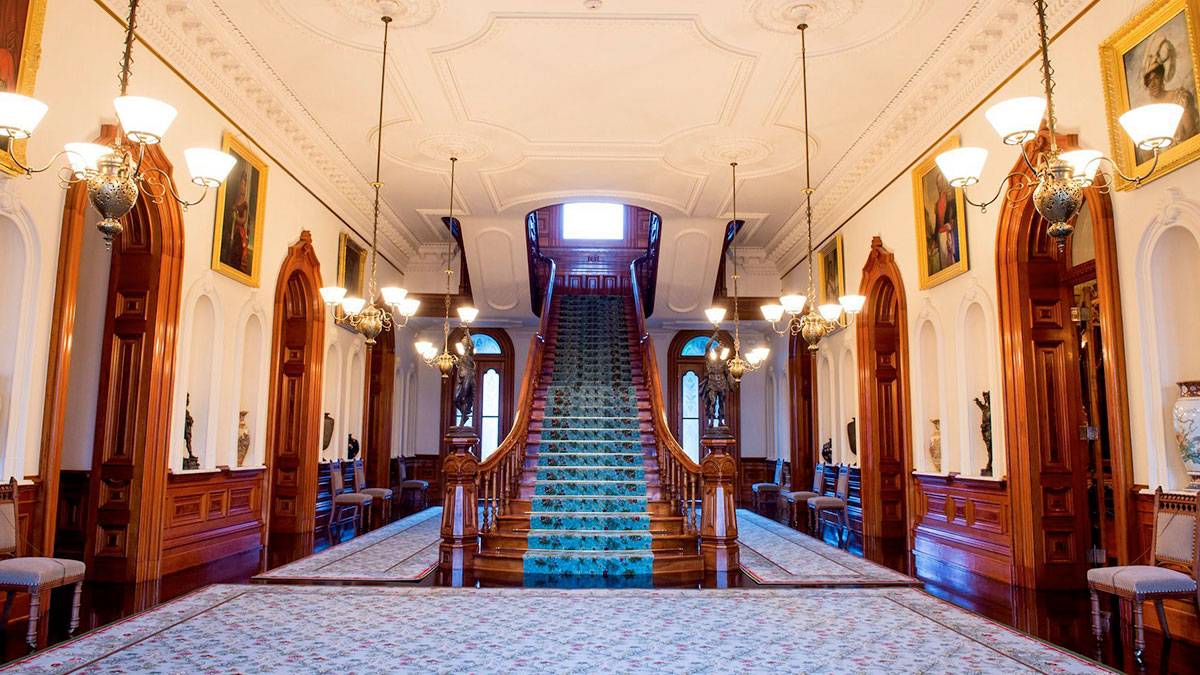 In fact, Hawaiian King David Kalakaua built the Iolani Palace in American Florentine design after seeing the royal palaces of Europe. Construction started in 1879 and finished in 1882 and cost $340,000 to build. The two-story Palace has a basement, four corner towers, and two center towers 76 feet high. The Palace had electricity and telephones even before the White House.

Related Post: The Top Maritime and Navy Attractions in the USA

In 1863, King Kamehameha named the palace Iolani to honor his deceased brother. King Kalakaua, who ruled until 1891, was the last Hawaiian king. When Queen Lili`uokalani succeeded her brother in 1891, her attempts to strengthen the monarchy weren’t well received. A political opposition party orchestrated her overthrow. Queen Lili`uokalani spend nine months in jail after the rebellion of 1895. Her initial sentence was five years of hard labor, which was reduced to an upstairs bedroom of the Palace for eight months. However, following Queen Lili`uakalani’s imprisonment and overthrow in 1893, the Palace served as the Capital of the Provisional Government for over 80 years.

Fun Fact: The quilt Queen Liliʻuokalani made during her nine-month imprisonment is still in the small room on the upper floor.

In 1893, the new government of Hawaii took over the Palace and renamed it the “Executive Building” for the Republic of Hawaii. The government sold unused items at public auctions. In 1898, after the Spanish American War, the United States annexed Hawaii. The inside of the Palace underwent a significant remodeling in 1930 where steel and concrete replaced the wood frames.

Related Post: 8 Totally Free Things to Do in Oahu

As a result, the name changed back to the Iolani Palace in 1935, and then in 1962, it was officially made a National Historic Landmark. Government officials left the Palace in 1969 and moved to the Hawaii State Capital building. In 1978 the Palace opened to the public as a historic house museum.

For instance, as part of its mission to preserve, restore, and share the spirit of Iolani Palace, the Friends of Iolani Palace endeavored to find, recover, and maintain original Palace and monarchy furnishings and objects, many of which have been scattered throughout the world.

There are several tour options for Palace guests. These guided tours take visitors through the first and second-level Palace floors, followed by a self-guided walk through the basement gallery exhibits. Most tour takes between 60-and 90 minutes.

Pro Tip: Staffers ask guests to dress respectfully, as the Palace is a sacred place of cultural and historical significance. 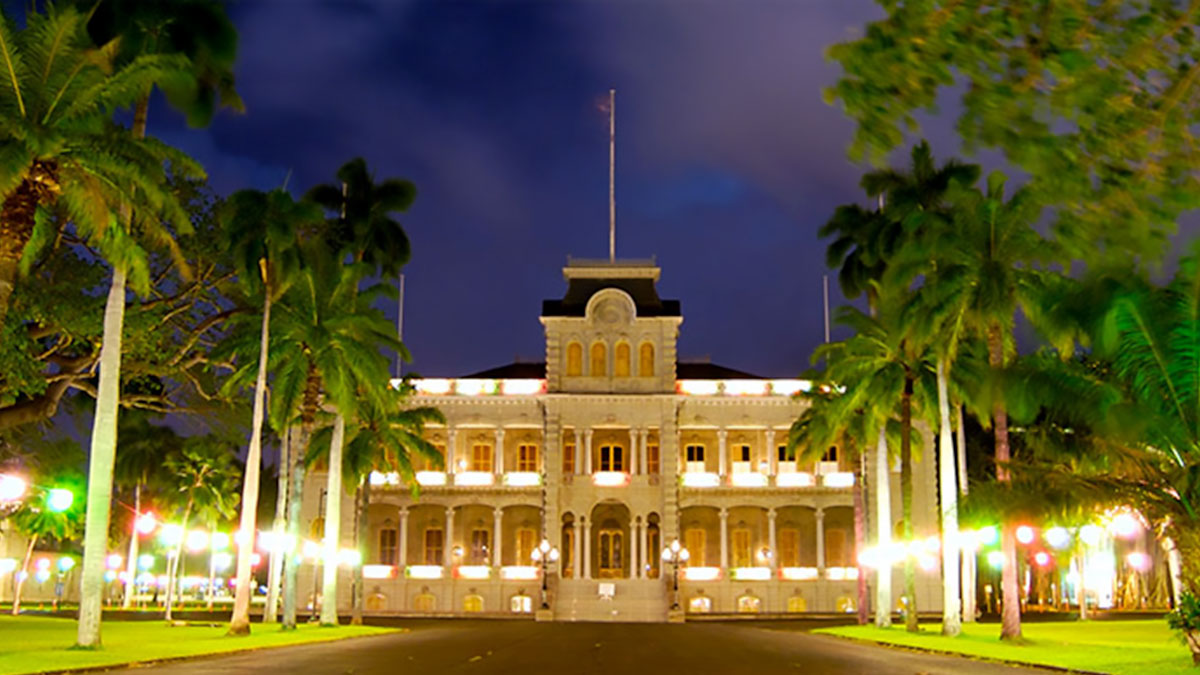 Related Post: Which is the Least Expensive Hawaiian Island to Visit?

Also, the Palace allows service dogs but asks that you notify a staffer when you enter the building.

Pro Tip: The Palace requests children under the age of four be safely strapped in a Palace stroller (free of charge) or infant carrier at all times. Personal strollers are not allowed.

Tickets sales are online only. No walk-ups. The ticket window in Hale Koa (the Barracks building adjacent to Iolani Palace) will open for ticket distribution at 8:30 a.m. The Palace limits groups to 15 guests per entry time.

Located in the heart of downtown Honolulu, Oahu’s Iolani Palace is a living restoration…