Known as the “Beverly Hills of Atlanta,” this high-profile neighborhood is home to luxury hotels, couture shopping and lavish manors.

Six miles north of downtown Atlanta, Buckhead, Georgia, is an upscale residential and commercial district within Atlanta city limits. Just 24 minutes from the Atlanta Airport, the area consists of both old money and new money and is recognized for its continued growth, affluence, and celebrity draw.

Trendy restaurants and hip art galleries line the streets around Miami Circle and Bennett Street. In addition, Peachtree and Roswell Road have become popular hangouts for the Gen-Z crowd with lively pubs and hip dance clubs. At the same time, the subdivision Tuxedo Park is one of the wealthiest and most prestigious parts of Buckhead. A-list celebrity residents include rocker Tyler Perry who owns an expansive property overlooking the Chattahoochee River. Also, actors Sascha Baron Cohen and Isla Fisher live near Peachtree Park.

Fun Fact: Buckhead has 15 streets that include “Peachtree.” As many as seventy streets in Atlanta use some form of Peachtree too. There is Peachtree Road, Peachtree Lane, Peachtree Circle and Peachtree Memorial Drive, just to name a few. On 990 Peachtree Street, Gone with the Wind fans can find Margaret Mitchell’s House. The exact spot where Mitchell penned her Pulitzer Prize-winning novel.

The area is also home to the Greek-Revival Governor’s Mansion and the Atlanta History Center. Rich in history, with stunning country residents, gorgeous landscapes, luxurious shopping and amenities, Buckhead is to Atlanta what Buckingham Palace is to London!

Traders, farmers and Native American Creek and Cherokees were the district's first occupants. As white settlers pushed the Cherokee Nation west around the 1820s, Andrew Jackson’s military soon took over the area.

Next, in 1838 entrepreneur Henry Irby of South Carolina purchased Buckhead’s 203 acres for only $650. Irby built a tavern and grocery store in the exact spot where Charlie Loudermilk Park is today. Known first as Irbyville, the area took on the famous name "Buckhead" around 1838, when the town mounted the head of a large buck on a post not far from the tavern. The town was later annexed to Atlanta in 1952.

Fun Fact: Sir Elton John chose Buckhead for one of the 25 places he calls home. The world-famous megastar dubbed Buckhead "the hometown of America" and owns an 18,000-square-foot penthouse in the quaint neighborhood. 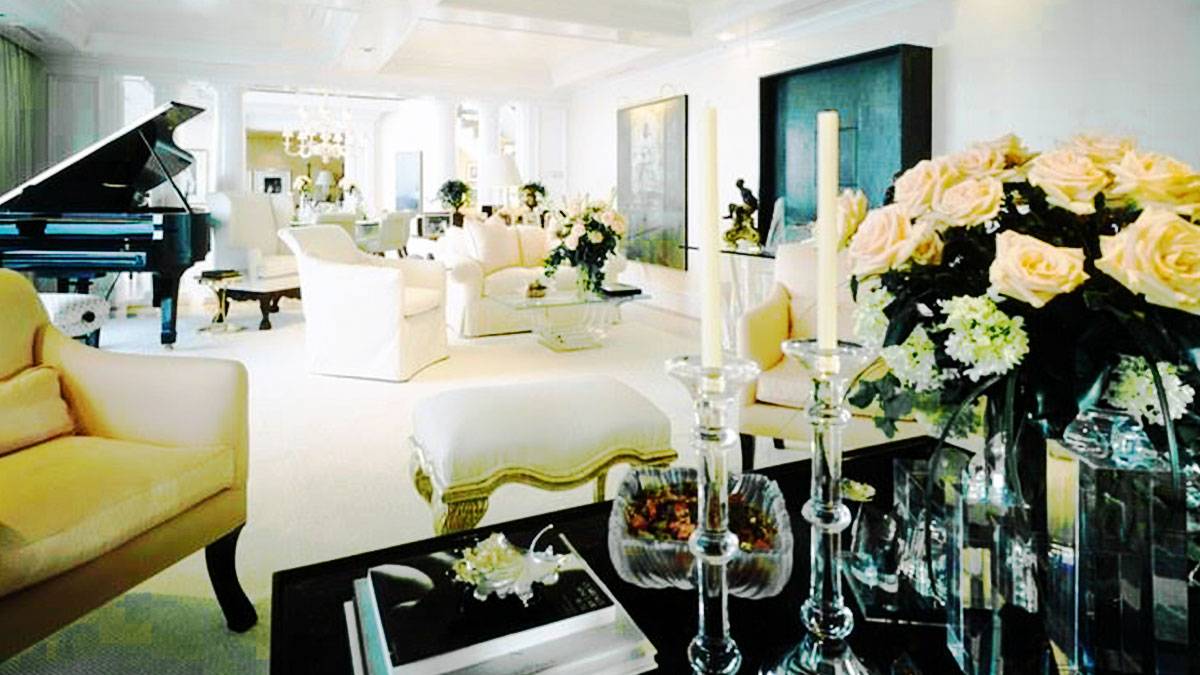 Consequently, in the 1960s, Fortune magazine called Buckhead “the top encampment of business executives in the Southeast.”  Around the time, Lenox Square grew into popularity as one of the largest shopping centers in the Southeast. Shortly thereafter Tower Place became Buckhead’s highest skyrise. Today its estimated retail sales average more than $3.6 million.

Related Post: 15 Absolutely Free Things to Do in Atlanta

Since 2000, a large percentage of Atlanta’s population growth has been in Buckhead. Its population is estimated to be more than 170,000 residents. Also, the country’s largest Presbyterian Chuck is in Buckhead, as are two of the United States' largest Southern Baptist churches. Moreover, the world-renowned Shepherd Center Hospital resides in Buckhead. The Center treats patients with spinal disorders, brain injuries and multiple sclerosis. Today Buckhead is one of the country's largest mixed-use development areas.

Did someone say ‘shopping?’ Lined with high-rise apartment complexes, office buildings, restaurants and museums, one might need some guidance to hit all Buckhead’s hot spots. See below for the area’s can’t miss attractions.

Situated in the “Golden Triangle” of Buckhead, this Northside neighborhood features immaculate lawns and sprawling mansions and consists of the most desirable zip codes to live in the South. The quaint downtown area features many shops and restaurants, including the OK Café, the Blue Ridge Grill, and the iconic 50-year-old Tommy’s Barber Shop. 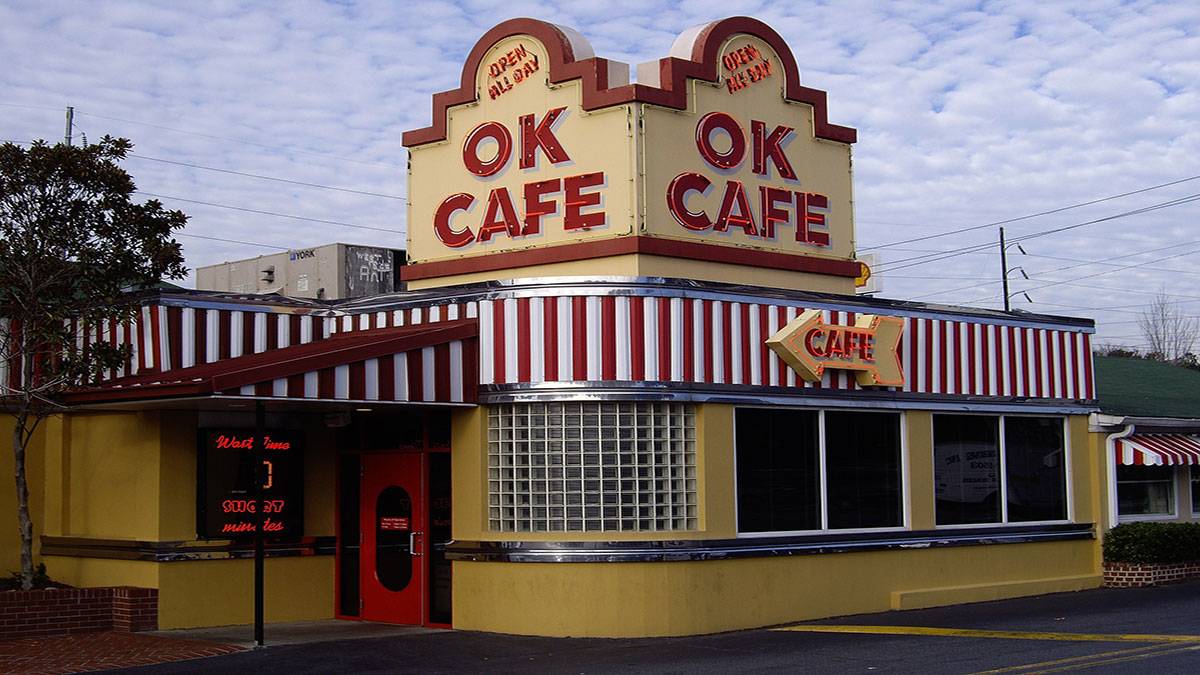 In the heart of Buckhead, the large community shopping center, Peachtree Battle, is a popular destination. With over 50 retail tenants, the market space is renowned for its one-stop shopping.

Buckhead’s Garden Hills is one of Atlanta’s most beautiful and upscale neighborhoods. This close-knit community dates back to 1925. 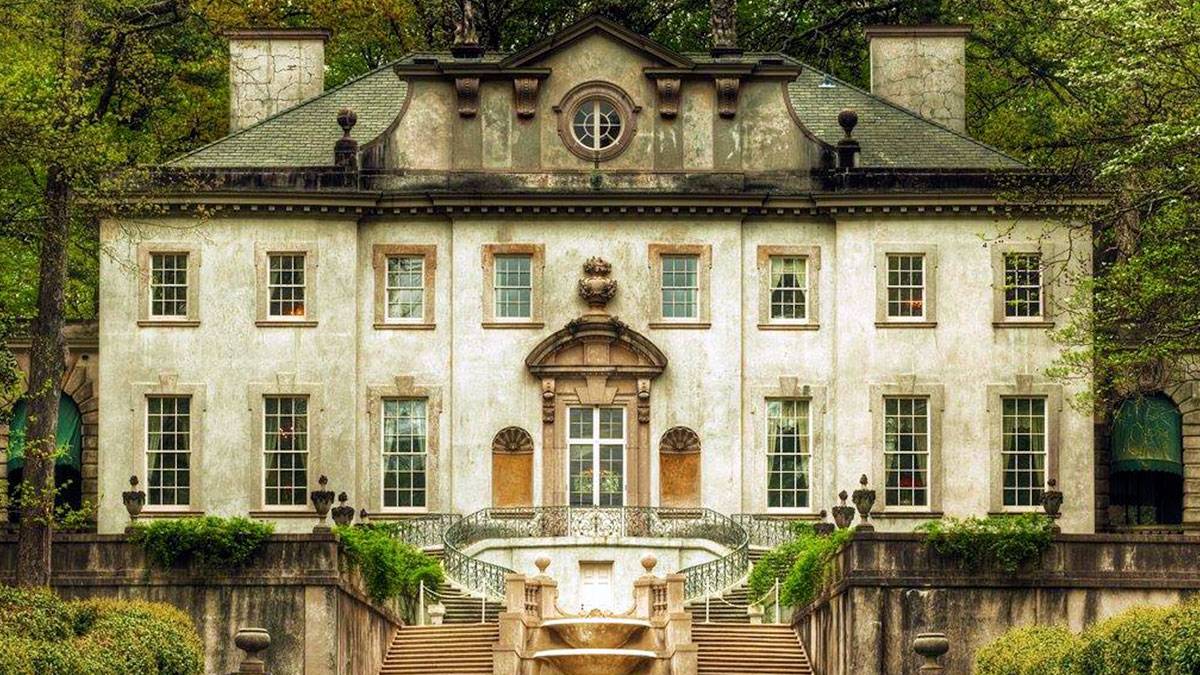 photo credit: The Storybook Of Dreams & Beauty via Facebook

Some people "people watch" while others are fascinated with their homes. If you happen to the latter, you must check out Atlanta’s Sandy Springs. It’s the ninth-most affluent area in the country. With an urban-suburban feel, the town has ample pubs, restaurants, schools, parks, and coffee shops, making it one of the top 10 places to live for millennials.

Related Post: 9 of the Most Amazing Things to Do in Atlanta at Night

Other Nearby Buckhead Attractions

Fun Fact: Buckhead has its own flag, commissioned by the city’s Buckhead Coalition.

Related Post: 21 Unforgettable Romantic Things to Do in Atlanta for Couples

Fun Fact: A 10x3 foot section of the Berlin wall is on the grounds of Atlanta International School. Around 2013 primary School head Camille Du Aime came to Atlanta from the Berlin Brandenburg, offering the wall section as a gift.

Known as the “Beverly Hills of Atlanta,” this high-profile neighborhood is home to…