Before the Boston Tea Party, sparks of war ignited when British soldiers shot and killed five colonists on the streets of Boston in 1770. The events changed history and set the tone for the American Revolution.

There’s no other city like Boston for historical relevance, American pride, and treasured tales about the United States’ humble beginnings. Just take a stroll down The Freedom Trail that cuts through the city’s downtown, and you’ll cross 16 nationally significant historic sites. One of the more prevalent is the Boston Massacre Site. The 1.5-mile red line Freedom Trail is flanked by museums, churches, meeting houses, parks and historic markers that tell the story of the American Revolutionary War.

The “Bloody Massacre” took place on March 5, 1770, just outside the Old State House in downtown Boston. The historic marker lies at the intersection of State and Congress Streets.

Today visitors engage in tours and history lessons to understand how the deadly riots impacted history and led to our nation’s independence. A medallion on the Freedom Trail marks the location of the famous massacre. Every year the Bostonian Society hosts a reenactment on the anniversary.

On March 5, 1770, mobs of angry men gathered on King Street to protest the British occupation. For three days, hundreds of out-of-work men blamed the British king for increasing taxation without parliament representation. The eight redcoats had orders not to fire their weapons into the crowd. 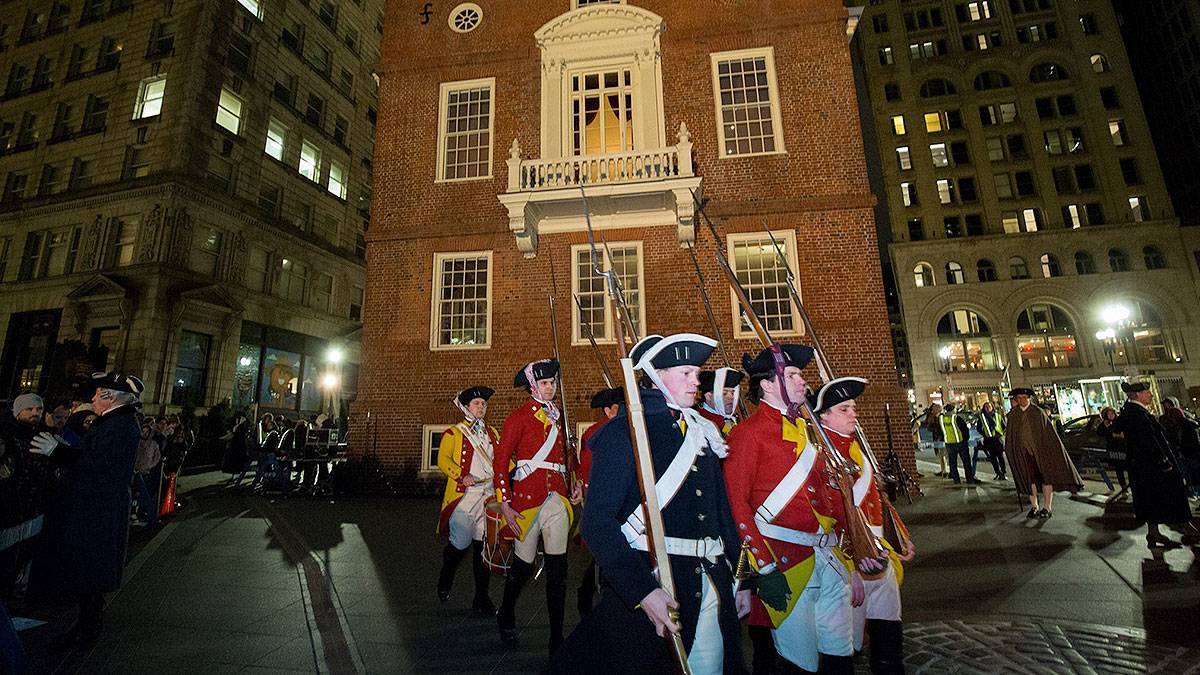 Firstly, the American patriots threw snowballs and rocks, taunting the soldiers. The fight escalated when rioters hit a British Private officer with a club. Black American Crispus Attucks was the first to die. Future President John Adams successfully defended the soldiers against the murder charges in court. However, the troops evacuated Boston and wouldn't return until 1774. Still, the act enraged colonists discontented with British rule, and the outrage spread across the 13 colonies.

Though a patriot and Sons of Liberty member, Revere was also a silversmith and engraver who used his skills to produce prints of famous events like the Boston Massacre. Revere created his most famous work, “Bloody Massacre Perpetrated in King Street in Boston,” three weeks after the event. Though historians relegate the piece as an important pre-war document, critics found numerous inaccuracies since it was used as propaganda to stir discontent among the patriots. 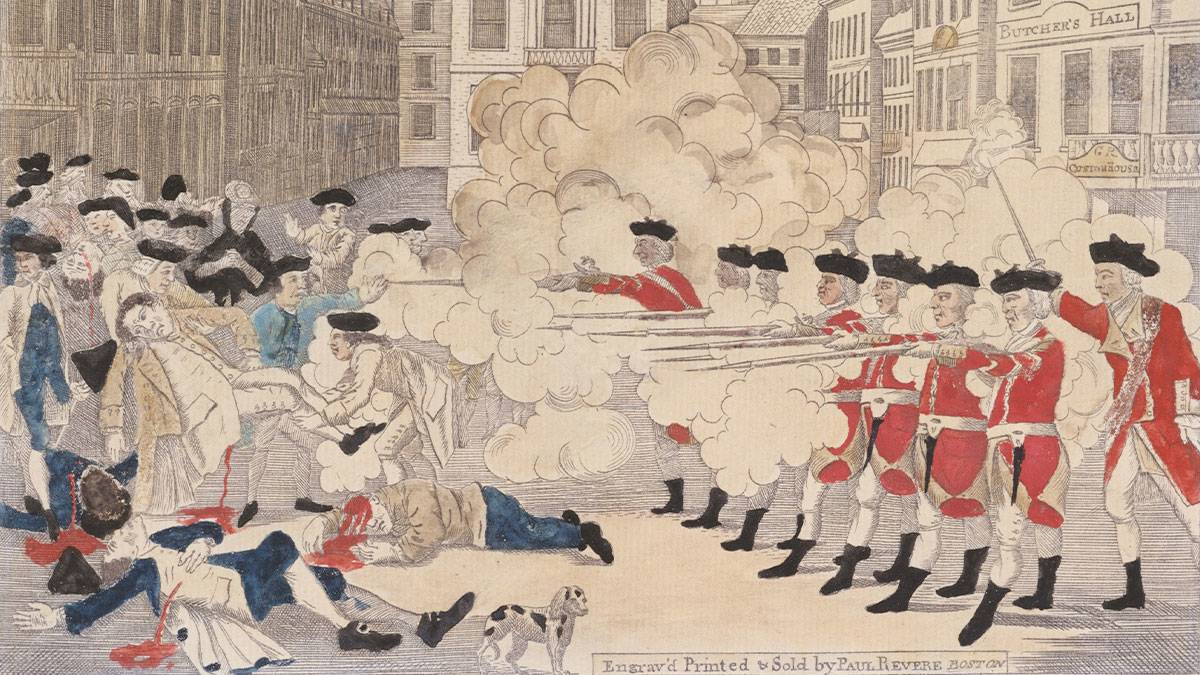 Interesting Fact: In Revere’s depiction, the soldiers bear angry scowls as they shoot the unarmed citizens, and a spotted dog sits unharmed in the middle of the gunfire. Many speculated Revere’s meaning was that the British treated the colonists worse than dogs.

Today you can find the painting at the Concord Museum, on Three Cambridge Turnpike in Concord. The museum is a 38-minute drive west of Boston.

Other inaccuracies in the painting depict more British soldiers than there really were. The picture also shows a gun sticking out of a second store window of the Customs House, firing into the crowd. The Customs House is engraved as “Butcher’s Hall.” And lastly, it is well known that Revere didn’t actually create the drawing himself but copied the picture without permission from artist Henry Pelham. Though at the time, it wasn’t a crime to copy someone’s work, Pelham still publicly accused Revere.

In 1774, England passed the Intolerable Acts, and in 1775, the battle of Lexington followed. The Boston Tea Party Ships & Museum features interactive exhibits, displays, and a multi-sensory award-winning film. Live actors and tour guides take you on a journey back in time. Complete with full-scale replica 18th-century sailing vessels, and historic artifacts.

This world-renowned trek is a unique tourist experience that attracts over four million people annually. The trail starts in the Boston Common area, then continues to Paul Revere’s house in the North End. Tours are available during business hours. Local journalist William Schofield devised the 2.5-mile trail and suggested building a link to connect local landmarks. By 1953, over 40,000 people hit the path annually.

The Boston Common, which dates to 1634, is the oldest city park in the United States. It’s the central public park for downtown Bostonians. The government bought the park grounds in 1963 from settler William Blaxton. Also, Boston Common sits on top of two historic train stations; the Park Street Station and the Boylston Station Park, which became the country's first underground rapid transit station. 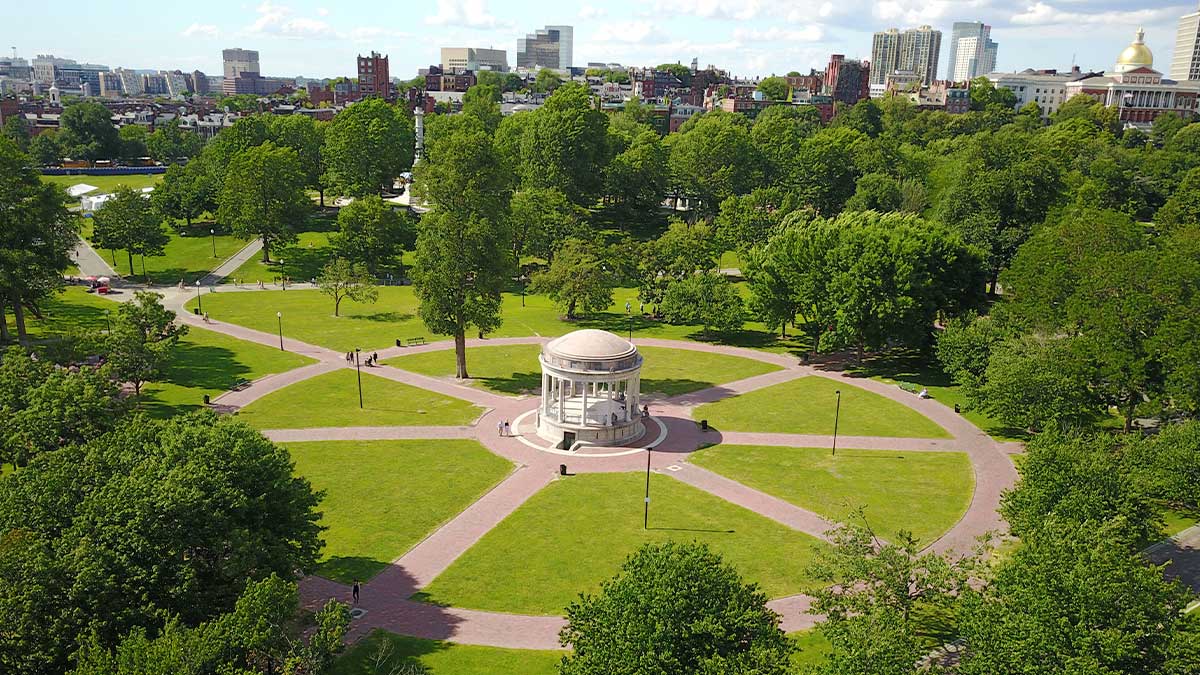 Built in 1742, the Hall met the growing demand for a public meeting house. Merchant Peter Faneuil built the Hall with his own money, intending the epic hall to become a center of commerce. The great Hall played an essential role in the politics of the American Revolution and hosted America’s first town hall meeting. Patriots like Samuel Adams and James Otis gave speeches encouraging independence from Great Britain.

Located on Boston’s famed Freedom Trail in downtown Boston near the city’s waterfront, Faneuil Hall is as bustling today as it was in 1742. What once used to be a meeting place to hear speeches during the Revolutionary War is now a marketplace full of food for hungry families with an appreciation for history. Proclaimed the “Cradle of Liberty” by our nation’s founding fathers, this famed “Hall of Free Speech” is an institution of pride for locals and all Americans.

This final resting place contains the headstones of many Revolutionary War patriots, including Paul Revere, Samuel Adams, John Hancock, three signers of the Declaration of Independence, and the five victims of the Boston Massacre.

At one point, the Granary was a part of the Boston Common. Named for the 12,000-bushel grain storage building back in 1660, the historical burying ground has approximately 2,300 markers. 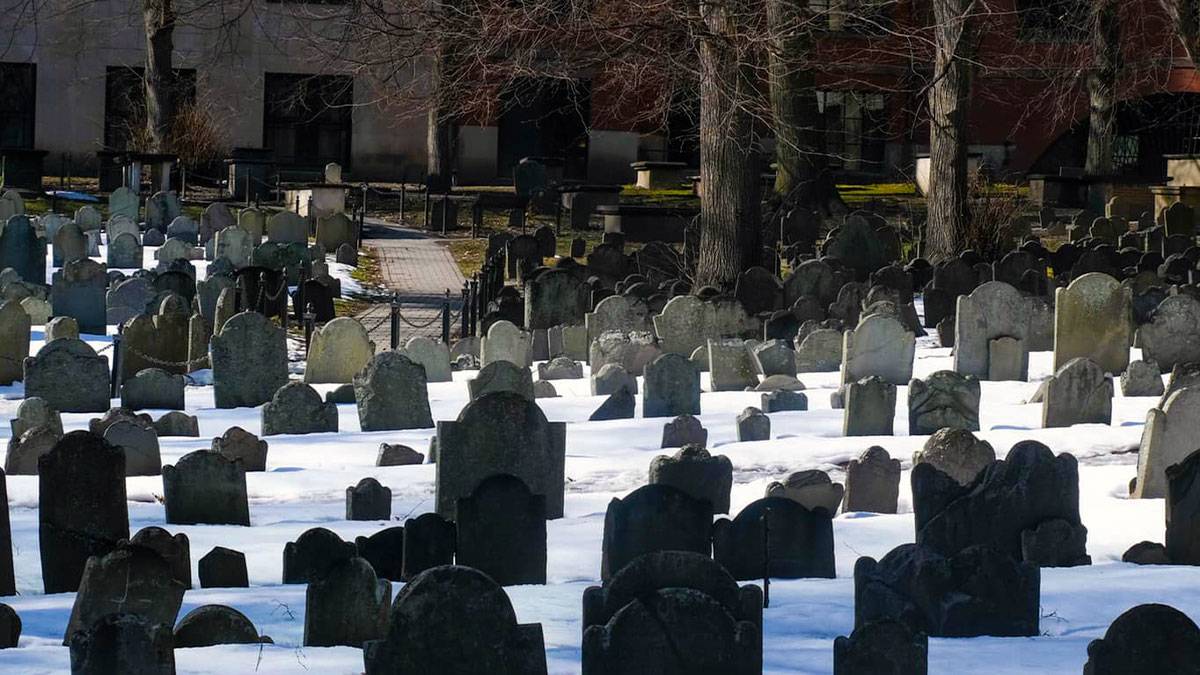 This guided walking tour of Boston’s Freedom Trail hits all of the legendary landmarks associated with the American Revolution. On this tour, you’ll pass Faneuil Hall Marketplace and see the setting of the notorious Boston Massacre. Onward, guides will lead you past the Boston Common, finishing in Copley Square, known for its high-end stores and upscale restaurants.

This is not your typical Freedom Trail walking tour. Visitors are guided through Boston’s old-town cobblestone streets as history unfolds before their very eyes. This in-depth look takes you behind the scenes during the tumultuous times, where you learn to understand the events driving the drama. The touring company keeps the groups small as you uncover Revolutionary hidden gems and explore the modern city of Boston.

This classic 2.5-hour tour takes you into an intensive history lesson on the American Revolution. Led by a local historian who focuses on the years between 1760 and 1775, these tours stroll along the Freedom Trail’s iconic sites. 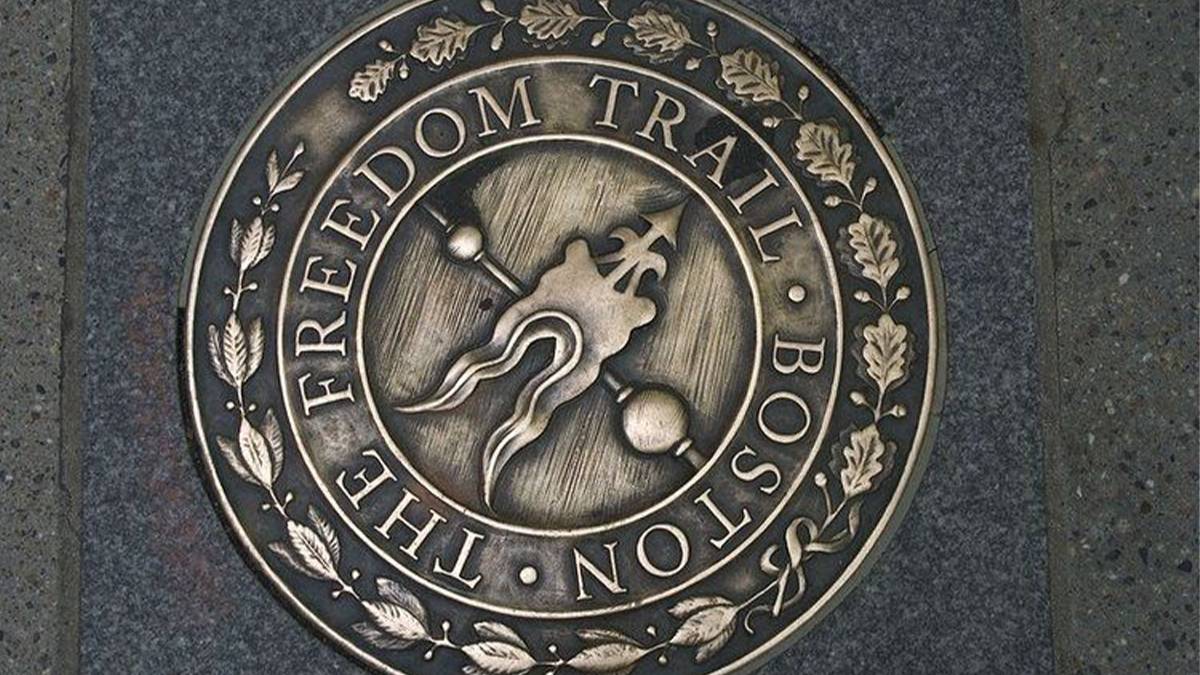 Before the Boston Tea Party, sparks of war ignited when British soldiers shot and killed…