Los Angeles New Years Eve 2022: Things to Do and Where to Celebrate

Toss some confetti! It’s time to live it up on New Year’s Eve surrounded by all the glitz and glamour that Los Angeles has to offer.

It may be on the opposite side of the country from the classic New Year’s Eve destination Times Square, but there’s no doubt LA offers its own New Year’s Eve experience unlike any other. A swirl of parties, theme parks, and restaurants make New Year's Eve Los Angeles a spectacular affair!

The moonlit waves crashing on the outskirts of the city, combined with opportunities to run into stars at every turn, make for unforgettable New Year's Eve LA celebrations.

From awe-inspiring fireworks displays to epic citywide countdowns, Los Angeles New Year's Eve party hosts know the meaning of “go big or go home.” Ring in the new year with some of the biggest and best celebrations around LA.

Is there a more magical place to end the year than Disneyland? If you're wondering what to do on New Year's Eve, this may be it!

After spending the day on classic theme park rides, take in the view as Disneyland rings in the new year with an enchanting over-the-top fireworks show at midnight.

Plus, let the holidays linger a little longer with all of Disneyland’s festivities, including Christmas parades, seasonal decor, and unbelievable performances -- complete with thousands upon thousands of glowing lights.

This 57-acre theme park filled with thrills on every acre is another excellent way to spend the evening in Los Angeles. With thrill rides such as the HangTime coaster, you’re guaranteed to end the year on a high note at Knott’s Berry Farm!

The park stays open late until 1 a.m. on New Year’s Eve for an exciting countdown, live entertainment, and a fireworks celebration to kick off the new year. You won't run out of things to do for New Year's Eve here!

EVE at Universal Studios Hollywood is one of the best places to celebrate New Year’s Eve in Los Angeles -- and for good reason!

During the day, experience the adrenaline rush of Universal’s extreme rides, attractions, shows, and experiences.

As the new year approaches, the park transforms into one gigantic party complete with music, dancing, and a massive fireworks display! Trust us. You do not want to miss EVE at Universal Studios Hollywood. This event makes celebrating New Year's Eve easy!

Aquarium of the Pacific

At the end of the year, the Aquarium of the Pacific stays open after-hours for the spectacular New Year’s Eve Night Dive. Ring in the new year under the sea with marine animals, tropical fish, and other underwater species!

Guests are invited to dress up, but there’s no dress code. Get ready for a dance party complete with a photo booth and confetti countdown! Live music and a live DJ keep the tunes going all night long. The fun begins at 8 p.m. and lasts into the new year at 1 a.m.

Pro Tip: If you're an aquarium member, you're in luck! Members can get cheaper tickets for the party than general admission guests. New Year's Eve Los Angeles at the aquarium, here you come!

Guests enjoy a buffet dinner, dessert, a live broadcast of the Times Square ball drop, dancing, and much more. Of course, you’ll get to visit all your favorite furry friends along the way, too! 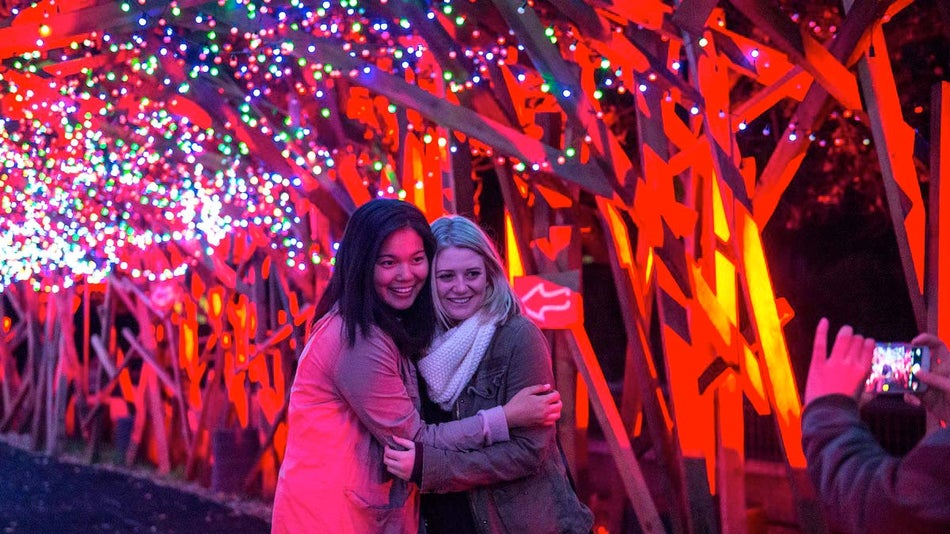 Wave goodbye to the old year under the light of a magnificent fireworks show near the sea at Burton Chace Park in Marina del Rey. There are two fireworks shows, actually -- one at 8:59 p.m. and another at 11:59 p.m.

Additionally, the whole family can check out the Glow Party from 7 p.m. to 12 a.m. Best of all, the event is totally free!

Commonly known as the flagship New Year Los Angeles celebration of the West Coast, N.Y.E.L.A. is a roaring good time that will have you breaking into song and dance. An impressive lineup of performers lights up the night with talent!

This event typically takes place in Grand Park but went virtual due to the pandemic. Check the event's page for details on the 2022 event this year.

If you’re looking to party like Gatsby this New Year’s Eve, there are plenty of great places around the city where you can do just that! Take your pick of these fantastic New Year's Eve 2022 events.

Check out these events, ranging from elegant affairs to energetic entertainment. Let’s get the party started! It's time to ring in the new year in Los Angeles.

Head to sea on a luxury yacht and take in the striking views of the gorgeous Marina del Rey as you celebrate the new year in LA.

Waltz across the sky deck in your formal attire, sampling hors d'oeuvres and dancing along the way. The firework show over the moonlit ocean is the perfect way to bid the old year adieu! 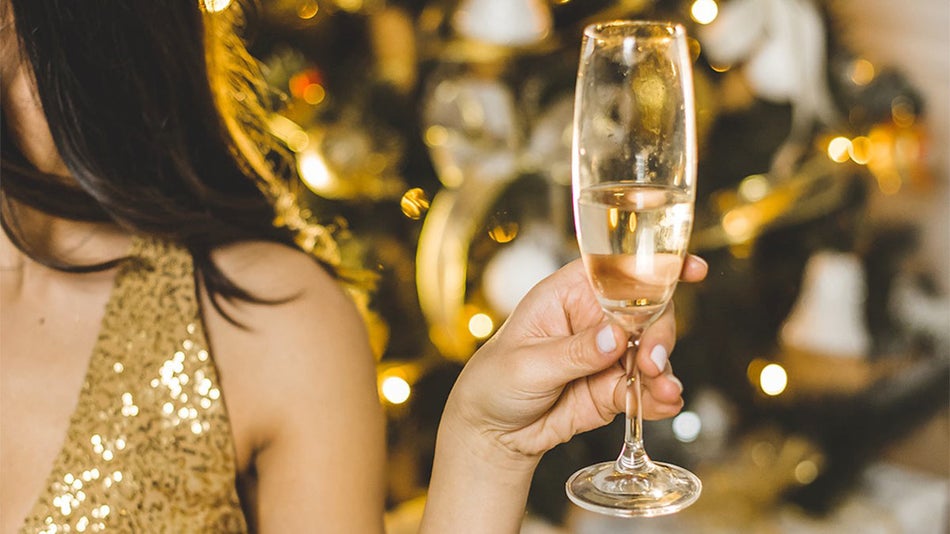 At this party, you can literally party like Gatsby, as that’s the theme! Take it back to the roaring 20s atop one of LA’s tallest skyscrapers, the U.S. Bank Tower, where you can end the year on a high. Come in your best flapper dress or zoot suit to party all night long! Don’t get stuck in New Year’s Eve past -- this year, spend the evening at an event that is sure to draw in the whole city.

Grab your tickets ASAP for this annual event, as it sold out all 19 years prior! A multi-level luxury yacht is the best setting to wave farewell to last year and all the highs and lows it brought with it. Celebrate a fresh start on the dance floor or one of the outdoor decks -- the whole yacht is yours for exploring.

It’s time to tip your party hat to a good time and end the night with a champagne toast! Remember that these are only a handful of the many Los Angeles New Year's Eve 2022 parties.

Pro Tip: If you're hoping to spend the holiday closer to the ocean, search for New Year's Eve parties in nearby Santa Monica! Watch the moon shimmer on the water as a new year takes its place. 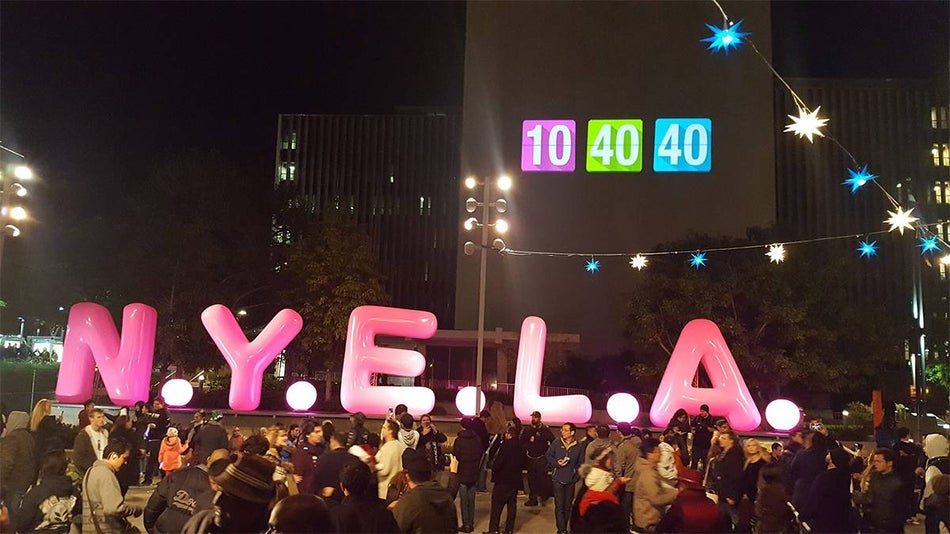 For families with young kids, making it all the way to midnight can be a challenge. However, the kids deserve a chance to celebrate New Year's Eve Los Angeles 2023, too! Fortunately, several of Los Angeles’ top attractions are open all day on New Year’s Eve.

What’s a party without delicious party food? Satisfy your appetite on New Year’s Eve at one of the best spots in Los Angeles. Many restaurants offer special menus and multiple-course prix fixe meals to celebrate the new year!

Abernethy’s at the Music Center

A delicious menu of modern soul food awaits on New Year’s Eve in LA at Abernethy’s.

Come for the food and stay for the party at this restaurant and rooftop bar, offering modern Asian fare. If this year is anything like last year, the word on the street is that there's a themed rooftop party to ring in the new year after dinner! 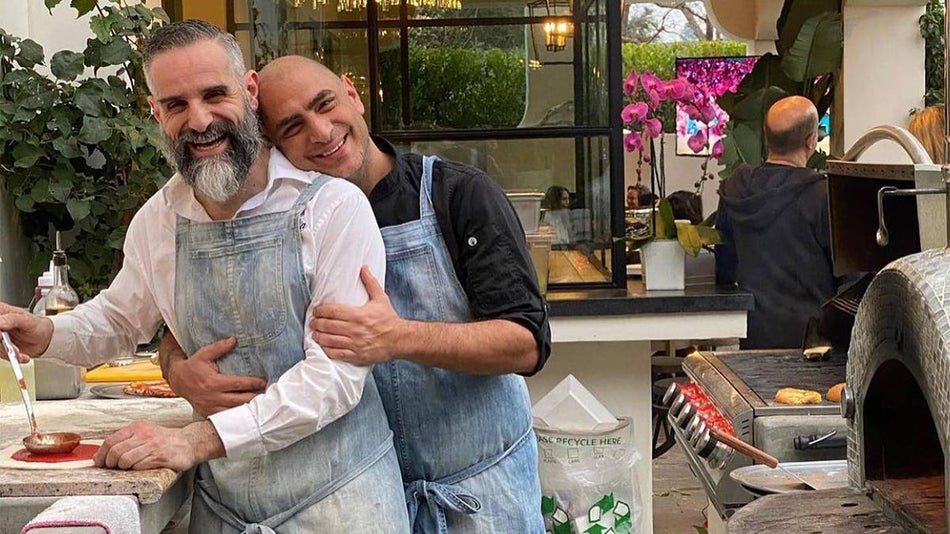 Italian food and pizza lovers alike will be right at home at L’Antica Pizzeria Da Michele. The restaurant was featured in the 2010 movie “Eat Pray Love” and has offered a prix fixe dinner special on New Year’s Eve in years past.

The Village Bakery and Cafe

End the night with dessert at The Village Bakery and Cafe. We recommend the s'mores bar if you're craving something rich with ooey-gooey goodness.

Known for donuts and drinks like coffee and tea, this cafe is the perfect spot to grab a quick snack. Donuts with unconventional toppings like Fruity Pebbles or bacon bits? Sign us up. 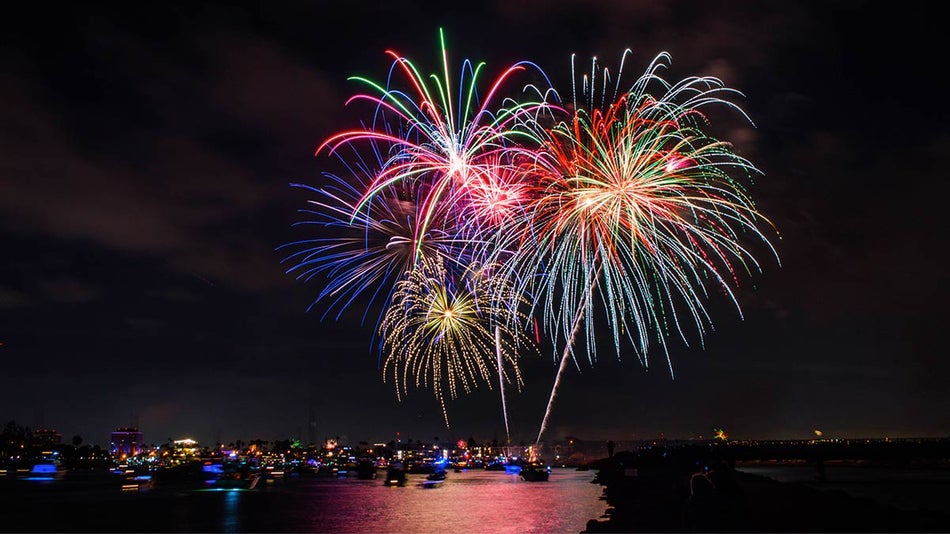 How Will You Spend New Year’s Eve Los Angeles?

No matter how you choose to spend the last day of 2022 in La La Land, remember to book your Los Angeles hotel room as soon as possible! Hotels will sell out, so make your reservation today.

While you’re at it, bundle your hotel stay with your attraction tickets to make the most of your trip. Ready to turn the page to a new year? The countdown begins!

Any incredible things to do or places to go in Los Angeles this New Year's Eve that we've overlooked? Share with us in the comments below!