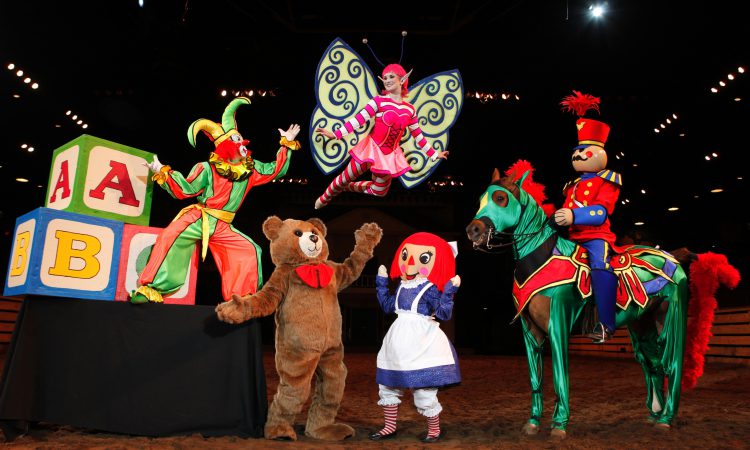 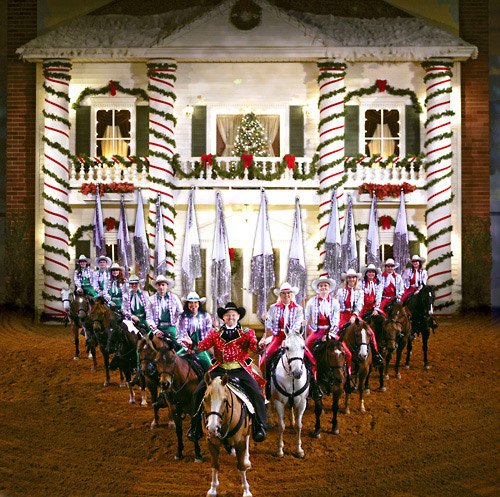 Adding to the merriment of the production are dancing and music segments. During the Toys segment, toys come to life before your eyes featuring a flying sugar plum fairy, larger than life toys and a real horse-mounted toy soldier all set to the music of the Nutcracker. Watch as your child’s eyes grow wide as these toys magically weave a holiday story. 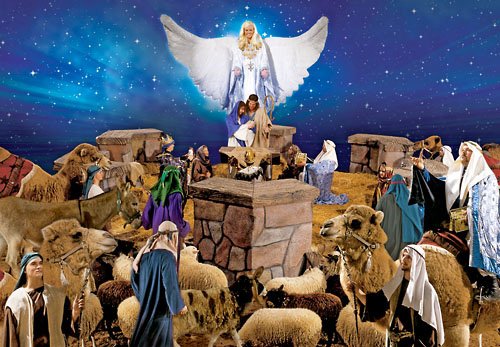 Heartwarming throughout, the show truly captures the reason for the season with their live nativity scene. The true meaning of Christmas comes alive as three kings riding atop camels on their way to Bethlehem. Angels dance above them, while spectacular songs carry them along. When they reach Mary and Joseph, the birth of Jesus is brought to life in a dramatic manger scene complete with live camels, donkeys, and sheep.

Romance and mistletoe are part of the show, too, as is falling snow and a special appearance from Santa Claus. The entire 1,100 seat arena transforms into a winter wonderland, with twinkling lights, evergreens, poinsettias, old-fashioned holiday costumes, and familiar holiday music.

For even more Christmas fun at Dolly Parton’s Stampede, show up early and head to the Carriage room. Starting an hour before the main event, you’ll hear jingling Christmas music and enjoy holiday activities for kids and adults alike.

The Dixie Stampede Christmas Show is performed October 25, 2018, through December 31, 2018. Reserve your tickets early as this show does sell out during the holiday season.