So, you like to be scared to your wits end? Revel in the jitters and anything that gives you the creeps?

If you enjoy breaking out in a cold sweat of heebie-jeebies—Southern California’s scariest event is just around the corner. And we’ve got all the details and deals to jolt you back to your senses. 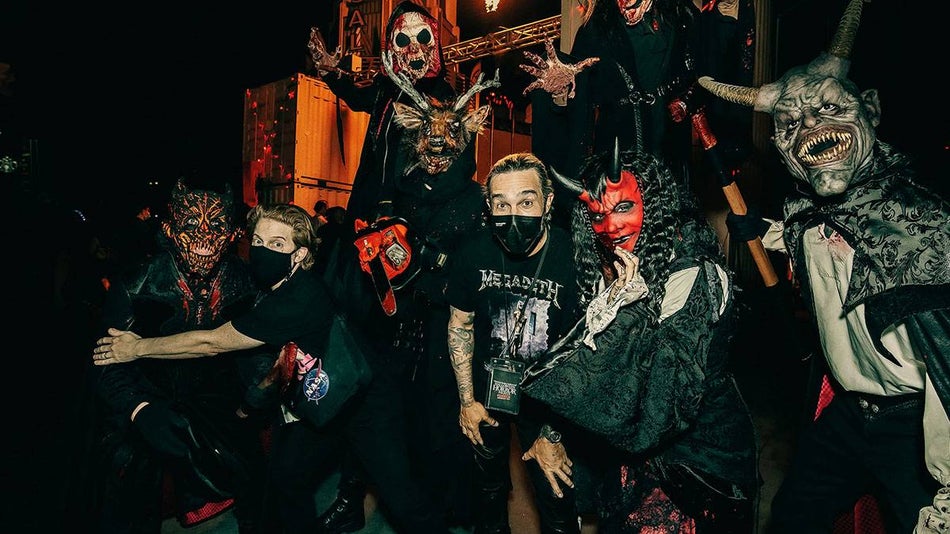 This year’s event takes place from September 8 to October 31, 2022, and showcases scare zones, a live show, and the infamous Terror Tram! Most importantly, eight haunted house attractions are ready to leave you quaking in your booties.

Select houses open at 6 pm, with the event running from 7 pm to either 1 am or 2 am, depending on the night.

Read on for an in-depth look at the 2022 Hollywood Fright Nights-if you dare!

Step into the menacing world of Michael Myers and hope you get out alive. Grab a group of friends to clutch onto as you make your way back in time to that terrifying night. If you haven’t seen the Halloween franchise, have a movie marathon before you arrive. 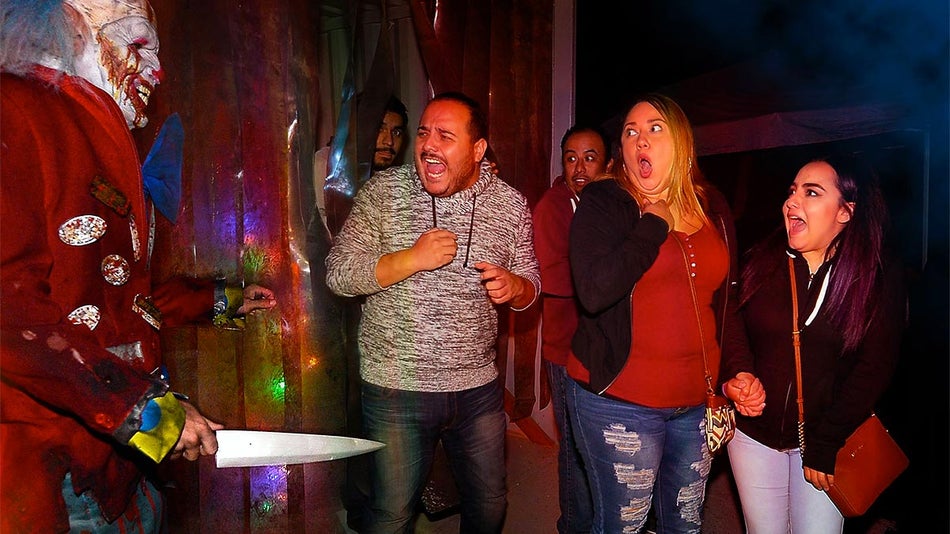 Step even further back in time to this 1920s Hotel from Hell, where a string of true crime murders and suicides appears stranger than fiction.

The hotel proprietor indicted for the murder of his wife was sentenced to the gas chamber. The owner who was executed was said to have laughed manically, saying, “I’ll be back.” Now, Hotel Universal’s infamous original owner is a serial killer ready with your room key.

If you happen to be searching for year-round Hollywood thrills, check out this In-Depth Guide to Rides at Universal Studios Hollywood.

The Weeknd After Hours Nightmare

Prepare for another nightmare of fright as you enter the mind of The Weeknd. This all-night music rave has bandaged maniacs on the loose and grotesque mannequin zombies. 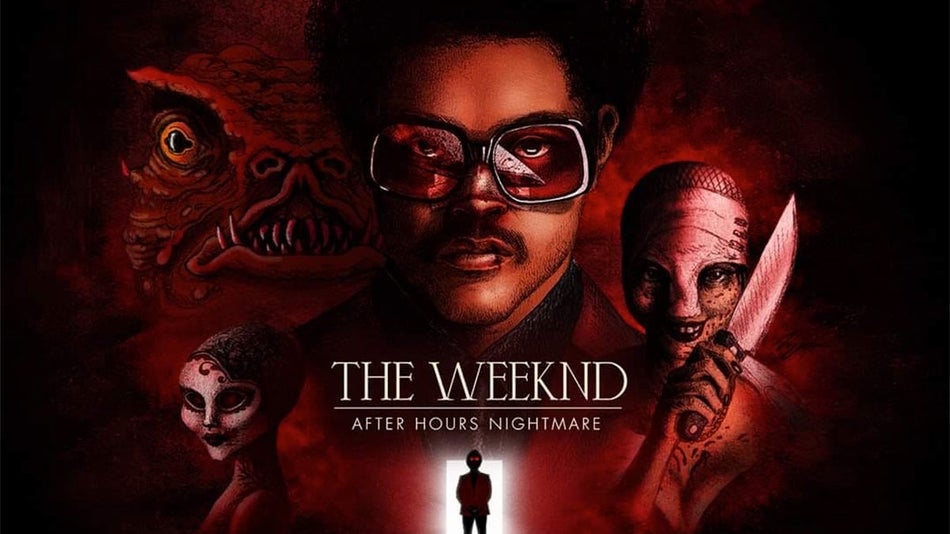 From the Blumhouse Production Company, get ready for a double feature of horror as visitors face off a serial killer from the film Freaky and an evil kidnapper from The Black Phone.

It’s The Wolf Man vs. Dracula vs. The Mummy. Summon your courage to face off three Universal monsters and try not to get caught in the middle as these deadly legends collide. 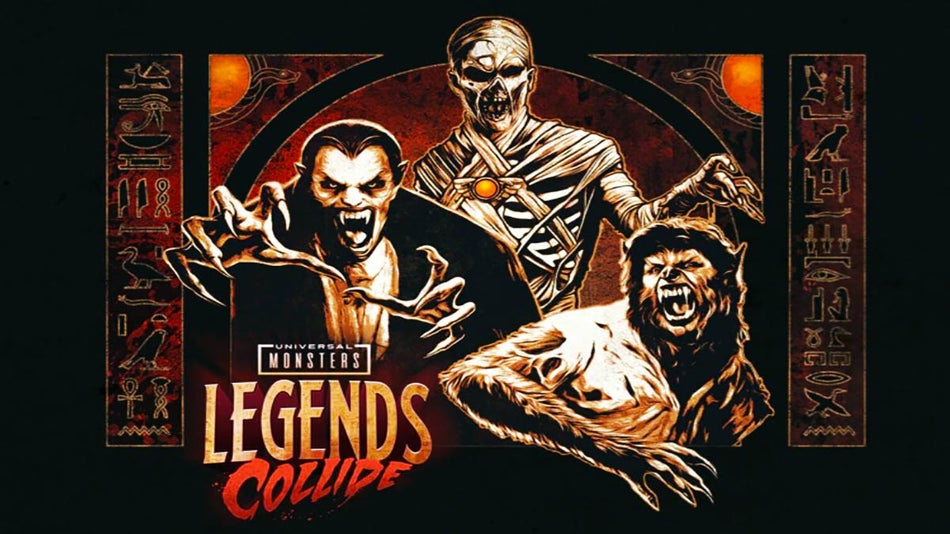 If clowns scare you, you might want to skip this one. These Killer Klowns, based on the 1988 cult film, trap their victims in a funhouse of horror. Yikes!

Related Post: Los Angeles on a Budget: How to Save BIG With a Go City Pass

Pro Tip: For Hollow Eve die-hards, a Frequent Fear Pass may be the way to go. Skip the regular lines at each haunted house and participating attraction to experience more fear each night you attend. Express access is a separate line with a shorter wait at each house/ride/attraction. (Does not apply to food and retail locations or shows.)

This all-new haunted house will have you shrieking through the cornfields. So get your scream squad ready to take on an abandoned Depression-era farm where the scarecrows ravage the lands. 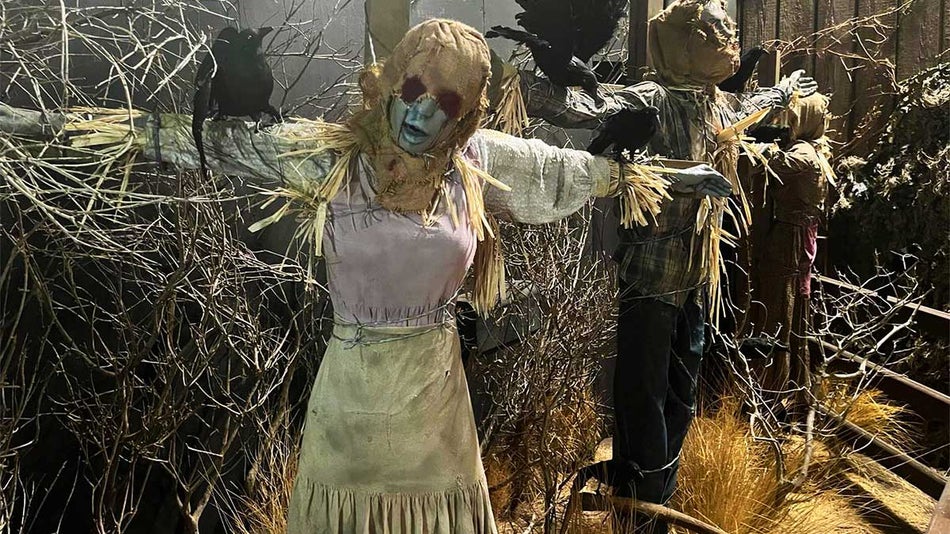 Ghosts abound in this house on the frightful night when a woman drowned her children and herself. La Llorona is back from the dead and looking for her next victim. 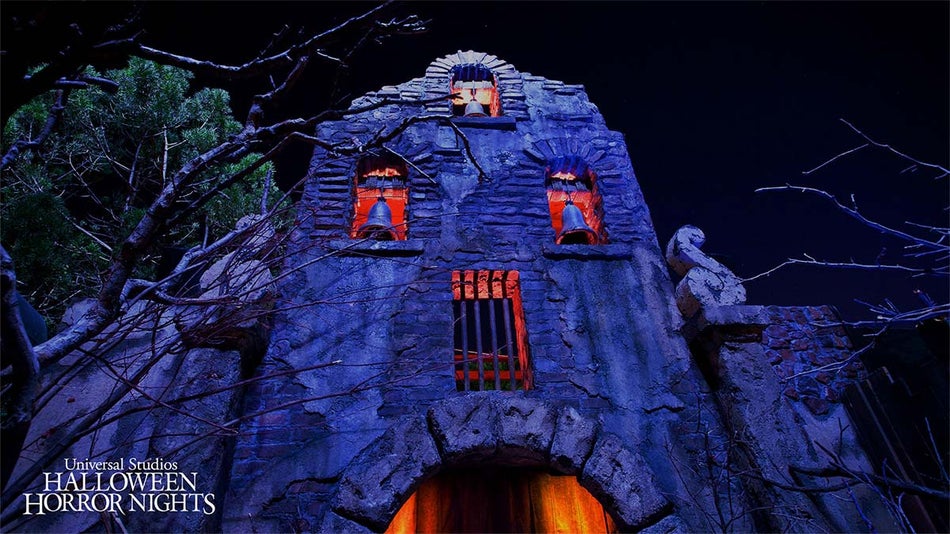 Let’s not forget the celebrated Terror Tram that started Horror Nights. This year’s tram journeys into the mind of one of today’s most renowned horror film directors, Jordan Peele. The extreme fear ride takes a disturbing turn when guests continue a walk-through of the set of Peele’s films Us and NOPE.

If you’re searching for an area hotel close to the action, don’t miss our 11 Best Family Hotels Near Universal Studios Hollywood. Whether you want to stay in Hollywood, Beverly Hills, or by the beach, look at these fantastic lodgings. 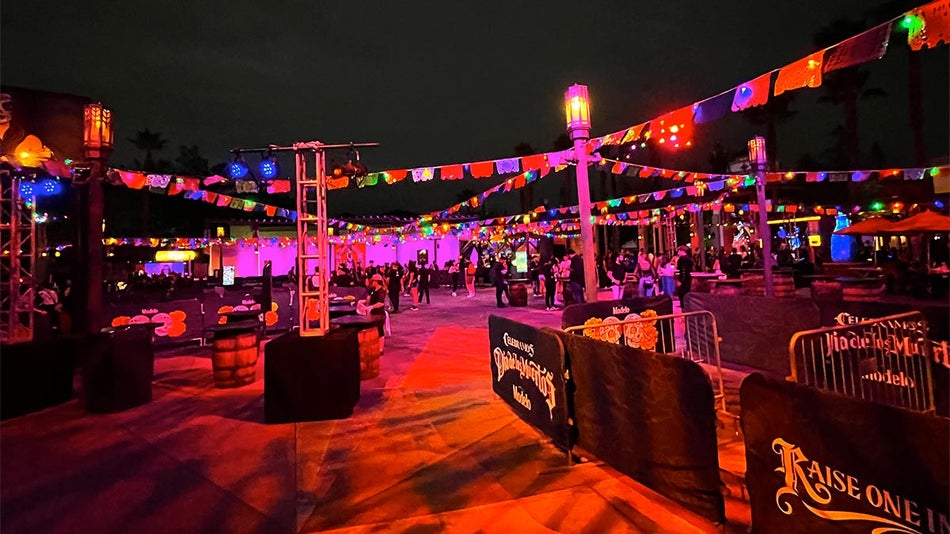 From La Llorona to El Chupacabras, the most terrifying myths of all time converge in one tiny village where la Muerte is your only escape.

This zone will send shockwaves down your spine as you step into a seedy sideshow where murderous geeks and freaks take revenge. 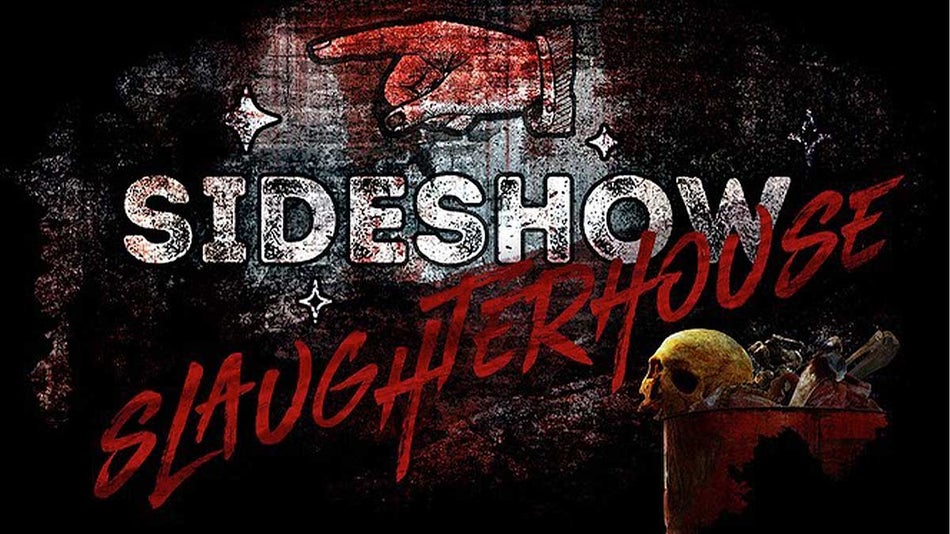 All faintheartedness aside…If you’re ready to face your phobia and step into a room with demented chainsaw-wielding clowns, we applaud you. If not, keep scrolling!

Enter the Wizarding World of Harry Potter™ and face all the Potter demons that keep you up at night. Ride Harry Potter and the Forbidden Journey™ and Flight of the Hippogriff™ for a great escape.

Moreover, a group of Death Eaters™, Voldemort’s devoted followers, are roaming through Hogsmeade™ village looking for others willing to show loyalty to the Dark Lord’s cause.

Of course, there are also signature rides and attractions like Water World™, Revenge of the Mummy℠, and Transformers™-the Ride-3D. It’s just a tad terrifying to encounter the Indominus Rex as she stalks you through the Jurassic World™-the Ride. 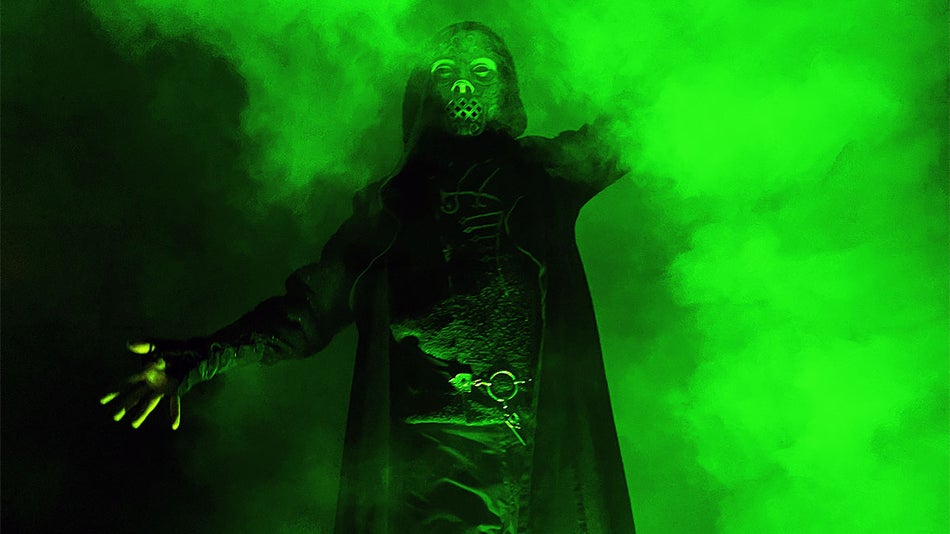 First things first. To best plan this year’s Halloween horror night of spookery, you’ll need Hollywood Horror Nights discount tickets, and we have significant savings off general admission to the park. If you buy online through Tripster, you can breeze through the line and save up to 21% on special packages. Summon up your nerve and buy your tickets to Southern California’s scariest Halloween event!

Fortunately, Tripster has the best selection and deals on Los Angeles attractions and activities, ranging from the iconic Disneyland® and Universal Studios Hollywood to harbor cruises and deluxe city tours. Of course, entertaining Los Angeles shows are an essential part of any vacation here, too. We also have vacation combo packages with attractions to save even more.

Have You Been to Halloween Horror Nights at Universal Studios Hollywood?

Which house would you like to go through most?