Are you ready for a fantastical day of movie-making magic and action-packed attractions that will leave you gripping your seat? Get ready for the ultimate Hollywood experience at Universal Studios Hollywood.

Follow along as we do a deep dive into the best Universal Studios Hollywood rides!

A spell-binding day of wonderment awaits you! First, explore the dinosaur-laden land of Jurassic World™, then onto the Wizarding World of Harry Potter™. There's sweeping excitement at this amusement powerhouse, with heart-stopping roller coasters like the Mummy's Revenge℠ and kid-friendly rides like the Flight of the Hippogriff™ and Despicable Me Minion Mayhem™.

In Universal City, California, Universal Studios Hollywood is a key Los Angeles attraction, part film studio and part theme park. The "Entertainment Capital of LA" is one of the oldest and most famous working Hollywood film studios. The coasters and attractions are split between upper and lower lots, connected by an escalator. The lower level has three thundering rides: Jurassic World™, Revenge of the Mummy℠ , and 3D Transformers™.

Since Universal Studios Hollywood has the best theme park rides and leading screen-based attractions in town, the choices can be overwhelming. With twelve electrifying rides, one enthralling studio tour, and two fabulous shows, you're set for a day of unadulterated fun, laughs, and megawatt thrills.

Your time is valuable at the park, and you need to spend it wisely! So, we've highlighted each attraction and provided insider tips to help you make the most of your day and get the most bang for your buck!

Six to seven hours should be enough to get the most sublime Universal Studio Hollywood experience. However, with Tripster's Universal Studios Hollywood discount tickets, you can breeze past the line, knowing you've received the best online rate!

To help plan your day, we have an overview of the best rides at Universal Studios Hollywood. There's the best, and then there are the scariest rides at Universal Studios Hollywood. With a depiction in tow, you can know in advance if it's something you want to do. For instance, some lines can be up to an hour's wait. So, take your spinach and power up for these phenom delights.

Pro Tip: Universal Studios Hollywood ride heights requirement for most roller coasters is between 39" and 42", with a waistline of 40" or less. If in doubt, you can always try the seat tester provided at the attraction's entrance.

On the lower lot, this fab movie ride propels you back in time to an adventure of epic proportions. In the dimly lit cavern, you travel at speeds of 45 mph into complete darkness on the chase for the Mummy's revenge. This one may not be for small children with jaw-dropping special effects and winding sharp turns.

This is an actual roller coaster, not a 3D simulation ride. Express passes are permitted here as lines can be up to an hour or more during popular times. 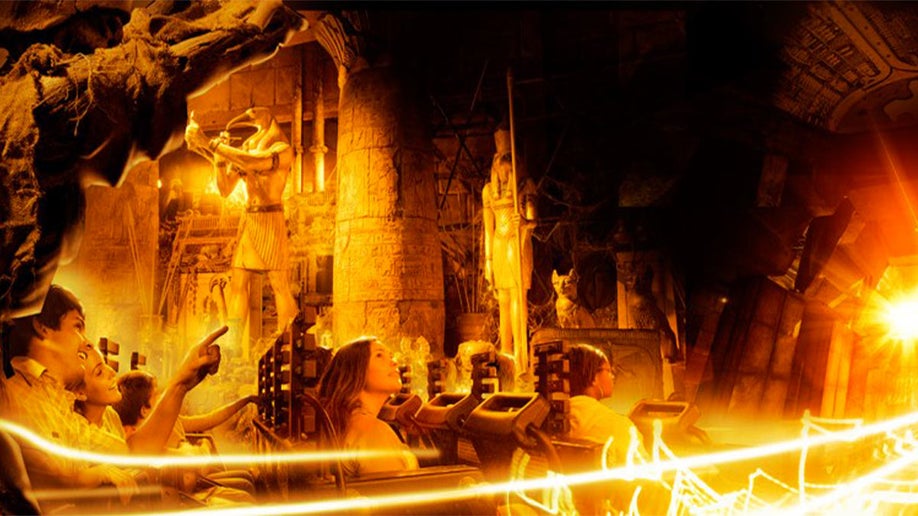 If you're a Harry Potter fanatic, you'll be happy to know one of Universal’s best rides, Harry Potter and the Forbidden Journey™, is just inside the celebrated Hogwarts. As guests wait in line, they walk the familiar halls of the Hogwarts School of Witchcraft and Wizardry, past Dumbledore's office, the Room of Requirement, and Gryffindor Common Room.

This motion simulation ride takes you high above the castle grounds on a thrilling journey with Harry, Ron, and Hermione. Guests must be 48" tall for this unique adventure!

Another imaginative delight to the senses is the Flight of the Hippogriff™. Here visitors enter the Care of Magical Creature grounds, where Hagrid teaches how to ride this supernatural beast. Onboard, rides careen through a pumpkin patch and dive past Hagrid's home on this family-friendly roller coaster. It's perfectly thrilling for youngsters and jubilant riders of all ages. The minimum height requirement is 39".

Interesting Fact: Throughout history, Universal Studios Hollywood's backlot has been damaged by nine fires. Some were due to natural brush fires, while others were accidental or caused by arsonists. 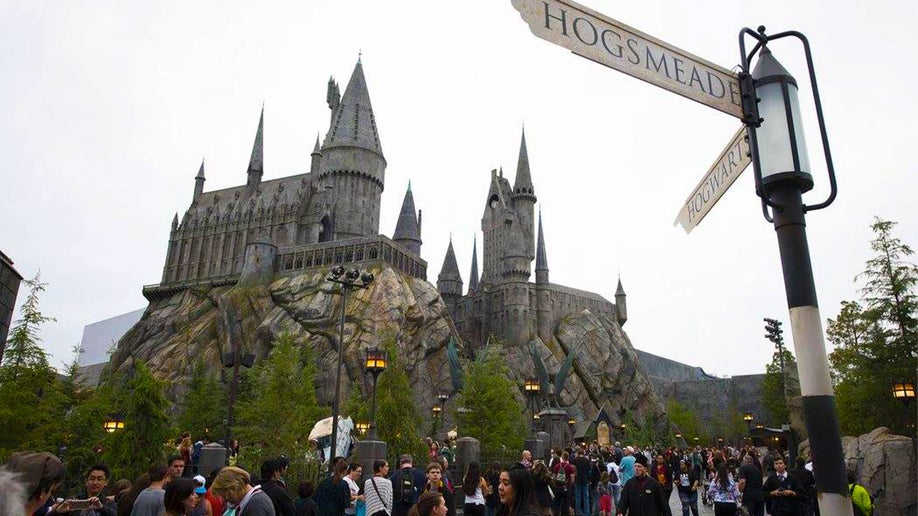 You'll find Jurassic Park the Ride as you enter Jurassic World™ on the lower lot. With fierce predators around every bend, you can expect an immersive experience before you even hop on the coaster. In addition, Jurassic World hosts a raptor encounter, a dino play area, and the Jurassic Café.

The Jurassic World Ride Universal Studios Hollywood recently underwent a major renovation, and the improvement is worth the lengthy wait time. The staggering 84-foot drop leaves most fans breathless, as does a head-on confrontation with the stalking Indominus Rex. Children between 42-48" must ride with a companion.

Enter Krustyland™, a marvel world where Krusty the Clown entertains the masses, and the  Simpson family rules supreme. Located on the upper lot, this iconic 3-D simulated ride won’t disappoint Simpson fans that it’s not a roller coaster. Instead, the creative geniuses behind this ride's design bring to life the show inside the theater.

Guests experience unseen Simpson footage and other interactive activities while waiting in line. This ride requires young guests between 40-48" to ride with a supervising companion. Those over 48 inches are free to ride unaccompanied.

Pro Tip: If you're prone to motion sickness, you might want to take over-the-counter medication or avoid this ride altogether. 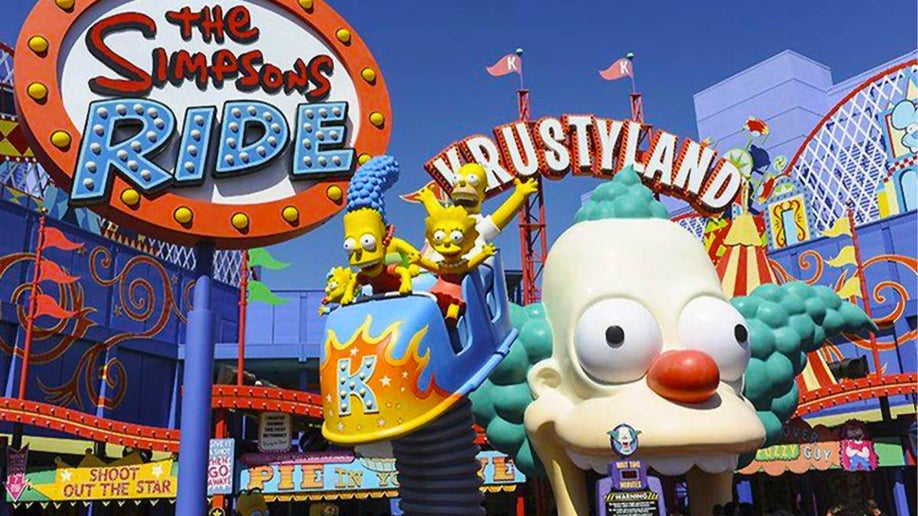 The thrilling Transformers—the Ride 3D is a fan favorite that journeys into a futuristic, machine warzone. Riders face off with Optimus Prime as they battle Decepticons over four stories.

This awe-inspiring ride uses flight simulation technology and 3D-HD media to create a profoundly innovative world. Those over 48" are free to ride unaccompanied, but those between 40-48" must ride with a companion.

Photo Alert: Inside the queue, visitors can take pictures with the robotic marvels; Bumblebee, Optimus Prime, and Decepticons.

Despicable Me Minion Mayhem™ is a computer-animated, simulated ride attraction with a cartoonish fun vibe. Join Gru and his daughters alongside the playful Minions on a dreamy trip through his supervillain lab. The virtual coaster, Minion Ride Universal Studios Hollywood elicits laughter and thrills for the whole family.

Pro Tip: Take advantage of the Child Switch Off program. If you have children who cannot ride a ride, one adult can wait with the child in the attraction's Child Switch room. Then, when the other party returns, you can switch and take a companion with you.

We have more tips for entertaining tiny tykes in Hollywood with our Parents Guide on Things to Do in Los Angeles with Kids.

Another dramatic, enthralling ride is the award-winning King Kong Encounter 360-3D. Created by film director Peter Jackson, it's the world's largest 3-D experience, only found on the Universal Studios Hollywood Studio Tour (upper lot). Your heart can't help but race during the captivating battle between a 35-foot T-Rex and the lord of the jungle, King Kong. 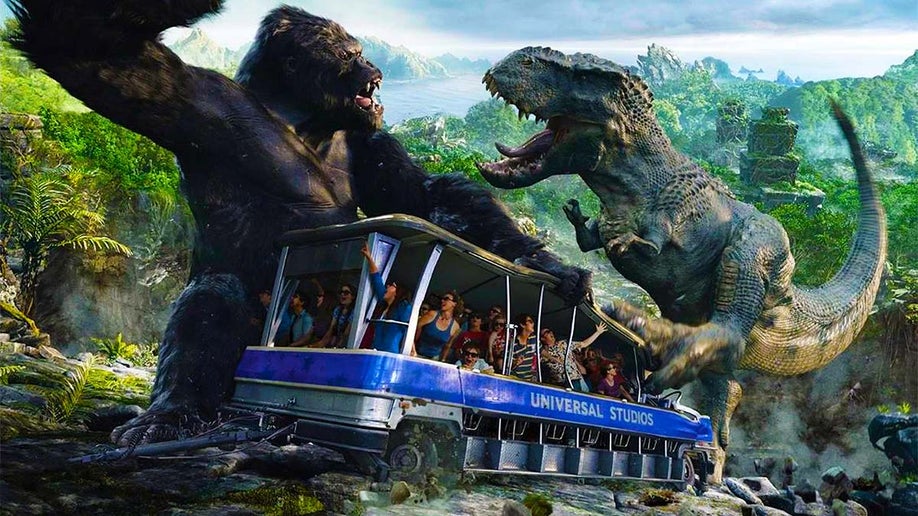 Iconic signature rides include the Jaws Ride Universal Studios Hollywood. This attraction opened in 1976 following the blockbuster hit movie and takes place on several sets from the film in the Studio Tour.

Though there are no slides or water rides at Universal Studios Hollywood, you may welcome a brief splash on a hot summer day. Chances are, if you’re sitting up close in the front seats at the incredible WaterWorld™ attraction, you might get a cooldown! 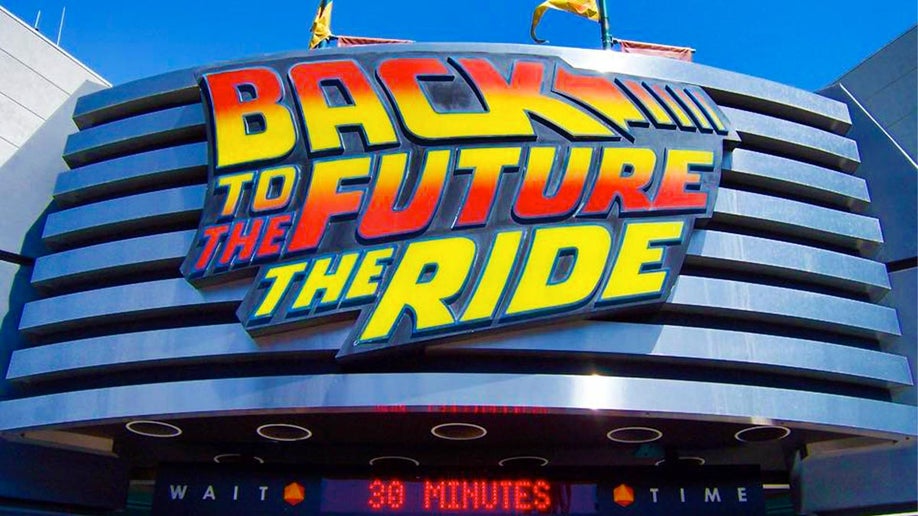 Check out our Insider's Guide to Universal Studios Hollywood for an in-depth look at the park and even more insider tips.

Pro Tip: Universal does not offer refunds for rainy days. So, make sure to watch the weather report before heading out.

Just like choosing rides, finding a hotel can be challenging! Fortunately, Tripster has options all over Los Angeles. Whether you want to stay in Hollywood, Beverly Hills, or by the beach, take a look at these fantastic lodgings. 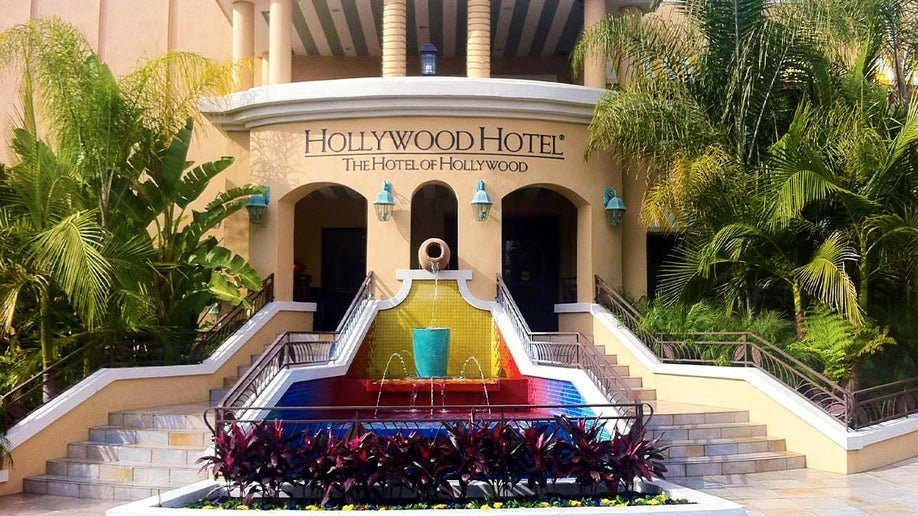 The dazzling lights of Hollywood get even brighter riding the attractions at Universal Studios Hollywood. If you buy your discounted tickets through Tripster—you'll experience bold, innovative roller coasters, 3-D technology, and amazing simulated rides.

There's also the nearby Universal CityWalk® with a collection of shops, restaurants, and a seven-story IMAX theater. If one day of rides isn't enough at Universal, you can always explore Disneyland® Theme Parks, Boomers  Los Angeles, and Warner Bros. Studio Tour Hollywood for an even more spectacular Los Angeles vacation.

Which is Your Favorite Ride at Universal Studios Hollywood?