Endless thrills and excitement based on your favorite characters from film, TV, and comic book lore are what’s on the menu at Universal Orlando Resort.

Enjoy an extraordinary escapade as you bounce between two action-packed theme parks and also discover the very best entertainment and adventure the sunshine state has to offer with our insider's guide to Universal Orlando Resort.

From downing sugar-crusted churros to yucking it up with Jimmy Fallon or escaping some not-too-friendly magical creatures with Hagrid, there is no shortage of fun to be had in the Universal universe. If you're seeing the Universal Studios Florida logo in your dreams it might be time to plan your cosmic getaway.

Therefore, let our Insider’s Guide to Universal Studios Orlando coach you through over 500 acres of magic, fantasy, and cutting-edge rides.

No need to be scouring the internet when we have the best Orlando expert travel advice and Universal Orlando tips right here!

Universal Orlando Resort has entertained visitors from around the world for over thirty years.

The entire resort is technically made up of three separate theme parks:

AND a massive dining and shopping complex area called CityWalk. 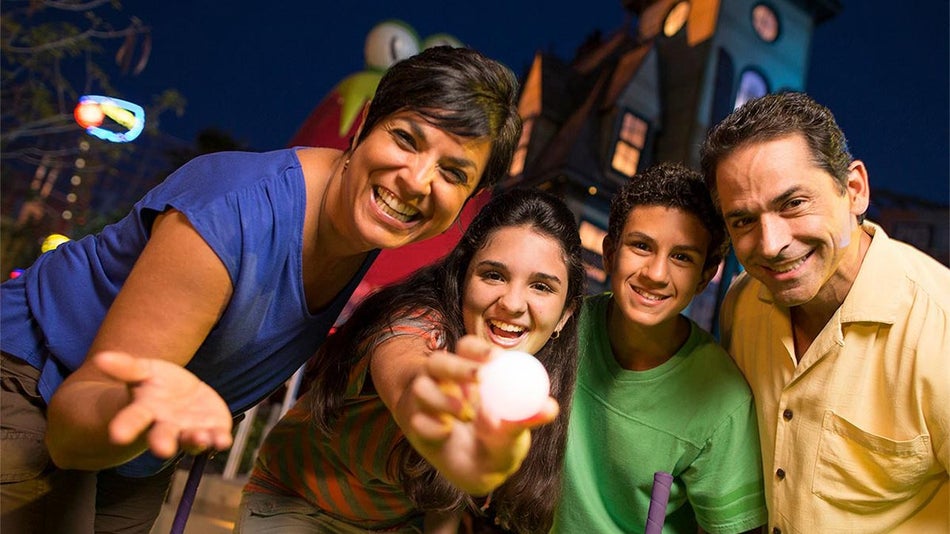 Universal Studios Florida was designed to allow guests an exclusive behind-the-scenes look at creating their favorite films and TV shows.

Today, this park showcases classic rides such as E.T. Adventure and the Revenge of the Mummy, in addition to the Diagon Alley section of the Wizarding World of Harry Potter. What's more, we have the inside scoop and Universal Studios Florida tips and tricks.

Islands of Adventure is filled to the brim with high-octane roller coasters and water rides, like Jurassic Park River Adventure and the Incredible Hulk Coaster.

This adrenaline junkie’s paradise is also where you can find the other half of the Wizarding World of Harry Potter - Hogsmeade.

With a wave of Harry's wand, we have a bag of Universal Studios Florida tips and tricks to help plan your magical trip. Read on!

Think theme park fun is just for the kids? Not at Universal Studios Orlando! Create your own adult-friendly night to remember at Universal CityWalk. From movies to mini-golf and everything in between, CityWalk provides a fantastic escape. 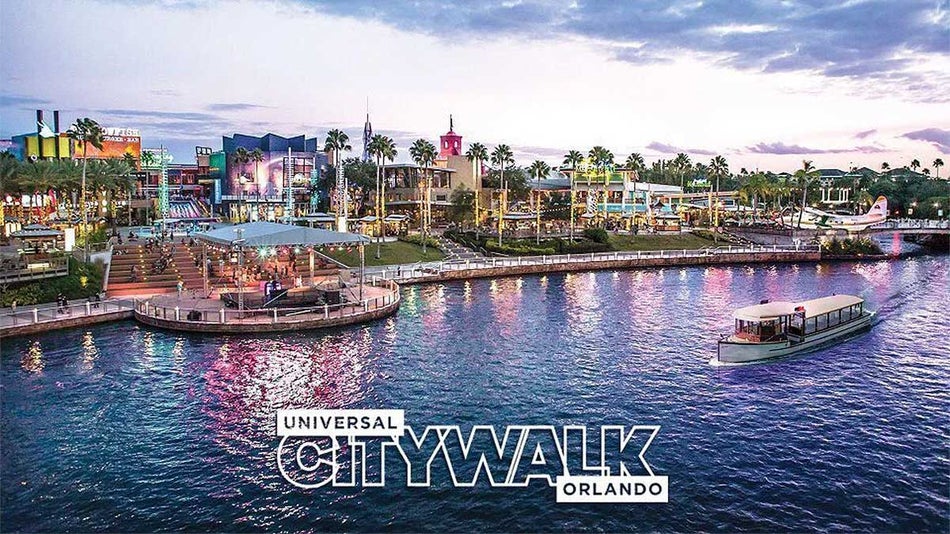 When to Go to Universal Studios Florida

Before you immerse yourself in this extraordinary epicenter of entertainment, you’ll need to pick the ideal time to visit Universal Orlando Resort.

Related Post: 14 of the Biggest, Baddest Thrill Rides Orlando Has to Offer

Unless you enjoy staggeringly long wait times and heavy crowds, it is best to avoid weekends, major school holidays, and summertime.

Additionally, foot traffic will always ramp up around Halloween due to the widely popular Halloween Horror Nights Event. Don't make easily avoidable travel mistakes. Just follow these Universal tips and tricks Orlando! If you're debating when the best time of year to visit Universal Orlando is, check out When is the Best Time to Visit Orlando.

Pro Tip: As a general rule of thumb, either a Tuesday or Wednesday is the best day of week to visit Universal Orlando.

Slower times to visit include:

Cut out the guesswork of finding the best price by pre-purchasing your Universal Orlando Resort tickets ahead of time.

By buying online, you are guaranteed the best price and can choose from several ticket options ranging from 1-Park 1-Day base tickets to 3-Park 5-Day Park to Park tickets.

Pro Tip: Considering the size and breadth of Universal Studios Orlando, it is challenging to cover both parks in one day.

Therefore, as theme park experts, we always suggest springing for at least a 2-Park 2-Day Park to Park Ticket, which allows you to bounce between both parks.

Orlando is the theme park capital of the world, and it would be a shame not to turn your Universal Orlando trip into a full-fledged sun-soaked vacation!

Therefore, try combining your Universal Orlando activities with other nearby popular attractions like:

for a double dose of thrills and amusement.

With so many options for hotels by Universal Orlando Resort, it can be hard to choose! But luckily, we have a variety of accommodation options, from budget-friendly comfort inns to more deluxe full-service resorts. Whether you stay at the family-friendly Hard Rock Hotel or the European luxury of the Loews Portofino Bay Hotel, there is something for everyone.

Pro Tip: If you can stay onsite at Universal Studios Orlando, we strongly encourage it! In addition to putting you in the middle of the action, staying onsite provides a host of benefits, such as: 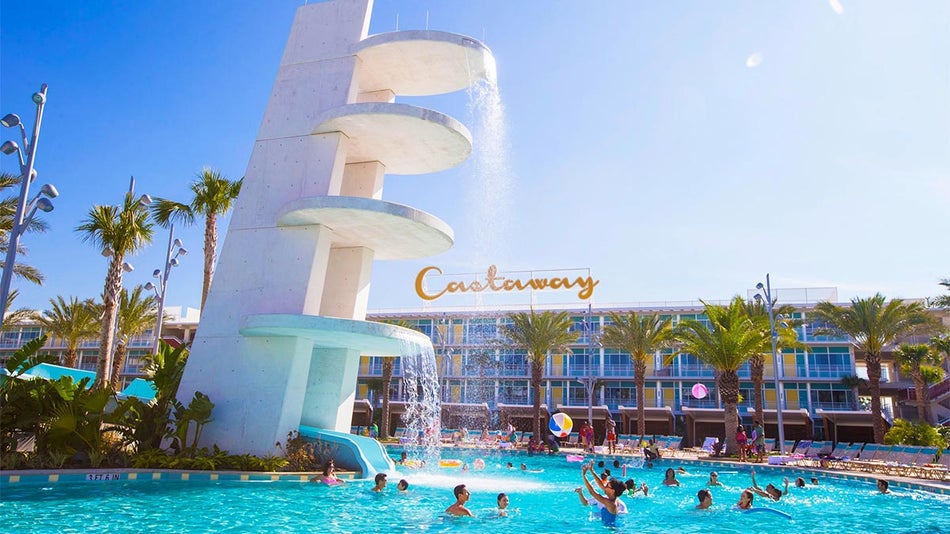 We’re not going to lie; preparing for a day (or more) at Universal Studios Orlando sans park strategy is a recipe for disaster.

Due to the vast nature of the park and the incredible number of rides, shows, and entertainment to participate in, you need to have a plan.

Always arrive at least 30 minutes before the park opening (also known as rope drop). This way you can get a jump on any heavy lines at the park’s most popular attractions. Most especially if you're interested in Hagrid’s Magical Creatures Motorbike Adventure roller coaster and Harry Potter and the Escape from Gringotts since they are the most popular.

Pro Tip: Your plan of attack will vary depending on which Universal rides and shows you wish to prioritize.

Therefore, as a general rule, try to knock out longer wait times for bigger attractions early in the day.  Then take an air-conditioned reprieve from the hotter temperatures with a live show (like the frightening Fear Factor Live) in the afternoon.

Constant connection, effortless navigation, and your custom Universal Studios itinerary are all within your mobile device.

The Universal Orlando Resort App is here to take the struggle out of managing your theme park schedule. This comprehensive and newly updated app now allows you to:

Does your Universal Studios Orlando visit happen to coincide with a surge in park attendance? Then kiss unnecessarily long lines goodbye with the Universal Express Pass.

Depending on your patience, or lack thereof, you can choose from:

Debating whether or not you’ll want to catch up with Shrek, Spiderman, and the Simpsons cast on a more regular basis?

Related Post: When is the Best Time to Visit Orlando?

If so, you can seamlessly upgrade your one-day general park admission ticket to an Annual Pass on the day of your visit and glide on through the park entrance. You won't have to wait in line to hit all the park's high notes!

Pro Tip: When you stay at the Universal Orlando Resort, you'll enjoy Early Park Admission to The Wizarding World of Harry Potter and Universal’s Volcano Bay up to one hour before the theme park opens.

Obviously, we wish we could cover 100% of Universal Studios Orlando during every visit. But unfortunately, due to time constraints, this isn’t always possible.

So for you to make the most out of your Universal Studios Orlando trip, we’ve narrowed down our top-tier, ca n’t-miss list of attractions in both parks:

It turns out there is something new under the Florida sun! Universal Studios Orlando is constantly innovating and upgrading both its parks to generate a more pleasurable visitor experience for all.

The Buzziest new rides, shows, and attractions include:

This new venture promises to ‘forever change theme park entertainment' and deliver magic and laughter-filled memories beyond your wildest dreams.

No official opening date has been slated. Meanwhile, optimistic fans hope doors will open sometime in 2023. 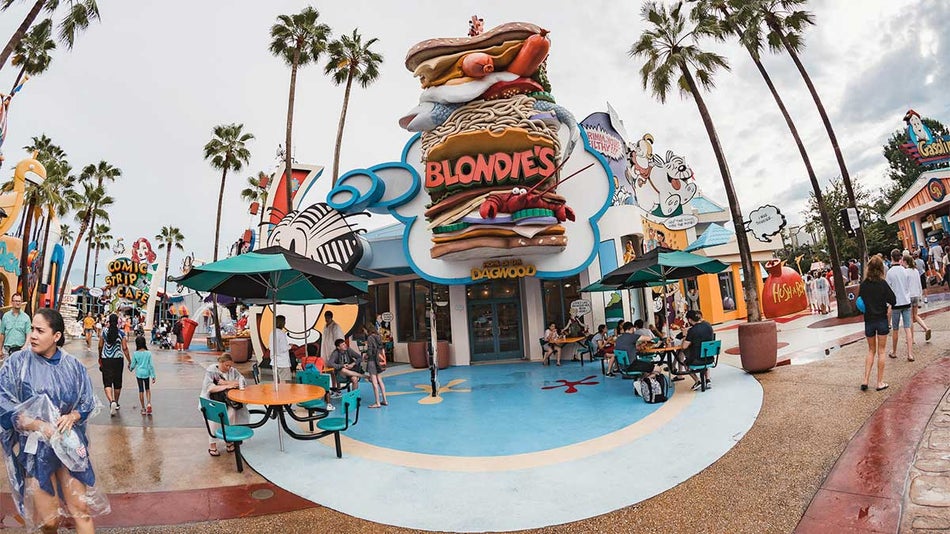 Magical ice cream, massive burgers, and Butterbeer, oh my! Universal Studios Orlando is bursting at the seams with so many culinary delights. In addition, it has over 100 different dining locations within its three parks.

Whether you are in the mood for a quick snack, a magical elixir, or a fancy surf and turf dinner, there are various delicious dining options to choose from inside the park. Follow these Universal Orlando tips and tricks to uncover some truly delicious options.

As certified grade A foodies, we can never pass up our favorite park noshes:

What to Bring to Universal Studios Orlando

Nothing can throw a wrench into a day of vacation festivities faster than a pair of pinching shoes or an unexpected rainstorm. However, if you follow our Universal Orlando insider guide, we've ensured that all your bases are covered.

By consulting our Universal Orlando tips 2022- we have a non-negotiable list of must-have theme park items:

No vacation to the sunshine state is complete without a stop at Universal Studios Orlando.

This renowned theme park has attracted over 11 million visitors a year and has created its galaxy of exhilarating magic, fantasy, and merriment. Whether you are a diehard Potter-head, a classic movie junkie, or just wish to cozy up to Kung Fu Panda, there are eons of one-of-a-kind adventures to be had at Universal Studios Orlando.

Whether it's Universal tips or a Universal Orlando itinerary, we have all your travel needs covered! Remember, Tripster has the best guaranteed online rates to help you save money and time.

So are you ready to experience your own ‘woah’ moment with Universal Studios Orlando?

What Did We Miss With our Universal Guide to Universal Orlando Resort?