Journey to the Red Planet, witness the indescribable majesty of a rocket shuttle launch, or meet a real-life astronaut. Space nuts of all ages will be in intergalactic heaven when they make a pilgrimage to the NASA Kennedy Space Center.

Follow along as we spill details on everything from moon rocks to the space shuttle Atlantis at the Kennedy Space Visitor Center.

This oasis of space exploration lies just a hop, skip, and a jump away from Orlando and Daytona Beach. Prepare those launch pads as you train in a space flight simulator, soak in a 3D IMAX movie, or peruse the Astronaut Hall of Fame.

Read on to begin your mission to the cosmos above…

About the Kennedy Space Center

Situated on the picturesque Space Coast in the city of Merritt Island, this educational and entertaining institution has delighted visitors for over 50 years. Each year the Kennedy Space Center welcomes approximately 1.5 million visitors, including many overnight guests.

Related Post: 12 of the Best Things to Do in Orlando with Teenagers

The Space Center Visitor Complex is currently open to the public and provides a full day's worth of exploration and excitement. Indeed, in the know, officials recommend spending 6-9 hours to fully enjoy the Center’s spoils. From behind-the-scenes facility bus tours to in-depth dives into the current space program, the Kennedy Space Center is an ideal addition to any Florida vacation.

Before you can blast off for Mars or stand nose to nose with an actual space-flown spacecraft, you’ll need to purchase your Kennedy Space Center Tickets.

Since the Kennedy Space Center is a widely popular destination, we highly recommend pre-purchasing your daily admission or Atlantis Annual Pass tickets ahead of time.

Explore infinity and beyond with any of our space worthy ticket selections:

A Single Admission ticket is good for a one day visit to the Kennedy Space Center and includes the following:

Related Post: 15 Fun & Free Things to Do in Orlando at Night

An Atlantis Annual Pass awards you all the perks of general admission for an entire year, plus:

Can’t wait to be part of the next generation of space explorers? Reserve your spot with the Astronaut Training Experience to train, live, and work like you would on the red planet.

Looking to expand your horizons beyond space? From Disney World to Discovery Cove, there are many awe-inspiring add-ons to make your Kennedy Space Center Vacation Package an interplanetary success. 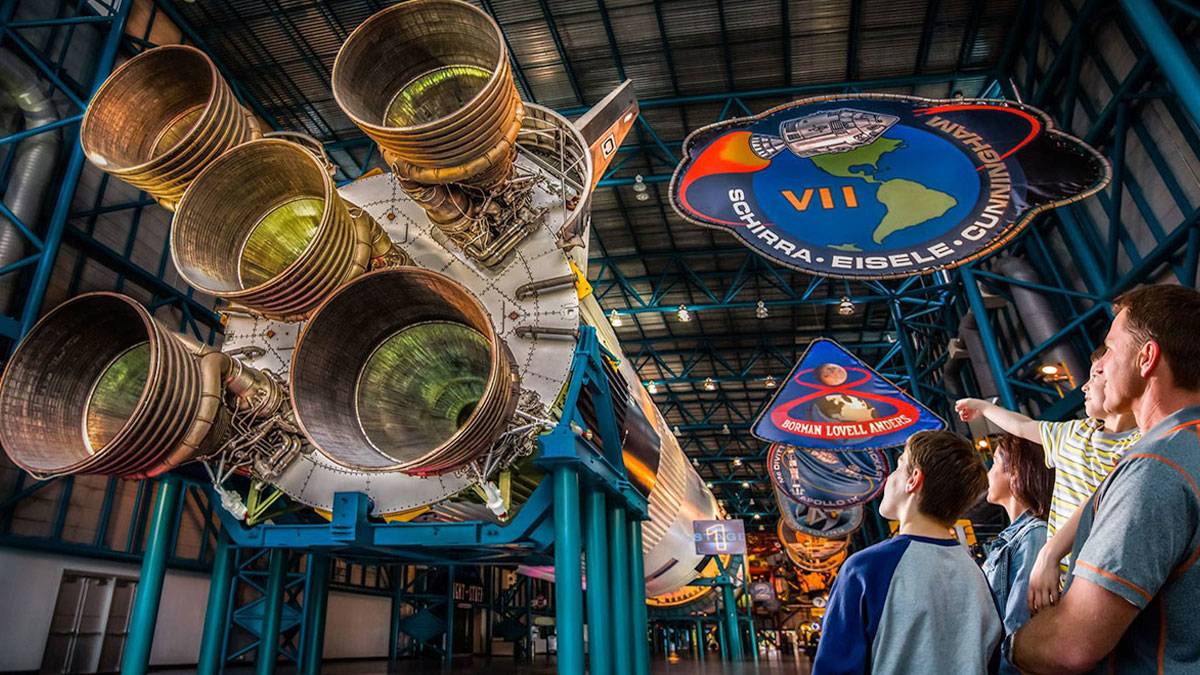 Shuttle launches, living legends, and the world’s largest rocket, oh my! Make sense of the multitude of experiences and attractions that await you at the Kennedy Space Center when you download the free app.

Enjoy GPS-enabled map navigation, up-to-date hours of operation, and detailed information on shows and exhibits. Stay on top of the current weather, enhance your visit with guest services, or locate the nearest restroom.

It's like having a personal space pilot in the palm of your hand. The Kennedy Space Center Guide helps you make the most of your star-studded visit. Customize your visit with an astronaut appearance, or set up notifications for rocket launch updates.

Eye-popping asteroid IMAX films, soaking in the power of a Mars Rover vehicle, or the sensory overload of a shuttle launch experience. With so much of the Final Frontier to uncover, it can be difficult to know where to begin.

Luckily, we’ve taken the guesswork out of mastering the Kennedy Space Center by compiling our ‘can’t miss attractions’:

Apollo Saturn V Rocket Center - Considered the largest rocket made by humans at the time, the Apollo Saturn V moon rocket inspired the construction of the Vehicle Assembly Building. This spectacle of human engineering and creativity measures 60 ft taller than the Statue of Liberty and launched the U.S. to the moon! Be sure to watch the Apollo-era footage and catch a daily guided tour of each stage of the rocket.

Heroes and Legends - Pay your respects and honor the brave individuals who dared to dream beyond Earth’s atmosphere at Heroes and Legends. Uncover the illustrious history of the space age and pioneer astronauts as you marvel at artifacts, including a Redstone rocket, the Sigma 7 capsule, and the Gemini 9.

Astronaut Encounter - Embrace the once-in-a-lifetime opportunity to chat with an actual astronaut! Glean first-hand insight, knowledge, and stories from a veteran astronaut as these heroes of the cosmos share their experiences in space during a live presentation and question & answer session.

Shuttle Launch Experience - Got ice water pumping through your veins? Adventurous souls will be aching to try the awe-inspiring experience that NASA astronauts deem “the next best thing to flying.”

Journey to Mars: Explorers Wanted - Do you have what it takes to be part of NASA’s next generation? Step inside the mystery of the Red Planet. Test your deep space skills with interactive games and simulators as you explore NASA’s plans for Mars.

Rocket Launch Viewing - Get one step closer to completing your bucket list. Treat yourself to the epic visual of a real-time rocket launch. Revel in live launch commentary and the mind-blowing sounds, sights, and vibrations of a spacecraft departing Earth.*

*Please note that Rocket Launch viewings are pre-scheduled and not included with general admission. The visitor complex may offer launch tickets for rocket launches. 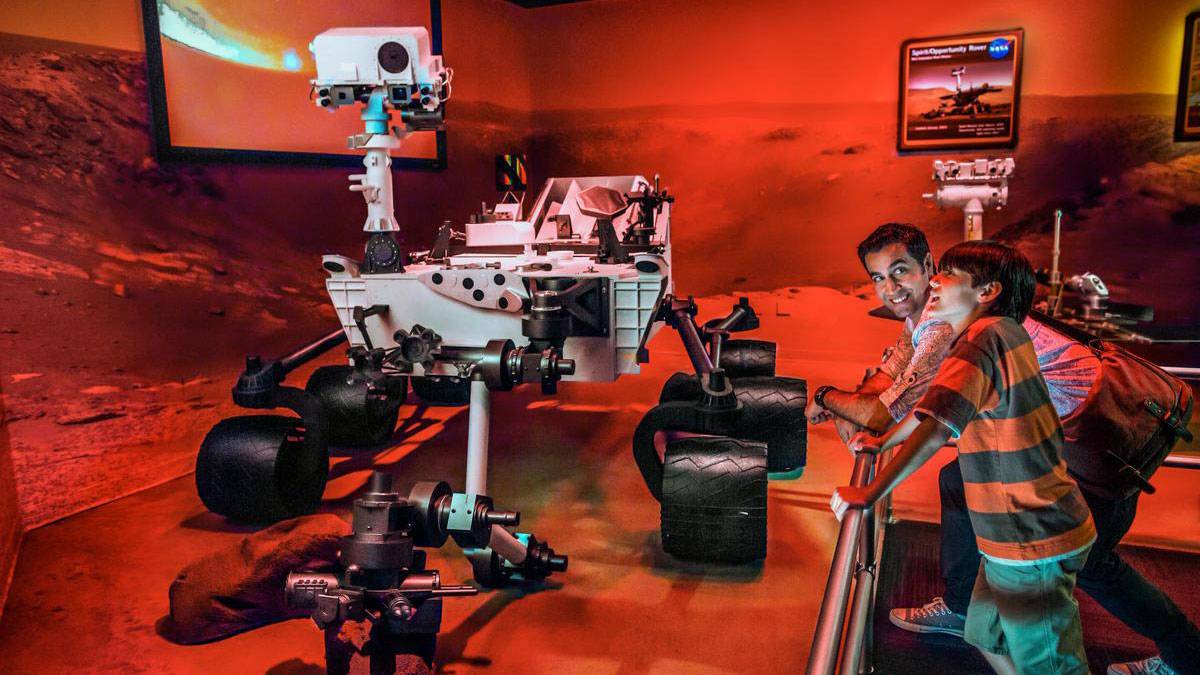 At the Kennedy Space Center, technology and progress work hand in hand. NASA continues to dive deeper and deeper into the secrets of the cosmos. Meanwhile, the Space Center continues to champion the eternal quest for knowledge.

Related Post: New Orlando Attractions Opening in 2022: What You Should Know

In the coming months' intrepid Space Center guests can expect new attractions and exhibits such as:

Moonscape - Reenact one of the most infamous moments of American history when you visit the Moonscape. One of the newer exhibits at the Space Center, Moonscape, recreates the iconic scene from Apollo 11 when Buzz Aldrin and Neil Armstrong planted the American flag on the lunar surface. In addition, kids can test their landing and launching skills with three interactive space challenges. 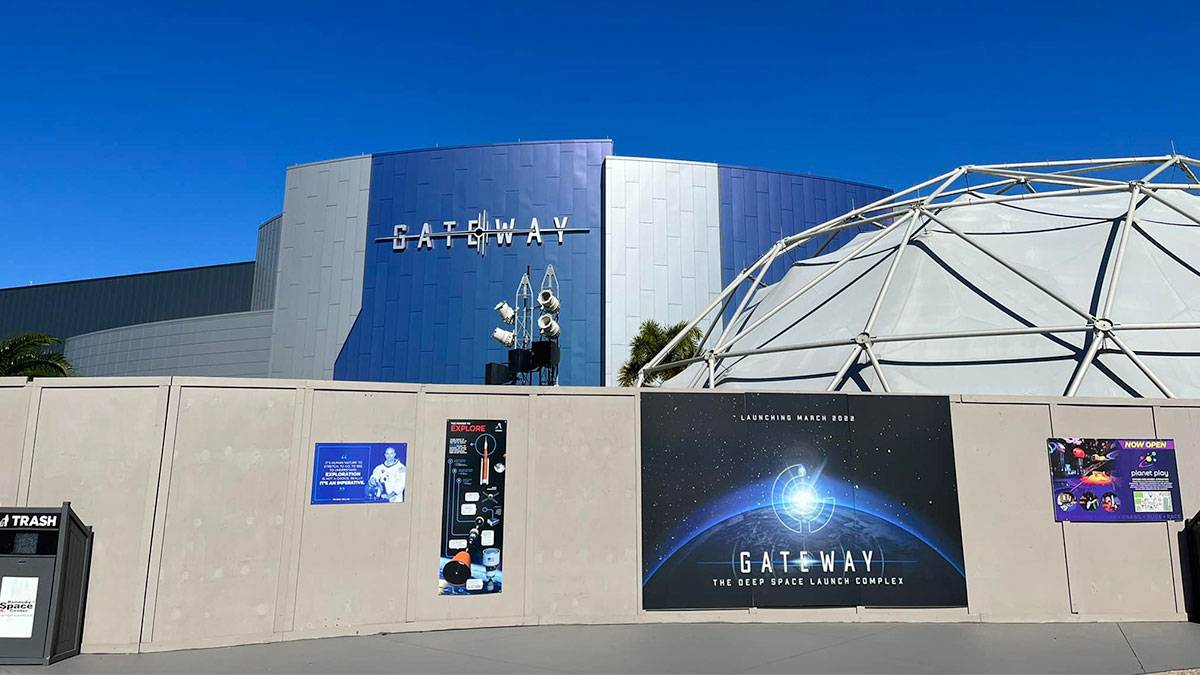 Meteors, space shuttles, and anti-gravity training can really take it out of you! Refuel your food storages, so you can take on even more interstellar challenges when you settle in for lunch at the Kennedy Space Center.

Whether you are hankering for a sit-down meal or wondering where to procure an adult beverage, we are spilling all the tea on where to eat:*

*Please note: The Space Center does allow visitors to enter with small amounts of food and beverages in small, soft-sided coolers. 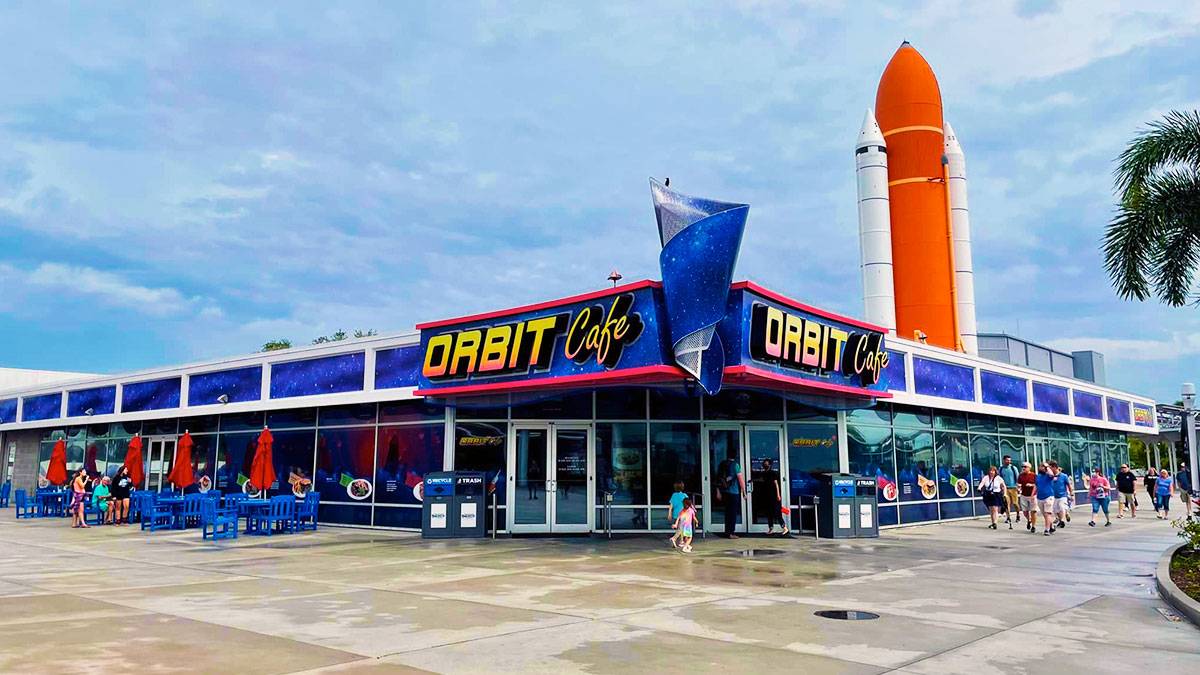 The sprawling Kennedy Space Center is a mere 44 miles from the bustling Central Florida metropolis of Orlando.

Although not accessible by public transit, there are many tour companies that offer round-trip transportation to the center.

If you choose to drive, parking is readily available for the following prices:

Florida’s Central East Coast may be known for sun-soaked beaches and surf-worthy swells. However, this palm tree-studded paradise is also home to every space fan’s biggest fantasy.

The Kennedy Space Center contains countless exhibits, artifacts, and displays from past flights and robotic missions. It is here where the story of NASA and our world’s eternal fascination with the infinite void come alive.

Dare to uncover the untold possibilities of space travel, shuttle launches, and more. Meanwhile, meander through over 40 acres of America's space program. 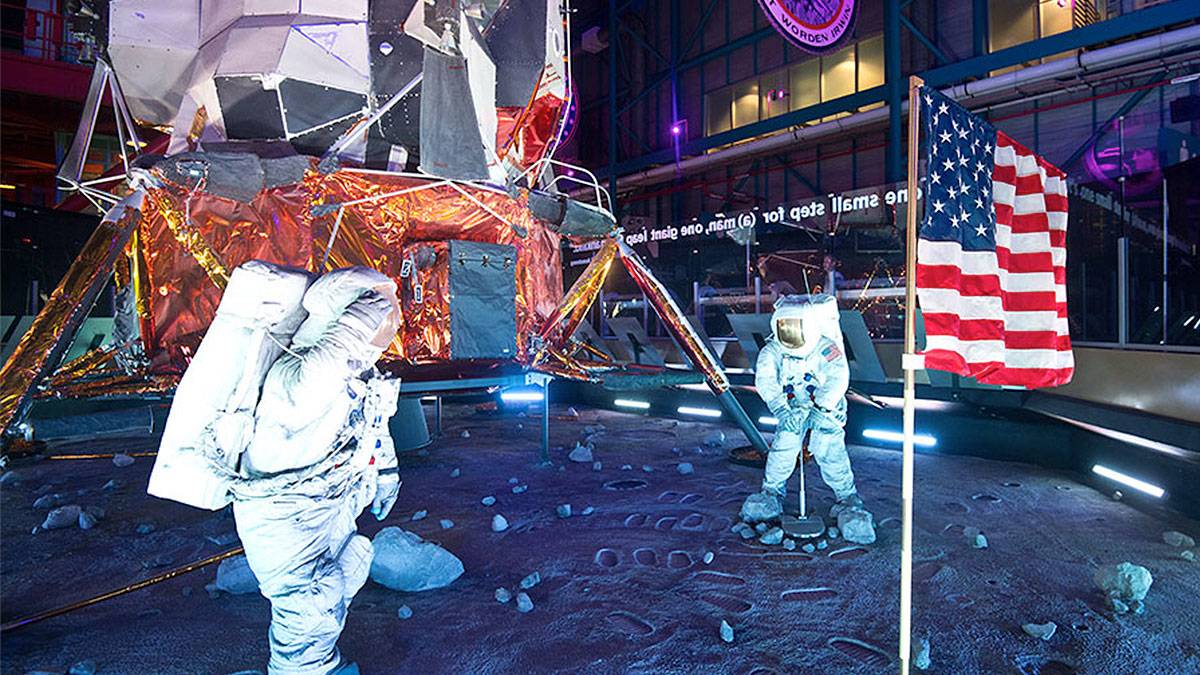 Learn about the fascinating history of the Hubble Telescope and stroll through the Rocket Garden. Then walk underneath the massive rocket that launched humanity to the Moon.

Step into the shoes of a professional astronaut, or feel the raw power of an eight-and-a-half-minute ascent into orbit.

However you choose to launch your thrilling expedition to the Kennedy Space Center, you are in for an unforgettable day of interplanetary adventure.