In this massive metropolis, you will find everything under the sun, from pricey celebrity-packed restaurants to hole-in-the-wall award-winning cafes.

Follow along as we take a bite out of the most famous restaurants in LA!

Whatever cuisine you want to eat or taste you crave, you will find it offered by one or more of the famous Los Angeles restaurants that have stood the test of time.

So if you’re wondering where you should go for your next meal in Los Angeles, here are some of the most famous LA eateries that will not disappoint.

Pink’s Hot Dogs Hollywood is to the West Coast what Nathan’s Hot Dogs is to the East. In other words, it’s one of the most famous eats in Los Angeles. Located in West Hollywood, Pink’s serves a variety of specialty dogs, with toppings ranging from chili to onion rings to coleslaw and pastrami, and all are affordable.

If hot dogs aren’t your thing, don’t worry. Pink’s Hollywood also earned a reputation for being one of the most famous places to eat in L.A. because of its burgers. Note, however, that Pink’s Hollywood frequently has long lines from day to night! 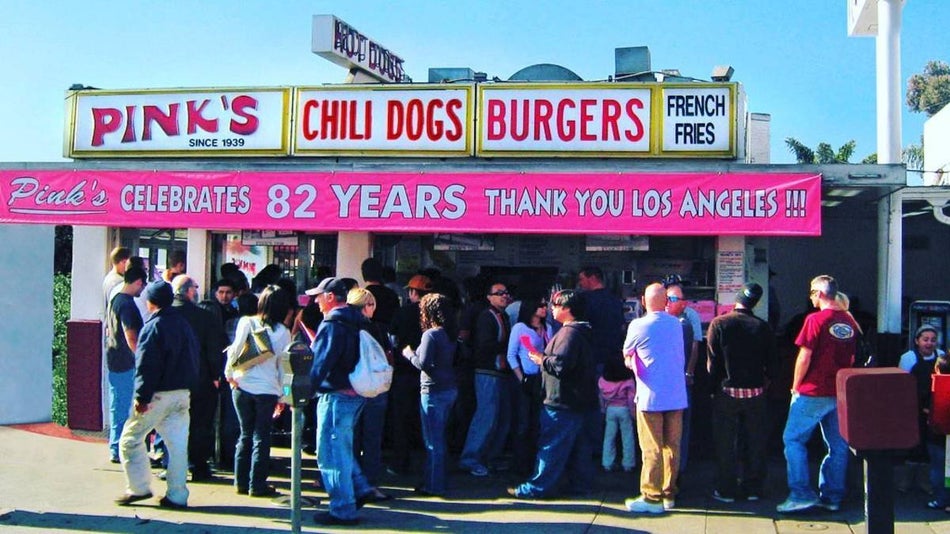 Why is Philippe the original, and why is this small restaurant in Chinatown one of the most famous restaurants in Los Angeles? Reportedly, Philippe invented the “original” French Dip Sandwich, although rivals suggest otherwise.

Either way, the French dip sandwich at Philippe the Original is seriously delicious and the main reason this restaurant has become a hot spot for lunch. They’ve been in business since 1908, and judging by the quality of their food, there is no reason for this famous LA restaurant to close its doors.

In-N-Out is a fast-food chain with praises sung by Hollywood celebrities like Kylie Jenner, Gigi Hadid, and Paris Hilton, to name a few. However, this is not the only reason why In-N-Out is one of the most popular places to eat in LA.

This burger joint is one of the famous eateries in LA because you are unlikely to find the taste of their offerings anywhere else. We're serious; it's just better in LA. Pick any location in LA, and double up animal-style on a fresh-made burger loaded with toppings. It’s the only way to go. Order a side of fries and a strawberry milkshake for the full experience.

A list of the most famous food places in Los Angeles will not be complete without Langer’s. It’s one of the few places in L.A. that serve delicious, heaven-in-your-mouth hot pastrami sandwiches and other traditional comfort food. However, many would agree that Langer’s no. 19 pastrami is more than a sandwich–it’s a meal.

The no. 44, a decadent take on a Reuben sandwich, is also a worthy selection, so much so that people make pilgrimages to this traditional deli counter just for a bite.

Search for “famous food places Los Angeles,” and you will likely see Dan Tana. This classic restaurant has been a staple of West Hollywood for over five decades and is one of the most popular places to eat in Los Angeles, hence the frequent sightings of celebrity clientele dining on red-and-white checkered tables.

Helmed by Wolfgang Puck, this swanky Beverly Hills restaurant draws its fair share of celebrities. For this reason and so much more, Spago Beverly Hills is one of the most famous food places in LA.

While stargazing, enjoy meals structured around seasonal produce and gourmet seafood both in taste and price. Think scallops with ice plants and kombu, as well as chirashi boxes of sashimi with a yuzu-jalapeno gel. Award-winning and uniquely LA, Spago is one of the Los Angeles restaurants where you go to see and be seen. This is a fine dining situation you don’t want to miss.

Canter’s Deli is a family-owned delicatessen that offers an authentic deli experience 24 hours a day. An in-house bakery ensures the freshest bread possible, and meats are cured on location, creating a succulent flavor. The endless menu features everything from Paninis to burgers to Jewish-deli favorites. And the taste remains consistent because the Canter family still owns this historic gem.

Canter’s Deli is an iconic LA foodie because it is a reminder of the city’s deep Jewish heritage. We love the challah-to-go, a comforting bowl of matzo ball soup, and the overall vibe of LA days gone by.

Bestia has been open for nearly a decade now, but reservations are still fully-booked for weeks, hence keeping its reputation as one of the most famous LA food spots located in the heart of the Arts District.

Los Angeles famous food places like Bestia stay alluring because of the chef’s penchant for nailing straightforward but innovative dishes. For instance, we love the spaghetti rustichella under dungeness crab and the currant-and-pistachio–laden dish of Agnolotti alla Vaccinara, filled with rich braised oxtail. For dessert, you must have a forkful of chocolate burdino tart. 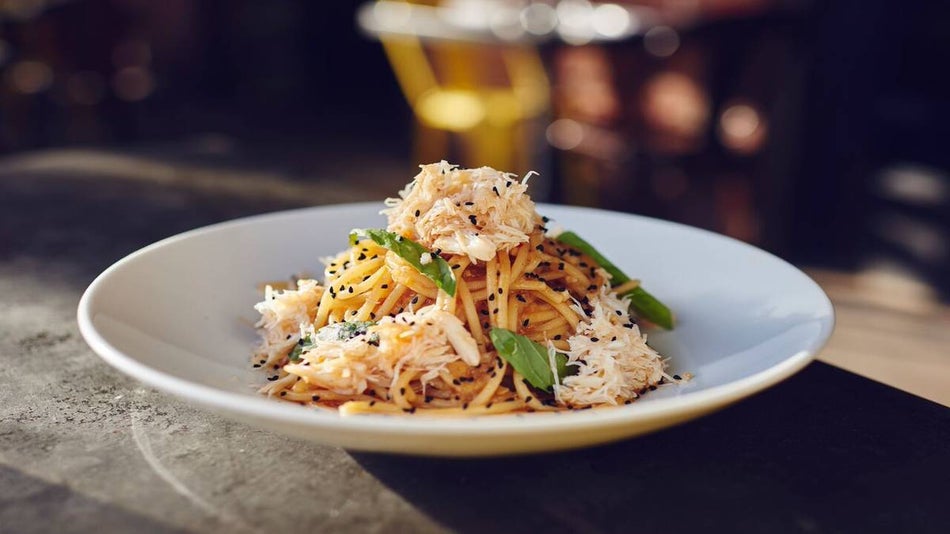 A quick search of “famous restaurants Los Angeles” will lead you to the much-loved Neptune’s Net. This longtime spot where ‘50s bikers still hang is known for its fresh catches, burgers, and ice-cold beer–all of which you can enjoy on picnic tables overlooking Malibu’s ocean.

Although there is frequently a line of motorcycles at Neptune’s Net, this seafood restaurant and biker bar is also frequented by families with children, surfers, and hungry tourists who have read about the famous fancy seafood spot.

Should you visit one of these days, we recommend ordering consistently finger-licking good fry bastes and dishes such as steamed lobster, shrimp tacos, and New England clam chowder. Whether for lunch or dinner, you will enjoy dining here at all hours of the day.

Forget all the Mexican chains you see along Olvera Street and Boyle Heights. Instead, if you’re craving Mexican and you’re in the City of Angels, there is only one place worth visiting–El Coyote.

As one of the most famous places to eat Los Angeles, El Coyote has been wooing old and new clientele since 1931 with hearty Mexican food in an inviting and classic Hollywood atmosphere. The music, think Cielito Lindo, is pure Mexican joy.

On your first visit to El Coyote Mexican Cafe, we recommend trying out ostrich tacos, a meaty favorite, and the Enchilada Howard, topped with juicy chunks of pork. But no matter what you order, expect that the plates are always hefty.

You can’t miss this rooftop restaurant in LA, what with all the celebrity sightings and the paparazzi frequently waiting out front. More than that, Catch LA has become somewhat one of the most iconic places to eat in LA because of its signature open kitchen and breathtaking views of downtown Los Angeles and the Hollywood Hills.

Many come to Catch LA for the romantic scene, but we guarantee you’ll also enjoy the seafood-centric fare and plant-based options if you’re a vegan or vegetarian. For dessert, try out the famous Hit Me chocolate.

Please note, however, that you need to reserve a few weeks ahead of time due to the popularity of Catch LA. 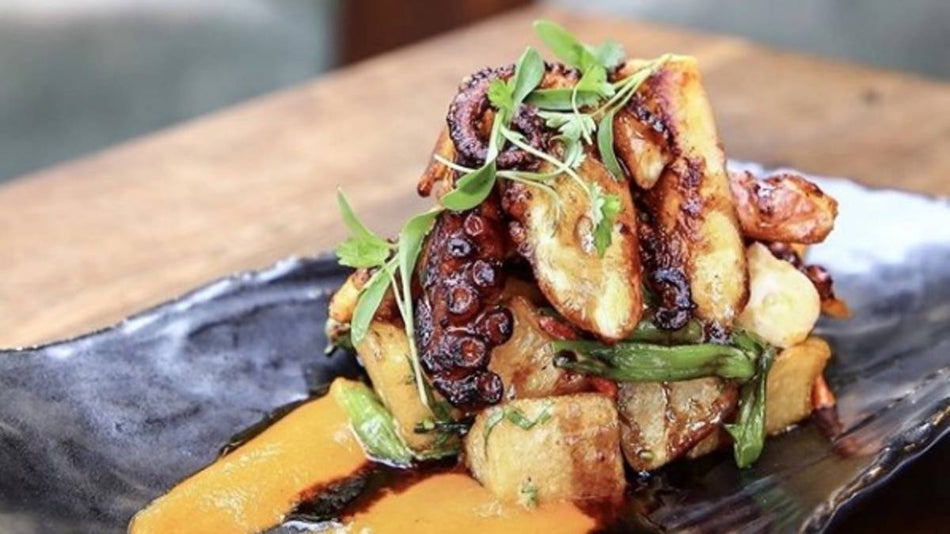 You must have seen one of the Nobu restaurants featured in one of your favorite celebrity’s Instagram stories. Like all Nobu restaurants, Nobu Malibu is much loved by the A-listers, not just because of the modern beachfront space but also because of the drool-worthy creations by the esteemed sushi chef Nobu Matsuhisa.

One of the most famous restaurants in LA offers guests live music, a location so close to the sand you can see the footprints along the shore, and of course, the now-iconic dishes such as the mini tacos and the black cod with miso.

Treat yourself to the most mouthwatering plate of prime rib at Musso Frank, Hollywood’s oldest restaurant and one of the most famous places to eat in Los Angeles California.

The likes of Hollywood legends like Charlie Chaplin and Raymond Chandler used to dine here regularly. They all enjoy the steakhouse classics for dinner, but for breakfast, coffee comes best with an order of crepe-thin flannel cakes. You’ll enjoy all these and more in dining rooms brimming with century-long iconic, timeless ambiance. 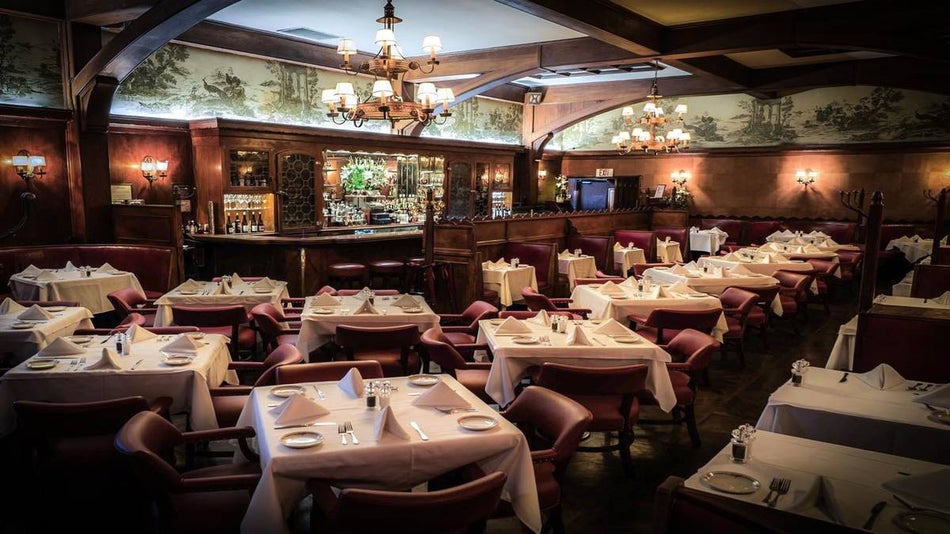 Barbecue meat, hearty burgers, and craft beers on tap. What more can you ask for at Moo’s Craft Barbecue?

This down-to-earth Barbecue restaurant is one of the most popular places to eat Los Angeles. Nowadays, you can find it at its permanent home in Lincoln Heights, often frequented by locals and visiting foodies.

Moo’s Craft is arguably one of the top Texas-style barbecues in the city, so we recommend ordering from its well-executed array of smoked meats. And, of course, don’t forget to choose from the restaurant’s wide list of must-try craft beers!

Delectable selections of fresh pasta dishes that pay respect to various regions of Italy make the trip to Felix Trattoria worth it. Of course, it’s not a full Italian meal if you don’t taste one of the authentic, flavorful pizzas. 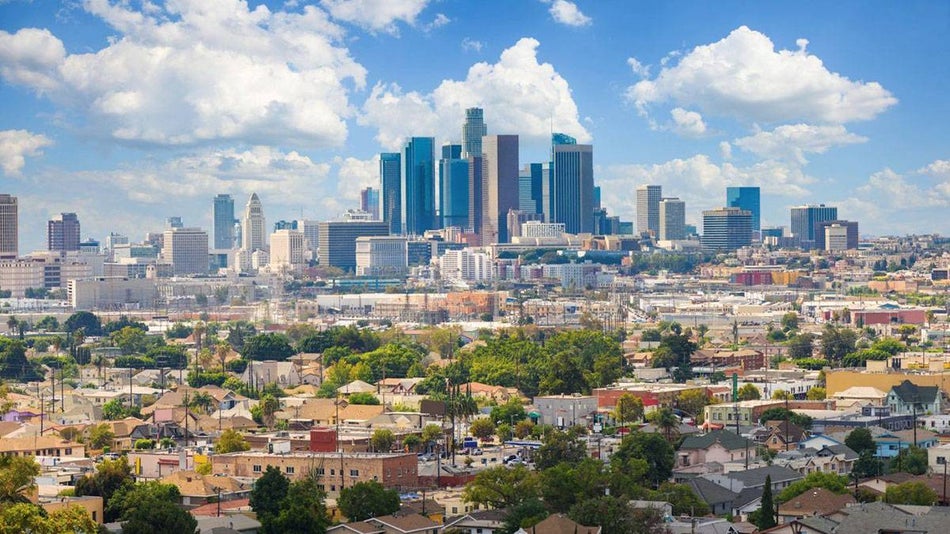 The gastronomical wonders of Los Angeles are truly something worth experiencing. The City of Angels offers everything from sugar to spice, and all of these delicacies and cuisines are blended together by a melting pot of cultures that continue to thrive.

And if you want to taste the best of what LA has to offer, we highly recommend starting (or ending!) your foodie experience with a private foodie tour of Downtown LA. As they say, you never fully immerse yourself in a place’s culture until you partake of its bread and drink its wine.

Where is Your Favorite Famous Restaurant in LA?