Things to Do in Cades Cove Tennessee: The Essential Guide

Scenery, history, and lasting memories. There is much that Cades Cove can give you!

The Great Smoky Mountains National Park is home to the incomparable Cades Cove. It is the most popular destination in the national park because of its historical attractions, an abundance of wildlife, and tons of things to do for nature lovers and outdoor enthusiasts!

Before heading to Cades Cove, read our Cades Cove guide to learn more about the sights you will see, the activities you can do, and the nearby hotels you can book for a well-planned trip!

What to See at Cades Cove, Smoky Mountains

Fighting Billy eventually convinced friends and family to move into Cades Cove Gatlinburg. Tipton Place became the home of the Tipton family for decades. Memories were created, and other buildings were constructed, including a bee apiary, a blacksmith shop, a corn crib, and a smokehouse.

These days, Tipton Place is surrounded by blooming cardinal flowers and unending views of nature. 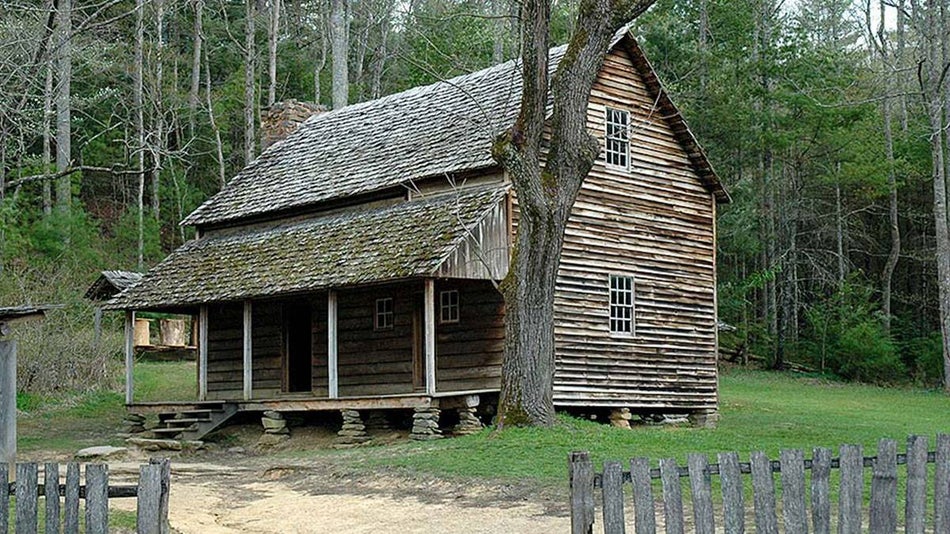 During a Cades Cove tour, you will see multiple cabins in Cades Cove, TN. The John Oliver Cabin is notably one of the oldest historic buildings in the park.

Related Post: 10 of the Best Things to Do in Gatlinburg

John and Lucretia Oliver, the original owners of the cabin, were the first permanent white settlers in Cades Cove. Its fascinating architecture makes the couple's lovely home a popular destination amongst the visitors of Cades Cove. The cabin is said to be held together by gravity and notched corners – it does not need pegs or nails to keep it together.

The cabin remained in the Oliver family for over 100 years. At this rate, it will likely stand for a hundred more!

The Cable Mill, also known as the grist mill, was once owned by John Cable. Cable built the mill to provide homesteads with a place to turn corn or wheat into flour for making bread.

In addition, Cable also used the mill to process lumber. This meant that the grist mill was an essential part of life for the 700 people living in the cove during that time. In fact, the farmhouse, a brief walk away, was made out of lumber cut on this very mill!

Fun Fact: The Cable Mill is the only working grist mill on the Tennessee side of the Smokies!

What's a community without its own church? The Primitive Baptist Church is one of 3 historic churches that you will see at Cades Cove in Gatlinburg.

Aside from its conflicted history and torn members, this Cades Cove church is a sight to behold! When you visit and look closely enough, you will see the handprints in sap on the wood-planked ceiling where the carpenter set the boards by hand. 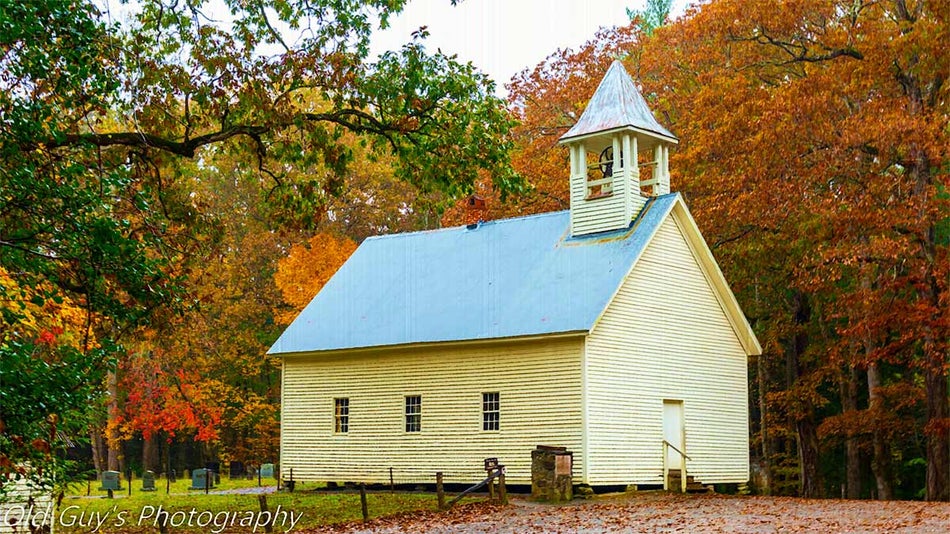 What to Do in Cades Cove, Smoky Mountains

The unspoiled areas of land and rich, dense forests make it a perfect habitat for all kinds of animals. White-tailed deer, black bears, coyotes, turkeys, and other wildlife are frequently spotted in the open valley of Cades Cove.

Many animals are most active at night, so the best time to see bears and other wildlife in Cades Cove is during the morning and evening. Note, however, that Cades Cove hours are only from 9 AM to 7 PM. Don't forget your binoculars!

Before you go, take note of the 4 things not to do:

Preserving historical artifacts is one of the most important jobs given to man. It holds the truth of the past for generations to come, just like the Museum.

When you visit the Cades Cove Museum, you will see priceless artifacts and an archive of photographs and documents that tell the stories of the families who lived in the Cove before the creation of the Great Smoky Mountains National Park.

Like all perfectly curated historical museums, exploring this Museum allows you to travel back in time, if only for a day.

One of the best ways to do a Caves Cove historical tour is through a leisurely drive. Enjoy 11 miles round trip on this one-way rich mountain loop road that circles the cove, allowing motorists to sightsee at a leisurely pace. Cades Cove TN address is Cades Cove Loop Road Townsend, TN 3788.

Related Post: 7 Spectacular Things to Do in Gatlinburg at Night

The loop itself is open year-round from sunrise to sunset. So if you're trying to decide which time of day to drive the Loop, you may want to go early in the morning or late in the evening if you want to maximize the opportunity to catch a glimpse of wildlife.

If you wish to drive with fewer crowds, lunchtime and late in the afternoon are the least popular times of the day.

Pro Tip: Are you a Jeep enthusiast? Drop by the Cades Cove Jeep Outpost for hard-to-find Jeep accessories and souvenirs! The shop is located on the Little River in Townsend, Tennessee.

The hiking trails at Cades Cove, Smoky Mountains, give numerous opportunities to soak in the serenity of the landscape's mountains and take pictures.

Although challenging due to several ridges that are ascended and descended, the Abrams Falls Trail continues to be one of the most popular hiking trails at Cades Cove. Your moderate in difficulty hike to the waterfall that is Abrams Falls will reward you with astounding views of the impressive Cades Cove waterfall.

Biking is also a popular sport at Cades Cove Pigeon Forge. In fact, the 11-mile one-way loop road is a popular bicycling area. There are scheduled times just for Cades Cove biking, usually every Wednesday, so bicyclists and pedestrians can enjoy the roads of Cades Cove scenic loop without worrying about the vehicle traffic.

If you didn't bring a bike, don't worry! You can get a bike rental at Smoky Mountain Cades Cove. Cades Cove Trading Company has a wide selection of Fuji cruiser bikes for adults and children.

Fancy a trail ride? The open fields are a tempting invitation to run with the wind! Whether you're an expert rider or a first-timer, horseback rides in the Cove are incredible.

Fancy a weekend Cades Cove camping with friends or family? Cades Cove campground is open year-round! The campground is perched on the edge of one of the most scenic parts of the Great Smoky Mountains National Park, which makes it a top campsite in this part of Tennessee. There are 159 camping sites to choose from, whether you decide to camp in tents or an RV.

Don't forget to pack your picnic essentials too! Bring hamburgers and hot dogs to cook on the charcoal grills at the Cades Cove picnic areas. However, if you do forget any necessary items, swing by the nearby camp store! We also recommend visiting the Cades Cove Visitor Center! The visitors center has loads of camping tips, directions to the campground, and other useful information. 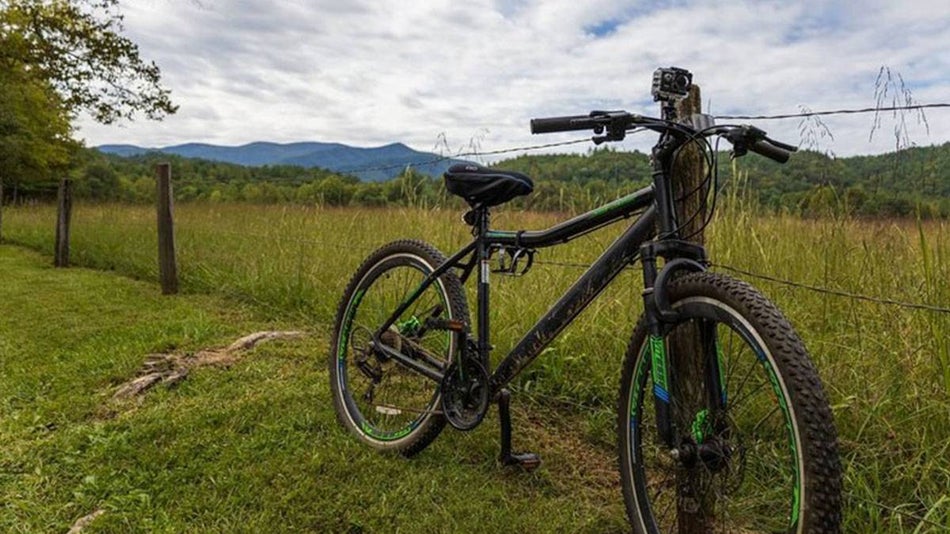 With so much to see and do at Cades Cove loop road and the surrounding area, we know you'll want to be close so you can keep coming back during your vacation.

The best hotels are in Gatlinburg or Pigeon Forge. If you're wondering how far to Cades Cove from Gatlinburg, it's approximately 33 miles or an hour-and-a-half drive.

Below are our top Gatlinburg and Pigeon Forge hotels:

The Park Vista - a DoubleTree by Hilton Gatlinburg

A Scenic Mountain Valley Adventure You Will Never Forget

Since you're now an expert on what you can see and do at the Cove, you're ready to pack and go! Plan your trip, book Gatlinburg, Pigeon Forge, and Smoky Mountains tickets and hotels, and embark on an unforgettable journey to the great outdoors.

Have You Been to The Cove?

What did we miss on our guide?