A theme park full of the fastest, steepest coasters and thrill rides is every daredevil’s dream. Need help narrowing down which ones to prioritize? Our guide has the lowdown on the best rides at Six Flags Magic Mountain!

The theme park and water park lay claim to more than 50 rides, so it’s difficult to decide the top 10 rides at Six Flags Magic Mountain. The list of the best Magic Mountain rides is a lengthy one! 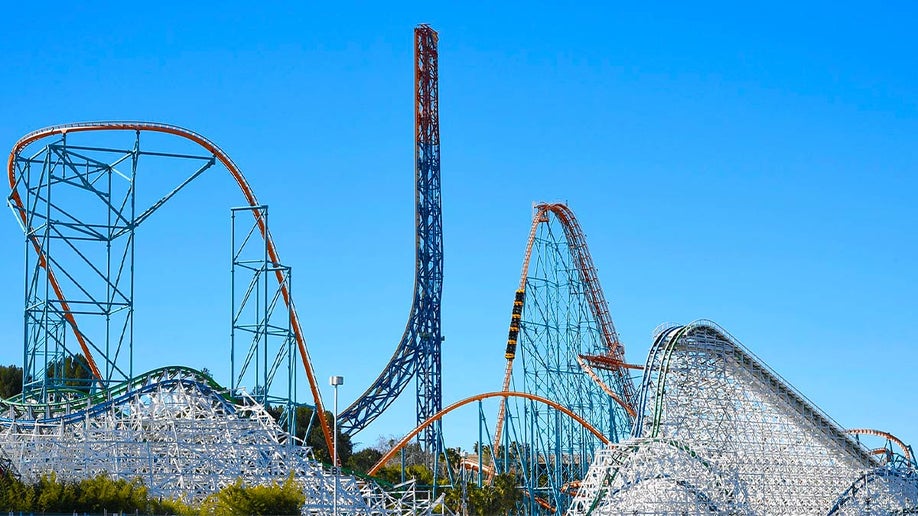 Pro Tip: Visiting in September or October? The scariest rides at Six Flags Magic Mountain are even scarier during Fright Fest! This Halloween spectacular comes around once a year.

If you’re looking for the latest and greatest, Six Flags Magic Mountain’s new ride, WONDER WOMAN Flight of Courage, just opened in 2022! It proudly takes the title of the world's longest and tallest single-rail roller coaster. Both DC Comics fans and extreme roller coaster fans won’t be able to resist adding this to the top of their list! 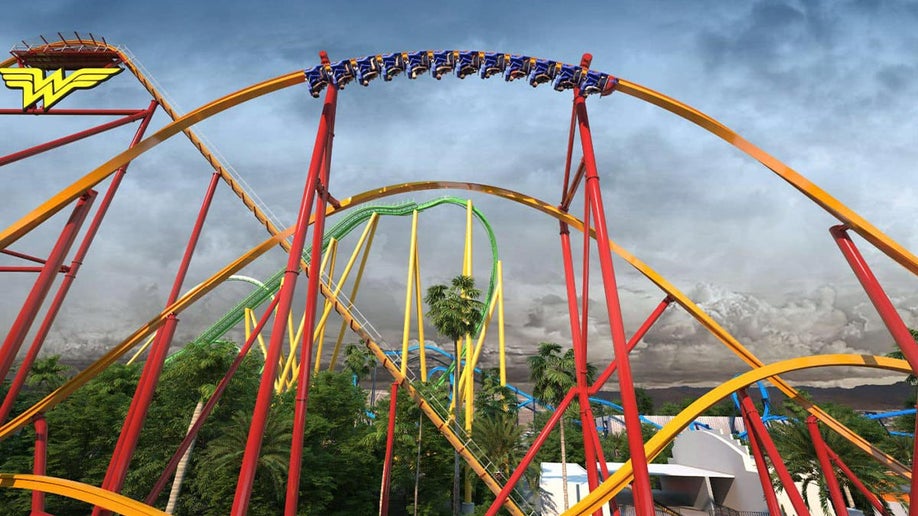 Superhero fans also won’t want to miss BATMAN The Ride! This inverted coaster is a heart-racing, topsy-turvy experience. A 360-degree loop kicks off the fun!

THE RIDDLER’S Revenge is a stand-up coaster. That’s right -- rather than sitting down, you’ll be standing up the whole time! It’s like nothing you’ve ever ridden before.

Afterward, take a spin on the wooden coaster Apocalypse at Six Flags Magic Mountain. It’s the perfect chance to scream like it’s the end of the world! A moderate thrill level means it’ll be an excellent way to transition back to reality after riding the head-spinning coasters with a maximum thrill level that we mentioned before!

Some of the other best roller coasters at Magic Mountain include these recommendations:

Pro Tip: If you were hoping to hop in line for the Mountain Express roller coaster, unfortunately, it closed down. Even though it’s no longer a part of the Six Flags Magic Mountain roller coaster portfolio, you can still get an adrenaline rush on other coaster favorites like Goliath and Scream!

For example, you must get in line for the Justice League ride at Six Flags Magic Mountain. It’s a multi-sensory experience that will make you feel like you’re really there, fighting it out with your favorite superheroes! Fully immerse yourself in what feels like a movie scene.

Moreover, Buccaneer is a pirate-themed ride as smooth as the open sea! Additionally, the nearby Swashbuckler ride is the ultimate high-flying adrenaline rush. It’s like the captivating lull of swinging in the park -- only way better. It’s a pirate’s life for you!

The Scrambler ride is another amusement park classic. It’ll put you in a spin, but in the best way! CraZanity clocks in as the tallest pendulum-style ride on the entire West Coast. Don’t look down unless you’re feeling brave! Of course, Lex Luthor: Drop of Doom is the best way to experience free falling without actually falling. This one’s for you, adrenaline junkies!

Pro Tip: By now, you’re getting an idea of the different rides at Six Flags Magic Mountain. However, in what order should you ride them? We recommend looking at the park map and starting at the back of the park! These rides will be less crowded at the start of the day and gradually get more crowded as the day continues. Shorter lines equal more fun!

A few of the other best rides at Magic Mountain (besides roller coasters) include:

These rides are perfect for the whole family, including those who are coaster-averse! However, some are less tame than others and may be too much for the kiddos. If you have the little ones with you, read on to learn about rides tailored just to them.

Fun Fact: Ever wonder who makes the rides found in amusement parks? Arrow Dynamics is one of the manufacturers. This company also designed rides for other parks such as Disneyland and Knott’s Berry Farm! 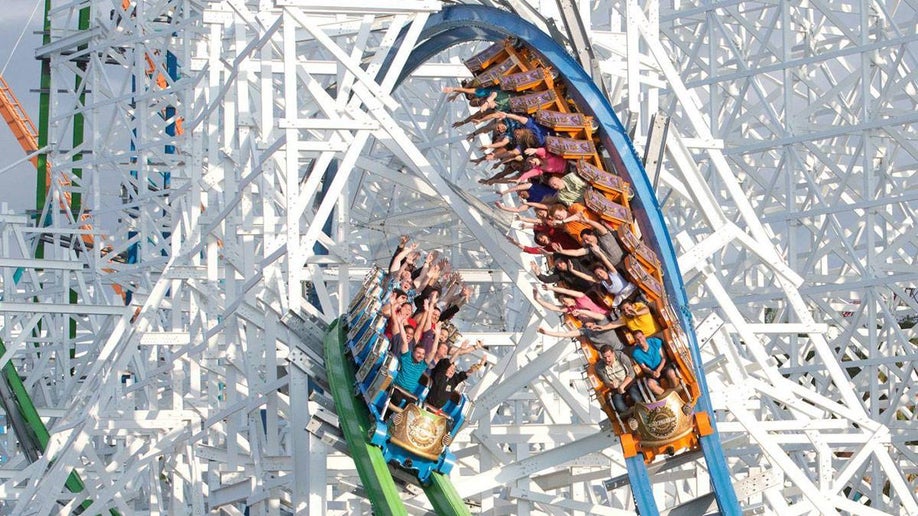 Now, it’s the kiddos’ time to shine! The kid rides at Six Flags Magic Mountain may be better suited to the younger crowd, but that doesn’t mean they’re any less exciting.

For instance, Speedy Gonzales Hot Rod Racers is the perfect prep for the big leagues! Moderate thrills on this mini coaster will prepare the little ones for more daring future rides. Of course, parents get to ride, too! Canyon Blaster is another roller coaster great for kids.

It’s not all canyons and coasters, though! Tweety’s Escape, Daffy’s Adventure Tours, and Pepe Le Pew’s Tea Party are classic amusement park rides that children will be begging to ride again and again.

Here are a few other kids’ rides to add to your list: 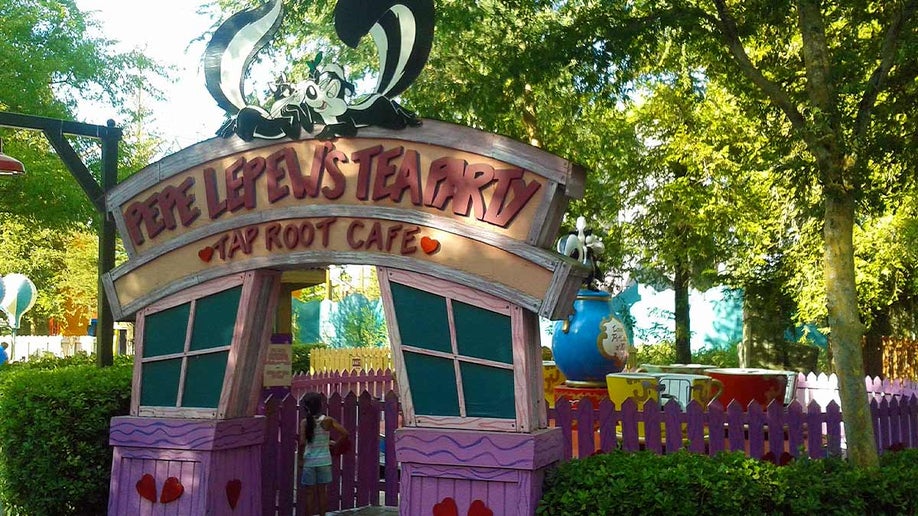 Photo Alert: Hoping to get a group photo to remember your trip forever? Make sure you do so before you hit the water rides! Once the moment is captured forever, everyone can dive in without caring for messy hair.

Six Flags Magic Mountain water rides are located in the water park, Hurricane Harbor. Slip ‘n’ slide down classic water slides like Black Snake Summit, Taboo Tower, and Lighting Falls. If you’re coming with a group, teamwork makes the dream work on slides Tornado and Lost Temple Rapids. The tubes for these rides were made for multiple people! 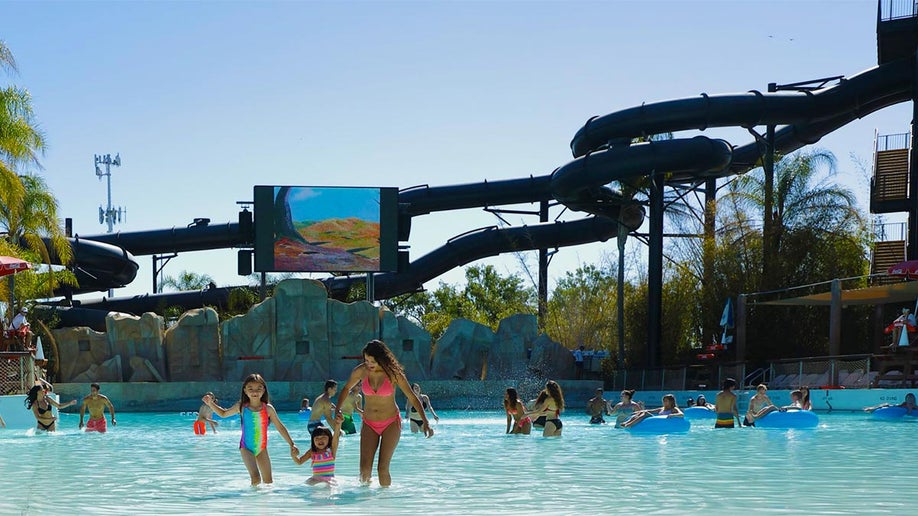 Pro Tip: Once you’ve had your fill of sliding, it’s time to do some relaxing! Chill out on the River Cruise lazy river. Kick back and let the water do the work!

These are the best slides and park areas for the kiddos to hang out in Hurricane Harbor:

So, now that you’re an expert on the rides at Six Flags Magic Mountain, it’s up to you to ride as many as you can and award the title of the best ride at Magic Mountain to your favorite one! Will it be one of the super swift coasters? Perhaps one of the other tantalizing thrill rides? Or, maybe you prefer your adrenaline rushes accompanied by refreshing splashes on the water slides.

No matter which ride earns the title in your book, one thing is for sure: you’re going to have a blast on the best rides at Six Flags in California! Once you get your hands on your Magic Mountain tickets, Tripster is here to help you plan the rest of your Los Angeles trip, too. Save big on hotels and other attraction tickets!

Which Ride is Your Favorite at Six Flags Magic Mountain?