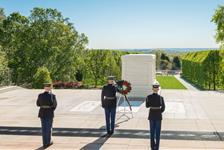 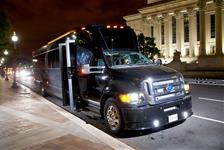 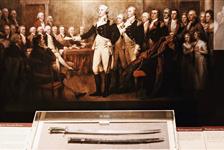 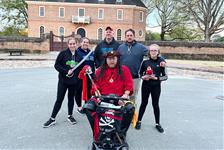 Private Tour of Political Scandals & Secrets in Washington is not currently available.

Check out our other great Washington D.C. Things to Do.
View All Things to Do
Need Help? Contact Us!

Discover the dark secrets of Washington, DC, through this private and guided walking tour by Travel Curious! Lies and gossip have always shrouded the country’s capital city, but what really is the truth about the happenings around the assassinations, wild parties, and general debauchery? Find out in this Political Scandals & Secrets in Washington tour!

from Ashley, one of our Washington DC Travel Experts
Read More

from Private Tour of Political Scandals & Secrets in Washington
Explore the political heart of Washington D.C with an expert private guide to regale you with the stories of corruption and scandal at the very heart of political power in the USA. From stories of presidential scandals to the Secret Service, your experienced guide will weave together intrigue, conspiracy theories, and everything you never knew about how decisions are made in America.

On your private tour, you will:

-See the famous buildings synonymous with American power and democracy the world over;
-Learn about the 4 presidential assassinations from Abe Lincoln to JFK, and the many attempted assassinations – and how they were thwarted;
-Enjoy stories of how during the Prohibition era, DC was likely, and hypocritically, the least dry place in the United States;
-Get to know the main sites around the White House neighborhood, where so many national & international scandals have started or taken place, including Old Ebbitt Grill and the Willard;
-Hear tales of corruption, secrets, and lies at the heart of political power in Lafayette Square, including of Kennedy's affair with suspected East German spy Inga Arvad and how his father involved the notorious FBI director, J Edgar Hoover, in ending the tryst;
-Hear all the historic and very latest gossip about what really goes on behind those secure, closed doors protecting those in power, and the various drinking holes that litter the city;
-Your tour ends at the White House, where you'll hear about the wild parties thrown, including Andrew Jackson's inauguration party in which he slipped out of the house through a back window to escape the rabble.

Washington DC has a reputation as a wheeler-dealer city where billion-dollar contracts, cozy media deals, and political alliances are sealed in smokey bars, boardrooms, and dinners hosted by power brokers in swanky Georgetown townhouses.

On your tour down memory lane of scandals past, discover the secrets, lies, and backstories behind DC’s congressmen, journalists, military men, and politicos throughout history.

On this tour, your guide will spill all the details of the stories of the occupants of the White House - both those from the recent past, including Nixon, Kennedy, Reagan, Bush, Clinton, Obama, and Trump - and its nineteenth-century occupants.

Inclusions:
- A friendly, professional English-speaking tour guide for your own private group.
- Plenty of time to take photos of your favorite places. 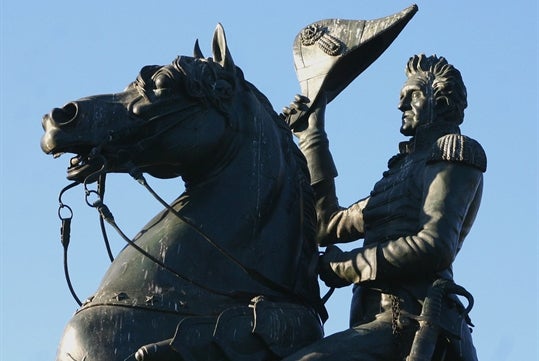 Have you been to Private Tour of Political Scandals & Secrets in Washington? Share your knowledge and be the first to review this.
Write a Review
Back to Top

Where is the meeting point for this Travel Curious tour?

You will be meeting your guide for the Scandals and Secrets tour at General Tadeusz Kościuszko Statue H Street Northwest, Madison Pl NW, Washington, DC 20006, or as advised on your e-ticket. Please be at the location 10-15 minutes prior to your tour.

How long is this Travel Curious tour?

What is included in the tour package?

The tour includes a local English-speaking guide, and an expertly guided walking tour. This tour is suitable for intellectuals and history buffs of all ages. Their tours are all given in English, but numerous guides may speak other languages. Please contact the number provided on the e-ticket to see if they can accommodate any special requests.

Transportation is not included in the Scandals and Secrets walking tour.

No, but there are multiple parking garages and street parking available near departure point. One of which is the 1250 H St NW Garage which charges according to length of stay, time of the day, and day of the week. You can also contact the phone number on your e-ticket to ask for advise on how to get to the departure point via car or public transport.

Are there any age/physical/health/etc. restrictions for this tour?

This tour is suitable for all ages. All guests must be at moderate physical fitness as the majority of the Scandals and Secrets tour will be spent walking.

Bring your camera and cash on hand for any other purchases or gratuities (optional).

How many people are on a tour?

This is a private walking tour for you and your group! All of their private tours are 100% exclusive, which means that it will just be you, your group and your guide on the tour.

How does Travel Curious ensure the quality of their guides?

All tour guides currently active go through a vetting process in which they carry out interviews, check previous reviews and employers references if applicable. More importantly, they make sure that these guides provide an excellent experience for the guests.