Enjoy a fully-guided, half-day tour of Washington DC aboard a climate-controlled luxury tour bus. Along the way, you’ll see sights such as the Lincoln Memorial and the White House as your tour guide tells stories of Washington DC’s past, notable presidents and individuals, and more. Your tour experience also includes complimentary refreshments, a small tour size, and a knowledgeable tour guide.

from DC Highlights Tour
This four-hour USA Guided Tour is a journey through historic Washington, DC, and nearby Northern Virginia.

This sightseeing tour begins at the U.S. Navy Memorial at 701 Pennsylvania Ave. NW, halfway between the White House and the U.S. Capitol.

On your way to the U.S. Capitol Building (the first stop) you pass the National Archives, which houses historic U.S. documents like the “Three Charters of Freedom” -- the original Declaration of Independence, The Constitution, and the Bill of Rights. Next in view are the Newseum, the Canadian Embassy, and the National Gallery of Art.

Emerging in sight is the U.S. Capitol, where you take in a view of the two-mile long, panoramic view of the Smithsonian Museums (the largest museum complex in the world), and the Washington Monument (the tallest, freestanding stone structure in the world).

On your way to the White House, you pass the U.S. Botanic Garden, Grant’s Memorial, The U.S. Navy Memorial, the Robert F. Kennedy Department of Justice, and the J. Edgar Hoover Federal Bureau of Investigation.

When arriving at the White House, you’ll not only see the Executive Residence of the President and his family, you will also see the Eisenhower Executive Office Building. This stop also includes a walk past Lafayette Park, honoring the Marquis de Lafayette, leader of French forces.

Once you have marveled at the Jefferson Memorial and have taken lots of photos, we will visit the Reverend Dr. Martin Luther King, Jr., Memorial – dedicated in 2011 – just across the Tidal Basin.

Then we re-board the bus to visit nearby Northern Virginia – with a photo stop at the Iwo Jima Memorial,

We end the tour back at the U.S. Navy Memorial.
Read More 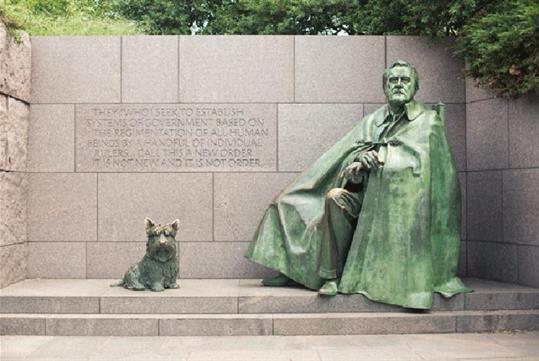 Helle Joergensen
DK
1 Review
Verified Traveler
"Great trip"
October 2018
We really enjoyed the trip to the Washington monuments and sights. Our guide was very good and knowledgeable and made our trip a very good and interesting experience.
Read More
Back to Top