31 Walt Disney World Facts That Will Blow Your Mind

Ready to go behind-the-scenes of America’s favorite amusement park? Whether you’re a Disney novice or a total Disneyphile, there’s no doubt about it—this park is fascinating.

Sure, you may already know Disney World is the most magical place—ever. But there’s so much about the park I’m sure you don’t know. From little-known facts to full blown secrets, we’ve uncovered over 30 Walt Disney World facts that are sure to surprise.

1) It’s Not a Small World After All

At a sprawling 50 square miles, Disney World is not small. Not even close. In fact, it rivals the size of San Francisco!

2) Liberty Square Doesn’t’ Have Any Bathrooms

In keeping with the historical accuracy of the colonial time period, there are no bathrooms at Liberty Square. However, restaurants such as Liberty Tree Tavern and Columbia Harbor House do indeed have bathrooms. How do they get away with it? Technically their bathrooms are in other lands.

We’ve all heard there is a secret network of tunnels throughout Disney World. What you may not know, though, is that in order for those tunnels to exist the Magic Kingdom is actually built above ground level. Florida is at sea level, which means you can’t dig down; the only way to go is up!

4) Plan on Staying a While

There are almost 30,000 Disney World hotel rooms throughout Disney Resorts. As a result, it would take nearly a lifetime to spend the night in every room. 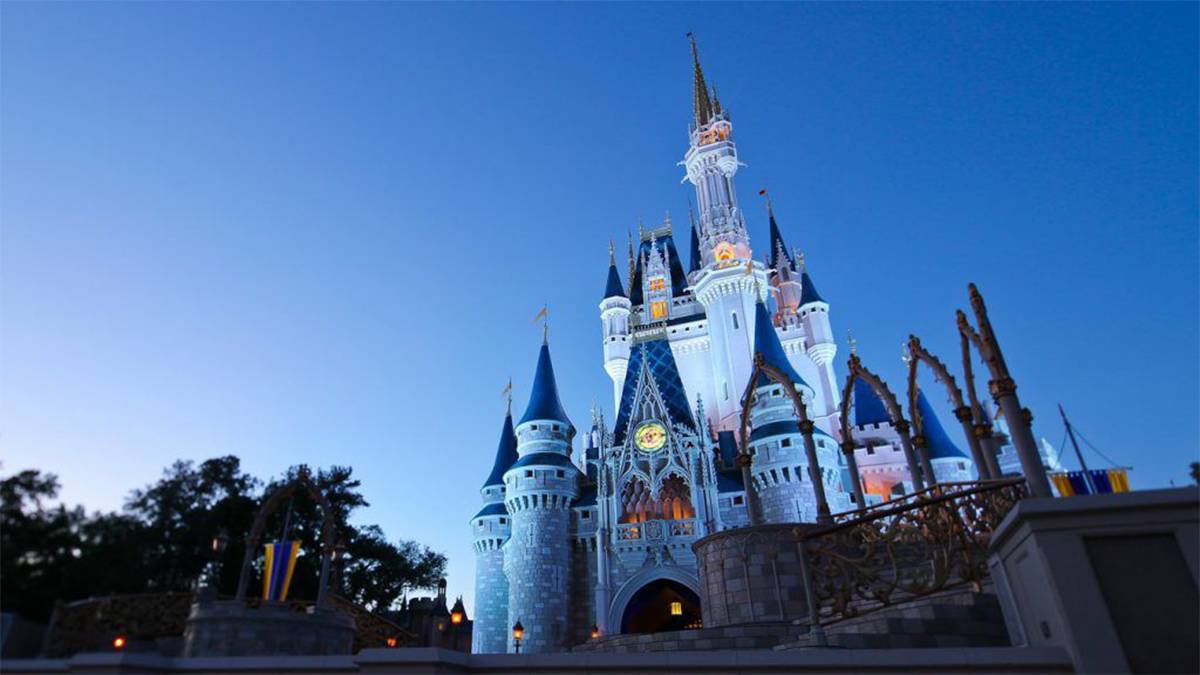 Even though it’s made of fiberglass, this castle is still fit for a queen (or a princess)!

5) The Castle Isn’t as Grand as You Think

One of the most disappointing Walt Disney World facts is how little there really is to Cinderella’s Castle.  From the outside, its opulence is without question. On the inside, though, it merely features a restaurant, Cinderella’s Table, and the Bibbidi Bobbiddi Boutique, as well as highly coveted hotel room that's nearly impossible to reserve. (The hotel room was originally designed to be Walt Disney's apartment.)

At the Animal Kingdom, you’ll have to suck down that Coke without a straw. And be careful not to spill your beverage because you’re not getting a lid either. Disney World doesn’t offer either at this park as a precaution to the animals.

This is a perfect example of the hidden mickey’s located throughout the parks.

7) So Fresh and So Clean

At Disney World, you’re never more than 30 steps away from a trash can. As a result, it’s one of the cleanest theme parks in America.

8) Up for a Scavenger Hunt?

Hidden Mickey’s are everywhere! The Mickey silhouette can be found in décor, table settings, buildings and numerous other places. Keep your eyes open and make a game of it.

9) Bring Your Own Gum

If you’re a gum chewer, you better bring your own stash. In an effort to keep the parks clean, none is sold on-site.

10) Admission for the Price of Water

As far as Walt Disney World facts go, this one is a steal of a deal. Did you know when the park opened adult admission was only $3.50?

11) The Bermuda Triangle of Sunglasses

Have you ever lost a pair of sunglasses at Disney World? You’re not alone. An average of 200 pairs of sunglasses turn up at the lost and found daily.

Sure, a lot of sunglasses get lost at Disney World but what are the oddest items to get misplaces? Try a glass eye, prosthetic leg and potty trainer. Believe it or not, all were claimed!

The novel, caveman-size turkey legs you see people noshing on at the American Adventure Pavilion at Epcot? Almost 2 million pounds of those are eaten each year. Apparently, Turkey Day isn’t just celebrated on Thanksgiving at Disney World.

Watching Tink fly around Cinderella’s Castle is an iconic part of any Disney World experience. However, it’s much more technical than you may realize. For starters, Tink needs a lot of momentum to make that flight. If not, she has to pull herself, hand-over-hand, to reach her final destination. Plus, she has to be Tinkerbell-tiny (no more than 95-pounds) as her costume and battery pack weighs upwards of 35-pounds.

At 5.7 million gallons, Epcot’s Aquarium of the Seas is second only to the Georgia Aquarium in terms of sheer size.

The Kilimanjaro Safari is a highlight of any Animal Kingdom experience.

16) Safari Tricks of the Animal Kingdom

If you’ve ever ridden the exceptional Kilimanjaro Safari, you’ll no doubt have seen exotic species like on the move and in easy-to-view places. How do they always cooperate with guests so easily? The naturalists on staff use a few tricks, such as shooting raisins towards the gorillas and putting honey on the top of safari vehicles for elephants. And that rock the lion is leisurely enjoying? It’s air-conditioned. The zebras and giraffes, however, are free roaming and even cause road blocks at times!

In my opinion, The Tower of Terror is the most thrilling ride at Disney World. Those sudden free falls make me scream every single time. One of the little-known Walt Disney World facts, though, is the screams you’re hearing on the ground and around the park aren’t real. Sure, some of them are but to induce an even more terror-filled allure the majority of what you hear has been pre-recorded.

American flags are required to be raised, lowered and flown at half-mast due to regulations. As a result, each flag on Main Street U.S.A. is missing a star and a stripe so they can be flown permanently. 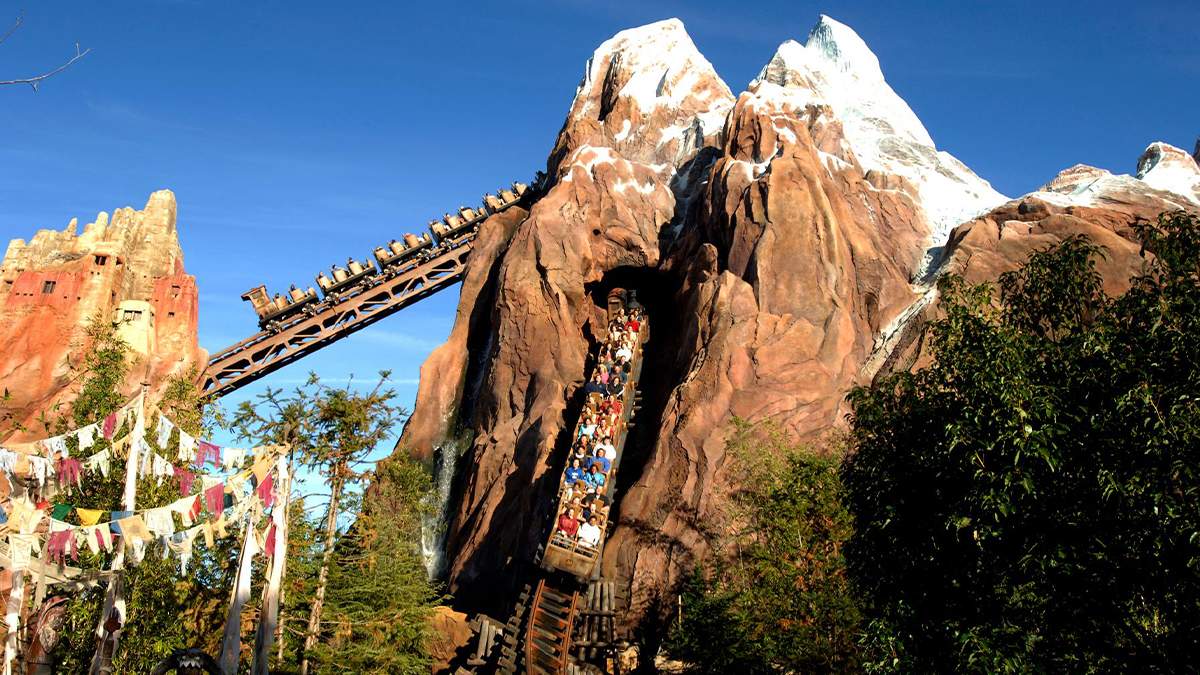 The hydraulic thruster and cylinder used to propel the Yeti on Expedition Everest uses more power than a 747 jet engine.

Both Animal Kingdom’s Expedition Everest and Disney’s Hollywood Tower of Terror are built just shy of 200-feet (199-feet to be exact). This is due to the fact that any building over 200-feet would require red flashing aviation lights.

A lot of Walt Disney World facts are impressive. However, this one might take the cake! Did you know when the park opened it welcomed an average of 10,000 visitors a day? These days, the park sees upwards of 50,000 a day.

Sadly, when the Pirates of the Caribbean was being built, an Imagineer named George was killed. Legend has it his ghost haunts the ride to this day. Cast members say “Goodnight, George” at the closing of each night as a superstition to prevent ride closures the next day.

One of the odder Walt Disney World facts is how many people wish to have their ashes spread at the park. It’s such a common phenomenon Disney World has cleaning protocols in place for this exact occurrence.

In its original form, Disney’s Hollywood Studios was a real studio, not a theme park. Show like “The Mickey Mouse Club” were filmed there before it was transformed into its current iteration.

Over 150 trailers are needed to haul all of the decor Disney World uses during the holiday season. Image via H. Michael Miley, flickr

During the holiday season, more than 1,500 Christmas trees are on display throughout Disney World Theme Parks. In addition, there's miles and miles of garland used to turn this park into a winter wonderland.

Over 500 trees around Disney World Theme Parks started as acorns from the “Liberty Oak,” the featured centerpiece of the Magic Kingdom’s Liberty Square

Epcot is more than just a theme. In fact, it’s a real working garden producing over 30 tons of fruits and vegetables each year for park visitors.

27) This Park is Always Open

Disney World has only closed four times since opening in 1971. The first was for Hurricane Floyd in 1999. The second was for the terror attacks on 9/11. And the third was a power failure in 2002. The fourth was for Hurricane Matthew in 2006. Interestingly enough, it took less than 30 minutes to evacuate thousands of guests on 9/11.

28) A Flag of Remembrance

Another of the Walt Disney World facts related to 9/11 involves Epcot. It’s American Adventure Pavilion is home to an American flag taken from the rubble of the Twin Towers from the 9/11 attack. 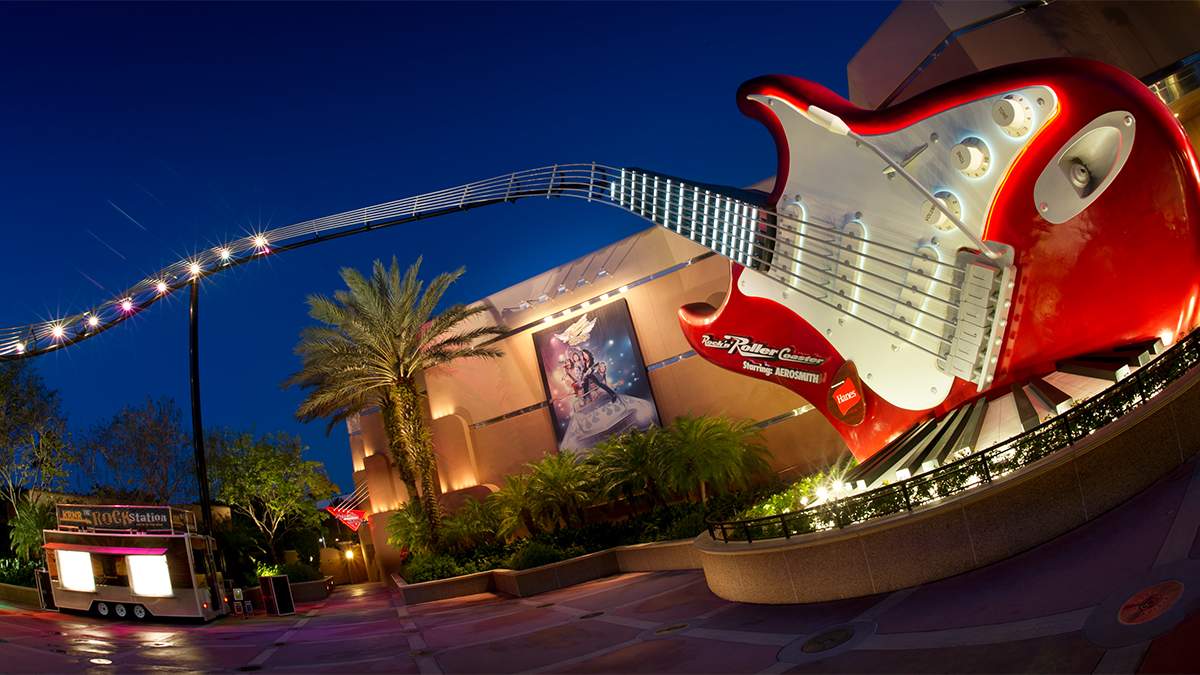 The Rock ‘n’ Roller Coaster would’ve been an entirely different experience without Aerosmith as the featured artist.

Did you know U2 was the original choice for Hollywood Studios’ Rock 'n' Roller Coaster? They declined the offer and the rest is history…err…Aerosmith.

30) Miles and Miles of Mickey Ears

If connected end to end, Mickey Mouse ear hats would span over 175 miles. That’s a lot of mouse ears!

Mickey Mouse has quite the fashionable wardrobe—almost 300 pieces fill his closet. Minnie’s with around 200 pieces, is tame in comparison.

Did You Know these Walt Disney World Facts?

I told you a few of the facts about Walt Disney World were surprising. Of course, there is always more to learn about Disney World Theme Parks. And the best way to do so is by experiencing it firsthand. Purchase your Disney World tickets from Tripster and start planning your vacation today.