12 of the Best Things to Do in Orlando with Teenagers

To ensure your family stays entertained, check out the 13 best things to do in Orlando with teenagers.

While Orlando is known as a kid's paradise, the city also provides plenty of activities for teenagers are fun, memorable, and even educational. There are so many attractions in Orlando, it's not hard to find something teens can get excited about.

Teens can get up close to fascinating sea life at SeaWorld. On top of the abundance of wildlife exhibits, teens love the thrill of SeaWorld's epic rollercoasters and rides. Mako, Manta, Kraken Unleashed, and the all-new Infinity Falls lead the list of thrill rides for teens at SeaWorld.

Of course, if your teenager loves animals, too, schedule a behind-the-scenes tour to learn how SeaWorld is helping to conserve and rehabilitate marine life. 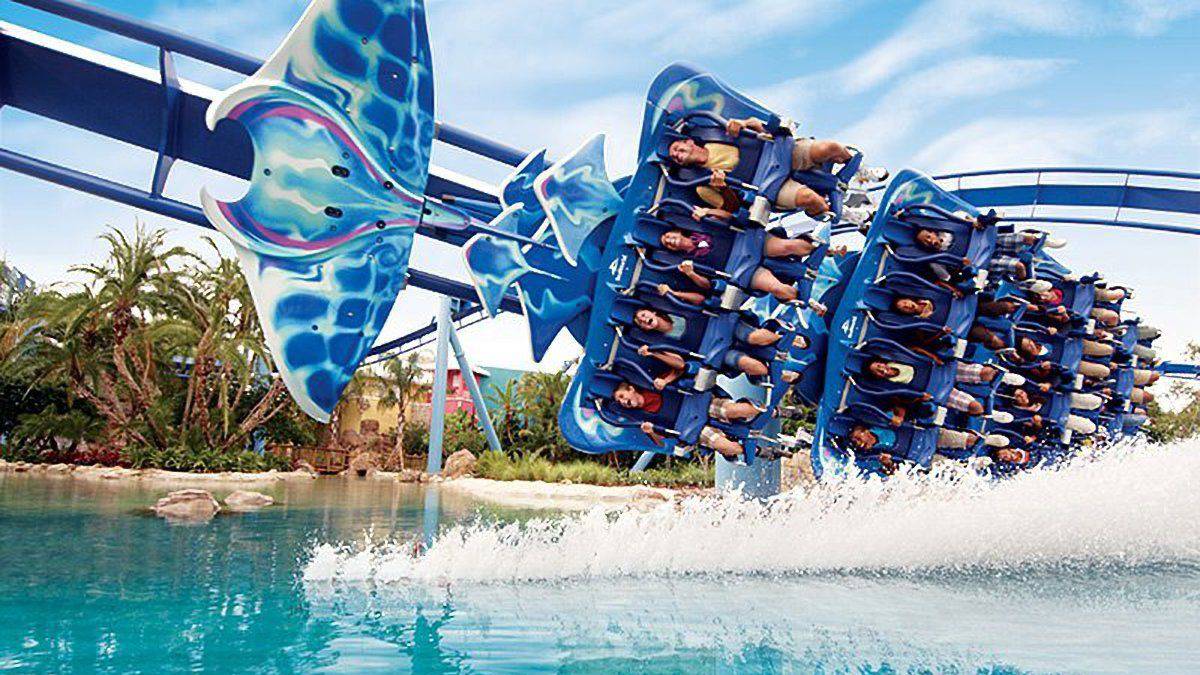 Discovery Cove, the marine life park adjacent to Sea World, gives teens the chance to swim with dolphins and snorkel in a pool of tropical fish while learning all about native wildlife. Best of all, the food and fun are included in your admission price.

Parents can have peace of mind knowing they don't have to spend a fortune while finding the most entertaining things to do in Orlando with teenagers!

The off-road vehicle excursion features sharp drops, sudden turns, a ton of alligators, and comedic tour guides. It's just one of the things to do in Orlando with teenagers that's guaranteed a two thumbs up approval rating!

Plenty of teen-friendly thrill rides are on hand at Universal Orlando, which is divided into two separate parks adjacent to each other.

Fully immersing teens into a TV and movie studio complete with character sightings and high-tech simulators. It's home to such movie-themed attractions as Revenge of the Mummy: The Ride, the Hollywood Rip Ride Rockit coaster, and motion simulator rides such as Race Through New York Starring Jimmy Fallon.

Universal Orlando Resort's other park, is one of Orlando's best destinations for thrill-seeking teens. What teen doesn't love Harry Potter? The whole family can enjoy an entire section dedicated to the "Harry Potter" franchise at The Wizarding World of Harry Potter. The park also features Marvel Superhero Island with a Hulk-themed roller coaster and a Spider-Man 3-D ride.

For some high-speed adventure, all four Walt Disney World resort theme parks have rides that appeal to teenagers. At Disney's Hollywood Studios, teens are treated to massive free-fall drops on the Twilight Zone Tower of Terror, the epic loops in Rock 'n Roller Coaster with Aerosmith, and the revamped Star Tours ride.

While at Magic Kingdom, head to Big Thunder Mountain Railroad, Space Mountain, the Haunted Mansion, and Seven Dwarfs Mine Train for rides teens will love. Epcot is home to thrill rides such as Soarin', Mission Mars, and Test Track. Then, at Animal Kingdom, teens will go crazy for Expedition Everest and Avatar Flight of Passage. 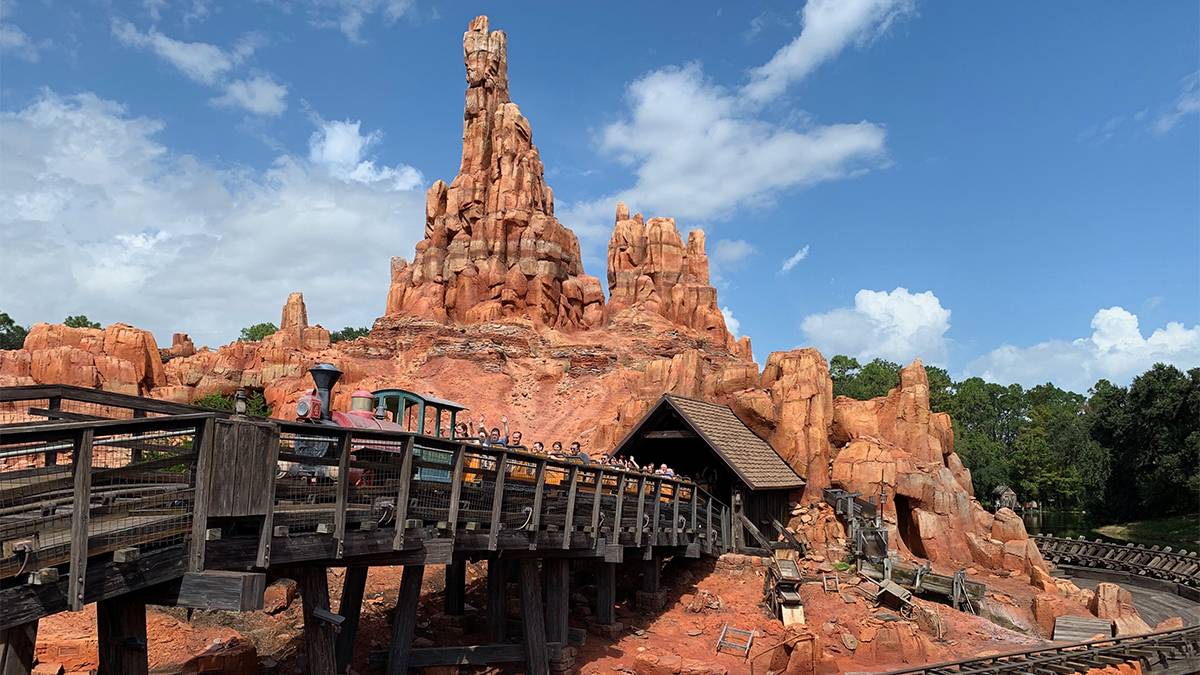 Teens take to the road at K1 Speed, an indoor go-kart race track with sharp turns. They can drive an adult kart that reaches speeds of up to 50 miles per hour if they are at least 56 inches tall. Parents or guardians must sign waivers before teens under 18 can drive a kart. If your teen has a need for speed, here's where to go!

Just a bit outside of Orlando in Tampa, Florida, Busch Gardens tickets are part of a teenager's vacation dream come true.

Combining world-class roller coasters with face-to-face animal encounters, every teenager will love spending time exploring all the theme park has to offer.

Before you go, make sure you prepare for a full day at the park with our tips.

Is your teen an adrenaline junkie? Satisfy their need for a thrill at iFly Orlando! iFly offers indoor skydiving—minus the whole jumping out of the plane and risking your life part.

Teens enjoy an adrenaline rush unlike any other in a safe and controlled wind tunnel. Plus, to ease the nerves of anxious parents, iFly is staffed by trained skydiving professionals. Your teen will be safe and secure throughout their entire "jump!"

Looking for another waterpark for your teens to make a splash at? Teens can take the Dolphin Plunge at Aquatica Orlando where they'll fly through enclosed slides and a pool filled with dolphins.

Or, let them ride with friends through the dark on Walhalla Wave, a raft slide through enclosed flumes.

Disney Springs is Walt Disney World resort's entertainment, shopping, and dining district. Here, your teen will find unique shops, world-class restaurants, and dazzling entertainment. Your teens can shop in the world's largest Disney store, dine amid prehistoric creatures, and even have some fun bowling a game at the 30-lane alley, Splitsville.

The things to do in Orlando with teenagers at Disney Springs can also be chill, if they desire. Kick back and relax while watching the newest film releases and Disney classics at the AMC Dine-In Theater. Reserve seats and a waiter will bring you everything from popcorn to burgers!

Young adults can spend the afternoon feeling chic at the Mall at Millenia, an upscale, two-story indoor mall with more than 145 shops and restaurants. Teens can also recharge their cell phones at the complimentary charging station outside the food park. Plus, Orlando is filled with other places to shop, too!

With so many things to do in Orlando with teenagers, you're in for a memorable Orlando vacation with your teens. You won't hear them say they're bored once!

However, all these attractions and things to do add up—fast. Save money and time by purchasing an Orlando vacation package for extra discounts. Your teens may not appreciate the savings, but I know parents will!

Which Attractions Will You Be Adding to Your Orlando Itinerary?