5 of the Oldest Bars in New York City

Grab a pint at the oldest bars in New York City and imbibe in tradition.

The bar scene in New York City can change overnight. In a city that never sleeps, and where new trends set the world stage, new places pop up overnight while others disappear. History remains at certain pubs and taverns. Serving drinks for more than a century, these historic joints were some of the first bars in Manhattan. They’ve seen and heard it all and lived to tell about.

Built in 1716 as a residence, Samuel Fraunces turned it into a tavern in 1762. Popular with patriots, you could find George Washington tipping back a pint here. In fact, the historic tavern was the host of Washington’s Continental Army farewell dinner in 1783. Currently, there is a museum and bar/Irish restaurant where you can honor tradition with a stout cold one.

Revolutionary war veteran James Brown, who was an aide to George Washington, built the Ear Inn in 1812. It became a bar in 1817, easily designating it as one of the oldest bars in New York City. Although the bar has exchanged hands over the years, it’s never stopped selling spirits. It is one of the few examples of Federal architecture in New York City and is forged entirely of wood handposts and Flemish brick. One of the cheapest bars on this list, the Ear Inn is classic New York. 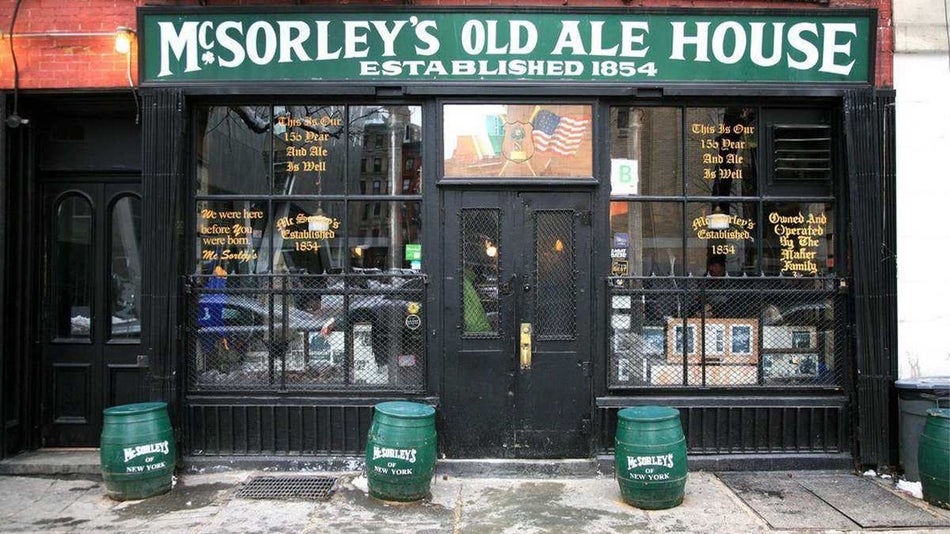 Perhaps the most famous of these historic waterholes, McSorley’s has become a venerable New York City institution since opening in 1854. Irish immigrant John McSorley opened the joint serving two beers – McSorley’s Dark and Light Ale – and these are still the only two options available. You’ll be drinking where the likes of Abraham Lincoln, e.e. Cummings and Theodore Roosevelt once wet their whistles The throwback atmosphere also includes no televisions and no music, so bring someone that’s good company. The almost two centuries of artifacts on the wall are a definite conversation starter. 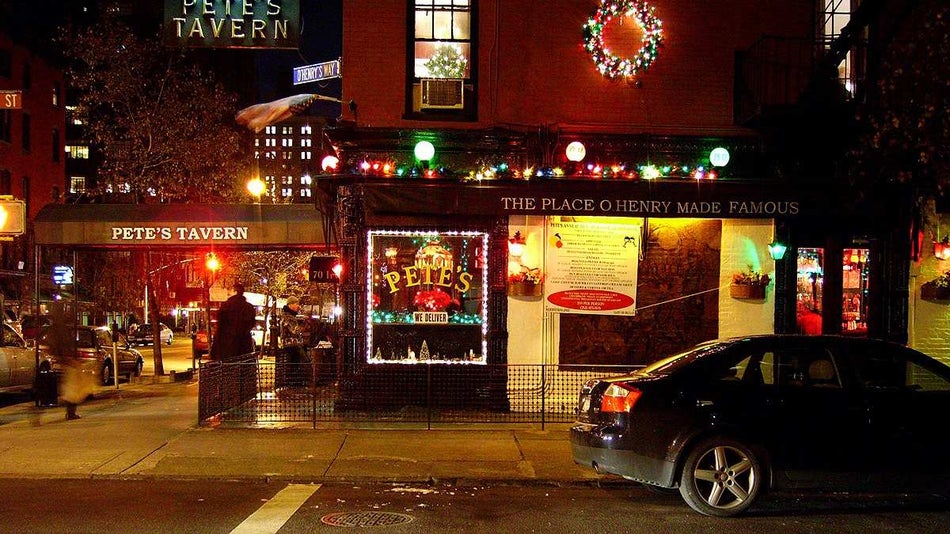 The Civil War-era bar was built in 1829 and started operating as a bar in 1864. Its biggest claim to fame is that O. Henry wrote “The Gift of the Magi” in one of the bar’s booths. The tavern's history doesn’t end there, though. It managed to stay open during Prohibition, disguised as a flower shop and even has a signature ale – the 1863 Original House Ale. Pull a stool up to the hand tooled bar and try a pint at one of the oldest bars in New York City.

Set in the Financial District, the White Horse Tavern catered to longshoremen when it opened in 1880. However, it is best known as a literary hangout of Jack Kerouac, Dylan Thomas, and Hunter S. Thompson. (Fun Fact: There was once a sign in the bathroom that read “Kerouac, Go Home!) The bohemian vibe is still a part of the mystique. Order a drink from the decent selection of beer and whiskey, then toast to the scribes who once haunted the White Horse Tavern.

Make a Toast to the Oldest Bars in New York City

At the intersection of history and tradition, you'll find some of the oldest bars in NYC. Which one do you think you'll visit during your NYC vacation? Let us know in the comments.