New Years Eve San Francisco: Things to Do and Where to Celebrate

Visit the Golden Gate City on New Year’s Eve for a night of more glitz and glamour than a Gatsby party.

Make this year’s celebration go down as one of the best ever when you make your way to San Francisco to get the party started. To plan out your night (and day!), use this handy guide to the Bay Area’s New Year’s Eve celebrations.

Follow along as we fill you in on how to have the best San Francisco New Year's Eve ever!

For a jaw-dropping New Year's Eve San Francisco fireworks display, make your way to the Bay! Arrive early to snag your spot, as an event as noteworthy as this one is bound to be jam-packed. We recommend showing up around 7 p.m. This fireworks show is sure to start the new year off on the right foot.

Pro Tip: This 15-20 minute fireworks display is best seen from along the south end of the Ferry Building, including Rincon Park. Do your best to get a spot by the water rather than the street. Additionally, check out Pier 14 as another possible spot to camp out at for New Year's in San Francisco.

The best place to celebrate New Year’s Eve in the Bay area is, well, the Bay! Reserve your spot on one of these epic party cruises for a night of dancing, food, and entertainment on the waves and under the stars. This will be a New Year in San Francisco to remember!

One great option is the Cabernet Sauvignon Yacht’s New Year’s Eve party. Soak in the views aboard the yacht, like the Golden Gate Bridge, Alcatraz, the Bay Bridge, and Treasure Island.

Foodies will be raving about the dinner on this cruise, which features a hand-carved New York strip steak and ends with delectable tiramisu. Afterward, the grand finale of the night is a fireworks show!

The 11th annual speakeasy cruise transports New Year's Eve revelers decades back to the 1920s. This party rivals those thrown by Gatsby himself!

Dance the night away thanks to two of San Francisco's best DJs. A dessert bar will satisfy your sweet tooth throughout the evening. Additionally, all the fun is set against a backdrop of some of San Francisco's finest sights! The party is spread across three different decks.

Photo Alert: Cocktail attire is a requirement, but flapper attire is encouraged! Take the opportunity to snap a few photos while you're dressed to the nines.

If you’d prefer to stay on dry ground and catch a show, San Francisco offers exceptional entertainment options. The city is home to many concerts, stand-up comedy shows, and more on New Year’s Eve! Reserve your seat to watch some of the best performers, including:

Don’t risk letting the tickets slip through your fingers. Remember to purchase them ahead of time in case they sell out!

Pro Tip: Another way to ring in the new year? Pub crawls! Be on the lookout for San Francisco pub crawls so you can spend the exciting evening going from place to place.

If you’re looking to mix and mingle this New Year’s Eve, the San Francisco New Year Eve party scene will light up for the night. We’ve scouted out some of the biggest and best parties just for you. With so many great options, the problem will be narrowing it down to just one!

Head to The Great Northern to relive the good ol’ days on the dance floor with all of the old-school hits. We’re talking ABBA, the Bee Gees, the Grease soundtrack, and so many other favorites. It all ends with a giant balloon drop!

Grab your flapper dress or zoot suit to travel to the roaring 20s at this glamorous Gatsby-themed party. The Gatsby's House party will feature a four-hour open bar, three top DJs, two hours of passed appetizers… and a partridge in a pear tree (kidding!).

This party is for those that want to celebrate New Year Eve with over-the-top elegance. End the night with an unforgettable countdown!

For those who want to end the year with a bang, the Mother of All New Year's party is known for its unbeatable New Year's San Francisco countdown experience.

Dance throughout the various venue rooms in your fanciest cocktail or semi-formal attire as you anticipate the finale of the night -- a massive confetti and balloon drop! This event is located close to many top hotels, which makes for easy partying.

Make sure to call before you go on New Year’s Eve in case there are any schedule changes.

Here are a few of the best things to do on New Year's Eve in San Francisco:

To truly experience the culture of the city, trying the local fare is a must. Few do crab or sourdough bread better than the City by the Bay.

Before your San Francisco New Year's Eve events, grab dinner at some of San Francisco’s best restaurants to start off your New Year’s Eve right! Here are some of our top restaurant picks for the evening.

Pro Tip: Be sure to call ahead to make reservations. These popular New Year’s Eve spots are usually cramped, for good reason! 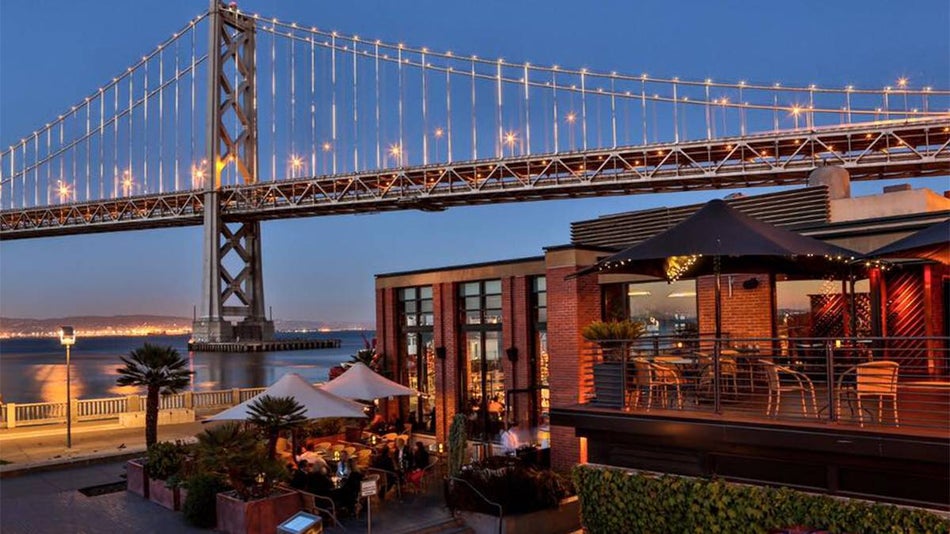 Grab a waterside table at the Franciscan Crab Restaurant.

Get ready to chow down at Canela.

More Meat Than You Can Eat

Select your steak at Izzy’s Steakhouse.

There's plenty of pasta waiting for you at Penny Roma.

Get a slice at Del Popolo.

How Will You Celebrate San Francisco New Year's Eve?

If you’re looking for a New Year’s Eve experience for the books, this eclectic metropolis on the Pacific Ocean promises to deliver. Book your San Francisco hotel room, reserve your spot on a fireworks cruise or at a party, and get ready for your best year yet in the Golden Gate City!

Did We Miss Anything?

Which New Year’s Eve events in San Francisco did we miss? Share in the comments below!