From the moment you walk through the 11th-century style castle you'll gaze in awe at the gallant knights and majestic horses.

Prepare for a mouthwatering four-course meal hosted by a generous Queen who has commanded her royal chefs to cook using only the freshest ingredients for her most honored guests.

As for the rest of the evening, hang on to your hats! Witness the best knight joust and compete in hand-to-hand combat to be named Defender of the Throne.

Keep reading to discover what you need to know about Medieval Times Orlando discount tickets, special deals, and insider tips.

This attraction is doing it right by offering special military discounts to men and women of our armed forces. If you are a military service member, claim the Medieval Times Orlando military discount through any of the two methods: 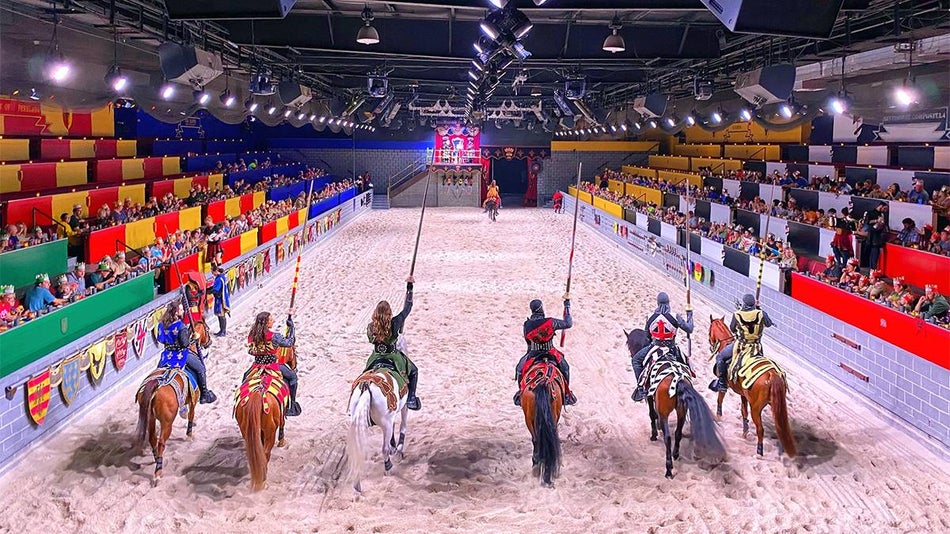 Eager to watch a ferocious battle with brawn and steel? Unfortunately, there are no Medieval Times senior discounts. All adults have to pay the same ticket price at Medieval Times Orlando. Thankfully, Medieval Times discount tickets are waiting for you on Tripster. 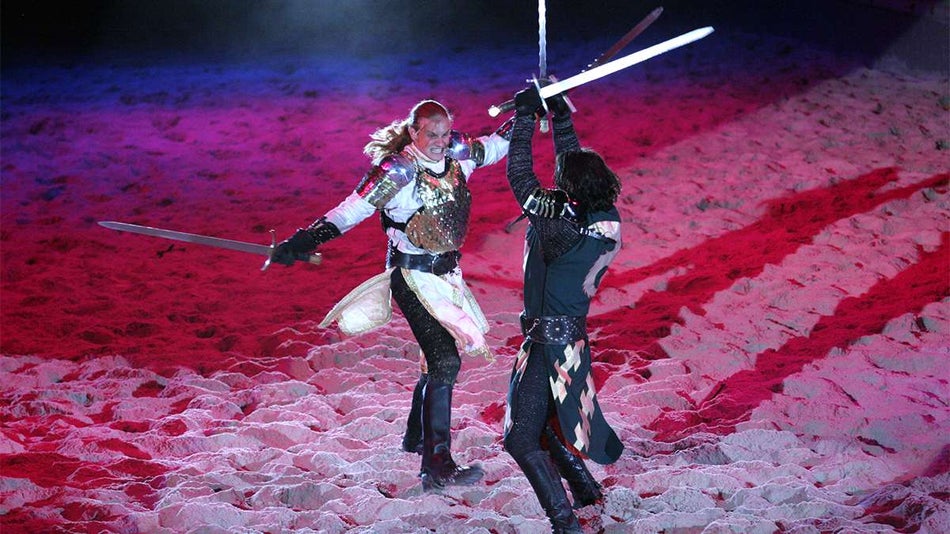 If you’re in Orlando, it’s impossible to visit just one Orlando top attraction. So why not bundle Medieval Times Orlando with admission to Gatorland, Fun Spot America, or Drawn to Life by Cirque du Soleil?

Don’t let the traffic in Orlando ruin the fun! Stay as close as possible to the attractions you are planning to visit.

Below are some of the great hotels near Medieval Times Orlando FL:

If you love sea creatures and have been dreaming of a face-to-face encounter for so long, Discovery Cove Orlando is an ideal vacation destination for you. Swim with dolphins, snorkel among thousands of tropical fish and rays, and help feed otters! 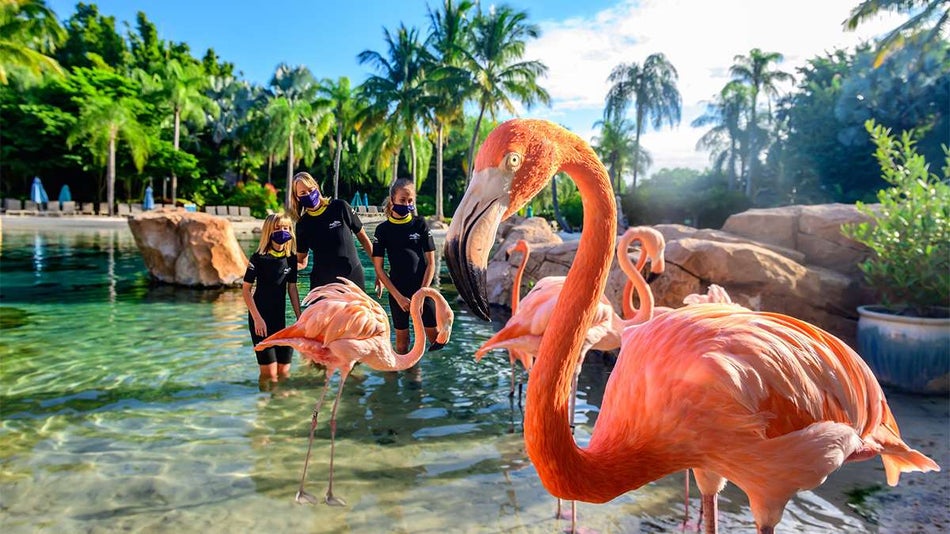 No vehicle to take you to Kennedy Space Center? Don’t let distance be a problem! With the Kennedy Space Center Tour with Transportation, rest assured that you will arrive on time to explore the wonders of space and skyrockets! Oh, and you’ll be greeted by a real astronaut too!

Come ready for feasting, fighting, and fun! Toddlers can pack extra shirts if the feasting part tends to be messy. As for the adults, just bring a camera and your best self! If claiming a discount ticket at the ticket booth, bring a valid ID.

There is no seating chart at Medieval Times, but we recommend you come early as the seats are first-come-first-serve! Choose where you want to sit and dine for this grand night of medieval entertainment. 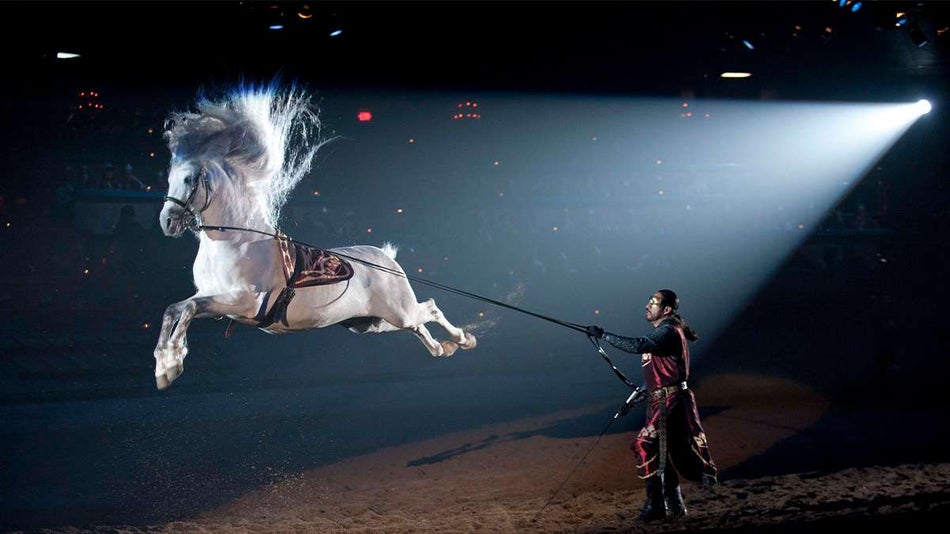 Can I Bring Food into Medieval Times?

Guests are allowed to bring food into Medieval Times, but what good will that do if you can feast on the castle’s four-course meal instead? We promise the castle’s meals are fit for royalty! Check out the Medieval Times Orlando menu for a sneak peek of food to come.

Driving your vehicle to the castle? Good news! The Medieval Times Dinner & Tournament discount ticket includes free on-site car, bus, and handicapped parking. We highly recommend going with your own vehicle because ridesharing fees around Orlando tend to skyrocket in the evenings, which is around the time that the dinner & tournament ends.

Medieval Times is a top attraction you’ll want to include in your vacation itinerary. Be treated to an unforgettable night filled with 11th-century entertainment, a four-course feast fit for any palate, and a full bar service throughout the evening for guests with an unquenchable thirst for victory!

Have You Been to Medieval Times?

What was your favorite part? Leave us a comment below!