You’ll never run out of theme parks to explore in Los Angeles! Visit some of the best parks, and you'll experience thrilling rides, taste delicious foods, while making memories that will last a lifetime.

If it’s the best theme park you’re looking for, and you’re staying in or around Los Angeles, look no further! Hollywood and its surrounding areas are teeming with theme parks with experiences that range from adrenaline-inducing to family-friendly. Scream your head off on a roller coaster, or take a theme park adventure with the little ones!

You might be wondering how many theme parks are in Los Angeles. There are six major theme parks in LA, not including the nearby ones in neighboring San Diego. Seeing all the best theme parks in L.A. would take a dash of magic, but you can also experience some of them with great discounts if you keep reading!

From Disneyland to Universal Studios Hollywood, follow our in-depth guide to theme parks in Los Angeles to get an inside look at what each has to offer and how to get LA theme park discounts and special offers.

Purchase 2-, 3-, 4-, or 5-day Disneyland theme park discount tickets on Tripster, but don’t forget that a reservation is required to get into each Disney theme park.

Universal Studios Hollywood is THE Los Angeles theme park that pays tribute to some of the best Hollywood silver-screen movies of all time. As a motion picture-themed park, visitors are treated to immersive rides that dive into the movies you love, including The Transformers, The Simpsons, Jurassic World, Despicable Me, and of course, the incomparable Wizarding World of Harry Potter.

With the Universal Studios Hollywood discount tickets, you no longer have to wait for your Hogwarts invitation letter to arrive in the mail. You’ll be able to ride a Hippogriff, drink butterbeer at Hogs Head, and experience what it’s like to live within the walls of the Hogwarts School of Witchcraft and Wizardry, even if just for a day.

Spend an afternoon racing on the various Go Kart racing tracks to choose from, master your A-game at the numerous mini golf courses on-site, and try out a few cutting-edge video games in the Arcade!

If all other theme parks in Los Angeles theme parks are busy during Thanksgiving weekend, you can always get the Boomers Los Angeles discount tickets and expect fewer crowds. 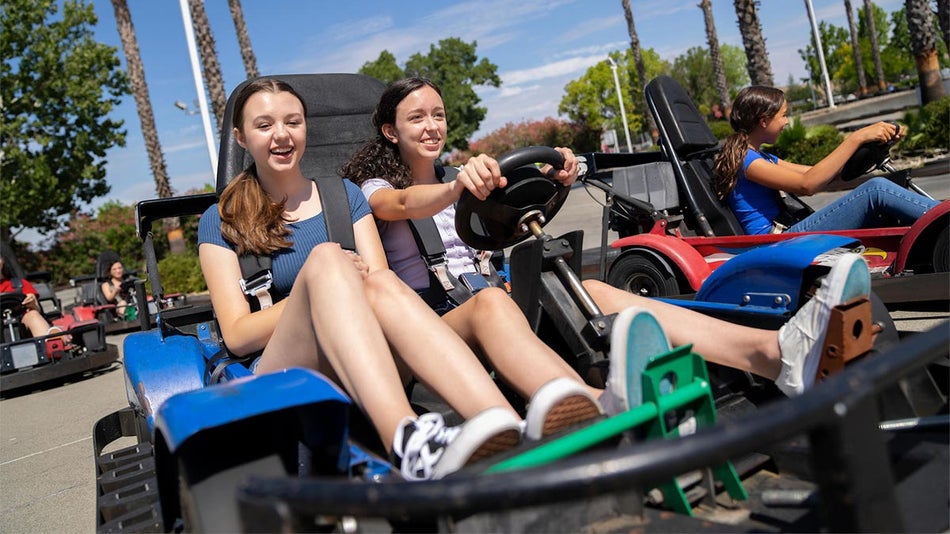 SeaWorld San Diego is a top family-friendly attraction because it features exotic water animals and amusement park attractions. After visiting amazing marine exhibits like the Shark Encounter, experience exciting theme park rides such as the gondola, log flume, and a handful of enjoyable roller coasters.

Kids and kids-at-heart are immersed in all things LEGO at LEGOLAND California, a theme park designed with kids ages 2 to 12 in mind. The roller coasters keep a slower speed, the hands-on LEGO workshop will keep the little ones busy, and the rest of the rides and activities will make the little ones’ imaginations go on overdrive. 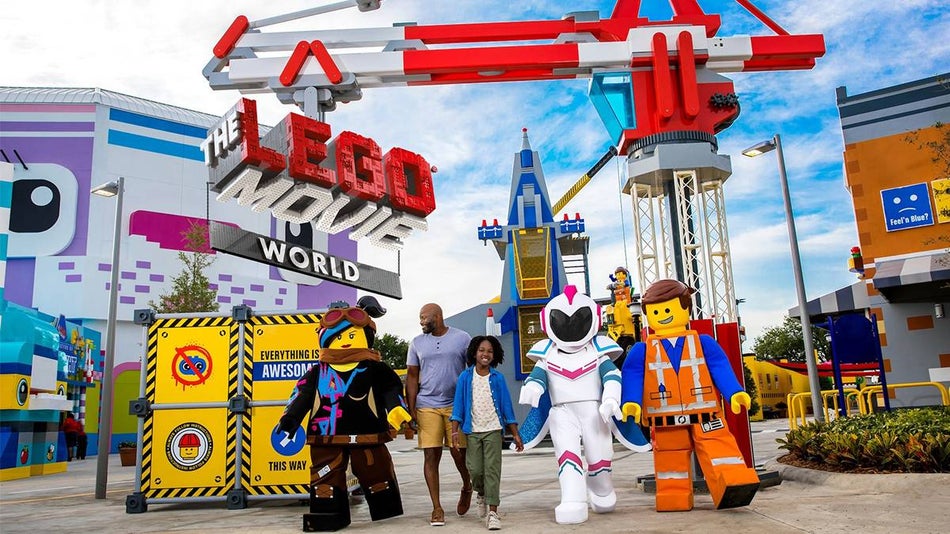 If you ask heart-pounding, extreme thrill ride-seekers which theme park is the best in Los Angeles, they will most likely tell you to head straight to Six Flags Magic Mountain!

However, Bugs Bunny World with Looney Tunes characters and pint-sized rides are also available as calmer alternatives if you are bringing little ones.

Planning to visit Six Flags Magic Mountain and more LA attractions? We recommend getting the Go Los Angeles All-Inclusive Pass. With it, enjoy your choice of LA attractions with up to 45 percent off regular admission rates! 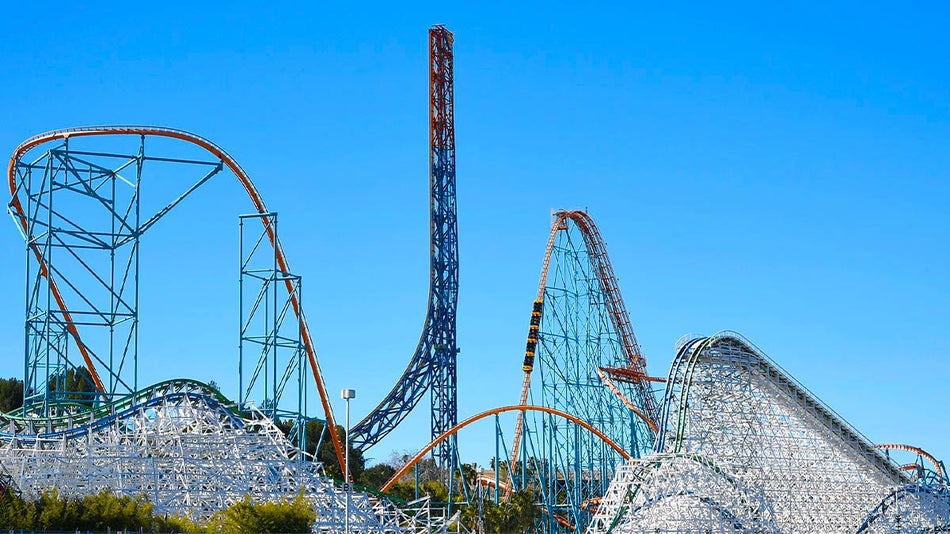 Fantasy Farm Amusement Park has been closed for years. However, Knott Berry Farm is reminiscent of the traditional family theme park that promises old-fashion fun. Nostalgia-fueled attractions can be enjoyed by all party members, including an equal amount of mellow rides for the little ones and thrill rides for the daring older kids.

Visitors can still expect to see classic attractions similar to Little Bill’s Giggle Coaster. However, there seems to have been a concerted effort of late to turn the theme park into a 21st-century hangout. Thus, there are more compact roller coasters and kid-friendly Snoopy tie-ins.

The allure of Santa Monica Pier will not be complete without the carnival-style rides at Pacific Park. The rides in this park are arguably a signature of seaside boardwalk attractions. Expect games, a Ferris wheel, spinning teacup-style cars, and roller coasters.

There is no admission fee at Pacific Park. You can pay per ride or buy an unlimited wristband. If rides aren't your thing, you can stroll the pier and enjoy the Pacific Ocean views. 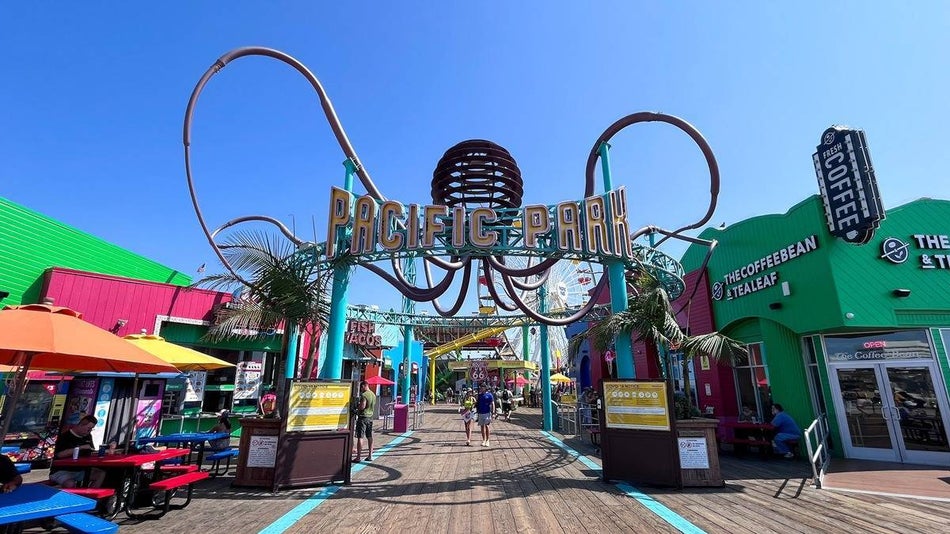 Everything under the sun can be found at Los Angeles theme parks! If you’re ready to create your own experiences, your custom L.A. theme park vacation package is just a click away!

Grab as many theme parks Los Angeles tickets as you need! If you need combo tickets to two LA theme parks, you can do that too! Then, select your choice of LA hotel to rest after a day at the best theme park in Los Angeles.

From adrenaline-inducing thrill rides to charming boardwalk Ferris wheels. There is a theme park in Los Angeles for everyone! So start planning your Southern California vacation today!

Which LA Theme Park is Your Favorite?