4th of July in Boston

Balmy summer nights, plenty of burgers and baked beans, and jaw-dropping fireworks displays. It must be the 4th of July in Beantown!

Follow along to discover the very best independence day celebrations in the city of Boston.

Home to the very heart of the American Revolution, no city pulls out the patriotic stops quite like Boston.

From rousing readings of the Declaration of Independence that include historical reenactments to live music performances by the Boston Pops Orchestra, there's plenty of Uncle Sam spirit to go around.

Read on to learn everything you need to know about the 4th of July in Boston! 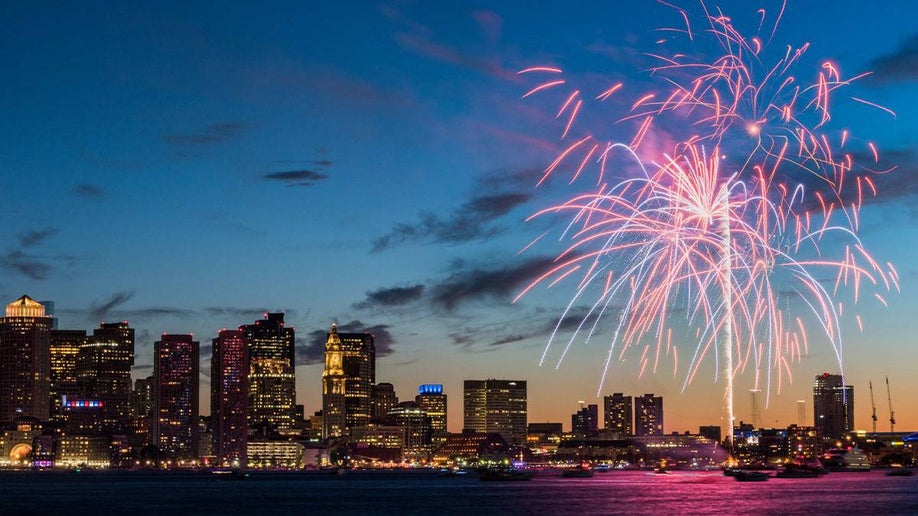 Hightailing it to the Cradle of Liberty for a long weekend's worth of revolutionary fun? Make the most of your time in Boston by soaking in even more of Beacon Hill, the Boston Common, and picturesque Charles Street. Whether you want to see the city via charming trolley or prefer your history with a side of suds, we've got you covered:

Brush up on your American history, and zip around Beantown in style when you board a Boston Old Town Trolley Tour. Then, hop on and off at your leisure as you cruise by the New England Aquarium, Faneuil Hall Marketplace, the Old State House, the USS Constitution, and more.

Calling all penny pinchers! Save that coin for some celebratory drinks when you go all out with a Go Boston All-Inclusive Pass. Select up to a 7-day pass and jumpstart your exploration of this Northeast metropolis. From Swan Boats to Paul Revere's house, you have the power to peruse over 30 of Boston's best attractions.

Loads of local lore, ice-cold local brews, and historic taverns, oh my! Dive into Boston's past through a suds-filled sojourn. The Independence Pub Crawl is a dynamic dive into the American Revolutionary War, beer, and Boston's secret history.

Fourth of July Activities and Traditions

True Bostonians know that the Puritan City's independence day festivities launch long before July 4th. The Boston Harborfest kicks off on the first of the month and includes three days of 4th of July celebrations.

Not to be missed is the annual opening ceremony at Faneuil Hall. Faneuil festivities include a short speaking program followed by thrilling revolutionary reenactments and the cutting of a giant cake.

Just two days later, on July 3rd, the city will be blessed with a dazzling array of live performances by historical re-enactors and costumed entertainers through the Downtown Crossing. 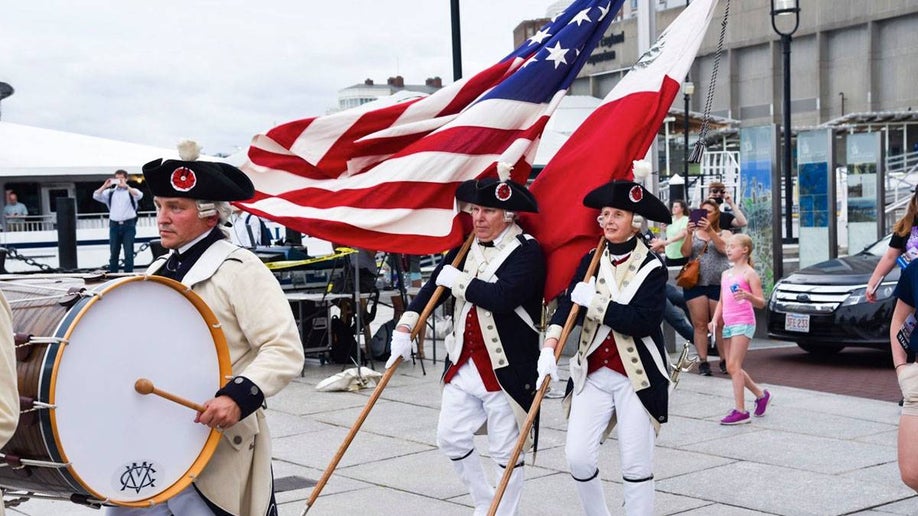 Highlights of the Harborfest include:

Aye, Aye, Captain! Brace yourself for some seaworthy fun when you stake out a spot to soak in the Parade of Lights. This lavishly illuminated nighttime boat parade takes place on July 2nd. Sea-inclined spectators can watch dozens of festively decorated boats cruise through Boston's Inner Harbor. 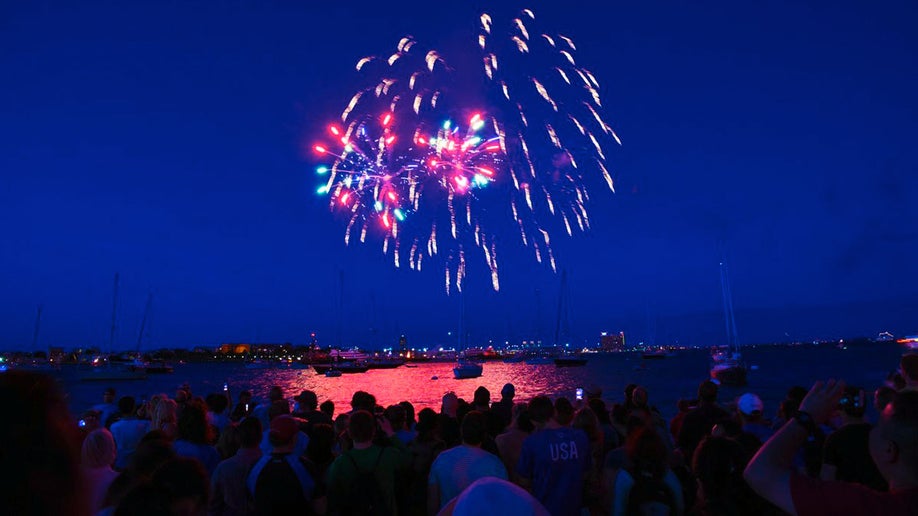 Rise and shine, early morning revelers! Jumpstart your day of American revelry with the city's Flag Raising Ceremony, and Parade at 9 am. Muster up your patriotic passion as you take in the short parade that begins at City Hall Plaza and passes by the Granary Burial Ground. Observe the somber placing of the wreaths on the graves of patriots.

The festivities will continue as the parade makes its way through the Downtown Crossing to the Old State House. Here bystanders can witness the time-honored tradition of reading the Declaration of Independence from the balcony by the Ancient and Honorable Artillery Company. Optimal parade viewing is along the route and by the Downtown Crossing area.

Stretch those feet and time travel to the founding of our great nation when you embark on a one-of-a-kind patriotic tour of the Historic Freedom Travel. Immerse yourself in  U.S. History as you spend hours uncovering the significance of everything from the Boston Common to the USS Constitution.

Feast your eyes on the Bunker Hill Monument, the Old North Church, and more as you are regaled with fascinating facts from your 18th-century costumed guides. Uncle Sam's birthday bestows even more surprises, as special programs and activities will be taking place at various historical sights along the 2.5-mile trail.

Pay your respects to Old Ironsides, and perhaps even book a refreshing harbor cruise when you sneak away to witness the USS Constitution turnaround.

Accompanied by the USCGC Eagle, each year, the world's oldest commissioned warship makes its journey from the Charlestown Navy Yard to Castle Island. Amp up this unique Boston aquatic experience by booking a boat cruise through the sparkling harbor. 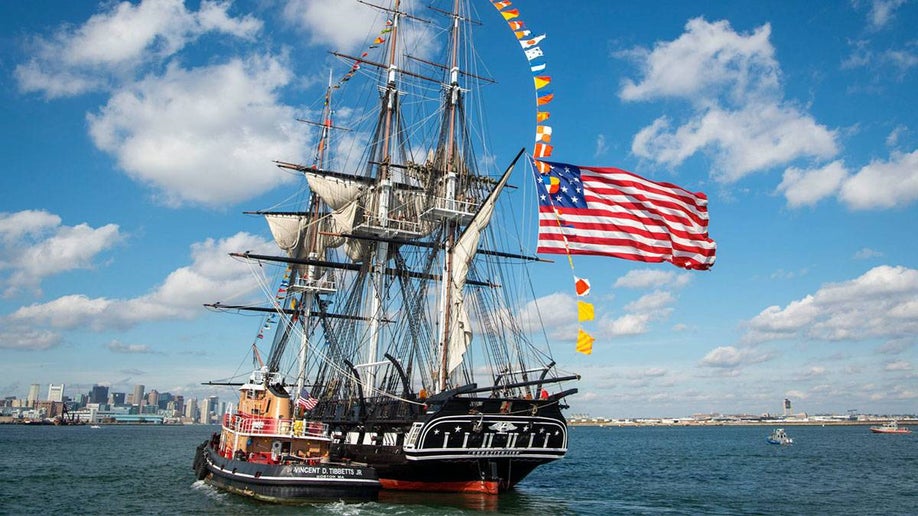 Stirring reenactments, centuries-old artifacts, and plenty of piping hot tea. Families need only head to the Boston Tea Party Ships and Museum for equal parts education and entertainment. From July 1st through the 3rd, pint-sized patriots can partake in three days of creative colonial activities, interactive performances, and games.

An ever-popular highlight of the Harborfest, guests of all ages will marvel at the Robinson Tea Chest and imbibe in Abigail's Tea Room libations. 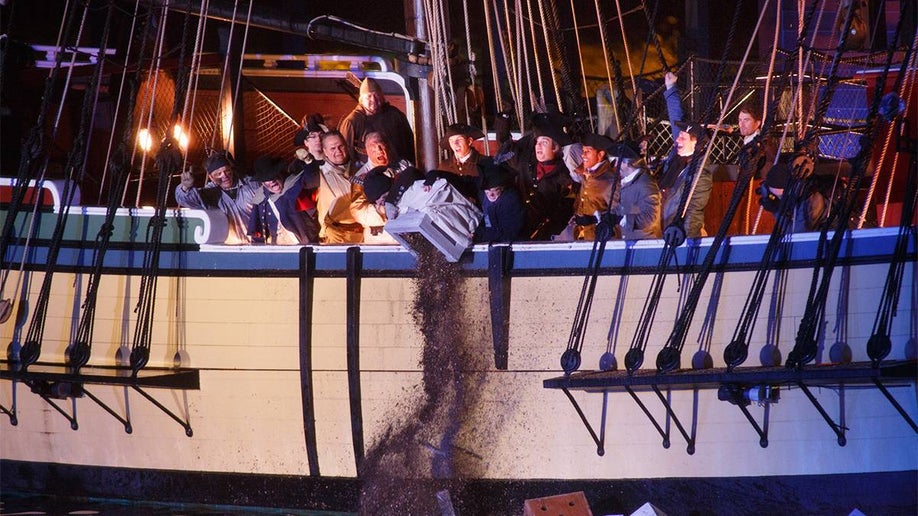 Spellbinding explosions of red, white, and blue above the Charles River Esplanade and an awe-inspiring orchestra performance led by Keith Lockhart. Boston's 4th of July Spectacular and Pops Concert is a can't-miss tradition.

Let Beantown's most famous orchestra regale you with their moving rendition of Tchaikovsky's "1812 Overture." This stirring symphony includes real cannons and ringing church bells. Following this melodious performance, bystanders will be treated to an exquisite fireworks show.

Wondering where to best view the fireworks? Since the Spectacular and Pops is a free outdoor event, seating is first-come, first-serve. Therefore, we highly recommend showing up early to snag a seat.

Thanks to the restriction of many access points, public transit is suggested. In past years* the ideal vantage point to watch the pyrotechnics over the Boston Common was by the Boston Common itself. Or surrounding streets such as Beacon, Arlington, Boylston, Tremont, and Park. Awesome views can also be seen from the mid-to-upper floors of surrounding buildings in Beacon Hill, Back Bay, downtown Boston, and the Theatre District.

Angling for an all-American explosion of red, white, and blue? The Athens of America contains enough star-spangled spirit to light up the entire country.

Rediscover the power of the written word as you listen to a reading of the Declaration of Independence. Then, work on your 'Huzzah' as you watch talented costumed actors recreate scenes from the Boston Tea Party.

Indulge in tree-covered walks through the Freedom Trail. Or unearth the pleasures of craft beer and carousing chronicles of our forefathers.

From illuminating boat parades to glorious firework spectaculars above the Esplanade, Boston contains a boon of Independence Day activities.

Tell Us, What's Your Favorite Way to Spend the 4th of July in Boston?