Getting Around Boston: The Ultimate Guide for Any Visitor

Getting around Boston doesn’t have to be challenging when visiting the city. Travelers have a multitude of options at their fingertips.

Getting around Boston doesn’t have to be challenging when visiting the city. Travelers have a multitude of options at their fingertips. Whether you prefer driving yourself, using Uber, taking the subway, or riding a bike, Boston has it all. Read on to discover how to use the city's transportation services. 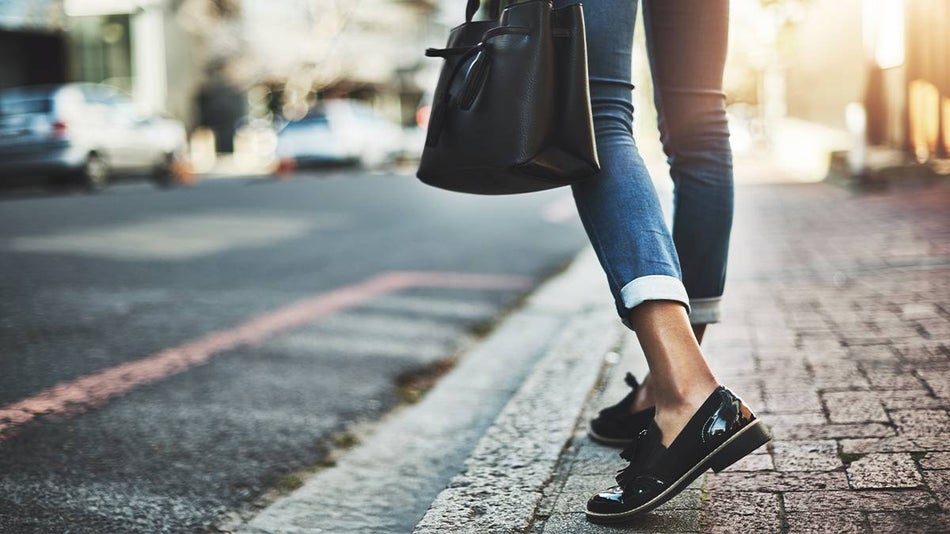 Because of its abundance of pedestrian greenways, walking through Boston's neighborhoods isn't as daunting as it may seem. Many popular Boston attractions and hotels reside within fairly close distance from one another, so just come prepared with comfortable walking shoes. Also, note upcoming weather changes because there aren't many covered areas.

Check out Bluebikes if you’d rather feel the thrill of biking around the city. With 2,200 bikes at more than 210 stations through Boston, Brookline, Cambridge, and Somerville, this low-cost option allows you to travel around the city easily. Download the Bluebikes app or visit any Bluebikes kiosk to purchase a single pass.

Consider obtaining a CharlieTicket, a paper ticket that can be loaded with subway, bus, Commuter Rail, and ferry tickets or passes. Deemed the best option by the Massachusetts Bay Transportation Authority (MBTA) for visitors, these tickets are available at all fare vending machines and online. In addition, you can simply pay with cash at onboard fare boxes on buses and trolleys at street-level stops.

For seamless purchasing and route planning on-the-go, you may want to download any of these MBTA-endorsed apps.

Did you know that North America's first subway tunnel opened in Boston? The Tremont Street Subway opened in 1897 and is still in use today. Thousands use Boston's subway system every day now, which is typically referred to as the "T". The subway has four main lines--Green, Blue, Orange, and Red--that make 128 stops through the city's major neighborhoods. In addition, the subway operates seven days a week, and each line stops near the Boston Common downtown. Also, commuters can easily make connections to or from other subway lines, MBTA buses, Commuter Rail, Amtrak, and regional bus services. 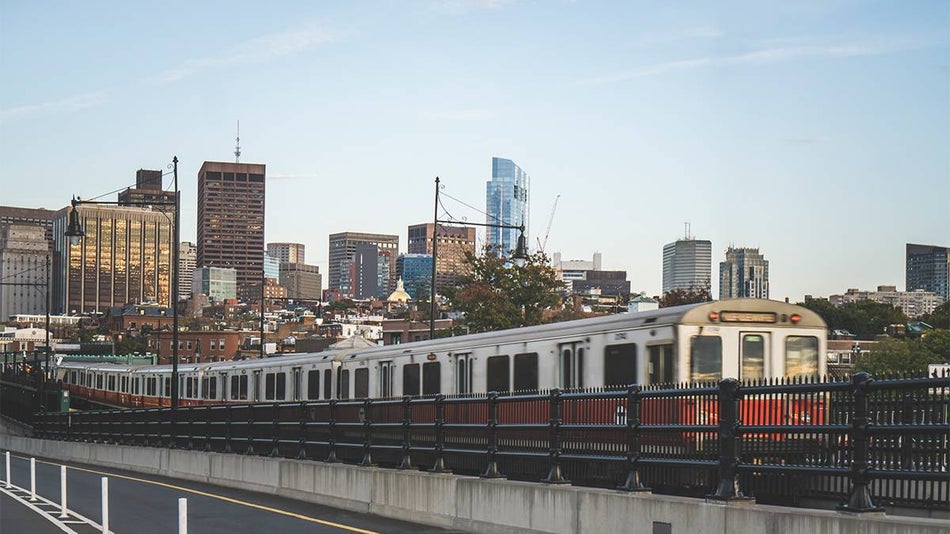 The Green Line runs from Cambridge into Boston, where it branches into the E Line, to Heath Street, from Copley. Past Kenmore to points west of the city, it diverges into the:

You can reach top designations such as the Boston Common, Public Gardens, Museum of Fine Arts, Museum of Science, Fenway Park, and the Charles River Esplanade via the Green Line.

The Blue Line travels from Revere, on the North Shore, into Boston, where it ends near the Beacon Hill neighborhood. Popular attractions along the line within Boston include the New England Aquarium, the State House, Charles Street, and the Museum of African American History.

The Orange Line runs south from Malden through downtown Boston and into the Jamaica Plain neighborhood. Top destinations along the Orange Line include Haymarket, The North End, TD Garden, Faneuil Hall Marketplace, Chinatown, and the Theater District.

The Red Line runs south from Cambridge into Boston and South Boston, and splits into 2 sections south of JFK/UMass. The Braintree branch travels through Quincy (on the South Shore), and the Ashmont branch travels through Boston’s Dorchester neighborhood. From Ashmont, the Mattapan Trolley offers light rail service to Milton. Popular attractions along the Red Line include the Boston Harbor Walk, the Boston Tea Party Ships & Museum, the Children's Museum, Boston Common, Harvard University, and MIT.

The MBTA Commuter Rail connects communities in eastern Massachusetts and Rhode Island to downtown Boston, with 137 stops throughout the region. The service area includes twelve routes that run seven days a week, plus service to Gillette Stadium from Boston and Providence for sporting events and concerts.

Commuter Rail stations are located within Zones, numbered 1A – 10, based on how far they are from Boston. Commuter Rail fares are determined by the Zones you are traveling to and from. A one-way ticket costs between $2.40 and $13.25. Moreover, round trip, 10-ride, and monthly passes are also available.

Passengers should also note that trains that run on the same schedule don't always leave from the same platform, so make sure to check because the platform may be different day to day. 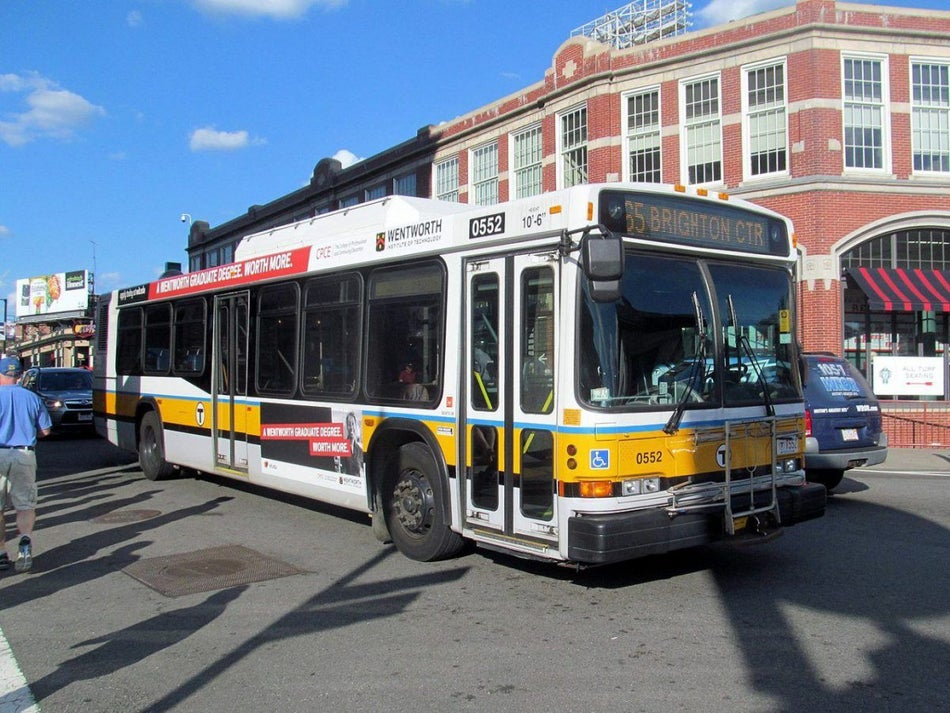 T buses connect neighborhoods throughout Boston as well as surrounding cities and towns. The bus service area includes more than 170 routes that run between five and seven days a week with 8,000 stops throughout the region. Further, although local buses make up a majority of the bus service, Inner Express and Outer Express bus routes (which travel farther out of the city) run as well.

Because of traffic and delays, arrival times may vary. MBTA recommends using the Transit App or website to the track the location of your bus for a more accurate ETA.

Throughout the city, most bus stops are labeled with white, black, red, and yellow signs with a large "T" logo. Stops at hub stations sometimes have fare vending machines and digital signs indicating routes and times. Further, Local Bus and Silver Line fares can be paid at the onboard fare box, while passengers can pay at a fare gate at underground Silver Line stops.

When you want to get off the bus, you can press the yellow or gray strips near the windows of the bus or the red "Stop" buttons located on vertical handrails. 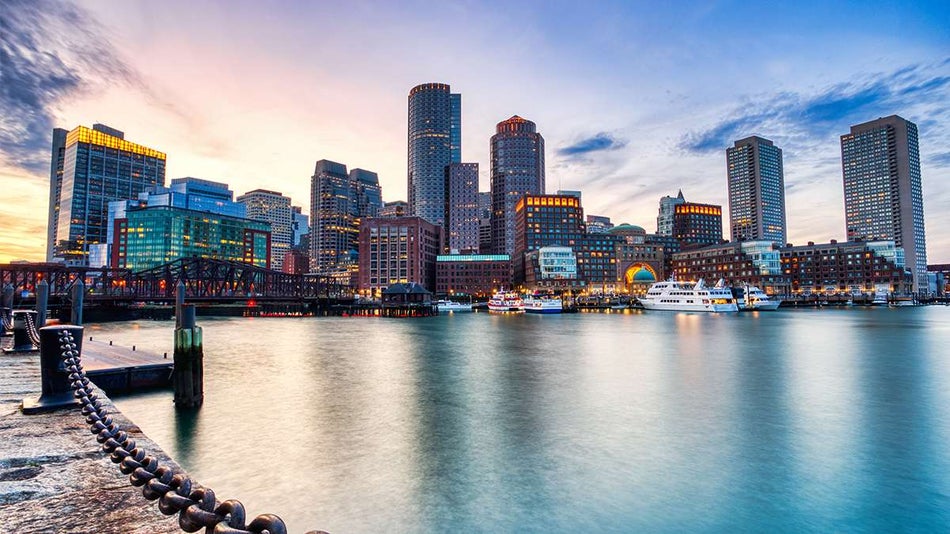 Those looking to ride the ferry to the Boston Harbor Islands or other designated destinations can access the three MBTA docks in the Boston Harbor: Long Wharf South, Long Wharf North, and Rowes Wharf. Ferries operate year-round and include both indoor and outdoor seating. Also, ferry rides offer incredible views of the city and harbor islands from a distance.

Passengers can purchase a paper ferry ticket or mTicket, with a one-way fare costing between $3.70 and $9.75 depending on the route.

Boston offers Uber, Lyft, and Car Share Boston to limit traffic, as well as save time. Ride share options also tend to be cheaper in contrast to flagging down a taxi or renting a car and then trying to find a parking spot.

Simply download the respective app, follow directions for setting up payment, select a route a type of ride and route, and wait for your driver. During the ride, you can chat with your driver to get local insider tips. You can then rate and tip the driver afterward through the app. 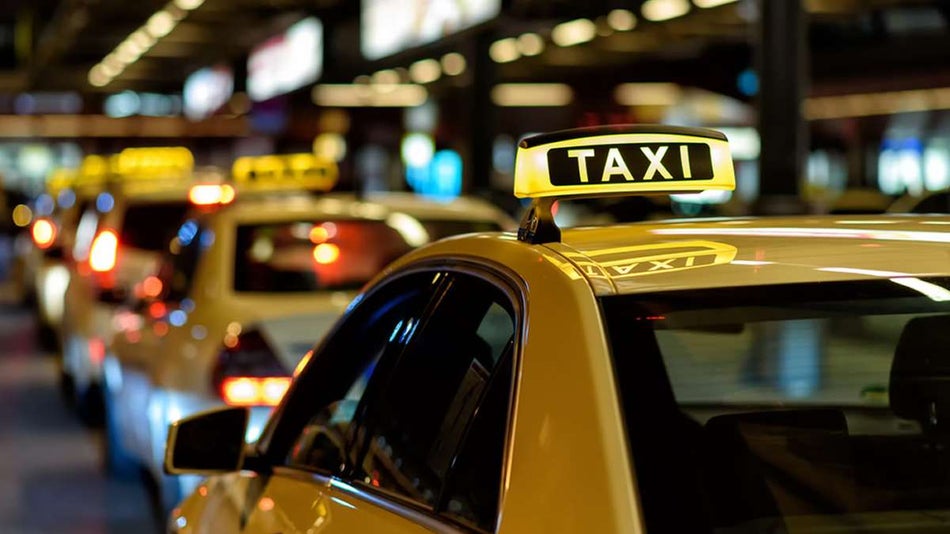 Visitors have access to multiple taxi companies that take cards or cash. Typically more expensive than using public transportation or ride share options, taking a taxi may not be the most optimal choice. However, you can typically flag one down easily, call to schedule a driver to pick you up, or use apps like Curb or Arro. In addition, you can find taxi stands in busier areas downtown.

To estimate how much your ride may cost, try using TaxiFareFinder.

If you're flying into the city and wish to have a car while you're getting around Boston, you can easily rent a car through the numerous companies near Logan Airport. We recommend booking early to avoid soaring prices.

When parking your car around the city, you can use apps like ParkBoston, SpotHero, or JustPark.

Exploring the city is easier than you think. Now that you know your options, how do you prefer to get around Boston?

Looking to call Boston home? Check out Neighbor Who. Filled with resources and guidance, you'll feel like an expert on the city as you begin your house search!