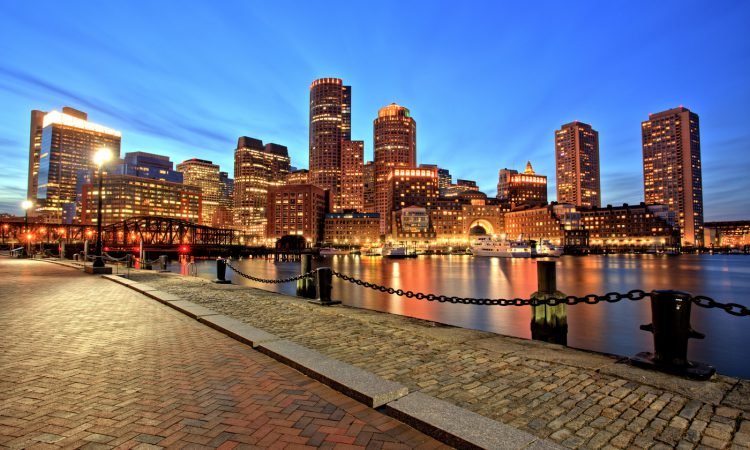 Acclaimed for its extensive history, arts scene, culinary scene, and diverse cultures, Boston showcases seemingly countless activities throughout the city. And the entertainment doesn’t stop once the sun goes down. In fact, visitors have numerous fun things to do at night. Whether you enjoy sightseeing, indulging in local brews, or visiting museums, Boston has something for everyone. Discover the top things to do via Tripster Boston.

The Best Things to Do in Boston at Night

1) Stroll through the Parks

Although there are multiple parks throughout the city, the Boston Public Garden and the Boston Common boast beautiful sights day and night. Well-lit, you won’t feel unsafe while strolling past weeping willow trees, ponds, and gorgeous foliage. Of course, we recommend bringing company with you for safety reasons.

The oldest public garden in the U.S., the Boston Public Garden was established in 1837 and presents many lovely meandering walkways, species of flowers and plants, and bird species that populate the area. During the day, guests can ride the Swan Boats, picnic, play sports, and more. At night, this downtown park is best for sightseeing.

Founded in 1634, Boston Common serves as an incredibly historic site with ties to the Revolutionary War, anti-Vietnam War rallies, civil rights rallies, and much more. Now owned by a nonprofit organization, the park contains beautiful walkways, fountains, statues, and play areas. Further, many families go ice-skating in the Frog Pond each year.

2) Sail on a Sunset Cruise

Join Boston Harbor Cruises as the sun dips to garner some of the best views of the city skyline during the Sunset Cruise. During this narrated, 90-minute tour, guests will learn about the past and present history of Boston Harbor. Plus, you get to see the USS Constitution fire her cannon and lower her flag to signal the day’s end. We recommend you purchase tickets in advance online.

Prefer to sip cocktails? During this 90-minute sunset cruise, guests of age can sip cocktails from a full cash bar while listening to music and nibbling on light snacks. Celebrate with friends or your sweetheart as you gaze at the Boston skyline.

With so many music venues, music aficionados will be in Heaven due to The Hub’s ever-growing arts scene. One of the best things to do in Boston at night, some of the top venues include:

4) Sample Beers on a Brewery Tour

The number of breweries in Boston is staggering, so you won’t be able to see them all in one trip. However, City Brew Tours offers quality deals for beer lovers for several of the dozens of breweries within the city. While they offer multiple tours, we suggest their After Hours Brew Tour. Participants sample up to sixteen craft beer styles, gain VIP access at four stops, receive a light dinner and beer pairing, and get City Brew swag as well! More importantly, City Brew takes care of the driving so you can let loose. Approximately five hours long, guests can sample local breweries’ best Monday through Saturday. One of top things to do in Boston at night, you’ll want to take advantage if you’re visiting.

In the mood for a play, opera, ballet performance, or musical? This renowned arts city has you covered. Some of the best theaters include:

Who doesn’t like to laugh? The East Coast exhibits top-notch comedy, particularly in Boston. Check out some of these local comedy venues with your friends:

Because Boston is one of America’s oldest established cities, you can bet the city has produced sordid tales and legends. Consider joining a narrated ghost tour so you can learn the most shocking local stories. One of the best things to do in Boston at night, you don’t want to miss out.

Feel transported in time on the Trolley of Terror by a ghoulish band of the undead and a surly gravedigger. Guests can hear tales of gory murders, tortures, and executions that took place in areas such as the Boston Common during this 1.5 hour tour. In addition, you’ll learn about paranormal happenings at the Omni Parker House, the legend of the Boston Strangler, and visit King’s Chapel spooky cemetery where bones were used as currency.

During the 1.5 hour Haunt and History Night Tour, guests follow an experienced guide who relays stories about Boston’s most haunted sites.  Meet your guide near the Bank of America (corner of State St. and Congress St) and uncover mysterious hauntings and dark histories. Be sure to bring your camera as paranormal photographs are captured on almost every tour!

Depending on when you visit, several museums leave their doors open later in the evening. Didn’t have time during the day to see anticipated exhibitions? Don’t worry–you can peruse the halls of these museums at night:

9) Stargaze at the Coit Observatory

Located on the roof of the CAS building at Boston University, the Judson B. Coit Observatory features public open nights and observing projects of the Boston University Astronomical Society. Please note that tickets are required to participate and that you must arrive early. Moreover, the Observatory holds Open Nights most Wednesday evenings throughout the year, weather permitting.

10) Cheer on Your Favorite Sports Team

Producing some of the most widely known and loved teams in the country, Boston definitely serves as a hub for sports fans. And many host night games! One of the top things to do in Boston at night, look into local teams’ schedules so you can cheer with snacks in hand:

Shopaholics can delight in the numerous institutions scattered throughout the city. Open fairly late, visiting any of these top shopping areas is one of the leading things to do in Boston at night. Looking for the perfect gift or shopping for souvenirs? Head to any of these prime shopping areas:

Open until 8 pm, the Skywalk Observatory gives fabulous 360-degree skyline views to visitors. Although daytime views provide better coverage, guests can still gain a fantastic bird’s eye view of Fenway Park, the Esplanade and Hatch Shell, the Hancock Tower, the Boston Common, MIT, Harvard University, and beyond. Also, guests can gain access to audio tour headsets relaying intriguing facts about the city. Of the best things to do in Boston at night, visitors should take advantage of an opportunity to see this gorgeous city after hours.

Furthermore, the Dreams of Freedom Museum in the Observatory celebrates the vital role immigrants have played in shaping Boston’s neighborhoods and culture. For instance, one out of every three residents has been born abroad and the city’s population speaks over 140 different languages.

In addition, visitors can enjoy two short films, Wings Over Boston, which gives an up-close feel of the city, and Dreams of Freedom, a multimedia journey through time.

The Freedom Trail connects many of the most significant sites of our nation’s history, all within the city of Boston. Featuring a trail of museums, churches, meeting houses, parks, a ship, burying grounds, and historic markers, each site tells its own history regarding the American Revolution and beyond. This 2.5 mile trail features sixteen historic sites from the Boston Common to Paul Revere’s house in the North End. Of course, you don’t need a tour to follow the markers, although tours are available during business hours. Additionally, please note that specific areas may not be open during your tour if you wish to step inside.

Now that you know the best things to do in Boston at night, where will you head to first to start the evening off right? Let us know!