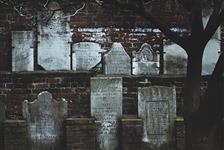 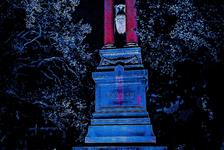 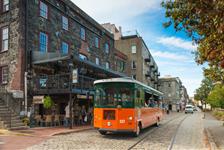 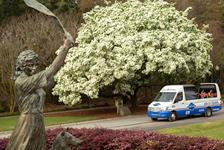 Ships of the Sea Maritime Museum is not currently available.

Check out our other great Savannah Things to Do.
View All Things to Do
Need Help? Contact Us!

Since 1966, the Ships of the Sea Maritime Museum in the 19th century Scarborough House has exhibited 18th and 19th century ship models, paintings, and maritime antiques. Featuring nine galleries, the majority of the models reflect Savannah’s rich maritime history, although the collection travels beyond Savannah to pay homage to other significant vessels throughout modern history.

from Ashley, one of our Savannah Travel Experts
Read More

from Ships of the Sea Maritime Museum
Ships of the Sea Maritime Museum is housed in the elegant 1819, William Scarbrough House - designated a National Historic Landmark in 1974, for its historic significance and exceptional Regency architecture. Within this notable setting, Ships of the Sea exhibits ship models, paintings, and maritime antiques, principally from the great era of Atlantic trade and travel during the 18th and 19th centuries. The museum also endeavors to interpret the rich story of Savannah's illustrious maritime history, a chronicle which includes the groundbreaking Steamship Savannah, the first steamship to cross the Atlantic Ocean.

The museum is surrounded by an entire city block of grounds which comprise the largest private garden in the Historic District. Careful attention has been paid to the plant and surface materials. With few exceptions, all plant material is native or has been available since the early to mid-1800s. During a walk around the grounds one can experience the historic plantings offered by the original Georgia Trustees, a citrus stand, a Trident maple grove, a vine-covered pergola, and a belvedere with a splendid view. Many of the plantings are accompanied with placards bearing barcodes. When scanned with a smart device, a whole host of knowledge can be gleaned about the plant’s properties.

The combination of elements offered at Ships of the Sea provides something for everyone, especially for those curious about the history and culture of this great region. Savannah was built on the commodities of its maritime connections. The streets were paved with discarded ballast stones, the city’s magnificent homes were built by wealthy Merchant Princes who earned their fortunes through Atlantic trade, and renowned River Street was home to cotton factors who shipped their goods to northern and international ports. So discover what made Savannah, Savannah, at Ships of the Sea Maritime Museum!
Read More 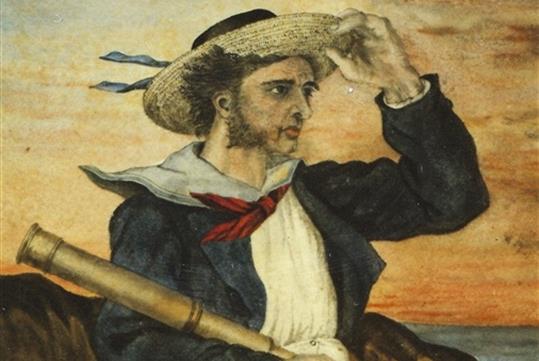 Have you been to Ships of the Sea Maritime Museum? Share your knowledge and be the first to review this.
Write a Review
Back to Top

Frequently Asked Questions about Ships of the Sea Maritime Museum

Is parking provided? If so, what is the fee?
Yes, free parking is available on the south side of the building.

What should I wear?
Wear comfortable clothing.

Can I bring my camera?
Yes, there are plenty of great photo opportunities.

What’s included in my experience?
Ships of the Sea Museum, founded in 1966, exhibits ship models, paintings and maritime antiques, principally from the great era of Atlantic trade during the 18th and 19th centuries.

Can I bring my own food/beverages?
Please, no food or drink.
Back to Top