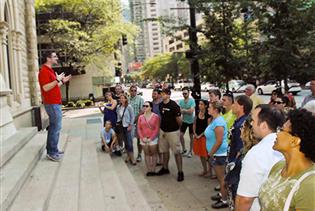 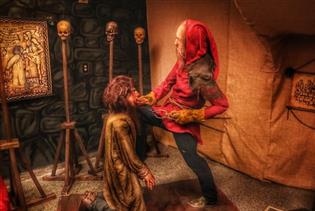 Discover the largest interactive historical museum in the U.S at Medieval Torture Museum Chicago. Guests will explore some of the world's most elaborate torture devices, instruments, and execution collections. This interactive museum is not for the faint of heart. Do you have the courage to endure a visit to this unique exhibit?

from Ashley, one of our Chicago Travel Experts
Read More

Our exhibit is a unique presentation that combines academic research with the contradictive, emotionally repulsive draw of time in history when torture and torment were commonplace.

The collection targets our most primal emotional response - fear. The film industry spends millions of dollars on horror films, tapping into that most basic response and our desire to know it more intimately without actually having to be afraid.

The "Medieval Torture Museum" reminds us just how much suffering humanity can inflict in the name of cause and justice when the right tools are placed in the hands of fanatics, madmen, and tyrants.

Based on historical documents and engravings, we have amassed an unprecedented collection of cruelty, re-creating the atmosphere that prevailed throughout most of the Middle Ages. For several years, a team of scientists, historians, decorators, and sculptors have worked on creating a unique, holistic concept consisting of several hundred pieces, exhibits united in individually-themed scenes. To enhance the effect, ambient sound and human mannequins are used, made with the utmost realism, making them hard to distinguish from real people.

The exhibit fills more than 6000 sq. ft. Spend an hour here, and you will better know the nature of fear. Are you brave enough?
Read More 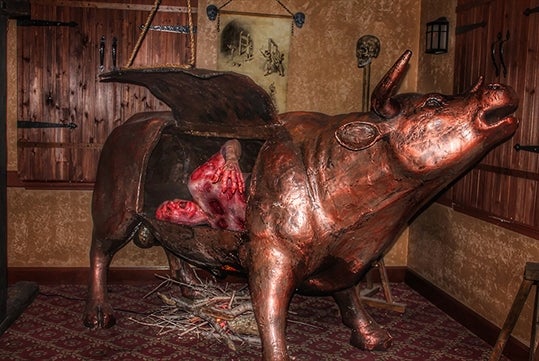 Have you been to Medieval Torture Museum Chicago? Share your knowledge and be the first to review this.
Write a Review
Back to Top

Is this museum appropriate for children?

Due to the context of the exhibits, the museum is only for adults 18 years and over.

Where is the museum located?

How long does it take to complete the museum?

Guests spend anywhere from an hour to two hours exploring the museum.

What are the hours of operation?