SeaWorld Orlando Animals: A Complete Guide to the Marine Park

Face-to-face encounters with friendly Beluga whales, a glimpse of baby bottlenose dolphins playing with their mothers, and a once-in-a-lifetime experience feeding sharks.

That's what a day at SeaWorld Orlando's marine park looks like! Spend time interacting with remarkable marine creatures and learn about your favorite sea, ocean, and water animals. Follow along with our complete guide to the marine park's animals and discover the incredible beings you can find at SeaWorld Orlando.

What does a dolphin ask when he doesn't understand? It asks, "Can you be more Pacific?" Kidding aside, bottlenose dolphins are easy to love! We're head over heels with these charming sea creatures.

If you're like us, the first place you'll visit at SeaWorld Orlando's marine park is Dolphin Cove! It's one of the largest interactive dolphin pools in the world. Watch them, touch them, and get a chance to play with them if you book the Dolphin Encounter or the Dolphin Up-Close Tour.

It's not every day that you get to see a baby dolphin up close, but now is your chance to see one! The Dolphin Nursery is home to mother dolphins and their calves. Watch the dolphin calves getting fed, playing around, and communicating with their moms through clicks and vocalizations. 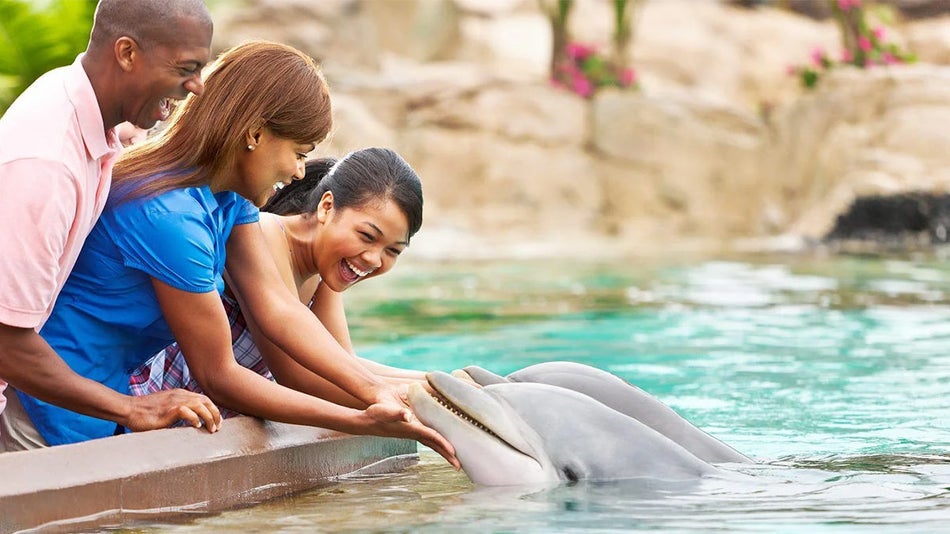 Beluga whales are one of the smallest species of whale. But what they lack in size, they make up for in personality! These beautiful mammals will wow you with their amiable and social disposition.

SeaWorld Orlando's Beluga Up-close Tour takes you backstage, where you can appreciate their distinctive all-white color and prominent foreheads. Touch, feed, and socialize face-to-face with these amiable arctic animals.

Looking for a guide to help you prepare like a pro for your day at the park? Check out our Insider's Guide to SeaWorld Orlando.

Whether you prefer to call them dog mermaids, sea puppies, or dogs of the ocean, we agree that seals are just as adorable as our four-legged canines! Harbor seals, in particular, can be seen at SeaWorld Orlando's marine park.

These adorable half-mermaid half-dog creatures spend half their time on land resting, playing, and raising their young. At the marine park, you'll get to watch them both on land and water. 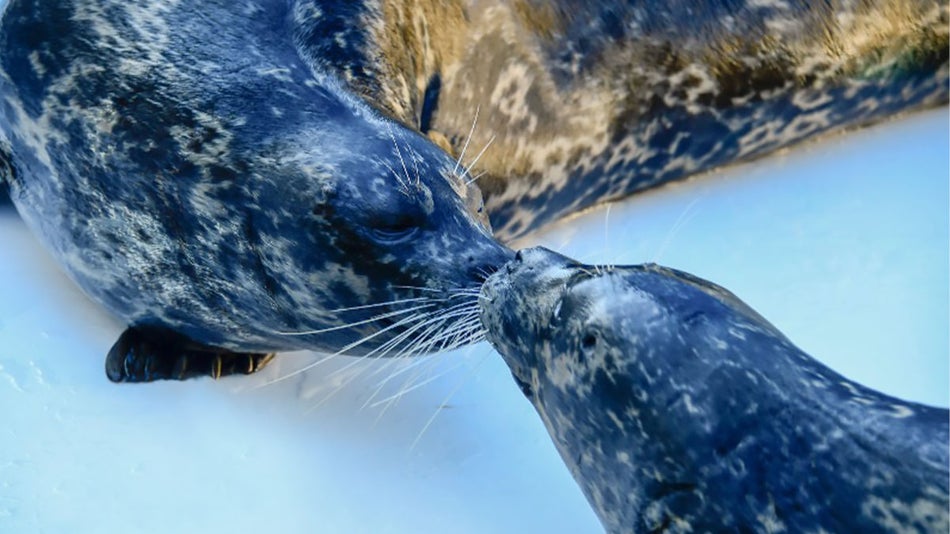 Jewel of the Sea Aquarium

Did you know that there are over 33,000 known species of fish? At Jewel of the Sea Aquarium, you'll see hundreds of them–from otherworldly jellyfish illuminated by an interactive backlight to well-loved characters you'll recognize from Finding Nemo.

The aquarium's floor-to-ceiling plexiglass makes you feel like you're walking among the sea creatures. Technically, you are! It's a walk-through exhibit surrounded by colorful coral reefs and wild tropical fish populations.

When you catch a glimpse of a black-and-white figure swimming gracefully in the ocean, you just know it's a killer whale!

Orcas are some of the most recognizable dolphin species in the world. Although they're called killer whales, these intelligent and fascinating animals are known for bonding well with humans. So if you've ever dreamed of meeting a killer whale, get a once-in-a-lifetime Orca up-close tour on your next visit to SeaWorld Orlando! 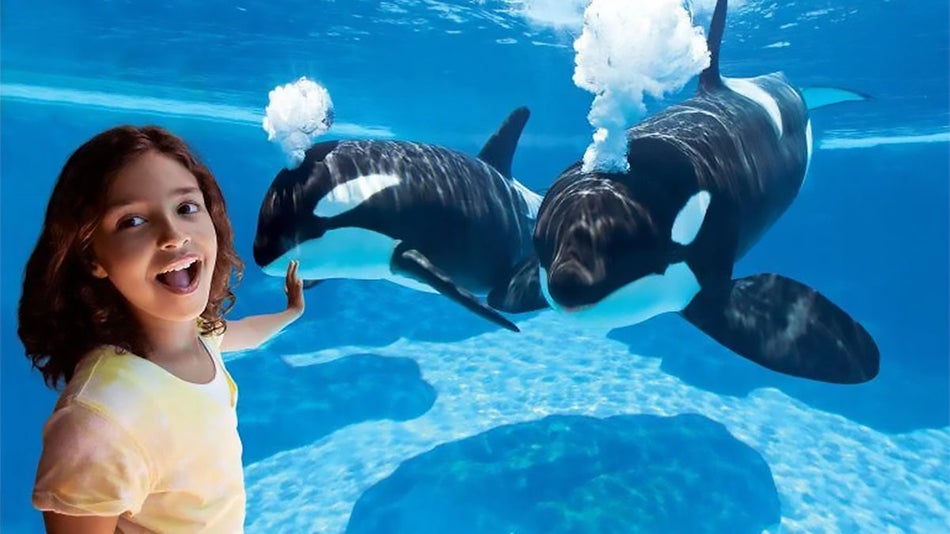 There's a reason why manatees are called sea cows. They are voracious grazers. When they're not swimming up to breathe air at the surface, manatees eat water grasses, weeds, and algae–lots of them!

The population of these graceful and adorable swimmers has dwindled in the past century. Thankfully, initiatives like the SeaWorld Rescue provides sanctuaries for these gentle giants. Recently, SeaWorld Orlando expanded the marine park's manatee care space to make room for more rescues.

Get a chance to tour SeaWorld Rescue and learn how SeaWorld rescues and cares for these animals. 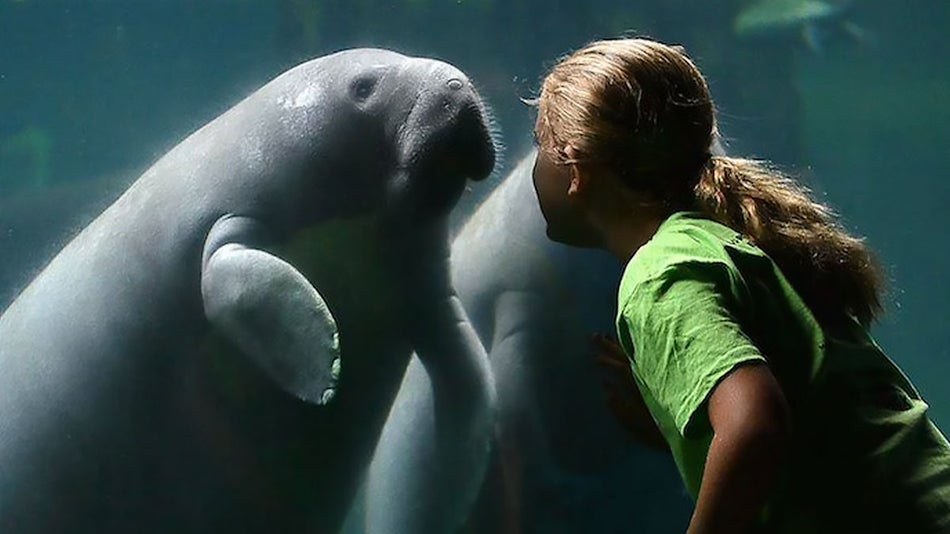 The word 'manta' means 'blanket' or 'cloak' in Spanish, so it's pretty easy to see why Manta rays are named as is. Their large, flat, and diamond-shaped bodies are a sight to behold. At SeaWorld Orlando's Manta Aquarium, you get to see them cruise the waters through a 360-degree pop-up aquarium.

Manta rays have the largest brain-to-body weight ratio, which gives them enough smarts to make the average dolphin jealous! Be a spectator to the many ways that these smart cookies catch their prey and make mischief all around.

Don't forget to pay a visit to the Stingray Lagoon! Stingrays are related to Manta rays, except the former has a "stinger" or a barb that they use to stun their prey. At the Lagoon, reach your hand just below the surface to feel the velvety skin of these stunning creatures.

Watching penguins waddle around in person will put a smile on your face.

Explore the habitat of Antarctica: Empire of the Penguin, where you can see five species of penguins. Observe these adorable, funny creatures paddling their webbed feet and playing with other penguins. They have strong appetites too, so there are multiple opportunities within a day for you to witness feeding sessions! 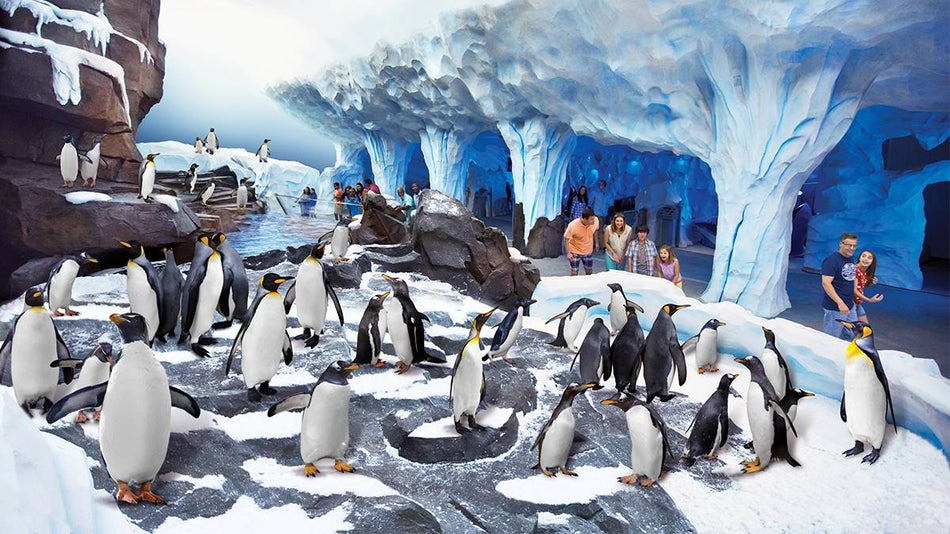 Is there anything more adorable than a sea lion?

Sea lions are known for their playful behavior and habit of lazily basking in the afternoon sun. At the Pacific Point Preserve, you get to watch these California comedians swim and play among the waves.

Get closer to these famously fun animals with a Sea Lions Up-Close Tour. Meet one of the stars of the Sea Lion High show and grab an exclusive photo opportunity. If you want, you could seal it with a kiss!

To the Hawaiian people, sea turtles, or "Honu," are sacred creatures. Baby sea turtles hatch on a beach and have to fend for themselves on a mad dash to open waters. However, those that survive into adulthood can live up to 100 years or more!

They're not often seen on land, but SeaWorld Orlando's Turtle Trek gives you an opportunity to observe sea turtles in person. Find out what it's like to "be a turtle" while you learn about the incredible journeys that these brave animals face throughout their lives.

Have you ever wondered what interesting things the mighty, mysterious sharks do all day? Go behind the scenes with SeaWorld Orlando's animal experts to learn fascinating and fun facts that may surprise you.

The Shark Encounter Up-Close Tour welcomes you to peer down into a 700,000-gallon aquarium where fascinating shark species dwell. Then, touch a small shark and feed even more in the shark shallows. 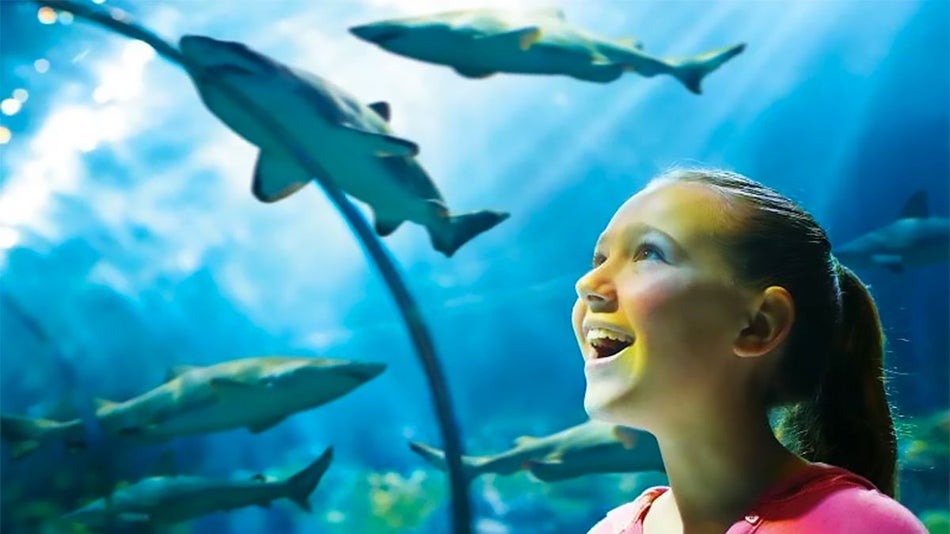 Do You Have Your Tickets to See the SeaWorld Orlando Animals?

The deep oceans are teeming with an abundance of life. SeaWorld in Orlando does its part to educate visitors about marine life while rescuing and caring for all the wonderful sea creatures we've come to love.

Tripster also offers SeaWorld Orlando Vacation Packages so you can save up on the hotel, park tickets, and bundles. The SeaWorld + Busch Gardens Package is a crowd favorite for families with kids. Can't get enough aquatic adventure? Grab Aquatica Orlando tickets or Discovery Cove tickets for the most immersive marine experience in Central Florida.

SeaWorld Parks & Entertainment is a full-day affair. Between the animal attractions at the vast marine park, heart-stopping roller coaster rides, and the riveting world of Sesame Street Land, everyone is bound to enjoy a most memorable SeaWorld Orlando trip!

Have You Been to SeaWorld Orlando?

Which animal is your favorite? Which are you most excited to see?