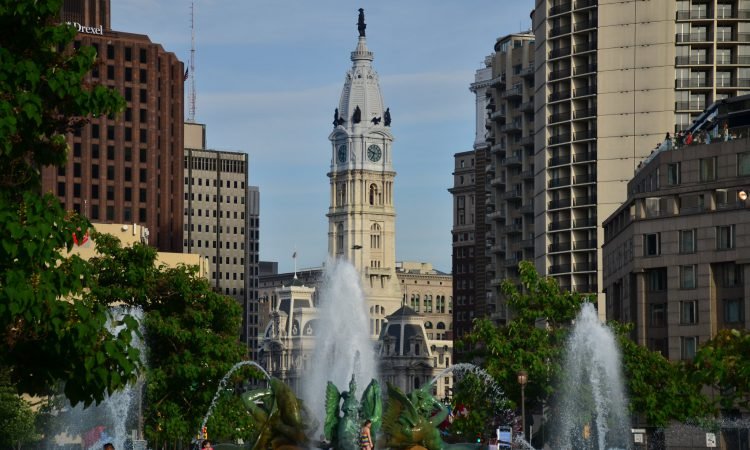 Known for its vibrant history, Philadelphia hosts numerous significant historical sites related to the Founding Fathers such as the Liberty Bell, Independence Hall, and Carpenter’s Historic Hall. Furthermore, many of these sites are free to the public.

With so much to see, it can feel overwhelming. That’s why we’ve compiled an extensive list of Philadelphia historic sites and how to best visit them.

Although we all know the beloved seamstress’ history, the Betsy Ross House displays a well-preserved time capsule of her life and life in 18th century America overall. Visitors can tour the house and learn more about her role in America’s history through this highly interactive exhibit, complete with an optional audio tour. Guests can also meet “Betsy” in her upholstery shop and learn first-hand how Ross applied 18th century tools.

In addition, the museum offers special exhibits and discounts for groups, so be sure to check out the museum’s calendar for updates.

Guests can tour the room where the Declaration of Independence and the Constitution were both signed at the historic Independence Hall. Visitors can make reservations in advance online or via phone. In addition, guests can go to the Independence Visitor’s Center for a limited number of free tickets with specific entry times. Be warned that it is an incredibly popular attraction. Also, visitors will need to pass through a security checkpoint and should do so 30 minutes prior to the set tour time.

The Free Quaker Meetinghouse dates back to 1783 when a group of non-conforming Quakers claimed to be “Free” from the ways of the pacifist Quakers during the American Revolution. They met at the meetinghouse as a place of worship and convention to discuss supporting war-time efforts. Fun fact: Betsy Ross was a prominent member.

Admission is free and no tickets are required to tour.

Once serving as the Pennsylvania State House bell, the Liberty Bell known stands as a symbol for freedom and civil rights in Independence Hall. Dating back to 1755, the bell did not become a symbol of freedom until the 1830s. Learn about the famous crack and how it traveled across the U.S. after the Civil War as you gaze at a living piece of American history. The Liberty Bell Center is free and open to the public.

Explore Philadelphia’s and the U.S.’ first city hall space. Beginning in 1791, the courtroom served state and federal needs with the Supreme Court making its initial decisions here until 1800. More of the decor is from that time period, although it was not used within that room. Admission is free to the public.

This highly interactive center features unique artifacts, including an original copy of the first public printing of the Constitution, hands-on activities, films, photographs, and more. For instance, guests can wander through Signer’s Hall to see life-size, bronze statues of the Founding Fathers as well as view an innovative journey of American history via the Freedom Rising theatrical production. Get tickets and learn more about the National Constitution Center at their website.

The Eastern State Penitentiary was proposed by Benjamin Franklin with the intention of helping prisoners seek penitence by isolating them. Serving as the world’s first formal penitentiary, its walls held many notorious prisoners such as Al Capone and “Slick Willie” Sutton. Now, it stands as a crumbling, creepy structure with interactive exhibits, art installations, and displays, as well as an audio tour narrated by actor Steve Buscemi.

Hosting a magnificent collection of historical and scientific artifacts and records, the American Philosophical Society Museum is a must-see historical destination. The society was founded by Benjamin Franklin in 1743 to promote knowledge. The Philosophical Hall was built in the late 18th century, and the museum contains nearly one million photographs, instruments, paintings, manuscripts, recordings, and more. Past exhibitions have showcased artifacts such as Thomas Jefferson’s draft of the Declaration of Independence. Exhibitions are open to the public Thursday through Sunday from mid-April through December.

Considered the oldest thriving botanical garden in the United States, Bartram’s Garden is a 45-acre park enclosing a wide range of various species of North American plants. The garden dates back to 1728 when John Bartram bought the land from Swedish settlers and began to collect plant species from his domestic travels. These living collections are still flourishing and can be enjoyed by the public for free. In addition, the local community has established the Sankofa Community Farm to promote community health and engagement.

Due to urban overcrowding, 18th century landowners Arthur Wells and John Gilbert decided to combine their properties and open a cart pathway in 1706. Named after silversmith Jeremiah Elfreth, Elfreth’s Alley is known as the oldest national residential street. Preservation efforts began in the 1930s so that visitors can gain a glimpse into 17th and 18th century architecture. Guests can visit the Museum House and take guided tours of the Alley.

Secured by American troops, Fort Mifflin played a critical role in enabling Washington and his troops to cross the Delaware River to Valley Forge during the Revolutionary War by holding off the British Navy. Afterward, the fort was used in the Civil War, WWI, and WWII as a military prison and then ammunition depot. This fort can be toured and even used for special events. Also, the fort hosts education programs and events, and for the daring, visitors can join guides for a paranormal tour.

Prolific American gothic writer Edgar Allen Poe, his wife, Virginia, and her mother, Maria Clemm, lived in this historic three-story red brick home in 1843 before moving to New York. In this residence, he wrote The Black Cat and struggled with issues such as family illness and poverty. The historic site contains exhibits on Poe’s family and his literary peers, and admission is free to the public.

Opened in 1877, the Wanamaker Building was America’s first department store, as well as the first store to use electrical lighting, the pneumatic tube system for transactions, and price tags. Now, the building holds multiple retailers including a three story Macy’s. The building also contains the largest playing organ in the world, the Wanamaker Organ, which was formerly known as the St. Louis World’s Fair pipe organ. This 114-year-old organ is played twice a day, every day except on Sunday. Housed in Macy’s, visitors can hear the grand organ music fill up the halls, which is particularly special during the annual holiday light show.

Once the home of George Washington, John Adams, and their slaves (during the respective presidencies), this open-air structure on the grounds of the house serves as a place of reflection for the contradiction of American ideals and the brutal history and legacy of slavery. Located steps away from the Liberty Bell, the commemorative site contains original artifacts as well as sobering timelines and video clips.

Originally known as Southeast Square, it was later renamed in honor of George Washington. During the 18th century, the square served as a meeting place for free and enslaved African Americans, as well as a burial ground for different classes of American citizens and even British soldiers. Among countless pieces of history, George Washington and others observed the flight of the first hot air balloon in North America in 1793. The Square also contains the Tomb of the Unknown Revolutionary War Soldier in memoriam of an unnamed American soldier who was buried there. Moreover, an eternal flame honors all soldiers who fought for American independence.

Just a block away from Independence Hall, Washington Square is free and open to the public 24/7.

Carpenter’s Hall hosted the First Continental Congress in 1774 where the governing body of the American colonies detailed their plights to King George III. It was once also home to several landmark institutions such as the American Philosophical Society, the First and Second Banks of the United States, and Franklin’s Library Company. Preserved by Carpenter Company members made of architects, engineers, and builders, Carpenter’s Hall has a rich history of over 300 years.

Guests can tour the building to view the display featuring the original Speaker of the First Continental Congress’ chair, paintings of George Washington and Matthew McGlathery, and more. The space is free to the public daily from 10 am to 4 pm except on Mondays. Check their calendar for other closure dates.

The Wagner Free Institute of Science was built in 1855 and stands as a preserved Victorian science museum. Constructed to freely educate the public, the museum contains three stories of an impressive collection of natural specimens, including the First American saber-toothed tiger. Stroll through the Victorian museum in the same manner residents in Philadelphia once did in the 19th century for a unique experience. Although it’s still free, donations are strongly encouraged, and guided tours for an associated fee are available.

19) First and Second Banks of the United States

Secretary of the Treasury Alexander Hamilton proposed establishing a national bank controlled by the federal government to help alleviate debt due to the Revolutionary War and a lack of commercial infrastructure. Thomas Jefferson opposed the idea, but the charter for the Bank of the United States, or the First Bank, eventually got the green light in 1791 and was housed at Carpenter’s Hall. It later moved to its new location on South Third Street. In 1816, James Madison established the Second Bank of the United States after the First Bank’s charter was not renewed.

The First Bank building now contains offices that are not open to the public; however, guests are welcome to take photos outside. Furthermore, the Second Bank now houses an impressive portrait gallery. The “People of the Independence” exhibit hosts over 150 portraits of 18th and 18th century leaders. Additionally, admission to the Second Bank is free to the public and no tickets are required. Check their site for seasonal hours.

History Around Every Corner of the City

With so many historical sites in Philadelphia to check out, which one stands at the top of your list?