New Years Eve Events Orlando: Things to Do and Where to Celebrate

A thrilling New Year’s Eve awaits in this theme park haven, perfect for both kids and adults!

The young and young at heart will have no trouble finding a celebration suited to them on New Year’s Eve in Orlando. Orlando theme parks show off with special parties and fireworks shows to add extra excitement. Other attractions and restaurants come to life with festive New Year's Eve Orlando events, too!

From sizzling fireworks to exhilarating rides to delicious food, there’s no shortage of new year magic at this dreamy destination. The City Beautiful is the perfect place to kick off the new year!

Keep reading for our roundup of the best ways to spend New Year’s Eve Orlando!

The magic of Disney World is amplified on New Year’s Eve with a swirl of dreamlike sights and sounds to leave you enchanted as you begin the new year. Take your pick of the parks! EPCOT, Magic Kingdom, and Disney’s Hollywood Studios stay open until midnight, while Animal Kingdom closes at 8 p.m.

Due to the busyness of the Disney parks on this holiday, we recommend choosing your favorite to camp out at all day. Arrive early in the morning to guarantee entrance before the park reaches full capacity. If you're wondering where to celebrate New Year's Eve, this is certainly a popular spot!

Pro Tip: You're more likely to find Orlando New Year's Eve celebrations geared toward adults at Disney Springs. However, we won't blame you if you'd rather stay in the parks and get whisked away by nostalgia!

A night at Disney wouldn’t be complete without mesmerizing fireworks displays. Catch a multicultural phenomenon at the Harmonious show at EPCOT. Or, go on an awe-inspiring journey at Magic Kingdom's Disney Enchantment show. 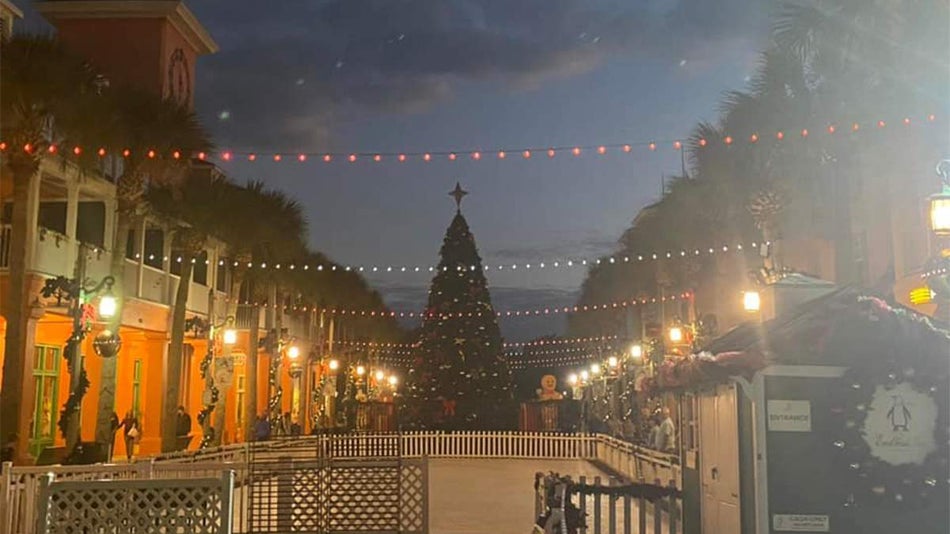 Snow in Florida isn’t something you see every day, but the Now Snowing event at Celebration Town Center makes the impossible possible.

Catch a snowfall at the top of every hour from 6 p.m. to 9 p.m. to experience a winter wonderland in the middle of the Sunshine State heat! Hop on a horse-drawn carriage or glide across the ice at the skating rink for a night like no other. The last night of this season-long event is New Year’s Eve, so don’t miss it! 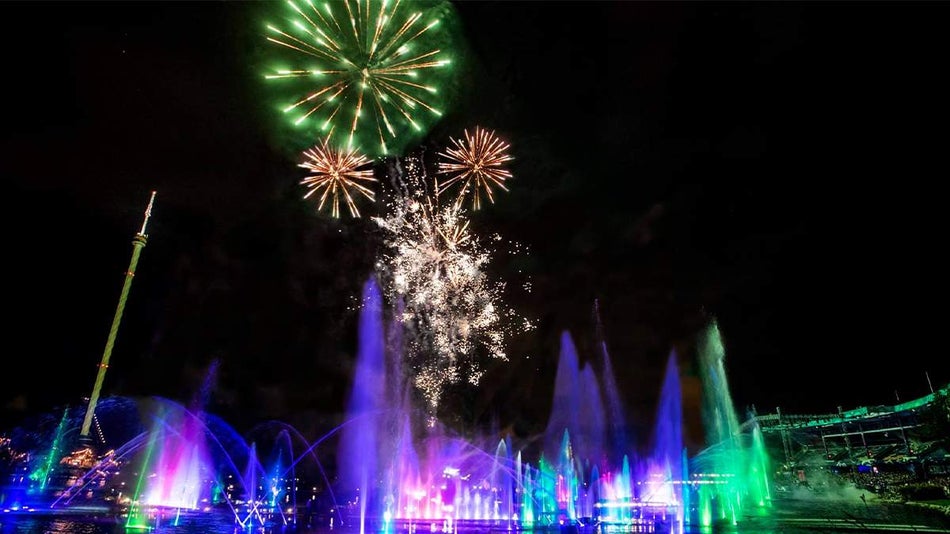 Splash into the new year with riveting rides and marine life mania at SeaWorld! A grand midnight fireworks show can be seen from multiple viewing points throughout the park.

We recommend the Shark Underwater Grill New Year’s Eve dinner for a truly unique experience. It includes a three-course meal and reserved seating to watch the fireworks!

For a bird’s eye view of the new year, visit The Wheel. This International Drive attraction will take you 400 feet in the air for a breathtaking view of Orlando! It’s open until 11 p.m. on New Year’s in Orlando.

Grab tickets today so you can end the year on a high note!

Related Post: The Most Festive Things to Do in Orlando During Christmas 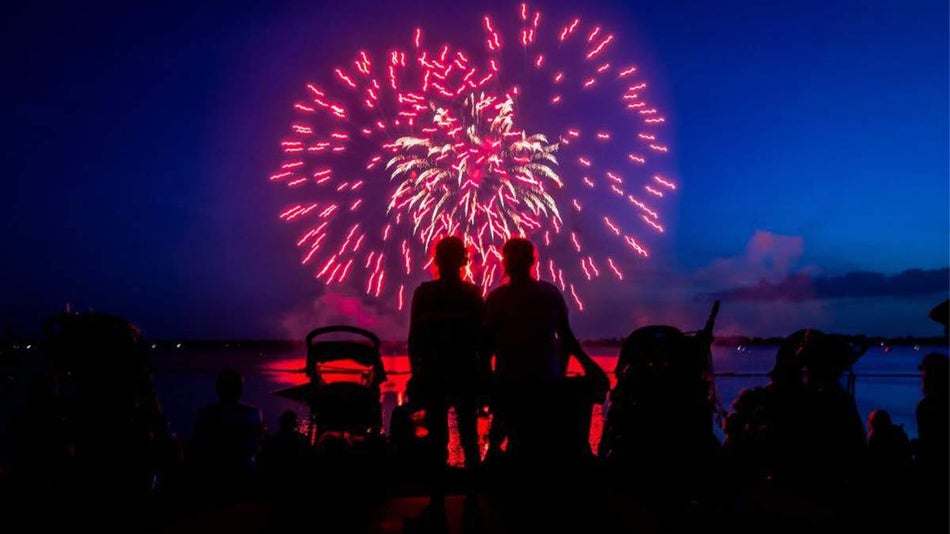 It's no secret that LEGOLAND Florida knows how to go all out for New Year’s Eve! If you're wondering where to celebrate NYE with the littles, this is a great choice.

The park hosts a party just for the kiddos, complete with dancing and fireworks. These aren’t your typical fireworks, though. Put on special viewing glasses to watch the sky burst into LEGO bricks! The fireworks show takes place at 8 p.m. so the kids can celebrate and get to bed on time. 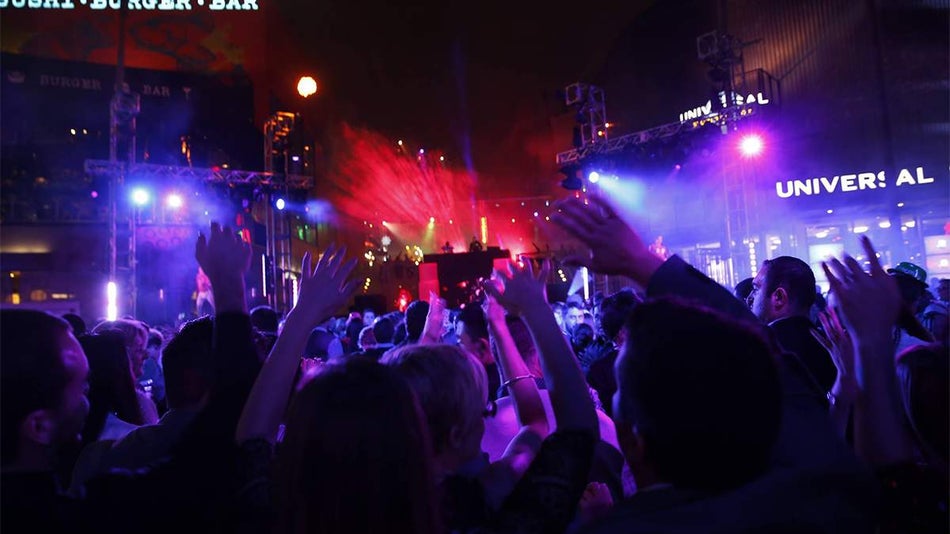 The holiday festivities begin in the evening, including live music and a selection of food and drinks to purchase. The finale is a countdown and fireworks display!

Photo Alert: Come prepared to strike a pose at one of the many photo ops sprinkled throughout the park. 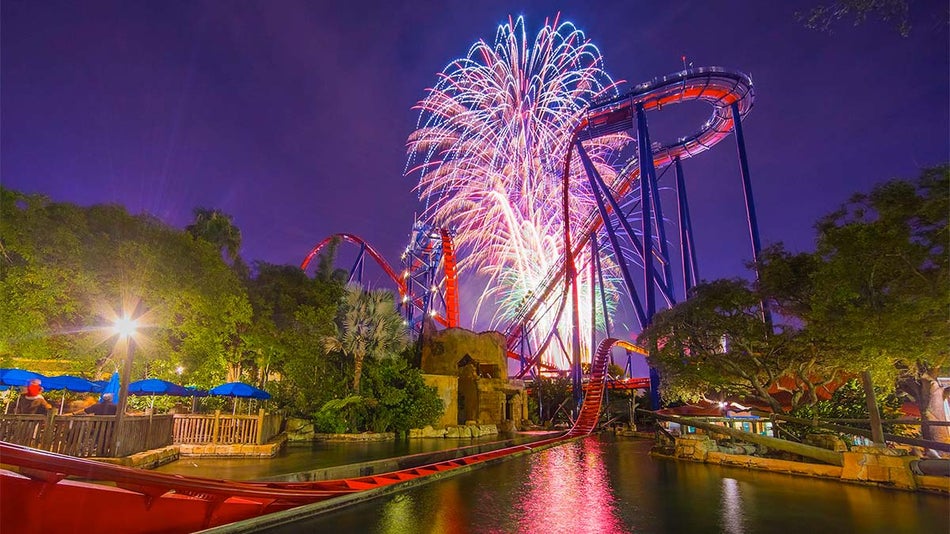 Millions of lights brighten up the night at Busch Gardens Christmas Town. Take in the sights and thrills of the park during the day, then ring in the new year with a spectacular fireworks show.

The show is set to a fantastic New Year’s Eve soundtrack to start the new year on the right foot!

You’ll be shouting, “Fantastico!” when you begin your night with dinner and drinks at Cuba Libre. The after-dinner party is complete with a live DJ, dancing, party favors, and balloon drop.

Watch the Times Square ball drop on a big screen that's the next best thing to actually being there.

Be sure to save room for dessert! Indulge in a traditional Cuban dessert of vanilla custard, dulce de leche, whipped cream, and a vanilla cookie. Or, opt for churros con chocolate if you're a chocolate lover!

Raise the roof at Universal's Aventura Hotel this New Year’s Eve… or, just stand on it! This rooftop party includes delicious food and drinks with a view. Take in Orlando’s skyline and fireworks from one of the best seats in the city!

Pro Tip: The Thornton Park Street Party was a hit last year. Unfortunately, the party will not go on this year. Choose from the selection of other great parties to celebrate 2023!

Orlando New Year's fireworks are a classic way to usher in a shiny new year. Watch with glowing eyes as bursts of light explode across the sky!

To begin your year with a crackle and  a bang, here’s where you can catch some of the best fireworks shows in and around Orlando on New Year’s Eve: 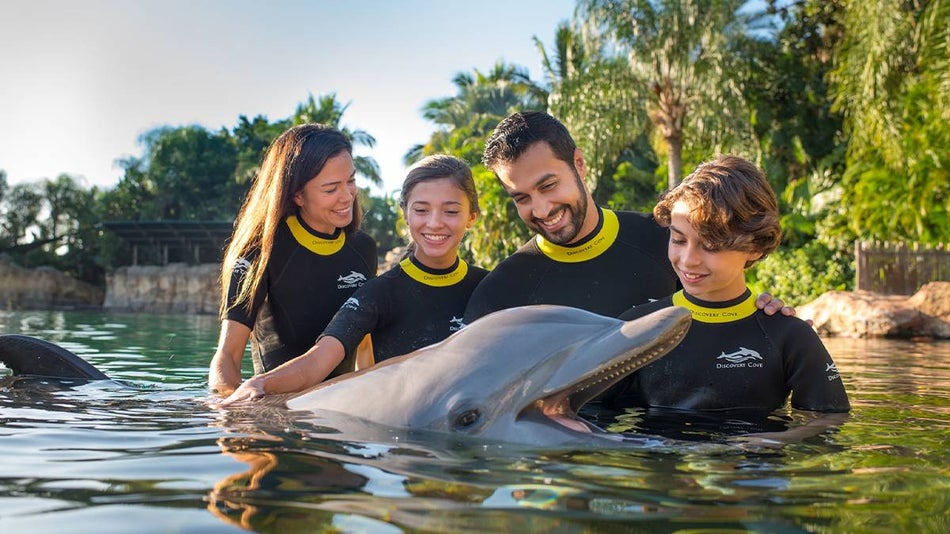 It’s a given that Orlando is filled with great theme parks as mentioned above. However, if you’re looking for other things to do, there are plenty of options. Book your tickets with us for the best rates!

If you’re searching for a little mystery or a chance to get into nature, check out these options:

Pro Tip: If you're on the hunt for things to do on New Year's Day, these are also some great picks! The fun doesn't have to end after your New Year party.

The Best Eats on New Year’s Eve in Orlando

A fun-filled day of activities and parties wouldn’t be complete without some tasty noms! When you’re looking to chow down on New Year’s Eve in Orlando, keep these choices in mind.

Don’t forget to call ahead to check for schedule changes and see if you need reservations. These top spots are bound to be hopping on a holiday night!

Additionally, if you're looking for New Year's Day things to do, we suggest dining at one of these delectable restaurants. 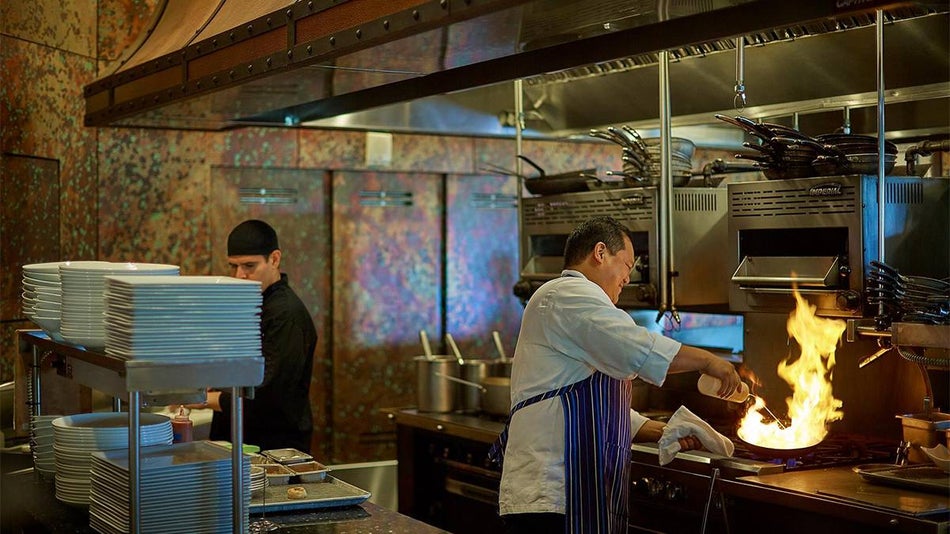 A special New Year’s Eve meal is waiting for you at deep blu Seafood Grille.

Find a seven-course chef’s tasting dinner at The Osprey.

Make a reservation at The H Orlando.

The executive chef at Luke’s Kitchen & Bar has you covered.

Offering four-course and five-course dining options during two different seatings on New Year’s Eve, Tapa Toro is the place to be.

How Will You Spend New Year’s Eve Orlando?

This popular destination is a crowded hot spot on New Year’s Eve that you won’t want to miss out on! Join other revelers for a night of parties, events, and attractions you’ll be talking about for years to come. There are plenty of things to do for New Year's Eve in the Theme Park Capital of the World!

Related Post: Orlando on a Budget: How to Visit Without Breaking the Bank

When you’re done living it up for the night at New Year's festivals and events, you’ll need a place to crash. Book your hotel with Tripster so you can combine it with attraction tickets for the best deals!

How are you going to kick off the new year in Orlando? Let us know in the comments!

What fun New Year's Eve events in Orlando did we miss? Share in the comments below!