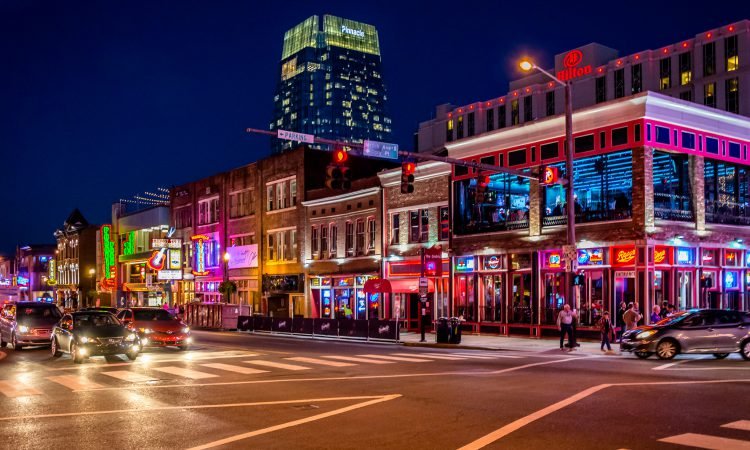 When planning a vacation, several factors come into play to determine the best time to visit your destination. Whether it’s looking for flight and hotel deals or optimal weather, it can be tricky to narrow down the perfect season. Traveling to a city like Nashville doesn’t have to be costly though. You can enjoy Music City on a budget depending on the times you travel and which activities are a priority to you. Follow this guide to plan your trip to Nashville on a budget.

When to Visit Nashville

If you’re looking to stroll downtown Nashville in great weather, visiting in April through October is your best bet. During the spring and fall months, high average temperatures sit in the 70s, while the summer brings the southern heat into the 90s. Note that Tennessee sees a fair amount of unpredictable rain, so pack accordingly.

How to Save on Hotels & Flights

Trying to save on hotels and flights? November through March is the off season, so you should be able to find better deals (unless you’re visiting during the holidays). The weather will be fairly cold, but you’ll beat the summer crowds and more costly hotel prices. Save even more by booking through Tripster Nashville to get exclusive deals.

Further, you can cut costs depending on where you stay. In general, downtown Nashville can be more expensive. You can find find great deals near the airport as well as in several neighborhoods including:

We suggest looking for a hotel with a free shuttle option to avoid excessive parking fees.

Save up to 54% on attractions and tours through the Music City Total Access Pass. For just $75, guests can visit four of 34 listed attractions as well as The Parthenon and the Tennessee Sports Hall of Fame for free. You can also receive discounted tickets to the Gray Line of Tennessee Sightseeing Tour as well as the Music City Shop or Music City Marketplace. On top of that, the pass is valid for one year after purchase.

Eating in Nashville on a Budget

In Nashville, you can find amazing dining options from casual and traditional to adventurous and high-end. Whatever you’re in the mood for, you can find fresh, delicious meals from iconic institutions such as Hattie B’s Hot Chicken. For instance, at Hattie’s, you can dine on two pieces of chicken and two sides for less than $10.

You can also score great deals on food at the following eateries:

Moreover, if you’re also on a budget, there are still plenty of choices available. Try sampling upscale menus during lunch hours or happy hour rather than paying dinner prices. It’s worth the research beforehand to save.

How to Save on Transportation

Take advantage of Nashville’s free bus service, Nashville Music City Circuit. The bus makes stops at popular downtown spots such as the Ryman Auditorium, the Frist Museum, the Symphony Center, and many hotels. The bus takes a full loop around downtown, so why not hop on to save on destinations you want to visit anyway? The bus service runs from 6:30 am to 11 pm on weekdays and from 11 am to 11 pm on weekends.

Additionally, the Old Town Trolley Tour enables guests to hop on and off at their own leisure. This two-hour narrated tour includes 15 optional trolley stops at destinations such as Lower Broadway, Vanderbilt University, and the Ryman Auditorium.

Free and Cheaper Things to Do in Nashville

Traveling around Nashville doesn’t have to be expensive. In fact, there are numerous free things to do around the city.

Nashville’s parks are beautiful and provide respite in the urban landscape. You can even go on night hikes offered by parks such as the Warner Park Nature Center, Owl’s Hill Nature Sanctuary, and Bells Bend Nature Park.

There are multiple museums in Nashville that are low-cost or free to the public. For instance, the Tennessee State Museum and the Parthenon are great choices:

The Tennessee State Museum’s mission is to preserve Tennessee culture and heritage through its permanent and rotating exhibitions. Free to the public, the museum’s collection includes artwork, furniture, photographs, textiles, and more memorabilia dating back to prehistoric times. For an evening visit, go on Thursdays, as it’s open until 8 pm.

Also, the Parthenon hosts a permanent collection of 63 19th and 20th century American painted works as well as temporary exhibits and shows. The Parthenon is open every day except on Mondays and costs $4-6.

The Tennessee State Capitol Building offers free guided tours of the historic building and its surrounding grounds. Opened in 1859, the preserved structure stands today as it did then. Also, parking is free in state employee parking lots around the building on the weekends.

Nashville’s nickname is “Music City” for a reason. No matter where you venture to, you’ll find live music somewhere. What’s great about the Broadway District is that many of the honky tonk bars lining the street don’t have cover charges. If you’re looking for free live music, it’s quite easy to walk into most bars without flushing cash.

In addition, Nashville hosts the Lightning 100’s Live on the Green Music Festival during late August into early September. The festival is free in the city’s Public Square Park and hosts a variety of top-performing bands representing different genres.

Founded in the 1800s, the year-round Nashville Farmers’ Market is home to fresh food vendors, retailers, artisans, nonprofits, and small businesses. There is even an international food hall and areas with cooking classes and demonstrations. The market is open from 8 am to 8 pm every day, and parking is free for two hours.

Additionally, the Nashville Flea Market takes place at The Fairgrounds at the end of each month. There are endless vendor tents to sift through, so you’re bound to find a treasure or two. Parking costs $5.

Also, sports fans have multiple options for catching a game or practice. Baseball lovers can check out the Nashville Sounds play at First Tennessee Park for $10. Also, this minor-league team has different themed nights throughout the baseball season as well as special events and promotions.

Furthermore, visitors can watch the Nashville Predators practice for free at the Centennial Sportsplex or see the Tennessee Titans prepare for football season at the Nissan Stadium.

Nashville’s art culture is extensive, and you can find murals around the city to view for free. There are many photo opportunities in Germantown, the Gulch, and on Jefferson Street.

Planning a Visit to Nashville on a Budget

With so much to do on the cheaper end, there is no excuse to skip a trip to Nashville. Which sites will you see first?