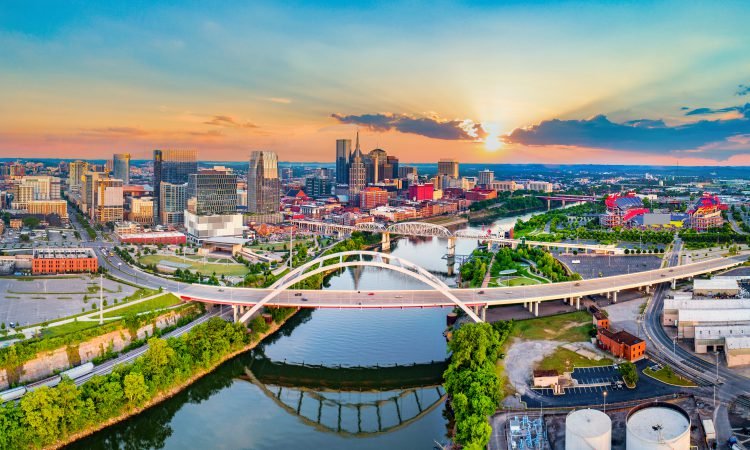 Visiting Nashville doesn’t have to be costly. In fact, there are plenty of cheap things to do in Nashville for you and your family to enjoy. Some activities are even free! From scenic parks and architecture to live music and sports games, you won’t be bored. Read on to discover how to save during your trip.

Nashville’s parks are beautiful and provide respite in the urban landscape. You can even go on night hikes offered by parks such as the Warner Park Nature Center, Owl’s Hill Nature Sanctuary, and Bells Bend Nature Park.

Visitors can get a taste of Tennessee’s history with this lasting monument to Tennessee’s Bicentennial Celebration, which was held on June 1, 1996. The mall encompasses eleven acres where park visitors can see a 200-foot grant map of the state, a WWII Memorial, a 95-Bell Carillon, a Pathway of History, and the Rivers of Tennessee Fountains. Additionally, the eleven planters along the Walkway of Counties display native plant species from around the state.

The Tennessee State Capitol Building offers free guided tours of the historic building and its surrounding grounds. Opened in 1859, the preserved structure stands today as it did then. Also, parking is free in state employee parking lots around the building on the weekends.

Nashville’s art culture is extensive, and you can find murals around the city to view for free. There are many photo opportunities in Germantown, the Gulch, and on Jefferson Street.

The Tennessee State Museum’s mission is to preserve Tennessee culture and heritage through its permanent and rotating exhibitions. Free to the public, the museum’s collection includes artwork, furniture, photographs, textiles, and more memorabilia dating back to prehistoric times. For an evening visit, go on Thursdays, as it’s open until 8 pm. 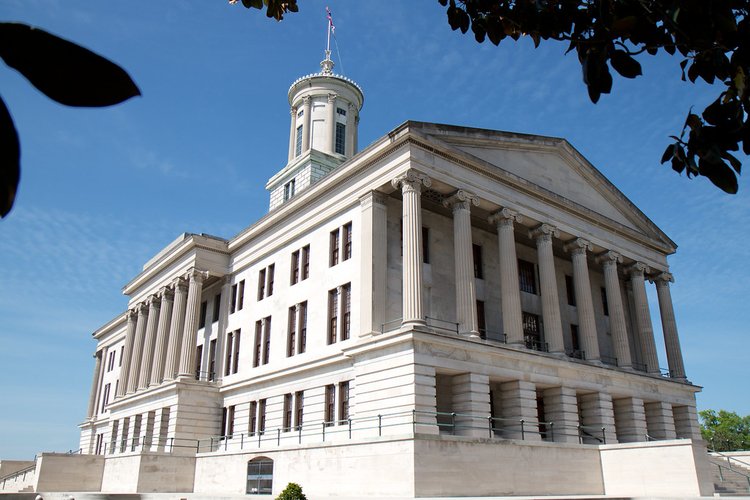 Standing majestically in Centennial Park, The Parthenon and its 42-foot Athena statue are full-scale replicas of the original structures in Athens, Greece as they once stood. Constructed for the 1897 Centennial Exposition, the Parthenon features direct casts of the original sculptures dating back to 438 B.C. Also, the Parthenon hosts a permanent collection of 63 19th and 20th century American painted works as well as temporary exhibits and shows.

One of the top-rated cheap things to do in Nashville, the Parthenon is open every day except on Mondays and costs $4-6.

Nashville’s nickname is “Music City” for a reason. No matter where you venture to, you’ll find live music somewhere. What’s great about the Broadway District is that many of the honky tonk bars lining the street don’t have cover charges. If you’re looking for free live music, it’s quite easy to walk into most bars without flushing cash.

Tootsie’s Orchid Lounge has been bringing down the house since 1960. Named after Hattie Louise “Tootsie” Bess, this orchid-purple honky tonk has seen the talent of Willie Nelson, Kris Kristofferson, and more when they were burgeoning artists. The lounge was also featured in the film Coal Miner’s Daughter.

The Second Fiddle believes in tradition. With a casual but fun honky tonk atmosphere, you can hear live music seven days a week and there’s no cover charge.

The Bluebird Cafe doesn’t look like a meeting ground for acclaimed artists and songwriters, but the 90-seat venue’s history has gained a star-studded reputation. You never know who will show up at the cafe to perform, meet and greet, and work on up-and-coming hit songs.

In addition, Nashville hosts the Lightning 100’s Live on the Green Music Festival during late August into early September. The festival is free in the city’s Public Square Park and hosts a variety of top-performing bands representing different genres.

Founded in the 1800s, the year-round Nashville Farmers’ Market is home to fresh food vendors, retailers, artisans, nonprofits, and small businesses. There is even an international food hall and areas with cooking classes and demonstrations. The market is open from 8 am to 8 pm every day, and parking is free for two hours.

Additionally, the Nashville Flea Market takes place at The Fairgrounds at the end of each month. There are endless vendor tents to sift through, so you’re bound to find a treasure or two. Parking costs $5.

Also, sports fans have multiple options for catching a game or practice. Baseball lovers can check out the Nashville Sounds play at First Tennessee Park for $10. Also, this minor-league team has different themed nights throughout the baseball season as well as special events and promotions.

Furthermore, visitors can watch the Nashville Predators practice for free at the Centennial Sportsplex or see the Tennessee Titans prepare for football season at the Nissan Stadium.

On the first Saturday of every month, visitors can attend gallery receptions and openings downtown. Open to the public, admission is free to the FirstBank First Saturday Art Crawl. See local and international artists’ work and exhibitions displayed along with exclusive exhibitions. Located on Fifth Avenue, many galleries offer free refreshments along with other interactive activities. One of the prime cheap things to do in Nashville, you don’t want to miss out if you’re in town.

Check their calendar for specific dates and times.

11) Walk Across the Pedestrian Bridge

Giving gorgeous views of the city and the Cumberland River, the John Seigenthaler Pedestrian Bridge has been closed to vehicles since 1998. Stroll across the bridge for the scenery and photo opportunities as one of the best cheap things to do in Nashville.

This 19th century estate was built as a summer home for Joseph and Adelicia Acklen, one of the Nashville’s wealthiest couples. Now, the estate serves as a museum in the heart of the Belmont University campus. Any history, architecture, and interior design aficionados will love touring this gorgeous Italian villa. One of the most over-the-top antebellum homes in the South, the estate included elaborate gardens, an art gallery, a bowling alley, and a zoo.

Guests can partake in guided one-hour tours of the mansion seven days a week. Moreover, tours depart every half hour, with the last tour beginning at 3:30 pm. Better yet, a ticket to tour only costs $15.

Take advantage of Nashville’s free bus service, Nashville Music City Circuit. Making stops at popular downtown spots such as the Ryman Auditorium, the Frist Museum, the Symphony Center, and many hotels, you’ll be able to see so many bucket list destinations at once. The bus takes a full loop around downtown, so why not hop on to save on destinations you want to visit anyway?

15) Symphony Under the Stars

Every year throughout June, The Nashville Symphony hosts free community concerts at different locations around the city. Bring a picnic spread, lawn chairs, and blankets, and enjoy an evening of music. 2020 dates to be announced.

The Music City Walk of Fame on Nashville’s Music Mile serves as tribute to artists and collaborators of various genres that have contributed to the music industry with connection to Nashville. Located on Demonbreun Street between 4th and 5th Avenues South, visiting the Walk of Fame is free and open to the public 24/7. Make sure to take lots of pictures!

Considered the largest inland stone fortification built during the Civil War, Fort Negley stood as the center of Union-occupied Nashville. Today, the fort represents wartime trauma, the aftermath of the Battle of Nashville, and the legacy of the Works Progress Administration during the Depression Era.

Visitors can tour this significant piece of Tennessee history with interactive exhibits and two 20-minute videos detailing the 1862 Surender of Nashville as well as the construction of the fort. Further, paved paths with education panels line the way for self-guided walking tours.

Close to Lower Broadway, Fort Negley offers a fantastic view of the city during park hours and visitors can even bring their leashed pets for a stroll. Free to the public, it’s one of the best cheap things to do in Nashville.

Visitors can self-tour tour prestigious Vanderbilt University for free. Of course, prospective students and their families can also register for a campus tour with a student guide that will lead guests across the 330-acre campus. Lasting about an hour and a half, the tour includes a visit to the residential hall, a look at several academic facilities, The Commons Center, and much more.

Enjoy Nashville on a Budget

You don’t have to break the bank to have fun in Music City. Now that you know the top cheap things to do in Nashville, where will you head to first?