The glitz, glam, and celebrity razzle-dazzle – there’s no wax museum like Madame Tussauds Hollywood. With over 125 wax figures of world-famous VIPs that include Arnold Schwarzenegger, Beyoncé, T-Swizzle, and Justin Timberlake, —this A-list party is a must-attend event!

Madame Tussauds Hollywood is a mainstay LA attraction, located on the star-studded Hollywood Walk of Fame, just west of the TCL Chinese Theatre. These figures look so startling real – you'll be doing triple and quadruple takes.

Follow along as we take you through this ultimate celebrity experience.

Visitors can hang out with celebs like Jennifer Aniston and Kylie Jenner or posture with music legends Lady Gaga and Ariana Grande. Meanwhile, the famed museum also takes you back to Hollywood's golden era alongside the gorgeous Marilyn Monroe, Bette Davis, and Elizabeth Taylor.

Fans of the Fast & Furious franchise are in for a treat with one of the greatest action figures of all time, Dwayne "The Rock" Johnson. In Hollywood, Johnson's figure will greet guests setting the scene for the ultimate VIP party. The movie star and entrepreneur figure strikes a shaka power pose in an outfit inspired by Johnson's Hobbs and Shaw press conference look in Beijing.

With Tussaud's amazing tour de force Marvel Universe 4D Cinema, fans will marvel at more than celebrities. Then, guests can fantasize over their own 15 minutes in the spotlight on the set of Jimmy Kimmel Live.

Photo Alert: Ensure that your phone is charged because selfies are required here!

Read on to discover the inner magic and quick tips of what some say is the world's greatest wax museum. 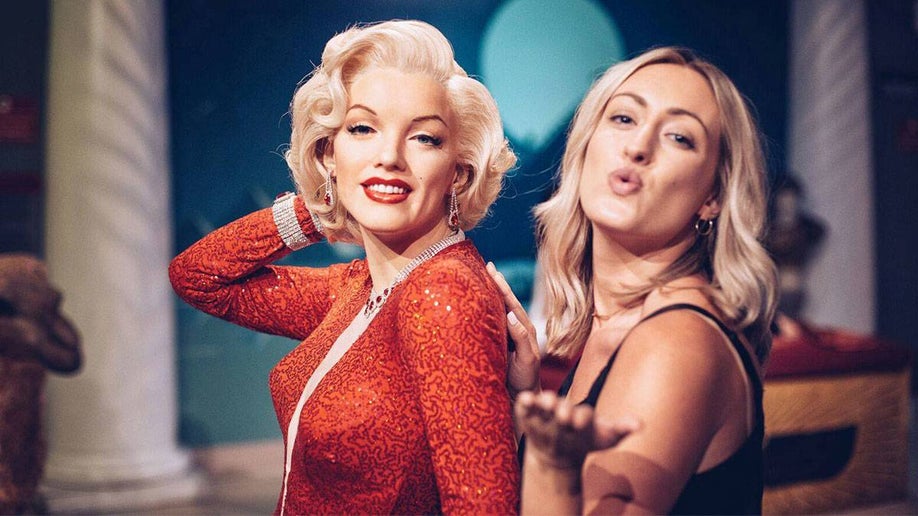 Sculptor Marie Tussauds created her first wax exhibition in London in 1835. It was so well received that Marie's grandsons opened a museum in 1884 and moved it to its permanent location, where it now displays international celebrities. There are currently over 25 museums worldwide and seven in the United States.

The three-story Hollywood Museum was under construction for eight years before finally opening. The museum's biggest figure, "King Kong," sits inside the main lobby. The first wax figures, Beyonce and Jamie Fox, cost approximately $350,000 each.

Jumpstart your Tussauds adventure now by pre-purchasing your museum tickets with Tripster. You'll not only receive the best online rates, but you'll avoid long lines and extra fees.

After securing your tickets from Tripster, you'll receive an email confirmation. You can either show this from your phone when you arrive or print the tickets to bring to the door. 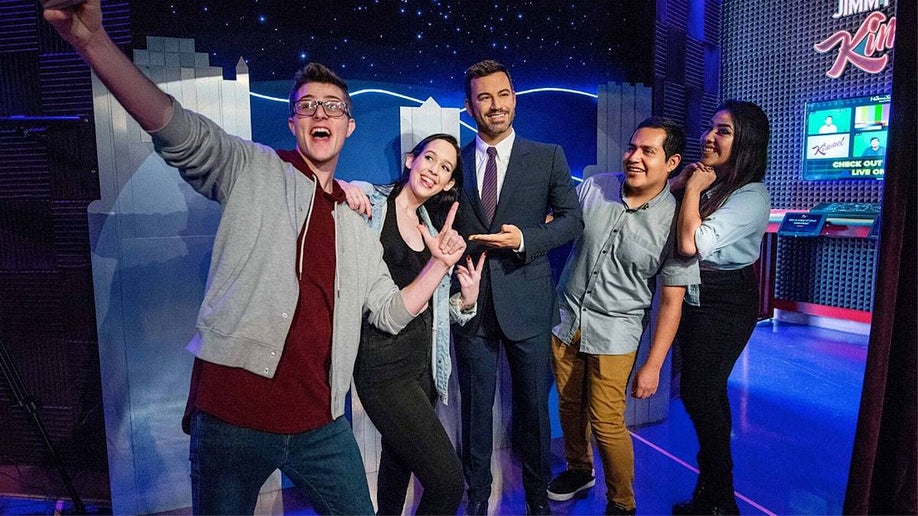 What to Know Before You Go

Here are some quick tips to help make the most of your Tussauds escapade and hopefully save you time better-spent hob-knobbing with the rich and famous.

This replica film set transports guests to the late-night show Jimmy Kimmel Live. Yak it up with the award-winning host while sitting in the hot seat as the star of the show.

Then fans move to the taped "Pedestrian Question" interview area. Finally, the interviewee shares their very own broadcasted segment on the big screen with family and friends.

This exhibit uses the best HTC Vives VR gear and specially designed in-house software to avoid distress or discomfort. Visitors play games standing up to allow the brain and body to work together as they move around the room, searching for items with fellow team members.

Guests must be 12 years old to play in this team-based experience. A minimum of two players is required, and the maximum is four people. Players should wear their glasses. It is not recommended for pregnant women or people with epilepsy.

Whether you get your kicks with old school classics like Bela Lugosi's Dracula, or the paranormal likes of Poltergeist, you can face your fears in this corner of terror. For the most iconic moments of horror from old-time thrillers or today's Scream films—this room will have you checking over your shoulder and running for the door! 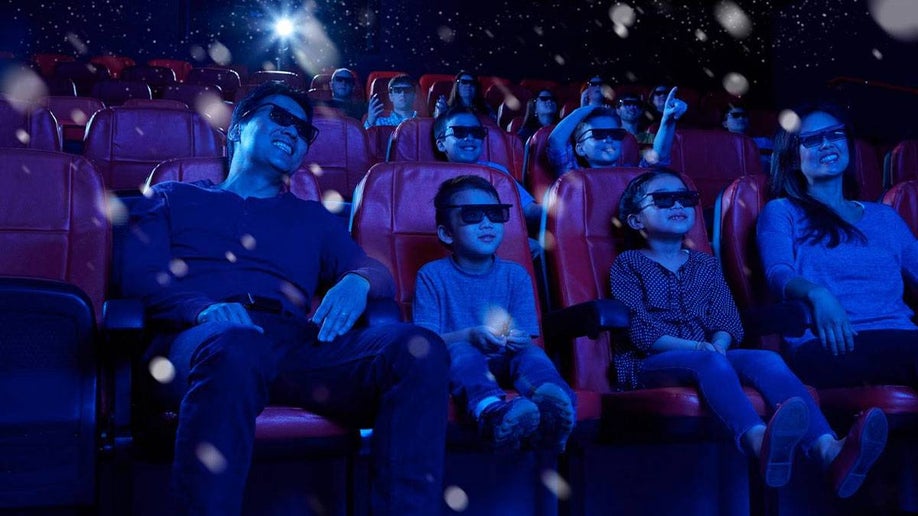 Feel the thunder of a punch, get splashed with surprise super drizzles, and feel mind-blowing special effects.

Then head to the Superhero Marvel Hall to snap a selfie with Thor, Nick Fury, Iron Man, and Captain America.

Here is some other Madame Tussauds Hollywood highlights you can't find at the other wax museums.

Fun Fact: It takes up to six months to create a wax sculpture. Each takes 20 skilled artists who use over 2,400 pounds of wax and take more than 250 precise measurements and photographs. 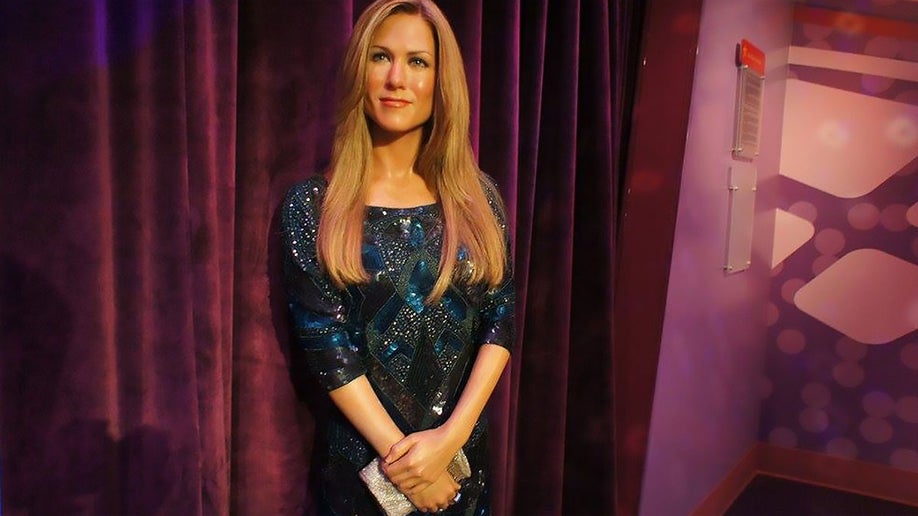 Besides being convenient and close, Hard Rock offers delicious options like its Legendary Burger. This steak burger is made with the highest quality Certified Angus Beef®. The baby back ribs and twisted mac n' cheese are popular options too.

They also feature live music, a classic t-shirt collection, and its legendary gift shop. So it makes perfect sense to secure the Ultimate Celebrity Experience admission ticket plus the Hard Rock Café dinner or lunch special.

If you're searching for a place to dine and play simultaneously, then Dave & Buster's is the place for you. Just up the street at the Hollywood & Highland Center, the restaurant serves a delicious strawberry watermelon margarita.

Related Post: 13 of the Most Famous Places to Eat in LA 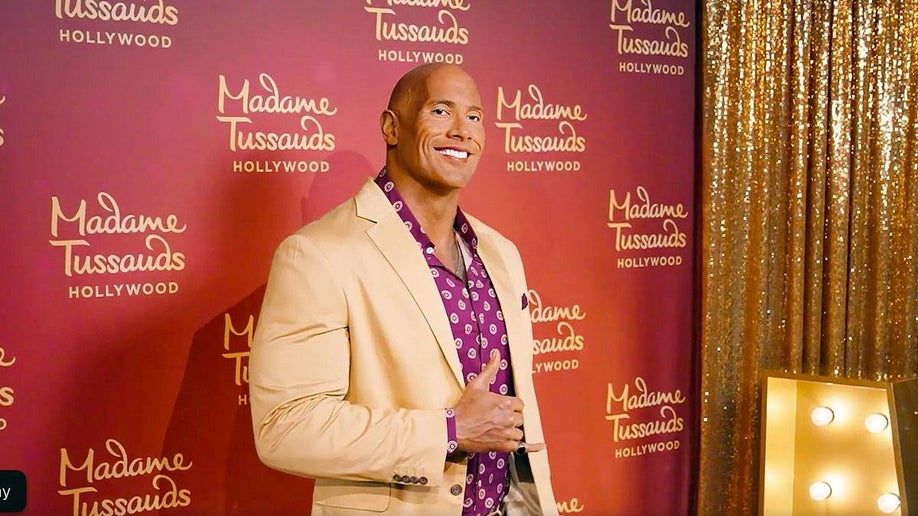 The fun doesn't need to stop after your Madame Tussauds experience. After all, this is the 'Entertainment capital of the world!' Check out the myriad of celebrated theme parks, movie studios, innovative museums, and world-class beaches.

Tripster has packages with hotels and attractions and easy ticket options. A few can't miss destinations while you visit the City of Angels:

For more movie memorabilia and thrills, keep your Hollywood encounters alive and go behind the scenes to uncover the inner workings of a world-famous studio.

Get your Universal Studios Hollywood discount tickets to see real film locations and Hollywood movie sets, ride heart-thumping amusement attractions and learn all you want to know about the film and television industry.

Tripster also offers other excursions like the Warner Bros. Studio Tour Hollywood. Located in Burbank on Warner Boulevard, this studio tour features an inside tour of the sets and soundstages used in numerous Hollywood classics like Casablanca, Batman, Friends, Matrix, The Big Bang Theory, and more.

Visitors ride around the prop department, the picture car vault, and other film venues.

Beat the heat and the traffic as you sit back and feel the wind in your hair on this exciting Big Bus Tour. Learn the inside ropes and streets of the shimmering Tinseltown.

This fab Double Decker City Tour is a top LA attraction and comes with complete narration by an expert guide.

Tripster has all your vacation needs and more than a few options. We offer a variety of hotels and lodging around the city.

If you want to stay close to Hollywood, Beverly Hills, or Venice Beach—book your accommodations with us and know you're getting the best rates in Los Angeles. Don't wait! Secure your hotel now.

Experience the Magic of Madame Tussauds

No trip to La-La Land is complete without hitting Madame Tussauds, what TripAdvisor calls the "#1 thing to do in Hollywood."

Are you ready to strike poses with your favorite hunky heartthrobs? Snap a selfie with the ageless Angela Bassett or chill with pop songstress Ariana Grande on her music video set, "7 Rings."

Tripster has you covered for all your travel needs, from tickets to hotels to vacation packages with other attractions. We offer one-stop solutions for your dream vacation. Let us guide you along your next trip for easy access deals and no-hassle planning.

Tell us About Your Madame Tussauds Experience?

What was your favorite wax celeb? Did you freak out at the Illusions of Horror exhibit? Capture your own 15 minutes of fame on  Jimmy Kimmel Live? Leave us a comment below!