Mysterious apparitions, gruesome hotel murders, and seemingly possessed penitentiaries. It seems like around every corner of the United States lies a haunted city or ghost town. From ghastly ghost stories worthy of a Stephen King novel to Southern Gothic cemeteries crawling with spirits, paranormal activity is on the rise in the U.S.A.

Follow along to discover the top 10 Haunted Places in America.

Get your fill of bloodthirsty gangsters and ghosts in the Windy City. Or head south to explore the lingering spirits and Voodoo magic of the Big Easy.

Travel to the Lonestar state and attempt to make contact with the lingering spirits of the Alamo and Midget Mansion. Or head back east to take part in any number of presidential ghost tours in our Nation’s capital.

Whether you wish to dive into the underbelly of 1920s crime or commune with the undead aboard a luxury liner, Haunted America is overflowing with hair-raising adventures.

Top 10 Most Haunted Places in America

Double double toil and trouble, come spooky season, it’s only fitting to head to the birthplace of the Salem Witch Trials. Thanks to its troubling history of histrionics and burning witches at the stake, haunted places in Salem, MA abound.

From houses used during the witch trials to Victorian homes of literary fame, Salem is prime territory for ghost hunting: 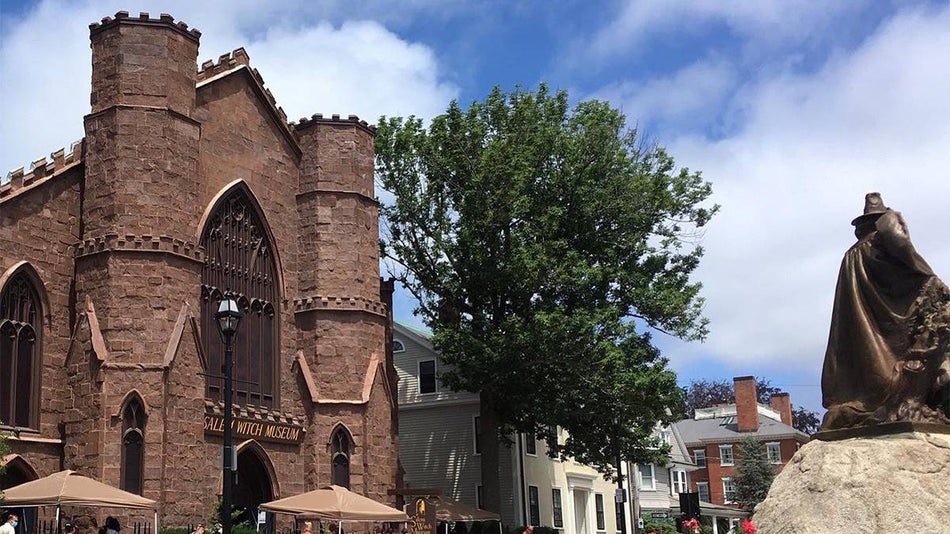 Need to find some boo-free accommodations in Beantown? Check out our vast array of Boston hotels.

Is Salem part of your even bigger Haunted House tour of Boston? Dive into Beantown’s spine-tingling history of stranglings, haunted hotels, serial killers, and more when you book a Boston Ghosts and Gravestones Tour.

Pro tip: For an extra special serving of macabre, make sure to visit this quaint New England city during Halloween.

Need a break from the most haunted places in the US? For some slightly less fearsome fun, check out our fall Boston favorites. 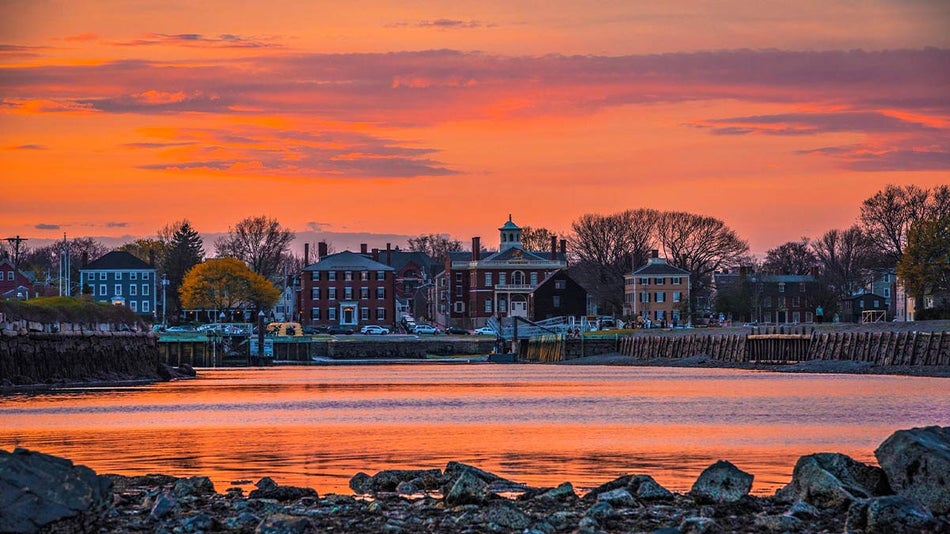 Execution arenas, wayward cathedral spirits, and strange mansion happenings come together to create a perfect storm of spookiness in San Antonio, Texas. This epicenter of Spanish Colonialism and the cry of the Alamo boasts some downright terrifying sights. In between tons of Texas BBQ, be sure to sneak in the following stops:

Breakout your ghost-busting gear, because you’re bound to spot some spooky specters on your San Antonio Historical Ghost Tour. Let the expert ghost guides take you through downtown San Antonio's top haunted hotels and hot spots, including the San Fernando Cathedral and the Aztec theater on this 2-hour walking tour.

Think all is kosher in the Quaker State? While Pennsylvania may not immediately conjure images of restless spirits and wizened skeletons, everywhere from Philly to Gettysburg has reported happenings from the undead:

Christchurch Burial Grounds, Independence Hall, and Jeweler's Row. Not all PA history needs to come with a side of paranormal. Uncover the history, architecture, and culture of the Birthplace of Liberty when you reserve a Philadelphia Walking Tour with Travel Curious.

Sparkling beaches, palm trees, and plenty of theme parks may be what draws millions of visitors to the Sunshine State. However, behind this tropical facade lies heaps of spooky legends and haunted landmarks. In fact, the enchanting Spanish colonial city of St. Augustine is home to some of the most intriguing happenings on our list of haunted places in America.

Can’t get enough of St. Augustine's charming cobblestones, colonial history, and pirate’s lore? Cover every inch of America’s oldest city and hit up highlights such as Flagler College, Castillo de San Marcos, and the Lightner Museum with a St Augustine Day Trip. 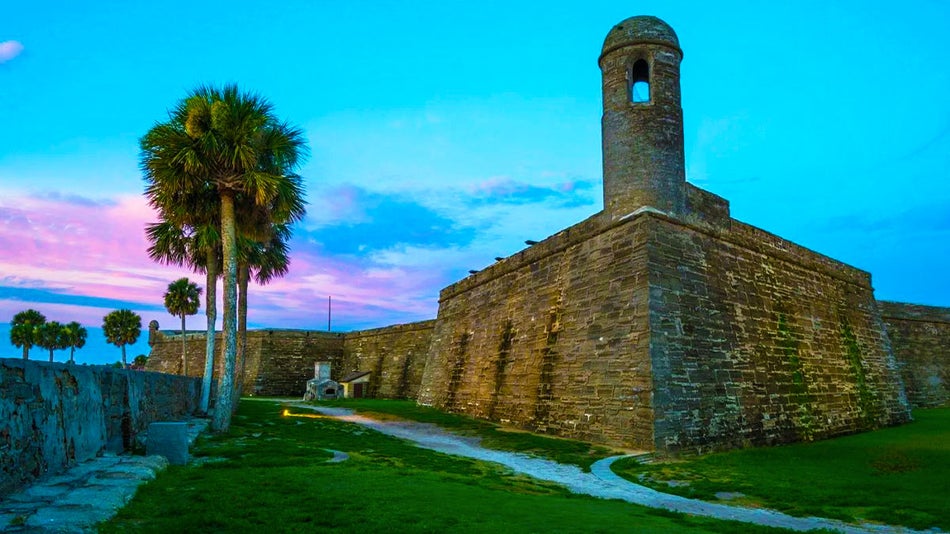 From the French Quarter to the Garden District, it seems as if every square block of NOLA is crawling with spirits and Bayou magic. The Big Easy may be known for Jazz and delicious Creole flavor. But, its unyielding history of hauntings makes it an ideal stop for lovers of the occult:

Need even more voodoo, vampires, and witches in your life? For an extra helping of horror, check out our complete array of Paranormal Tours in New Orleans.

The land of celebrities and surfers also holds some sinister secrets. Abandoned mining towns, a haunted ocean liner, and estates built on gallows all make for a spooky good time in the Golden State:

Ghosts aren’t the only things that go bump in the night in San Diego! Learn all about ladies of the night and sample delicious drinks and treats on a Brothels, Bites, and Booze Food Tour.

Snow-capped Rocky Mountains, ski runs, and unparalleled hiking may draw many travelers to Colorado. But, besides boatloads of natural alpine beauty, Colorado is crawling with malignant spirits, specters, and spooks:

Looking for more Denver things to do? Fill out your schedule of Rocky Mountain fun with theme parks, SeaQuest, and more.

Presidential poltergeists, demonic cats, and an unidentified spirit known as the ‘Thing.’ Our Nation’s fair capital is a beacon for plenty of restless spirits including many former presidents. Take in the Lincoln Memorial and the Mall by day, and after dusk soak in the supernatural:

What’s more mesmerizing than witnessing the monuments by moonlight? Press pause on the spooky stuff when you reserve a Washington D.C. Night Tour.

A thoroughly possessed Zoo and lots of 1920s bloodshed intermingle in Illinois. The Windy City boasts a nefarious past of fast-talking gangsters, machine gun massacres, and more. Make time for its thoroughly haunted history when you stop by any of the following hotbeds of ghostly activity:

Can’t get enough of the Second City’s criminals? Dive into the murky and murderous history of the Untouchables, the Valentine’s Day Massacre, and more when you take part in a Chicago Crime Tour.

Savannah delights might make your mouth water, but prime yourself for an otherworldly chill when you tackle the cemeteries and theaters of this Georgia city. From wandering Civil War soldiers to Southern Gothic architecture there’s much to uncover in the Hostess City:

Whether you go by trolley or foot, there’s never a bad time to get more intimately acquainted with the creepy cobblestone streets of Savannah. From the Andrew Low House to Perkin’s & Sons Ship Chandlery, Savannah Ghost Tours provides you with your passport to the paranormal.

Whispering gallows, unearthed burial sites, and Civil War battlefields soaked in the blood of soldiers past.

From our Nation’s rugged mountain ranges to the more metropolitan cities, every inch of America is overflowing with paranormal history and hauntings.

Explore restless spirits and rhinoceros at the Lincoln Park Zoo. Or give yourself the ultimate scare at the very hotel that inspired Jack Nicholson’s breakdown in the Shining.

Pay your respects to the willful witches who burned at the stake in Salem. Or observe the serene views from a seemingly cursed lighthouse in Florida.

Whether your ghost hunting takes you to a prison, a plush hotel room, or a tranquil park, there are unlimited thrills to be had at the most haunted places in America.

Tell us, Where Else Are the Most Haunted Places in America?

How many of the most haunted places in America have you visited?