4th of July in Chicago

Midwestern charm mixed with enviable big-city amenities makes the Second City an unforgettable destination for millions of Americans each year. Come summertime, fire up those sparklers as there’s no better place to welcome in Independence Day weekend than Chicago.

Follow along as we take you through the best 4th of July events in Chicago.

Catch a cool breeze on a Lake Michigan boat cruise, or pack a picnic and savor live music in Millenium Park.

Chicago is overflowing with patriotic passion, from family-friendly celebrations at the Navy Pier to toasting our Nation with an ice-cold brew at a bustling beer garden.

Whether you're angling for an electrifying fireworks display, or have your eye on seeing a stirring parade, our 4th of July guide to Chicago has you covered.

Why limit your Windy City getaway to just one day? Instead, make the most of the 4th of July holiday weekend when you uncover the awe-inspiring architecture and mouthwatering morsels of this cosmopolitan city. From classic sightseeing tours to world-renowned museums, there's something for everyone in Chicago:

Calling all type A-travellers. Ready to paint the Second City red? Hit the ground running and save up to 40% on Chicago's top attractions with the Go Chicago Explorer Pass. Stargaze at the Adler Planetarium, marvel at the masterpieces in the Art Institute or take to the river for a Shoreline Architecture Cruise.

Open top bus, spellbinding sightseeing, and creative commentary make Big Bus Tours the go-to for tourists in the know. Witness even more iconic sights when you hop on and off at will. Spice up your social media feed with hundreds of snaps of Willis Tower, the Navy Pier, the Field Museum, and more.

Munch your way through Chi-town's rich culinary history with the Chicago Favorites Food and Walking Tour. Spend 2.5 blissful hours sampling the city's most recognizable eats, from deep-dish pizza to chocolate brownies. Then, wash down this healthy helping of history and local landmarks with plenty of craft beer. 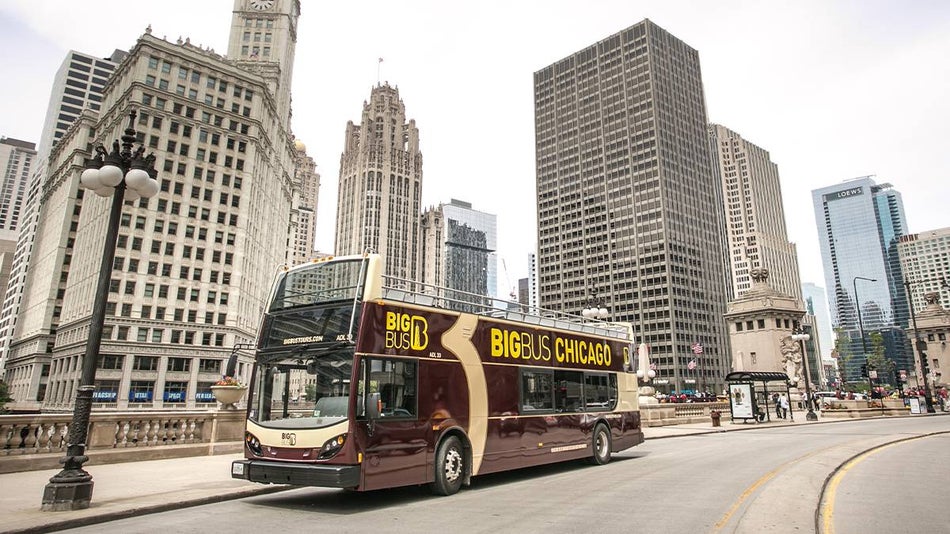 Why settle for one illuminating display of pyrotechnics when you can catch two? Double your Independence Day thrills when you witness two 4th of July firework shows at the Navy Pier. Gaze in wonder at the spectacular sight of exploding red, white, and blue orbs set against the inky black night sky.

Revelers of all ages will delight in the rousing soundtrack featuring dramatic and popular music. With the iconic Ferris Wheel and Navy Pier lights in the background, this annual event is not to be missed. These free 15-minute shows can be seen anywhere north or south of Navy Pier along the waterfront. For an even more social atmosphere, bystanders can hop on an ever-popular boat cruise. 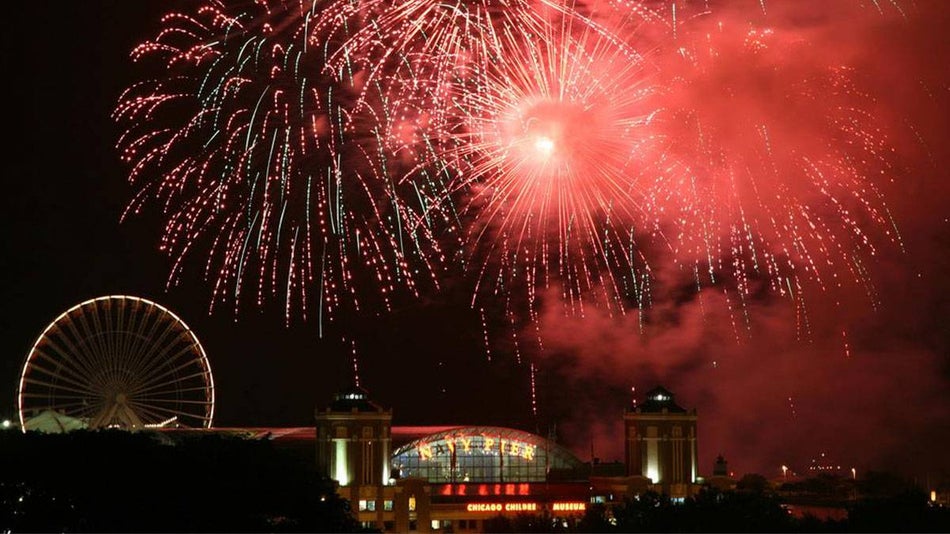 Dreaming of jamming out all day? Then, hightail it to the Navy Pier beer garden for a fun-filled day of live music and festivities. This family-friendly celebration provides a free concert series that runs on July 4th from 2 to 9 p.m. Enjoy hours of Chicago's best bands and regional acts set against the scenery of shimmering Lake Michigan. After nightfall, stay put as you'll be treated to an arresting fireworks spectacle. 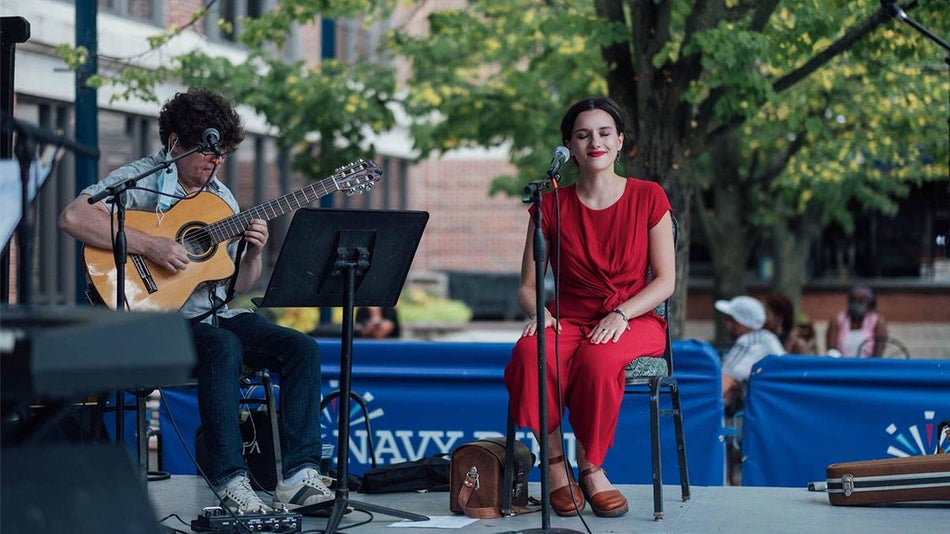 Bow down to Uncle Sam at the Bean when you attend a star-spangled Independence Day Salute concert. This free event is part of the summer-long Grant Park Music Festival, held at Jay Pritzker Pavilion at Millennium Park each year.

Grab your mini flag, and prepare to cheer along to patriotic favorites including the Forces Salute, Irving Berlin's swingin' In the Mood, and fanfare by film legend John Williams. Musical stylings kick-off at 7:30 p.m. and will last for two hours.

Inject even more magic into your melodious evening when you pack a picnic to share or purchase some libations from the on-site concession stand.*

*Please note that concert-goers are forbidden from bringing outside alcoholic beverages into the park. 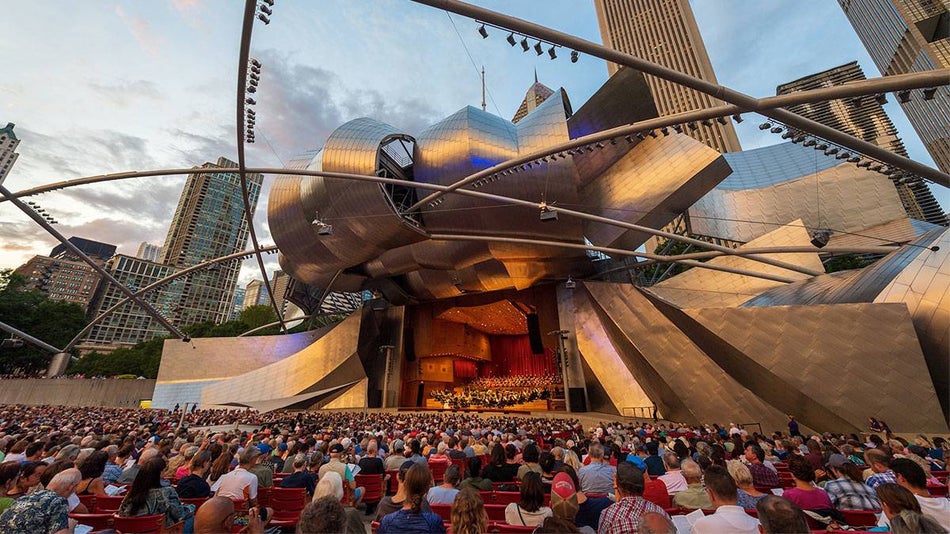 Want to revel in the awe-inspiring architecture or fiery sparkler displays of Chi-town in an enchanting way? Take to the Lake! Strap in for a summer boat cruise and usher in your holiday weekend in style. Admire the towering Sears tower, soak in the city skyline, or feast on a gourmet supper.

Both Shoreline and Skyline Lake Tours have included attractions within the Go Chicago Explorer Pass. So, whether you wish to sail down the Chicago River, or watch the fireworks above Lake Michigan there's a Fourth of July cruise for you. 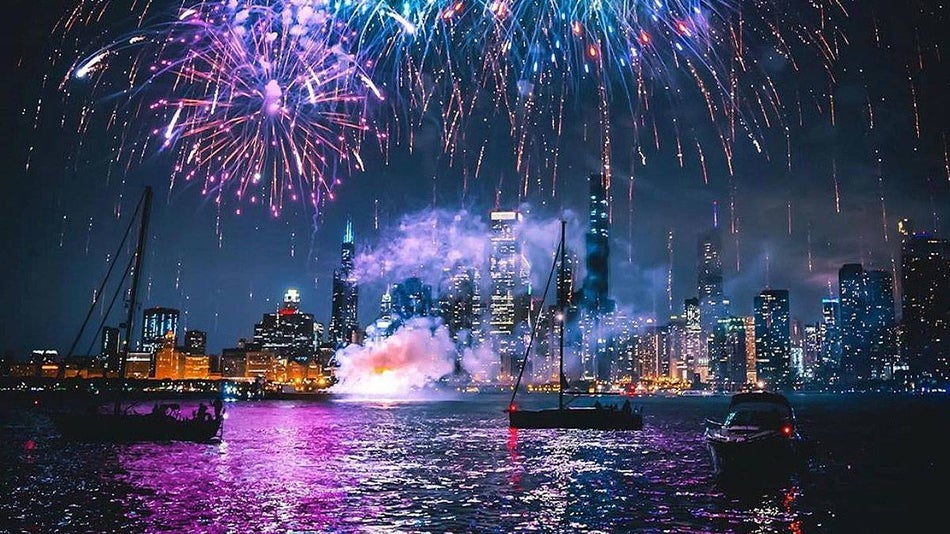 Check out a Beer Garden at the Chicago Riverwalk

Sparkling river views, bountiful greenery, and beers on tap make the Chicago Riverwalk a picturesque spot for a 4th of July rendezvous. So snag an outdoor patio seat and sample some fruity Shandies at the Northman Beer & Cider Garden.

Stumble by the Chicago Brewhouse and toast Uncle Sam with a Golden Ale or Freedom lemonade. Stay put, and you'll have a superior line of sight for the fireworks come nightfall.

Dreaming of the islands? Whisk yourself away for a weekend of tropical libations, music, food, and culture when you purchase tickets for the 29th annual African/Caribbean International Festival of Life. Held in Washington Park all Independence Day weekend, this epic explosion of African--Caribbean pride features the very best of reggaeton, dancehall, gospel, blues, and more.

4th on 53rd Parade and Picnic

Don your flag-covered apparel and round up the whole family for the return of the traditional 4th on 53rd Parade & Picnic. Decorate your bike and join this joyous affair, which will commence at 11 a.m.

Beachfront bonfires, Old Glory waving in the breeze, and patriotic parades. It must be the Fourth of July in the Second City.

Related Post: Chicago on a Budget: How to Save BIG With a Go City Pass

The holiday weekend works its wonder well in Chicago, challenging the city to come alive with the illumination of fireworks, sparklers, and American pride.

Explore the expanse of the Chicago River via a riveting boat cruise. Or load up on Caribbean fare and funky beats at the International Festival of Life.

Tell Us, What's Your Favorite Way to Spend the 4th of July in Chicago?