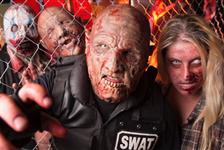 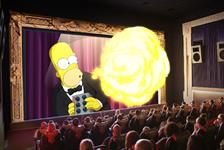 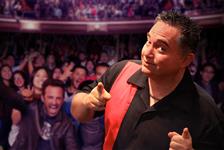 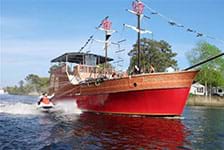 Check out our other great Myrtle Beach Things to Do.
View All Things to Do
Need Help? Contact Us!

Take a step back in time as you walk through the history of the greater North Myrtle Beach area. What was once an old library now is a stunning and captivating museum filled to the brim with exciting stories, facts, and artifacts from those who made North Myrtle Beach what it is today. The museum features fascinating memorabilia from multiple time periods and more.

After eight years of planning, North Myrtle Beach Historical Museum opened on April 7, 2013. The Museum's mission is to foster a deeper appreciation for culture, history, and science of the North Myrtle Beach area. Exhibits and programs focus on stories from the region's first inhabitants to the development of today's tourism industry.

NMB Museum has brought HOPE to the Grand Strand. Visit the Museum before September 18 to see the blockbuster exhibit Bob Hope: An American Treasure. Witness the early days of his career until his last performances. Laugh at his jokes. Remember how the Guinness Book's most "honored" man brought comedy to America and to the world.

Although Bob Hope: An American Treasure has been exhibited in Denver, CO, New Orleans, LA, Green Bay, WI, and Greenwich, England, the exhibit has never been seen on the east coast. North Myrtle Beach Area Historical Museum is honored to host the exhibit in South Carolina.

The Bob Hope: An American Treasure exhibit is presented by the World Golf Hall of Fame. The exhibit chronicles Bob Hope's story through first-person comedy, combining anecdotes, quotes, jokes and stories from all aspects of his life. The exhibit includes more than 170 artifacts, 200 vintage photos, and seven video displays that examine Hope's early years as part of an immigrant family; his rise as a star of stage, screen and radio; the relationships he had with U.S. presidents; his devotion to the U.S. military; and his love of golf.

Members and Children under 5 are Free.
Read More 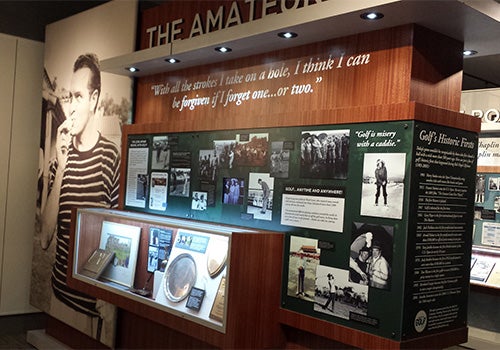 Have you been to North Myrtle Beach Area Historical Museum? Share your knowledge and be the first to review this.
Write a Review
Back to Top

What are the hours of operation?
The museum is open during the following hours:
Tuesday & Friday — 10AM to 8PM
Wednesday, Thursday, & Saturday — 10AM to 4PM
Sunday — 12PM to 4PM

What exhibits are available?
In addition to historical exhibits relating to the past of North Myrtle Beach, the museum also features rotating exhibits.

Is this a kid-friendly activity?
Yes. Children under the age of 5 also receive free admission into the museum.