Based upon 1993 traveler reviews
INSTANT CONFIRMATION You’ll find even more chivalry, revelry, and rivalry at Medieval Times Dinner & Tournament’s Myrtle Beach Castle. North America’s longest-running dinner attraction has crafted an all-new production that now you are invited to experience! It’s MEDIEVAL like never before, with even more action-packed fun, all new tournament games and a re-imagined feast, fit for a king.

The fantasy comes alive as you travel back in time to the 11th-century spectacles of jousting, swordplay, horsemanship, and falconry abound; a time of Spanish castles, Knights of the Realm and feasting in a true medieval fashion-utensil-free!

The Show: You’ll still be encouraged to cheer for one of six brave Knights of the Realm! The new production features amazing lighting, costumes, choreography, exciting battle scenes, new horse dressage elements and a fresh musical score by the world renowned composer Daniel May.

The Andalusian Stallions: While most of the royal subjects stand on their own two feet, the most celebrated members of the Kingdom are best known for their trot, gallop, and canter.

The Feast: The new, upgraded feast shall be served! The standard menu at Medieval Times consists of garlic bread, creamy tomato bisque soup, roasted chicken and spare rib, herb-basted potatoes, and pastry of the castle. A vegetarian meal is available upon request.

Are you ready to surrender to an age of bravery and honor? It’s going to be epic so hang on to your helmets the show is about to GET MEDIEVAL!

Medieval Times is celebrating 30 years of feasting and fun in North America. The founders first launched their unique idea for an 11th century-style dinner attraction on the Spanish island of Majorca in 1973. This imaginative new entertainment spot was inspired by the true medieval tradition of royal families inviting guests to a festival and feast to watch knights compete on horseback.

Seating is first come, first serve. There is no reserved seat assignment. No cancellation policy on show tickets.

Allergy/Strobe Warning: Medieval Times is a live horse show in an enclosed arena. Persons with respiratory conditions, allergies, or asthma attend at their own risk. Medieval Times uses stroboscopic and pyrotechnic effects.

Medieval Times Dinner and Tournament New Year's Eve Show: The Celebration of the Century: December 31, 2019 9:30PM Show - Ticket includes admission to the Museum of Torture, two-hour tournament, four-course feast, party favors, music and dancing, champagne toast at midnight*, midnight countdown with the Knights of the Realm, and midnight snack.
*Non-alcoholic beverage will be served to minors. 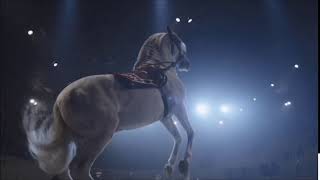 36 Reviews sorted by:
Write a Review

Daniel McCraven
CHESTER, SC
7 Reviews
Verified Traveler
"Grand Time on the Grand Strand"
December 2019 NEW
Excellent show and great food, highly recommend. The best value of any of the dinner shows with great sword fights and horse show that are amazing.
Read More
Tip: Any of the seats are great, no videos are allowed but you may take photos. No eating utensils are supplied but you really don't need any, if you must, bring your own. Bonnie Danell
Colville, WA
1 Review
Verified Traveler
"Nonstop fun!"
November 2019
We had a choice to upgrade on our tickets to the next level so we could get easy access to a table because of back issues. We were glad we did because we could get in early and sat in the front row!
Read More

Angela Erickson
Caldwell, ID
2 Reviews
Verified Traveler
"Great Entertainment"
September 2019
We had a great time, we upgraded to VIP when we arrived and it was a great seat! We had front row and was definitely close to the action! I did notice that the earlier you arrived to check in, the better the seats you got! So be there about 1.5 hours before showtime, we were there on a slow night so we actually didn’t need to upgrade to get great seats. The dinner and drinks are great, we had something from the bar and it was delicious and went along with the theme. Our food was warm and served promptly, and I would recommend to anyone who wants an evening of fun! We didn’t take our kids but definitely will next time! They cater to kids and love to interact with them!
Read More
Tip: Arrive early and be prepared to spend some extra money Beulah Crumel
Middlesex, NC
1 Review
Verified Traveler
"Great Show"
May 2019
This was a great show. Went there before but My niece hadn't. She loved it and we save some money.
Read More

Linda Locklear
Maxton, NC
1 Review
Verified Traveler
"My visit to medieval times"
December 2018
I really wasn’t sure how the show was going cause it was my first time and I loved it so much I’m planning to go again and take my grands
Read More
Tip: Make sure when you make reservations to ask if breakfast is included or do they have complimentary breakfast when booking their room

Reviewed January 18, 2020 NEW
We decided to take in this show for a winter activity to do while in Myrtle. We purchased the Royalty upgrade, thankful we did, we had center areana, front row seats! This is a first come first serve type seating, you are assigned a row, then select your own seat. The actors did very well on their performances prior to the show, when you arrive early, you visit the gift shop area, can get beverages, and/or pay $2 to walk through the dungeon to see medieval artifacts which were interesting. The falcon was even available to see and take photos. The food is good, just unusual to eat with your hands. Our wait staff was very pleasant. The show was very interesting, but I had difficulty understanding what was being said, not sure if it was the sound system or not. We enjoyed ourselves for sure.
Read More

Reviewed January 07, 2020 NEW
Loved the action provided by the Knights in the ring ... Horse rings, Jousting, sword fighting was full on contact (without injury) for all riders, six in total.
Read More

BagelHunter
Ohio
"Fun to do once "

Reviewed January 06, 2020 NEW
Nice to do once. Show and eating. No utensils so that was different. Bars to get something at before the show though not much seating. Fun
Read More

Reviewed December 23, 2019 NEW
It’s a fun night for the entire family with a top notch show and food that’s not too bad. You’ll enjoy the medieval show with knights, horses, jousting and Sword fights that is very entertaining. You’ll find yourself routing for your knight and booing the rivals as they fight to the death. For the best seats get there early as it is first come for the best seats. Be aware there are a lot of ways to spend more money then you may have planned. The food is soup, a half chicken with a potato wedge and corn on the cob with a little ice cream for desert. It’s not gourmet but fairly decent. You will be eating with your fingers with no utensils offered. There is also full bar service and their pricing on a bottle of wine is the best deal in the building. You’ll have a great time and be transferred to medieval England.
Read More

Reviewed November 18, 2019
Food was average, show was okay, however, they really need to update their sound system. Everything sounds muffled and you cannot understand anything.
Read More
Back to Top

Is there a pre-show guests should be aware of at Medieval Times Dinner & Tournament?
There is not a pre-show per se, but the castle does open 90 minutes prior to show time. Knighting ceremonies and photos are taken prior to the show starting.

If my child is under 3, are they free?
Children under 3 are admitted free as long as they sit on an adult's lap and eat from their plate. If you prefer the child have his own seat or meal, a child rate would apply.

What else is offered at Medieval Times, besides the show?
Medieval Times also features an excellent bar, dance floor, Hall of Arms displaying medieval artifacts and medieval torture museum, also known as the dungeon tour.

Is it true that we must eat with our hands?
Absolutely! Eating utensils were not used in the 11th-century and we take you back.

Is seating assigned?
No. Seating is first come, first serve.

Is there a dress code I should follow?
Casual dress is acceptable for this performance.