9 Top Navy US Museum Ships in the USA

Faith, service, courage, and honor are the tenants that the US Navy holds dear. Each year thousands of brave men and women dedicate their lives to serving under this maritime service branch. Scratching your head wondering what things to do in honor of the Navy?

Follow along to learn everything you need to know about the top maritime attractions and battleship museums.

For almost 250 years, the U.S. Navy has continued in its distinguished work of protecting our waters. From battleship museums in sun-soaked Hawaii to U.S. Navy ship museums in Beantown, our country is overflowing with fascinating military history and heritage.

Discover the stories of Midway sailors on a naval tour, or pay your respects to the poor lost souls at Pearl Harbor.

Whether you’re in the Empire State or the City of Angels, there’s an endless array of U.S. Museum ships to discover. 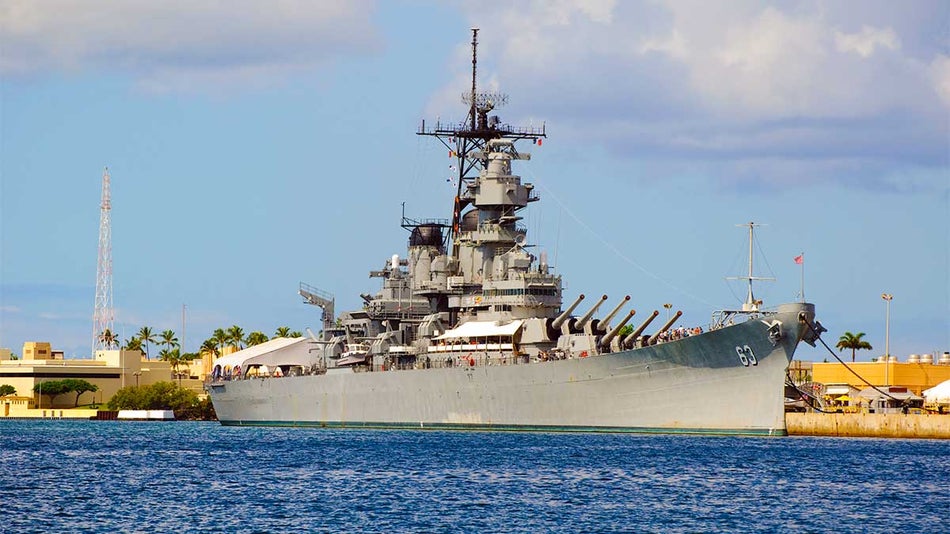 Aviation fanatics will be in heaven visiting the esteemed USS Midway Museum, which features more than 30 restored aircraft and nearly 10 acres of exhibits and displays.

The USS Midway Museum in San Diego, CA, is home to the longest-serving U.S. Navy aircraft carrier of the 20th century. Get ready to explore the stories and history of the 225,000 Midway sailors who served our country.

Museum-goers will see what it was like to live in this ‘floating city at sea’ as they follow along with a self-guided tour narrated by the Midway sailors themselves.

Other notable points of interest include:

No trip to Hawaii is complete without a look back into the incredible history and legacy of Pearl Harbor.

Break up your beach hopping with any one of our fascinating and educational Pearl Harbor Memorial Tours: 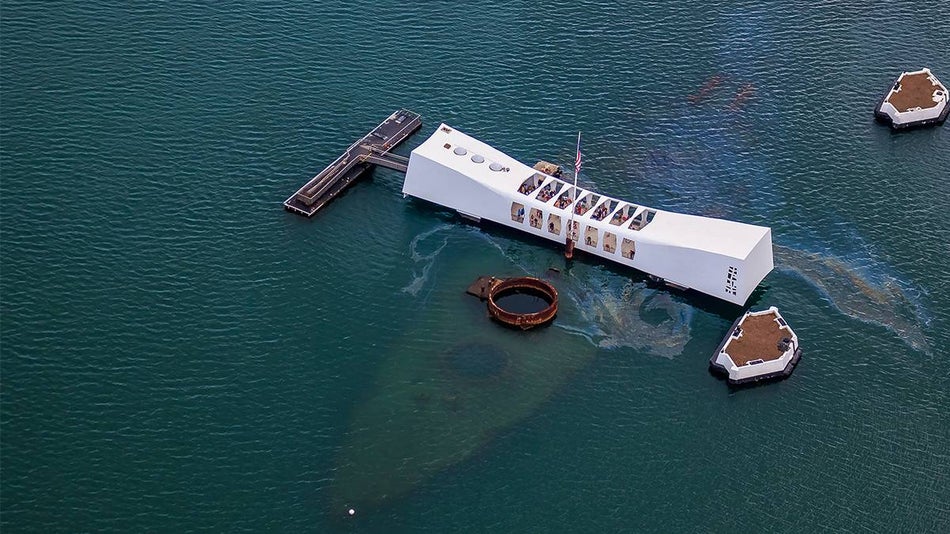 This 6.25-7 hour tour includes stops at the Pearl Harbor Visitors Center, USS Arizona Memorial, National Memorial Cemetery of the Pacific at Punchbowl, and a narrated tour of downtown Honolulu.

Related Post: A Guide to the Pearl Harbor Experience

Whether you are a history buff or simply a naval enthusiast, this tour is sure to impress with its numerous highlights, such as:

Besides the Red Sox and Cream Pie, Beantown is home to a number of renowned naval ships and museums. Hightail it to ‘America’s Fleet Museum’ to explore a diverse number of exhibits, ships, and other crafts. The Maritime Museum at Battleship Cove is over 50 years old and includes famous items from both the Fall River Line and RMS Titanic.

Immerse yourself in the history of whaling, maritime folktales, and more as you meander through interactive displays and exhibits. Discover technological advances in sea travel, or set your sight on five National Historic Landmark U.S. Naval ships. Step into the shoes of a brave sailor during WWII or experience the power of a high-speed missile corvette from the Soviets. 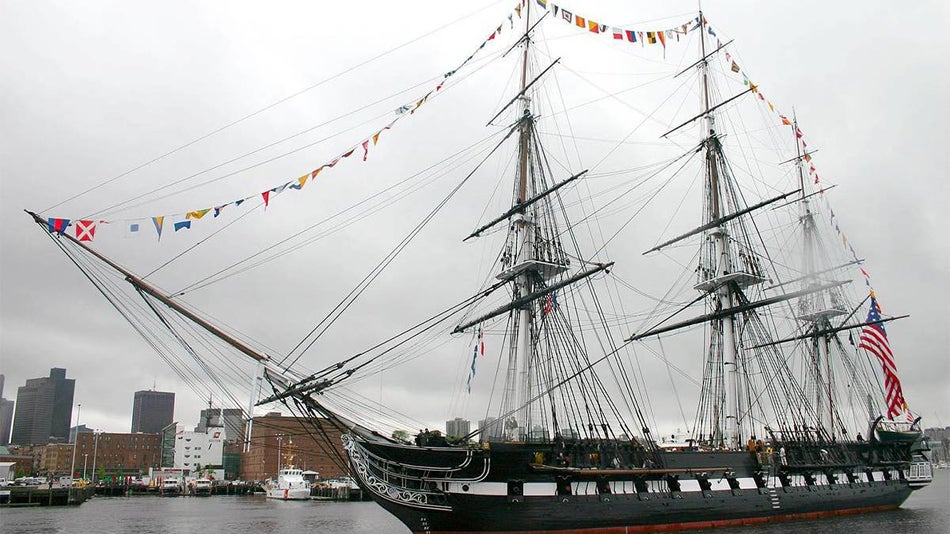 Prepare the cannons! Get ready for an educational high-seas adventure as you board the USS Constitution Cruise in Boston, MA. Your 45-minute tour will take you throughout the Boston Harbor and the Charleston Navy Yard as you learn about one of the toughest ships ever - Old Ironsides.

Old Ironsides was one of the first ships ever commissioned by the U.S. Navy and is the oldest commissioned warship still afloat in the world. Although her cannons may no longer function, you will still have a good time exploring her hallowed halls and the adjacent Naval Museum.

This tour also provides the opportunity to explore other notable Boston landmarks, including: 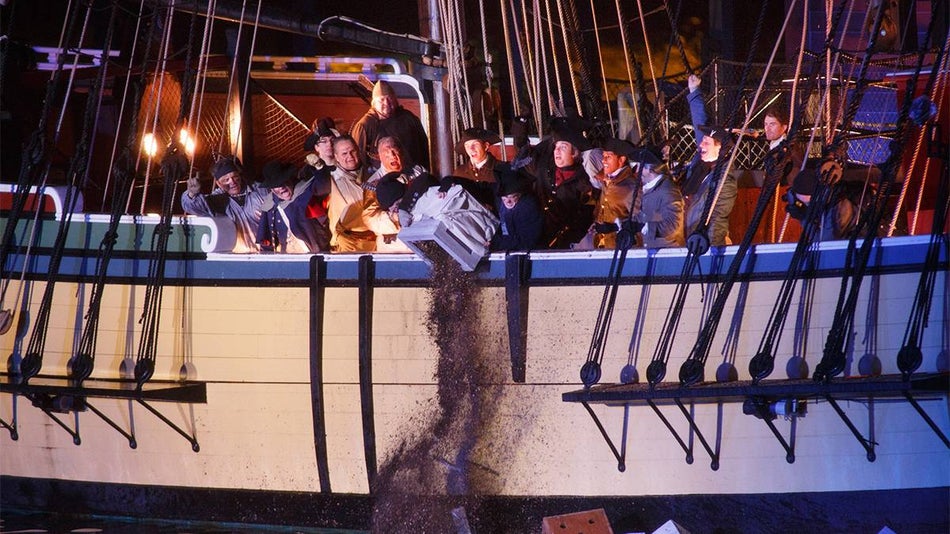 Climb all aboard the West Coast’s only battleship open to the public - the Battleship USS Iowa Museum. This interactive naval museum is a fun and family-friendly experience that will captivate and inspire through multiple exhibits, hands-on engagement, and knowledgeable guides.

Throughout your guided tour, you will discover the rich maritime history of the USS Iowa, including her special nickname, ‘the Battleship of Presidents.’

Other impressive highlights of this award-winning LA-based attraction include: 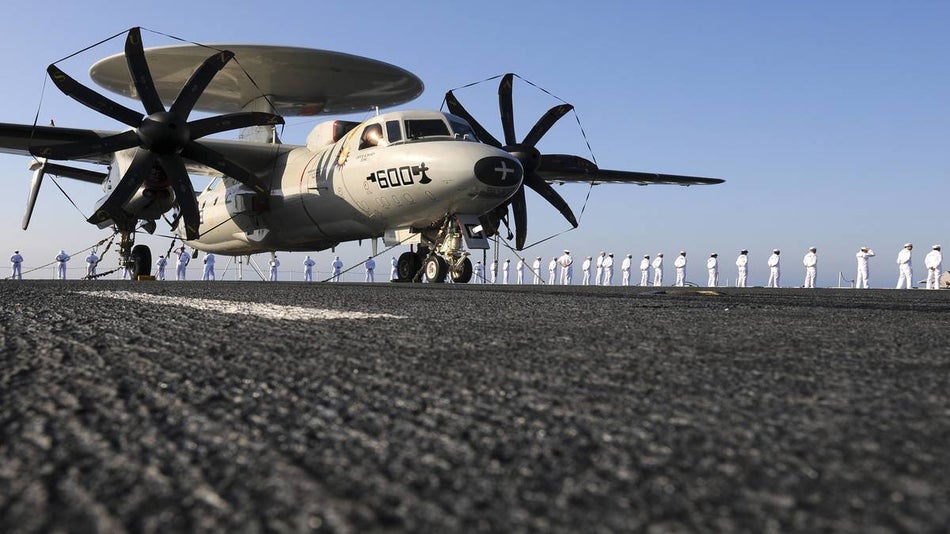 It turns out the Big Apple isn’t just home to Broadway! Set your sights on the skies and seas with a visit to the iconic Intrepid Sea, Air, & Space Museum in New York City.

This impressive naval museum is home to the legendary aircraft carrier Intrepid, the space shuttle Enterprise, the world’s fastest jets, and a guided missile submarine. Don't miss this attraction on our list of top U.S. museum ships!

Kids and adults alike will be mesmerized by the abundance of exciting artifacts, fascinating videos, and permanent educational exhibits like:

And don’t forget to check out their rotating array of new exhibits on naval history, space exploration, and technology like:

Planning an excursion to the city of brotherly love? Then, complete your Philadelphia adventure with a stop at the Independence Seaport Museum. There is much to see, do, and experience at this premier maritime destination on Penn’s Landing waterfront.

Pro Tip: Don’t forget to carve out time to step foot on the Schooner Diligence, a perfect replica of an 18th-century ship that would have served in the U.S. Navy!

Other standout current exhibits include:

Calling all frogmen! If you are searching for a complete overview of the history of the U.S. Navy from its origin to the present day, you must visit the National Museum of the U.S. Navy on your next trip to the capital.

After a full day of taking in the landmarks, sights, and attractions of Washington DC, hightail it to the new campus-style museum, which pays respect to the Navy’s colorful heritage and history.

For over 50 years, this educational institution has brought the excitement of a Navy career to life through interactive exhibits, artifacts, and 4-D theater presentations.

Pro Tip: Make a day out of it by packing a picnic lunch to enjoy outside at the lush Willard Park, directly in front of the museum.

*Please note that this is not an exhaustive list of U.S. battleships museums. Rather, a compilation of our ultimate United States museum ships and USA battleship museum attractions.

Excited to ‘cast away’ on a day of adventure, education, and maritime fun?

A US Navy Museum provides the perfect chance to reflect and pay homage to the brilliant legacy of the U.S. Navy.

Whether you are exploring a wartime submarine or mounting a famous battleship with a very presidential pass, each of these unique destinations provides a sailor-worthy dose of entertainment.

Tell us, What Would be on Your List of Can't-Miss Battleship Museums in the U.S.?

Did we miss any of the best U.S. battleships museums?