Iconic the world over, the Statue of Liberty has captivated travelers for over 100 years.

For millions of immigrants, it was the first signal of America, standing as a beacon of promise of a new life. In the modern era, the Statue of Liberty is one of New York City’s most popular attractions. Still a shining symbol of America, Lady Liberty instills a sense of wonder to those that stand at her feet and view her standing watch over not only Liberty Island but New York City and America. If you want to be one of the huddled masses who have seen the Statue in person, add a day with her to your New York City itinerary. 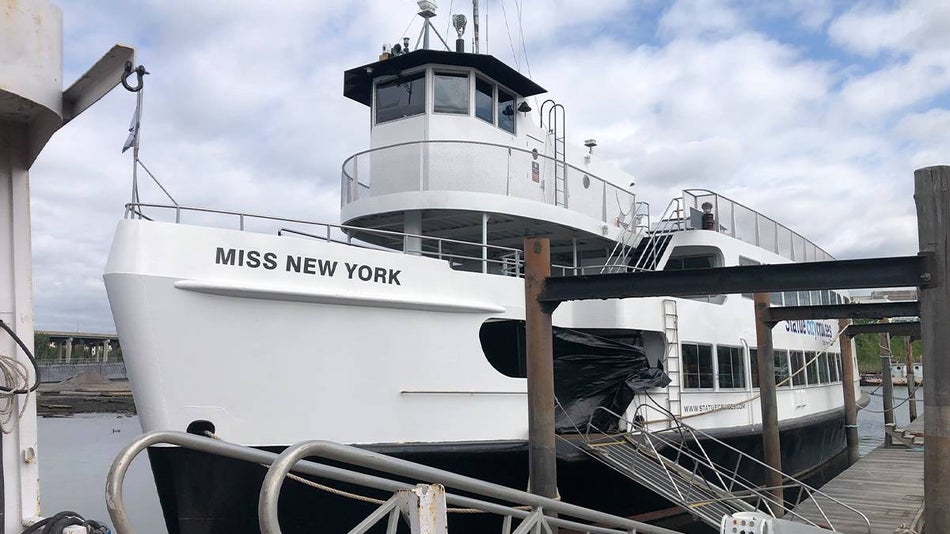 For many, a trip to New York City isn’t complete without a trip to Lady Liberty. I know it was first to do on my itinerary. Making plans for your tour is essential, as only 3,000 visitors are permitted per day. I’m a planner, so I like to have my tickets booked well in advance. If you’re more of a fly-by-the-seat-of-your-pants type, you’ll still need to reserve your tickets at least three days in advance to ensure admission. This is especially true if you want to reserve a Pedestal Pass, which allows access to the monument’s pedestal and museum. Now, the really coveted ticket is the Crown Pass. After a renovation in 2009, the crown opened to visitors once again and, with only 240 people allowed daily, has quickly been a sell-out. To purchase these tickets, you’ll need to reserve months in advance. They’re well worth the planning though, as you’re rewarded with exceptional, once-in-a-lifetime views of the New York City skyline. Crown access tickets are only $3 more than regular access, which are $18, a veritable value for the experience. Just be prepared to climb a lot – 393 stairs – to be exact.

All Aboard for Liberty Island

The Statue of Liberty ticket you purchase is valid for a departure time from either Battery Park or Liberty State Park in Jersey City. I picked an early departure time of 9am to try to beat the notorious lines you’ll find at Battery Park. With airport style security, ferry lines are long. The earlier you schedule your ticket also allows for more time exploring Liberty Island and Ellis Island. Generally, the last departure ferry from Liberty and Ellis Island leaves around 5pm (schedules are seasonal), so plan accordingly.

A 10-15 minute ferry ride sweeps you across the bay to Liberty Island. Choose from enclosed or open-air seating. I think the open-air top deck is the primo place to gaze at the statue as you approach the island, but if it’s wintry an actual seat inside is hard to beat. Concessions are open on board, with standard fare like hot dogs and soft pretzels served.

Cruising to Liberty Island is certainly part of the appeal of the Statue of Liberty tour. Somewhere in the middle of the bay a sense of awe filled me. In one direction there was the stunning skyline of the greatest city in the world. In the other there was more than a mint-hued monument, there was a powerful, stately symbol of America on the horizon, filling me with pride. Of course, I snapped an endless supply of photos of the moment – a theme that continued throughout the day. Seriously, I’m not sure the camera was never not in my hand.

Touring the Statue of Liberty 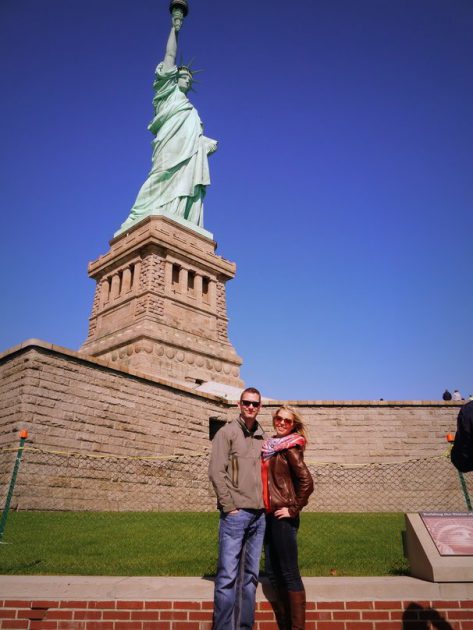 My actual day spent with the Statue of Liberty was entertaining and informative. I had purchased the Pedestal Pass (didn’t score a Crown pass unfortunately), so the museum was my first stop. Compact yet interesting, the museum houses the original flame, full-scale replicas of Lady Liberty’s feet and face (very cool to see), original designs and numerous examples of her influence. Up next was the pedestal, which I’m so glad I reserved! Standing on the pedestal to liberty, looking across the harbor, was one of my “I Heart NYC” moments. I made sure to put my camera down for a moment and mentally take a picture instead.

The picture taking quickly resumed once I started walking the island. Every angle of the statue is striking, and of course, you need several of you posing in front of the statue. One smiling, one recreating her pose, one with your friends or family. Continually crowded, it’s hard to get that perfect shot but oh-so fun trying!

After a 10 minute ferry ride from Liberty Island, I arrived at Ellis Island. I had worked up a bit of an appetite, so a coke and soft pretzel (with cheese, please!) on the shores of the island fit the scene pretty well. If you need more than a snack during your day, I recommend getting a full lunch at the Crown Café on Liberty Island before departing for Ellis Island. 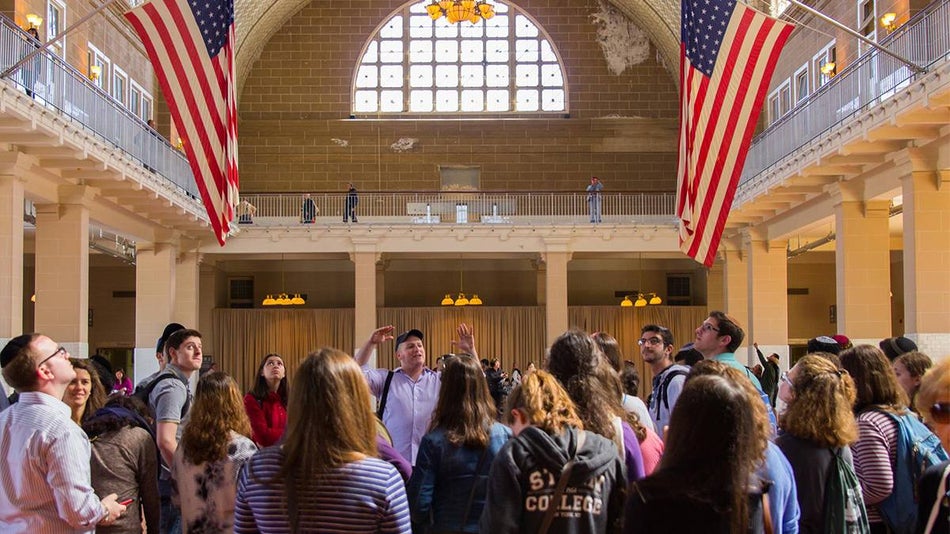 at the Ellis Island Immigration Museum. Walk through the Great Hall, once filled with lines of immigrants speaking an array of languages awaiting registration to the United States. Imagine it as it once was. Immigration history, as well as America’s history, is chronicled throughout the museum. If you’re limited on time, as I was, I recommend viewing the “Peopling of America” and “Through America’s Gate” exhibit. Stop by the kissing post, too, a column outside the registry room. The spot is famous for kissing, as millions of immigrants were reunited here with family. Unique, poignant stories are shared, new opportunities given voice and a courage is witnessed throughout the museum. Although galleries feel modern and interesting, the building still poses its history upon you – and I wouldn’t want it any other way.

A quick-moving line made boarding the ferry, which leaves every 20 minutes, easy. Soon enough (about 10 minutes), I was back in lower Manhattan. With the Statue of Liberty watching over, I continued my tour of New York City with a better understanding of the history of this iconic destination. And the pictures to prove it.