Seattle After Dark: 13 of the Top Things to Do in Seattle at Night

Hot coffee, vibrant greenery, and cloudy days characterize the moody yet dreamy city of Seattle. Once the cloudy days fade to dark nights, it’s time to experience the city in a whole new way.

It's not hard to fill your days in the Emerald City. Wake up with coffee, lunch on a Seattle-style hot dog, and take in the sights and sounds of Washington state's largest city. However, once the Seattle skyline is officially lit up for the night, how will you pass the time? Discover the top things to do in Seattle at night below.

Visiting iconic landmarks like the Space Needle, Lake Union, and Pike Place Market is a must. Fill the time in between with popular evening activities like dinner cruises, comedy shows, and theater performances.

Pro Tip: Seattle is considered safer than many other big cities. However, being downtown at night in a big city always comes with some inherent danger. So be sure to stay alert and take safety precautions.

Unsure of where to go during the evening hours? We've got you covered. Read on for the top things to do in Seattle at night!

This famous landmark is the face of the Seattle skyline. Experience new heights and an unbeatable view of the city at the top! The outdoor observation deck is the gutsiest way to see it all, but the glass benches, floors, and walls take second place.

The Loupe Lounge is a way to dine and sip like never before. It's perched on a revolving glass floor!

Photo Alert: You can't travel to Seattle without snapping a photo at this beloved building. Capture the cityscape in all its glory from the observation deck.

The Space Needle is open until 7 p.m. Sunday through Thursday and closes at 8 p.m. on Friday and Saturday.

While the Space Needle is probably the most well-known structure of Seattle's architecture portfolio, Smith Tower is equally remarkable as the city's first skyscraper. And it's a great thing to do at night in Seattle. Construction was wrapped up in 1914, and the structure was then known as the tallest building west of the Mississippi River.

Visitors can peruse the souvenir shop on the ground floor, stroll through the building's historical exhibits, and glimpse breathtaking views from the observatory on the open-air observation deck. Furthermore, the tower houses a speakeasy-style bar.

The tower closes at 10 p.m. on Sunday, Wednesday, and Thursday. However, it stays open until 11 p.m. on Friday and Saturday. The last elevator ride takes off one hour before closing.

If you're afraid of heights and prefer to keep things closer to sea level, a dinner cruise may be more your style. So grab tickets for the Seattle Harbor Cruise to spend an evening on the waves of Elliot Bay.

The beauty of the skyline as viewed from the water pairs well with narration about the city's exciting history. Snacks and drinks are also available to enjoy during the cruise!

Whether your style is more Jim Gaffigan or Jerry Seinfeld, there's a comedy show for your sense of humor in Seattle. The city's comedy scene features both comedy clubs and improv theaters. As a result, both seasoned veterans and young newbies take the Seattle stage.

Some local clubs and theaters include:

Plan a karaoke night if you're feeling brave and ready to belt out a tune in front of a crowd! Take the chance to serenade your sweetie or get lost in the music.

Here are some of the top places in Seattle to burst into song (and dance, if you're feeling even braver!):

Have you ever wanted to feel the adrenaline rush of skydiving without actually jumping out of a plane? At iFLY, you can do just that! Safely feel the weightless rush without the risk over a cushion of controlled air.

Even better, iFLY offers virtual reality experiences to feel like you're flying over breathtaking places like Dubai, the Swiss Alps, or the Hawaiian Islands.

Experience the high-flying fun every evening except Monday. iFLY is open until 9 p.m. on Thursday and Friday. It closes at 8 p.m. on Saturday and 7 p.m. the rest of the week. 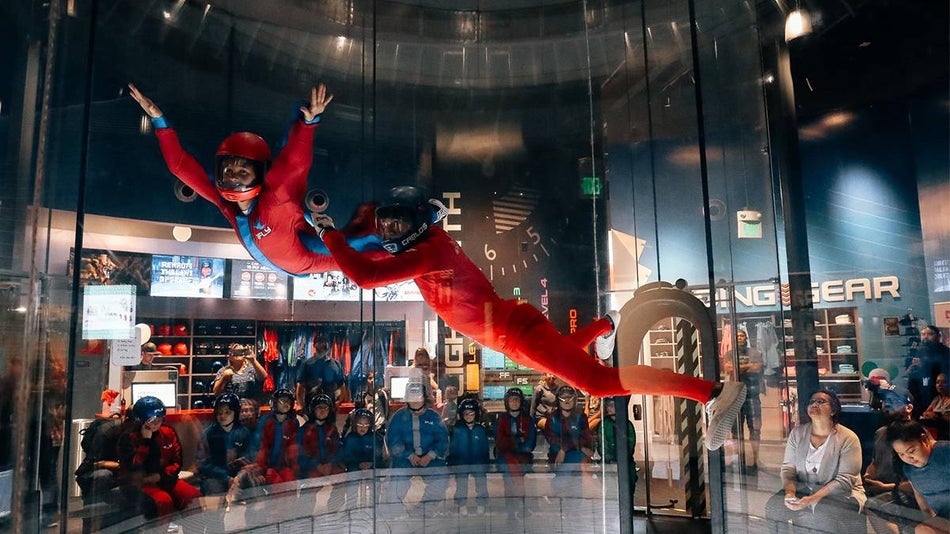 Enjoy top-rated performances at the Seattle Opera with captions in English so you can immerse yourself in the storyline and all of its captivating drama.

Kick it old-school style with beloved arcade games reminiscent of simpler times. Then, challenge your friends to a game of Galaga or Mortal Kombat and take a break by sipping on drinks in between. Seattle barcades are the best of both worlds!

Arcade games make happy hour even happier. Check one of these locations out:

For the best chance of living night at the museum, an evening visit to one of Seattle's museums is a must. There are multiple archives to choose from, so hit them all or pick your favorite!

Not a big museum buff? Unconventional museums such as the Seattle Pinball Museum might be more in your wheelhouse. This museum pays homage to the classic entertainment of yesteryear.

Related Post: Seattle Outdoor Activities: 9 of the Most Epic Adventures

Around 50 playable pinball machine games comprise the museum's collection. Challenge your family and friends to name the pinball champion by the end of the night! The museum is open until 8 p.m. Friday through Sunday. 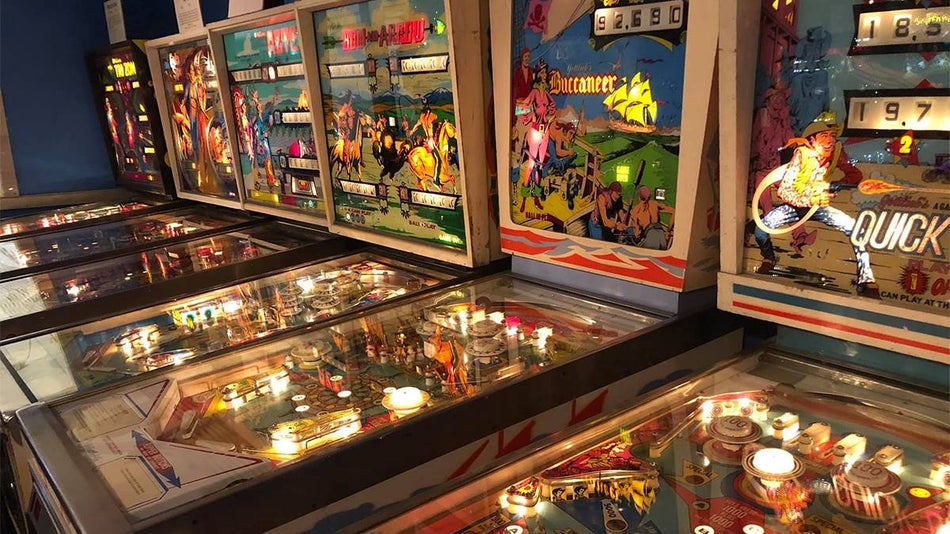 The creation of the Bellevue Arts Museum in 1975 blossomed from an art fair held in 1947. After undergoing various renovations, the museum now stands as a permanent tribute to arts, crafts, and design.

Wander through the museum for an inspiring cultural experience. The doors are open until 5 p.m. on normal open days, but the word on the street is you can walk the gallery all the way until 8 p.m. on the first Friday of each month.

Although the general market closes earlier, some individual businesses stay open later into the evening. Check their hours online before your visit!

Established in 1907, Pike Place Market is a Seattle staple for local farmers, artisans, business owners, and city residents. It's the city's original farmers' market and is frequently tagged the "soul of Seattle."

This nine-acre historic downtown area is filled with specialty shops boasting a diverse collection of local and imported goods that will make you ooh and ah. It's also a treasure trove of delicious foods, which makes for some excellent taste testing.

Pro Tip: If you're looking to stop for dinner while here, The Pink Door serves up Italian-American fare and is a market favorite!

While Pike Place Market has quite a reputation, the downside is that this inevitably means lots of crowds and parking chaos. However, the newer Melrose Market is an up-and-coming alternative market that you won't want to miss.

Melrose Market stands at Pike-Pine's west end on Capitol Hill and is contained in remodeled buildings originally constructed in the 1920s that were converted to their present state in 2010. Its multiple food and retail businesses are all indoors, which makes strolling the market a great nighttime activity.

A trip to Rain City isn't complete without heading to the Olympic Mountains. There's no shortage of wilderness to explore in the nearly one million acres that make up Olympic National Park. Mountains, rain forests, and coastlines all comprise this diverse landscape. Some of the many activities to fill your time include hiking, tide pooling, and fishing.

You can spend the entire night here at a campground or simply stay until the stars come out. When the area gets drier in the summer months, the night skies, free of light pollution, are spectacular. The Hurricane Ridge Astronomy Program allows you to scope out the wonder of the night sky with the help of an experienced guide. 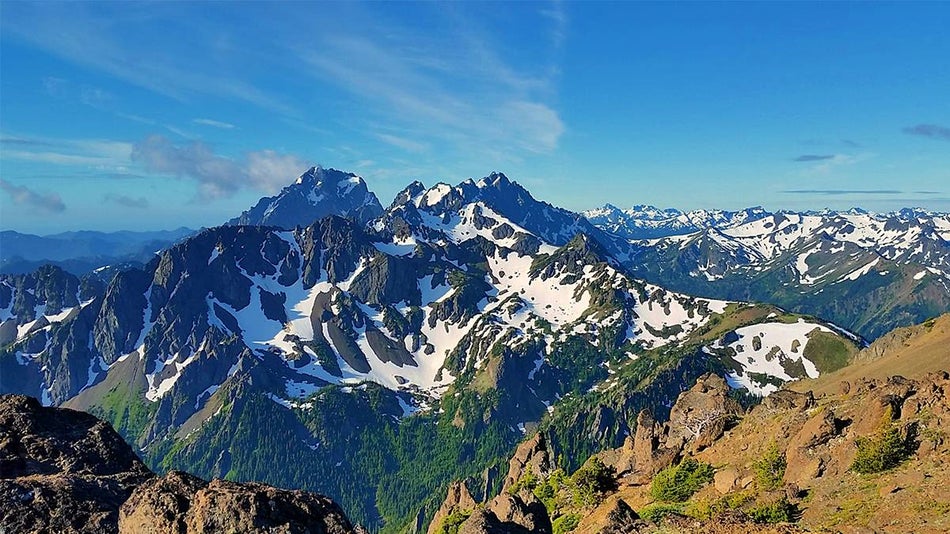 Located in the middle of downtown Seattle, Lake Union is a nature haven for city slickers to take a break. Hang out on the shore at a greenspace or restaurant, like the White Swan Public House. Or, get splashed on a kayak or stand-up paddleboard.

Whether you want to laze on the bank or get active in the water, there's nothing like an evening spent at the lake.

Roaming the many neighborhoods of Seattle is another way to explore the lay of the land. Take a walking tour and stop by a charming shop or hole-in-the-wall restaurant where you can start a conversation with a local. In addition, you can drive around and admire the houses and buildings.

Some favorite neighborhoods include Pioneer Square and Queen Anne, but there are many to choose from!

Which Top Things to Do in Seattle at Night Will You Try?

The Jet City fun doesn't have to end once the sun goes down. Swing by Seattle for a dreamy evening filled with exciting activities!

What is your favorite thing to do at night in Seattle?

Let us know in the comments below.