New Year's in Hawaii: Things to Do and Where to Celebrate

If you’re tired of stereotypical mainland New Year’s Eve festivities, it might be time to try celebrating in Hawaii. Replace that party with a luau!

Escape the hustle and bustle of the continental United States and head to the Hawaiian Islands to spend the holiday! This Hawaii New Year's Eve will go down in Hawaiian history.

Let the former year wash away on the sandy shore under the light of a tiki torch as you rest and relax to prepare for the upcoming year. The islands come to life with a myriad of parties and family-friendly events to help you revel in the finale of the year.

Don’t get bogged down by all the options when you go to Hawaii for New Year's. Let us help you wade through your choices so you can easily plan a dreamy Hawaiian New Year’s Eve!

Leave the stress at home and grab your sunnies for a beachy celebration like never before. Follow along as we tell you everything you need to know to have the best Hawaii New Year's celebration ever.

Special New Year’s Eve events across the islands will get you in the 2023 spirit! Hawaii NYE, here you come.

The oldies mix with current pop hits for a magical musical experience that will have you humming into the new year.

Best of all, this Legends in Concert show features a Hawaiian twist! Additionally, we recommend upgrading your ticket for the VIP experience.

Photo Alert: Try to snap a picture with the performers after the show to leave your followers star-struck!

All aboard! A cruise on the ocean waves under the dazzling glow of the firework display is the perfect way to spend New Year’s Eve in Hawaii.

There will be a DJ on board, so you can dance the night away. Drinks are included with your ticket! Boarding starts at 10:30 p.m. Get your tickets before they sell out so you can say "Happy New Year" on the water.

With 2023 comes the hope of a bright future! Before you leave the past behind, travel in time to a different era of music.

At this timeless New Year’s Eve party, DJs will be playing all your favorite oldies from the 70s, 80s, and 90s throughout the night. It’s time to get down for New Year's Hawaii!

This month-long event runs until the end of December, so catch the dazzling holiday sight before it’s gone! In its 38th year, Honolulu City Lights is a Hawaiian favorite. Visit the Honolulu Hale grounds to get in on the holiday fun.

The Chief’s Luau at Wet ‘n’ Wild will give you the full Hawaiian experience. Chief Sielu Avea is the star of the show as a fire knife-dancing world champion with a sense of humor to boot.

Fully immerse yourself in the culture of Hawaii when you learn how to weave headbands, hula dance, and start a fire by rubbing sticks together before the show! The all-you-can-eat Hawaiian feast doesn’t disappoint, either.

Voyagers of the Pacific Luau

Spend New Year's celebrations in front of the ocean this year! At the Voyagers of the Pacific Luau, a Polynesian revue with the ocean in the background will keep you entertained all night. A mix of fire artists and dancers brings the show to life!

An all-you-can-eat buffet gives you a true taste of Hawaii. Start out your meal with fresh, local pineapple. Then, indulge in locally-caught fish. Finally, usher in the New Year in Hawaii with a delicious slice of coconut cake!

Delight your senses with a swirl of Hawaiian culture at the Luau Kalamaku.

Enjoy a portrayal of the ancient Hawaiian legend of Kalamaku performed “in-the-round,” which means there are no bad seats. Hawaiian games, crafts, demonstrations, and cuisine kick off this unforgettable night. 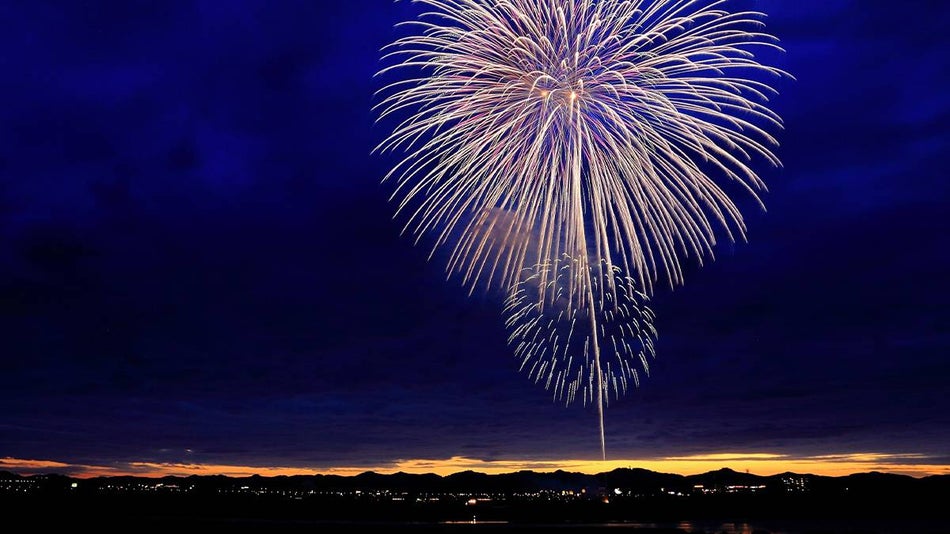 Where to See Fireworks on New Year’s Eve in Hawaii

Start the new year with a sizzle and a pop! There are spectacular fireworks shows throughout the Hawaiian Islands on New Year’s Eve. The reflection of the sparks over the ocean is a dreamlike sight to behold.

Here are some of the top places to snag a spot under the blaze for New Year Hawaii:

The evening hours are the star of the show on New Year’s Eve, but there’s still an entire beautiful Hawaiian day waiting for you to fill before you head to your luau of choice!

Whether you're spending New Year's in Maui or on one of the other islands, there are activity options galore.

Pro Tip: If one of your resolutions is to save some dough, we’re here to help! Find all the best deals on Hawaiian attraction tickets and hotel stays at Tripster.

If you have a thirst for adventure, Hawaii delivers with these attractions:

The Best Eats on New Year’s Eve in Hawaii

Hawaii’s cuisine is a hodgepodge of vibrant flavors. From fruit to fish, there’s no shortage of fresh fare on the islands. When it comes to New Year’s Eve dinner, let your cravings be your guide.

Good restaurants tend to be extra crowded on holidays, so don’t forget to call ahead and see if you’ll need reservations or if there are any changes in holiday hours!

You’d be amiss if you visited Hawaii without stopping by Mama’s Fish House! Be sure to book ahead, though, as this popular spot is usually hopping.

The Azure Restaurant is an upscale restaurant with an equally exquisite menu featuring fresh seafood.

We get it -- seafood isn’t for everyone. However, we recommend The Signature for all your landlubber cravings.

When in Hawaii, dine as the Hawaiians do. At Chef Chai, the food fuses Hawaiian and Asian fare for an authentic taste of Hawaiian culture.

You probably won’t want to go here for dinner, but Hale’iwa Bowls is a hotspot for fruit smoothies! Grab one for a snack during the day.

Pro Tip: Needing a place to crash after your New Year's Eve party? Mauna Lani is a luxurious resort that won't disappoint. If you're spending New Year's Eve Honolulu and a little budget-conscious, book a cheaper stay at the Modern Honolulu instead! 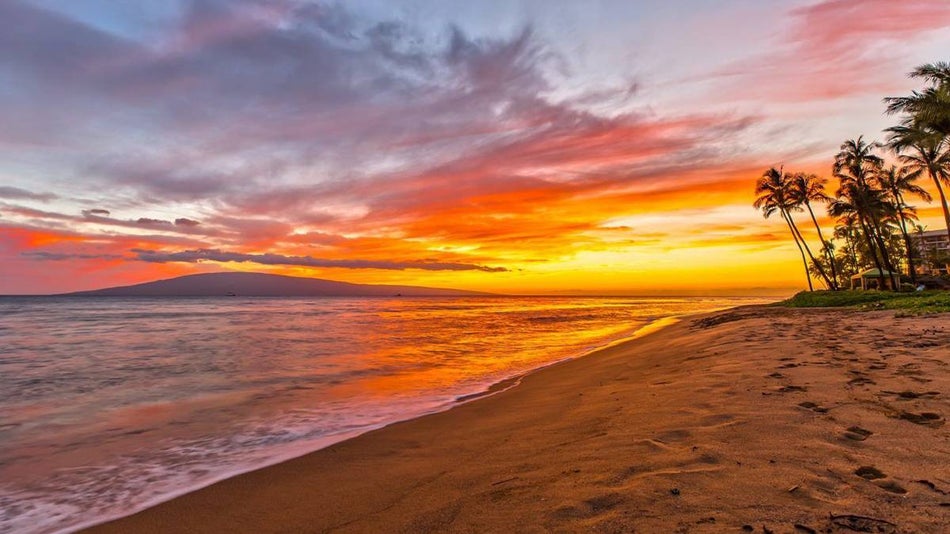 How Will You Celebrate Your Hawaii New Year’s Eve?

Imagine the lull of the waves, the warm, balmy air, and the sun-kissed sand beneath the palms. Ah, paradise on earth! Is there a better place than Hawaii to ring in the new year?

Whether you prefer a lively luau, fantastic fireworks, or another exciting event, there is plenty to do on New Year’s Eve. If you want to start off the new year as a beach bum, we don’t blame you.

A trip to Hawaii may sound a little pricey at first. But never fear penny pinchers! Book your Hawaii vacation with Tripster to snag the best deals.

Pro Tip: Before you board the plane, use our Hawaii packing list as a guide to figure out what to pack and what to skip when filling your suitcase!

Which Holiday is Your Favorite to Celebrate in Hawaii?