Grab your tickets for the Home Free tour at the Mansion Theatre in Branson! The acclaimed all-vocal group Home Free performs with special guests, including the rising trio Texas Hill and Rolling Stone lauded “guitar heroine” Caroline Jones. Indulge in a night of music, humor, and holiday spirit at this fantastic Home Free Family Christmas tour.

The all-vocal country sensation Home Free is bringing Nashville country standards, and country-dipped pop hits to town (and having a great time doing so). The band comes to town on the heels of their most recent full-length album release, TIMELESS, bringing with them new music, new jokes, and new production.

Home Free has become a household name, amassing more than 185 million YouTube views and entertaining more than 300,000 people live in concert since bursting on the national scene in 2013. The 5-man band has become known for their show-stopping performances that mix their signature no-instrument, all-vocal music with their quick-witted humor.

Their fourth studio album, TIMELESS, was released on September 23, 2017, via Columbia Records and debuted at the No. 2 spot on the Billboard Country Albums Chart. This release marks the 4th consecutive top 5 Billboard debut for their album.

Audiences can expect new music and new stylings, plus country hits like Maren Morris’ “My Church,” pop slams like Shakira’s “Try Everything,” and fan-favorite classics like the calypso-infused arrangement of Johnny Cash’s “Ring Of Fire.” 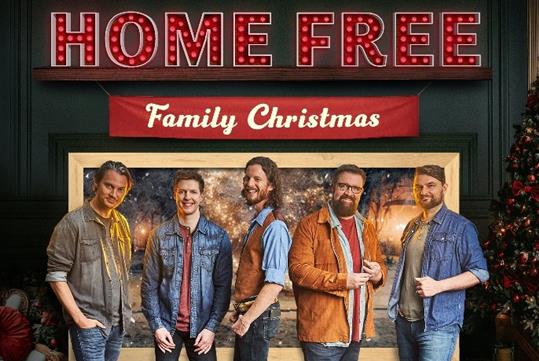 Have you been to Home Free Family Christmas Tour with Texas Hill & Caroline Jones? Share your knowledge and be the first to review this.
Write a Review
Back to Top

Where is the concert performed?

The show is performed at the Mansion Theatre for the Performing Arts located at 189 Expressway Lane, Branson, MO 65616.

When should I arrive for the show?

Can I take pictures during the show?

How many seats are in the theater?

The Mansion Theatre houses 3,000 seats throughout the floor, mezzanine, and balcony.

Yes. Handicapped seating is available, and the venue aisles are spacious.

Yes. In addition, a guest drop-off is available at the front of the building in the circle drive.

Is this show appropriate for children?

Yes. Home Free with special guests Texas Hill and Caroline Jones is a family-friendly tour and suitable for all ages.