Package Starts at (USD):
$67.25
plus
tax
Price based on 1 adult. Customize to see price.
Need Help? Contact Us!

Reza, the world-famous illusionist, returns to Branson for a limited time only. Watch as Reza performs the impossible right before your eyes. Audiences are mesmerized as Reza makes a real-life helicopter appear out of thin air, performs fire stunts, and grand scale illusions. You never know what will appear, or disappear, next!

from Reza - Edge of Illusion
BRANSON'S ONLY TOP 10 ILLUSIONIST!
Reza "Edge of Illusion, is a fresh, ground-breaking spectacle merging signature grand scale illusions (like the split-second appearance of a real helicopter) with incredible interactive magic. Hailed by critics as of the world's top illusionists, Reza has sold out venues across North America as well as astounding over 30 million viewers from across the World on popular reality shows including the current seasons of A&E's Duck Dynasty, CW's Penn and Teller: Fool Us, and Japan's Wonders of the World.

Reza is recognized as one of today’s most highly sought-after entertainers in the touring illusion industry, delivering innovative, engaging and spectacular performances worldwide. 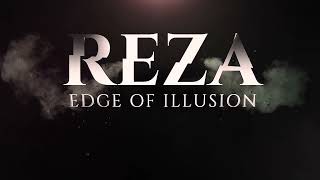 30 Reviews sorted by:
Write a Review

John Landry
Eldorado, AR
1 Review
Verified Traveler
"Best of the best"
December 2021 NEW
Great show we even got back stage passes. Very impressed with the the experience from start to finish
Read More
Tip: It is awesome and well worth the money .. wife and son got to be part of show

Joyce Cox
Wellington, KS
3 Reviews
Verified Traveler
"Fantastic Show!"
July 2021
Reza is the best magic show I've seen. He involves the audience and even children in some of his acts. Outstanding showmanship and entertainment for all!
Read More
Tip: Children tickets are free.

Amy W.
1 Review
"Great show."
July 2021
Our family really enjoyed the show.. Our only issue was we bought tickets at the 2 for one place. The lady told us to go to the building for Reza so we could pick our seats so we did. The guy told us we should have booked with them, he put us in a section where it was 1 thru 11 seats. The guy at the desk put us 6 thru 10 NO one else sit on the isle or on our row. He could have put us 1 thru 6. It's sad someone has to be this way.
Read More

Tripster Customer
Saint Joseph, MO
3 Reviews
Verified Traveler
"Great show"
July 2021
My 4yr old and I loved the show. He was amazed by the performance. Lots of audience participation in some tricks. Nice blend of humor in with the show.
Read More
Tip: Multiple photos, backstage passes and magic tricks offered for sale during the show

Roxanne O.
Kansas City, MO
4 Reviews
Verified Traveler
"BEST EVER"
July 2021
This is a DON'T MISS SHOW. The BEST I have ever seen and I have seen almost all of them.Copperfield, Penn n Teller,Kirby,Thomas and on and. He has a LOT of audience participation "lot with the kids too" and really goes out of his way to put on a GREAT show. Every kid should get to see this. And not just because I got to participate lol. I haad seen this trick dozens of times. He asked me to name an old candy bar, the first only a couple people knew what it was, so he asked for another. When he produced the latter, ok? but when he also pulled the first one out. BEYOND AMAZING
Read More
Tip: LOT of audience participationHave something in mind that you think would be very hard to do before getting there. You may be one called on

Amber Miller
Papillion, NE
2 Reviews
Verified Traveler
"Reza"
June 2021
We attended the Reza show for our anniversary it was an amazing show . We also did the vip experience and it was amazing to meet him in person .
Read More

Charlee Kersh
1 Review
"Reza"
May 2021
Reza is a amazing performer he did such a incredible job on stage with everything he did. He did hit a bump in the road with the technical difficulties but that didn’t stop him from performing. He kept on going on making a amazing performance for everyone. He is a amazing magician I 100% recommended going to see his show to see how amazing he is. He really blew my mind.
Read More
Tip: 1.Be prepared for a amazing performance 2. Have a good time How long is the show?
The show is approximately 2 hours long.

Is food served at the show?
No. This is not a dinner show.

Is this show appropriate for children?
Yes. However, parents should be warned that Reza does use power tools, fire, and other large-scale objects during his performance that may frighten younger children.